Daniil Medvedev has been labeled a chess master on the tennis court, but he’ll have to prove it over and over again to defeat the Novak Djokovic in the house he has owned since 2008. 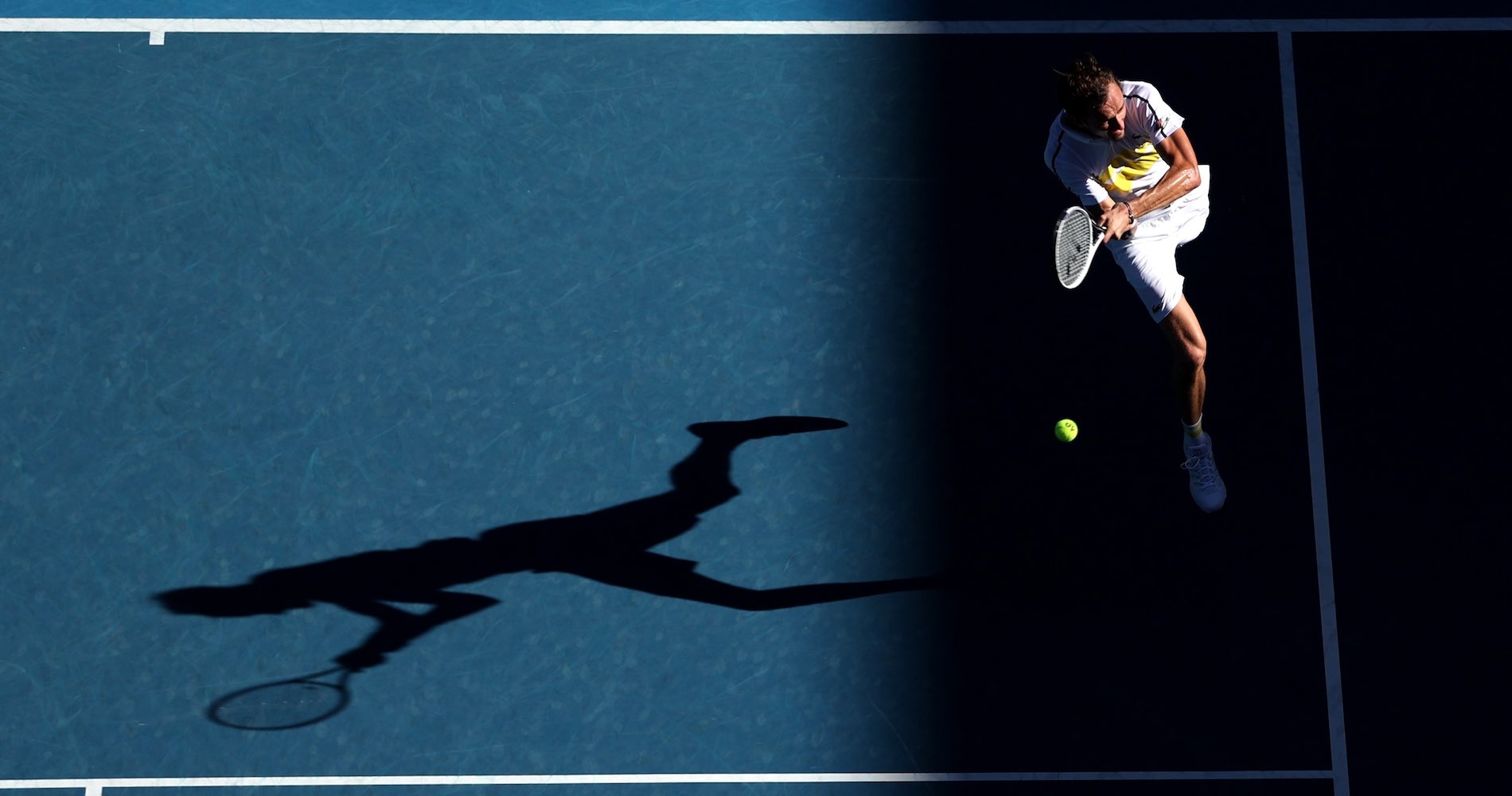 Make no mistake about it: Rod Laver Arena is Novak Djokovic’s house, and it has been for some time. But rising Russian Daniil Medvedev hopes to steal away with the keys to the castle on Sunday when he meets the eight-time champion in the Australian Open final (7:30 pm local time).

The eyes of a casual viewer might see a mismatch when it comes to Sunday’s final – the tournament’s greatest champion, who has never lost a final in Melbourne, against a first-time Australian Open finalist that is still very much learning the ropes of playing in the sports’ biggest stages.

Tale of the Tape:

But closer inspection reveals a fascinating battle unfolding. There are few players with the means to take Djokovic out of his comfort zone on a tennis court, but Daniil Medvedev has proven to be one of them over the pair’s last seven meetings.

There won't be any holding back when these two face off! 🔥🔥@DjokerNole | @DaniilMedwed | #AusOpen pic.twitter.com/Lxks18wnQH

“Medvedev has exactly the type of game that Novak hates,” Patrick Mouratoglou told Tennis Majors, some months ago, in a sentence that still rings true. “What does Novak love? He loves pace. He loves when the opponent attacks him and gives him angles. What he doesn’t like is when you don’t give him angles and you don’t give him pace, and you become more patient than him.”

Two rare qualities make Medvedev a matchup nightmare for any player on tour: first, consistency. The Russian is able to lengthen rallies and probe his opponents with his uncanny steadiness. Second, court coverage. Forget about Medvedev moving well for someone 6’6” – he moves well, period. Add to that his keen sense of anticipation and he is probably the most difficult player on tour to hit winners against.

Djokovic is well aware of Medvedev’s strengths, having faced him seven times and lost three of those battles. He’s also aware that the 25-year-old Russian has tapped a rich vein of form over the last four months. Medvedev enters the final on a 20-match winning streak (he’s the sixth active ATP player to own a streak so long and the other five are all Grand Slam champions) and has won his last 12 matches against top 10 players.

“Medvedev is playing at an extremely high quality,” Djokovic said on Thursday after his semi-final victory over Aslan Karatsev. “He’s just the man to beat, you know.” 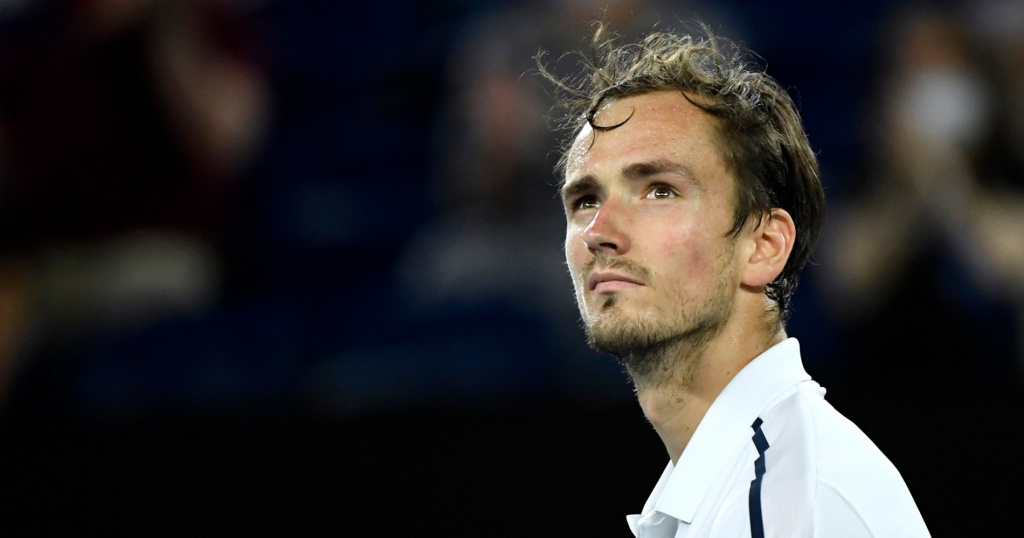 The world No 1 will have to submit himself to long, grueling points to gain the upper hand on Medvedev and, if his press conference is any indication, he’ll look to attack Medvedev’s forehand when given the chance.

“Forehand maybe was his weaker shot, but he has improved that, as well,” said Djokovic. “Backhand is as good as it gets. He’s so solid. He doesn’t give you much. But he’s not afraid nowadays to attack and get to the net and take it to his opponents. He’s just so solid. Also, I heard Jim Courier calling him a master chess player because of the way he tactically positions himself on the court, and it’s true. You know, he’s definitely a very smart tennis player.”

In addition to attacking the forehand, Djokovic might want to move Medvedev around the chess board and bring him into net, where he can be like a fish out of water sometimes. Don’t be surprised if we see the return of the Djokovic dropper in full force on Sunday night.

Medvedev has gained a lot of confidence from his seven meetings with Djokovic. He has won “only” three but clearly feels confident facing the 17-time major champion, especially given how well he is executing his gameplan at the moment. His confidence will only be bolstered by his last two Australian Open victories, over Andrey Rublev in the quarter-finals and Stefanos Tsitsipas in the semi-finals. The Russian was untouchable in both matches against two of the hottest players in tennis at the moment, and he’s looking forward to taking on one of the greatest challenges that tennis has to offer on Sunday.

“I like to play against Novak,” he said. “We have, since the first one when I was ranked 60, we had always tough matches physically, mentally.” 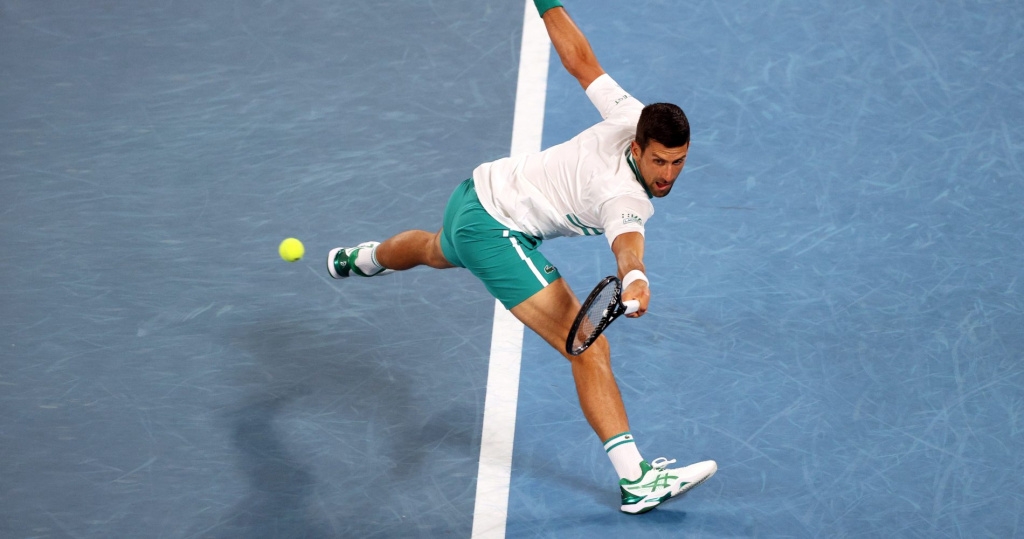 Mouratoglou believes that the Russian has the perfect set of tools to frustrate Djokovic.

“The only way to beat the best Novak, is to get him bored,” he said. “One year, Gilles Simon did this in a Grand Slam and he almost beat Novak. He played everything in the middle with no pace, and he was covering the court so well, and Novak was bored. He was starting to be not as precise with his legs, because when you don’t move him much, he doesn’t have the same movement quality, and he started to make mistakes and get bored.”

When you factor in Medvedev’s sneaky aggressiveness and his ability to rip flat winners from well behind the baseline, you can see why Medvedev might succeed with this type of tactical approach.

“He loves to counterpunch you, he loves to tell you ‘Here is the ball, hit me,’” Mouratoglou says of Medvedev. “You hit him on the side and then he cuts the trajectory and hits you back down the line or cross – he loves to do this.”

But let’s not forget the Djokovic aura

Medvedev is the hottest player on tour at the moment, but we must remember who the true boss of the Australian Open is. That would be Djokovic – the one who is bidding to win his third consecutive title in Melbourne for a second time. If beating Rafael Nadal on the terre battue is tennis’ most difficult task, then taking out Djokovic inside Rod Laver Arena must be a close second.

With his abdominal injury cloud dissipating, Djokovic finally finds himself rounding into top form ahead of Sunday’s title match, and that is a scary proposition for any player to face. Djokovic was virtually flawless in his takedown of Aslan Karatsev in the semi-finals and he hopes he can be even better on Sunday night against Medvedev.

“Before the last match in a Grand Slam, there couldn’t be a better timing for me to play my best tennis,” he said after ending Karatsev’s hopes in three tidy sets. “I’m also happy that I have two days off now. Still recovery is the priority. Played enough tennis. I’m feeling great on the court.”

Playing for history, and to build his legacy, is something that Djokovic lives for these days. At 33, and still behind Roger Federer and Rafael Nadal in the Grand Slam title count by three (20 for them, 17 for him), he knows the time is now to bank more major titles. He’s hopeful that his invincibility will continue in Melbourne on Sunday.

“Of course it contributes to more confidence, you know, prior to coming into the finals knowing that I never lost in the finals or semi-finals just makes me feel more comfortable being on the court,” he said, referring to his Australian Open dominance. “But each year is different, although it does have a mental effect on me, maybe on my opponents, I don’t know, but on me it does definitely have a positive effect.”