Medvedev’s coach left the stadium: “for sure it was a good thing to do”

Daniil Medvedev and Gilles Cervara weren’t seeing eye to eye on Day 6, which is why the coach left the stadium during the match. Medvedev tells his side of the story. 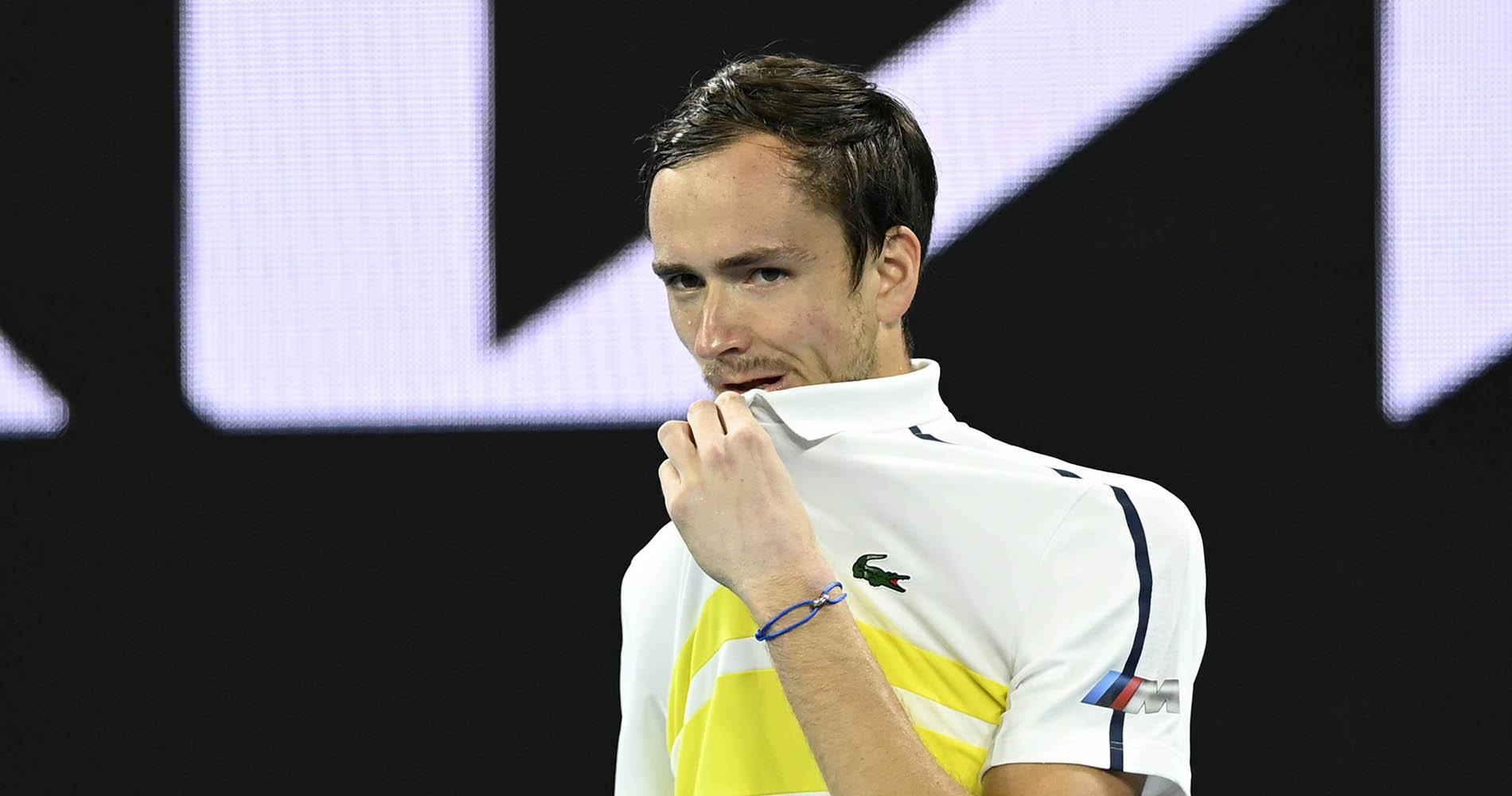 When Daniil Medvedev dropped the third set against Filip Krajinovic during his 6-3, 6-3, 4-6, 3-6, 6-0 victory on Saturday in Melbourne, the Russian vented his frustration on his longtime coach Gilles Cervara. The Russian walked to his chair ranting and continued to yell as he started to peel a banana.

“You lost it!” Medvedev screams in French.

"He said just before leaving that he's sure I'm going to win the match, but he's going to leave me alone to be more calm."

Cervara was at a loss for words as an angry Medvedev kept giving him the evil eye before he finally went off court for a toilet break. Relations between the player and coach didn’t improve in set four and Medvedev eventually banished him with a wave of his finger at 4-1 in the fourth set.

Having seen enough, Cervara picked up his gear and left the stadium, leaving Medvedev’s wife Daria as his lone support courtside.

Whatever went on between the two, it didn’t stop the No 4-seeded Russian from finishing his day on a high note. He entered the day with an 0-6 record in five-set matches but on Saturday when it came down to a one-set shootout he dropped a bagel on Krajinovic.

Afterwards, the Russian gave his account of what had happened out there between himself and Cervara.

“He said just before leaving that he’s sure I’m going to win the match but he’s going to leave me alone to be more calm, actually,” Medvedev said. “So I won’t tell more, and that was a good thing to do. Luckily I won. … I’m really happy that I got the first five-set win.”

Daniil Medvedev's coach Gilles Cervara left mid-way through the match after copping some heat from the Russian star.

Not the first time Cervara and Medvedev had had big tension

Last year on the Tennis Legend Podcast, Cervara recalled another tense moment in the pair’s history. It was in the 2019 US Open final when Medvedev was two sets to love down against Rafael Nadal.

“At some moment when he’s two sets down, I stand and applaud,” Cervara said. “I wanted to convey: ‘Continue, you are playing well, the guy in front of you is incredible, but please go on. Keep the energy’. Technical adjustments needed to be made, but I couldn’t share them, it was not the time.”

Cervara says that a frustrated Medvedev was not very happy with the gesture.

“Then he looks at me, like laughing at me: ‘You think that is good? Come on!’ So there, I started to think, and it’s not the first time, ‘You don’t care? You really don’t care ? So I don’t care either!’ And I almost lay down on my seat, cross my legs like I am on the beach, saying and doing nothing. My body language meant to say: ‘I don’t care. You’ll have lost in 20 minutes and a final is fine if it’s enough for you’. From there, it all changed. He really started to play, he was more aggressive, going to the net… It paid off in the moment.”

A big moment in his development

It was last year at this time that Medvedev lost his sixth consecutive five-setter against Stan Wawrinka in the round of 16. If there has been one knock on the Russian as he has rapidly climbed the rankings it is that he has been unable to win this type of match at the majors. Top players like Novak Djokovic (33-10 in five-setters) and Rafael Nadal (22-12) make hay during crunch time at the Slams, and until today Medvedev was very much uninitiated.

He has done his part to quiet the doubters on Saturday in Melbourne.

“I remember many of these five set matches,” Medvedev said on court after the match. “I think in like three or four of them maybe I was a break up, or something like this. I always say experience is the key for me so this fifth set I felt like, of course it was tight, but as soon as I got the break I was under control.”

After the match, a much cooler Medvedev told reporters that his improved play in the fifth set was connected to his coach’s decision to leave the stadium.

“Yeah, it for sure was connected,” he said. “I don’t know what was going through his head, but at least what he said is that he was sure I’m going to win, and he just wanted to leave me alone to be calm, because as myself, as human, that’s why we can have, let’s call it, some frustrating moments, both of us, because we both want to win. Him as a coach, me as a player, he wants me to win so he felt like that was the best thing to do.”

Credit Cervara for knowing the right time to pack up and let his player take care of his own business. And credit Medvedev for getting the hard-fought victory, despite the obvious tension that he was feeling.

“This time, for sure it was a good thing to do. I’m sure it happens, I don’t know, once per year, two times per year maximum, maybe once in two years, but today it helped, and definitely we’re going to talk about it a little bit, but there is not a big deal; let’s call it like this.”