People were waiting for their input regarding the turmoil of the first days of qualifications. Well, Rafael Nadal and Roger Federer have decided to look to the bright side and trust Tennis Australia. 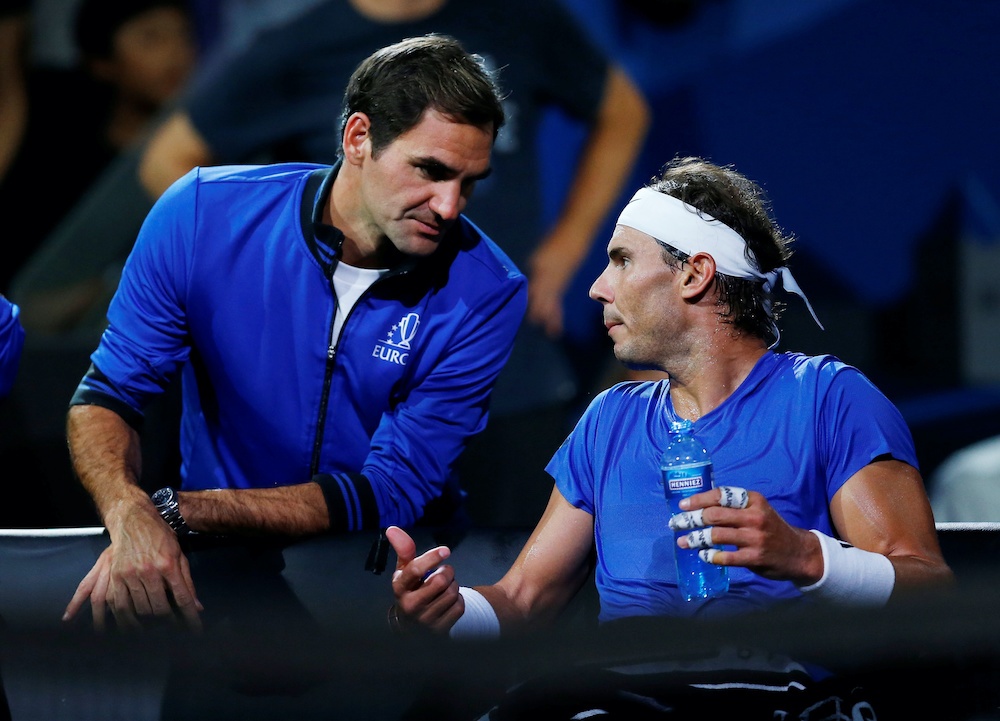 There will be no revolution. yes, Denis Shapovalov said on Saturday that he’d refuse to play if the smoke was coming back as bad as it was for the first day of the qualifications. Yes, Vasek Pospisil called for a players’ Union. Yes, again players like Nicole Gibbs voiced their concerns for their health when they’re put out there with very little information about what their health is risking.

But when Rafael Nadal and Roger Federer come to press and say they’re not worried and that the information now given by the event is enough for them, you know there won’t be any revolution. Nothing moves in that tennis world if it doesn’t start from the top. Novak Djokovic, president of the players’ council, said from Brisbane earlier in the month that the Australian Open should start to think about different plans to protect the players’ health, and that the council will weigh in but, since then, he hasn’t voiced an opinion.

He will have the chance to do it on Sunday when he comes to press and, viewing his known respiratory issues, he might have another opinion than his rivals. But it more seems that Federer and Nadal’s positions on the debate are reflecting the overall view of the players’ council.

And as the air quality has gone much better lately and as it should now be more or less fine through the tournament, it’s tough to see the Big 3 entering a feud with the tournament for what happened at the start of the qualifications. Those three are picking their battles, and it doesn’t seem they’re going to go for this one. They’re happy with the scale given by the Australian Open that says that when the air quality reaches a 200 mark in their system, play will be stopped.

“I don’t worry”, said Federer. “From what we were told in the players’ meeting, the Olympic Games and other competitions have the numbers set at 300. Ours is set at 200. From that standpoint, I think we’re moving in a very safe range. We’re not here for six months straight at over 200, 300. We can stay indoors all day, quickly go out and play, go back in again. It’s not like we’re stuck outside at all times. Maybe that message comes a bit late after the ATP Cup is over, after qualifying is over. I think communication is key from the tournament to the people, to the media, to the fans, to the players, because you do hear it’s not safe to be outside, keep your pets inside, close your windows. You have court calls, then you look at the haze and everything, it doesn’t look good. I think we’re going to get through it and it should be fine.”

Nadal was of the exact same opinion. The Spaniard is putting all his trust into the hands of the medical staff of the tournament and doesn’t intend to let the topic be too much on his mind at all.

“I received an answer that convinced me. They told me that they have the right specialists here analyzing and monitoring every four minutes the air, that with some parameters we don’t play. What I receive on the answer is on the ‘Olympic rule’ is until 300 you can keep competing. So when I receive an answer that the most important committee in the world of sport allowed the people to compete until 300, and we are going until 200. I really cannot believe that the most important committee in the world wants bad health for the competitors. So that answer convinces me. I am here to play. Hopefully, the situation doesn’t come back to the negative numbers. The only thing that the tournament can do is listen to the specialists, listen to the doctors, and then make the decision based on what the doctor says. If the doctor says it’s no problem, why not going to play?”

Some voices have been concerned about the silence of the two stars when their fellow players were in distress on the courts earlier this week. But both Federer and Nadal said on Saturday that they did their job: they asked the tournament to give answers.

“I was in the office that day to ask what’s the situation”, explained Federer. “Asking ‘how far are we from that threshold of playing, not playing?’ I said ‘I think we’re all confused. Is it super unsafe or is it totally safe to play?’ The problem on top of it, it was actually quite hot, too. So what can I do? I can go to the office, speak to them: I went to them the first day when it was bad on Tuesday, the next day on Wednesday when it was still bad. I told them, ‘Look, communication is key for all of us. We just need to do more because I feel like I hadn’t gotten enough information. Can I go on court and say, ‘Everybody stop play’? I can try. I don’t think that’s going to do much. I don’t think I can do more than what I did. At the end of the day, we all care for one another.”

The Spaniard was again on the same page: he did what he could.

“When I heard the players had issues, the only thing I can do is go to the tournament director’s office, ask what’s going on, because I have been practicing those days, too.”

Having those stars on their side was mandatory for Tennis Australia, and luckily for the organization they found the right words to appease them.