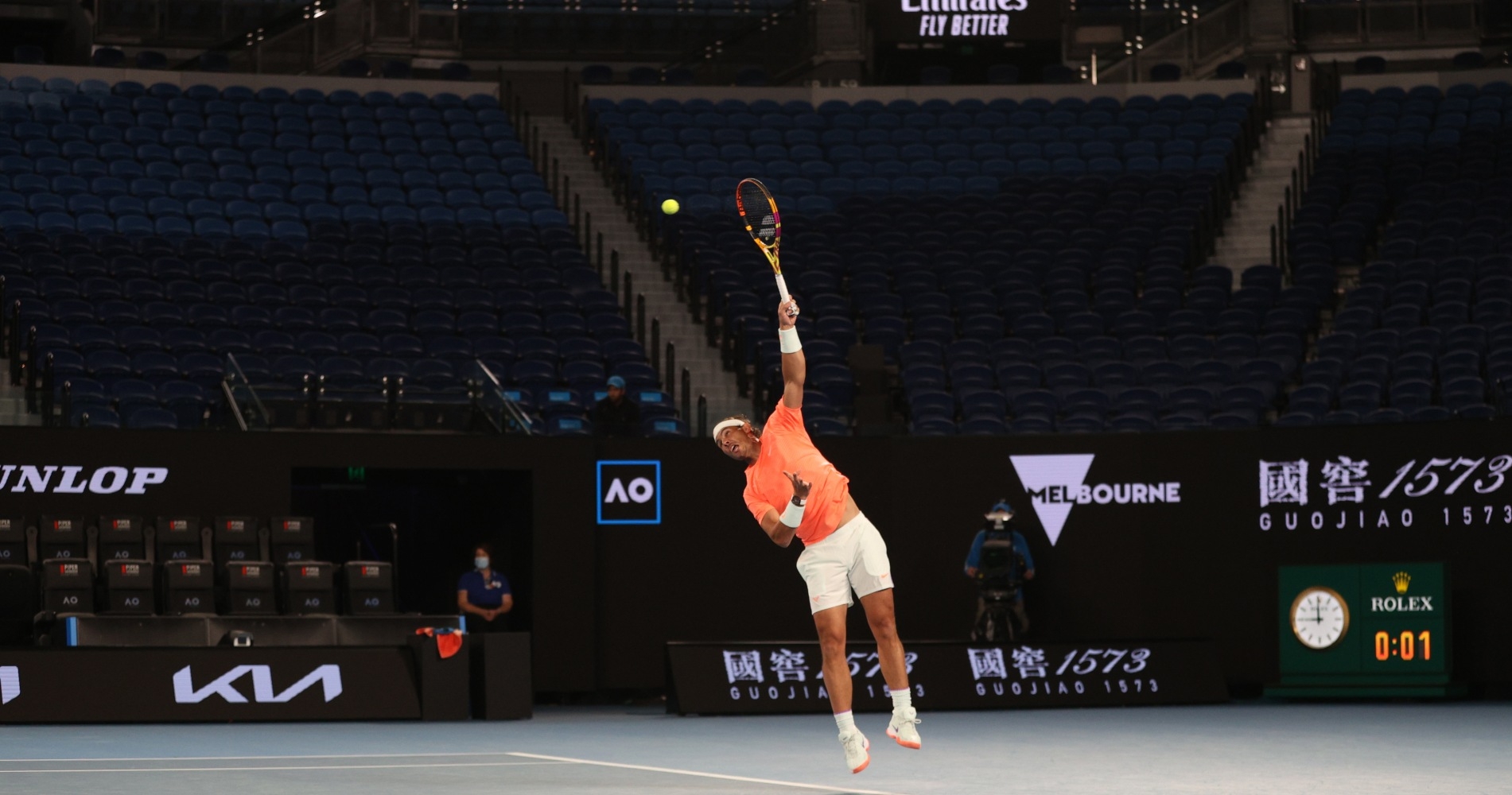 World No 2 Rafael Nadal maintained his impressive first week at the Australian Open on Saturday with a 7-5, 6-2, 7-5 win over Britain’s Cameron Norrie, moving him a step closer to a record 21st Grand Slam title.

The Spaniard, who has had to adapt his service action this week due to a troublesome back, found Norrie an obstinate opponent throughout but looked good as he came through in two hours, 13 minutes on a cool evening on the Rod Laver Arena, played in front of empty stands on the first day of Melbourne’s five-day Coronavirus lockdown.

The record for 2️⃣1️⃣ Grand Slams is still alive 👀

Another #AusOpen, another round of 16 appearance for @RafaelNadal.

“He came here winning a couple of very good matches,” Nadal said, paying tribute to Norrie’s display. “I think I didn’t convert the opportunities I had at the beginning of every set so the situation became more difficult. But I’m happy, good feelings. Of course I need to keep improving but tomorrow, another day to practice. Into the second week, that’s the main thing for me. Now I’ve had three really good matches which will help me for Monday.”

Nadal: “Back is getting better”

The good news for Nadal, though, is that his sore back, which stopped him from playing any matches at last week’s ATP Cup, seems to be improving.

“Today is better, yeah,” he said. “First day I feel an improvement, and that’s the most important thing for me today, more than any other thing. Today is the first day that I started to serve again my normal serve. But yesterday I didn’t practice, so today just warming up with the normal movement. It has been an important victory for me. The biggest victory is the back is better for the first day. So that’s the most important thing.”

Norrie, who upset fellow Briton Dan Evans to reach the third round, tested Nadal with a fine performance. The Briton broke serve to lead 3-2 only for Nadal to hit straight back with a love hold. One more break gave Nadal the first set and he cruised through the second before Norrie put up a good fight again in a close third set.

Nadal has now won 30 consecutive sets in Grand Slam tennis, having won his record 13th Roland-Garros last October without dropping a set. And even though there were no fans to see it, Nadal said everyone had to do the right thing.

“Of course, the feeling is completely different,” he said. “Nobody wants this but it’s not a moment to forget about the situation that we’re facing. It’s a moment to be responsible. Hopefully the situation will improve and at the end of the tournament the crowd will be back.”

Fabio Fognini, who beat Australian Alex de Minaur 6-4, 6-3, 6-4, staving off a late fightback from the Australian who came from 5-1 down in the third before giving way.

“We played a lot of times,” Nadal said of the Italian. “He beat me a couple of times. He came here after an injury, so he will be hungry to play well. Very impressive victory against De Minaur in straight sets today. Let’s see, I need to keep improving. It’s going to be a tough one. I need to be ready for it. I hope this can happen.”