One of the most prominent Italian players in history, Fabio Fognini is an eternal underachiever on the ATP Tour. Here is all you need you know about the Italian. 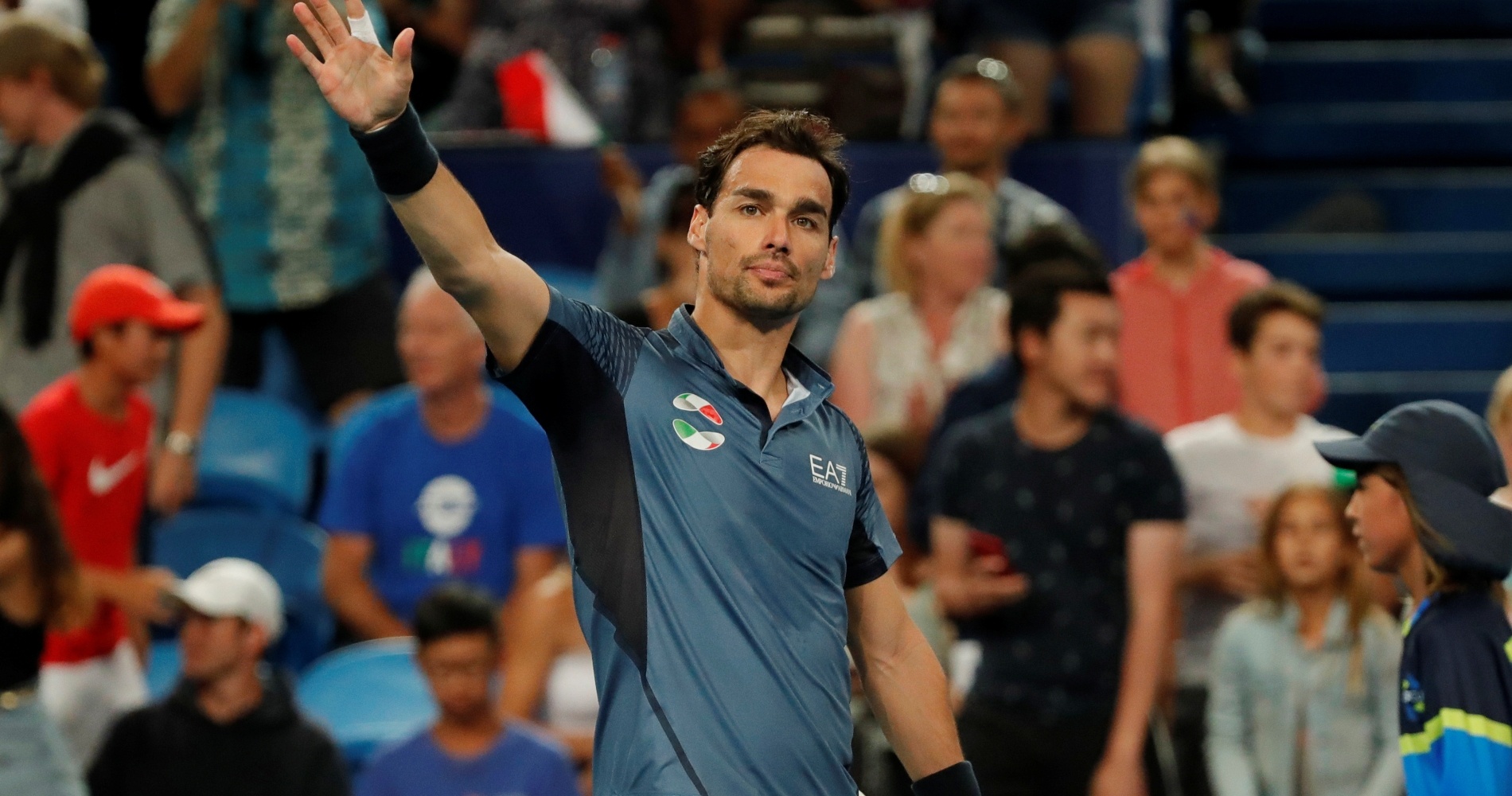 Fabio Fognini during the 2020 ATP Cup


Why was Fabio Fognini defaulted in Barcelona in 2021?

Fabio Fognini was defaulted during his second-round match with Bernabe Zapata Miralles of Spain during the second round of the Barcelona Open on April 21, 2021. The Italian was kicked out for verbally abusing a linesman, though he claimed he was penalised for something he didn’t do. Fognini is just the ninth man since 2001 to be defaulted.

Where is Fabio Fognini from?

Fabio Fognini is Italian. He was born on May 24, 1987, in Sanremo, Italy. The city is known for hosting the finish of the Milan – San Remo cycling race. His parents are named Silvana and Fulvia, and he has a little sister.

Yes, Fabio Fognini is one of the early entrants at UTS4, the fourth edition of the Ultimate Tennis Showdown, which is to be played on red clay at the Mouratoglou Academy from May 17-19.

The Italian will use the nickname “Fogna.”

Where does Fabio Fognini live?

Fognini lives in Arma di Taggia, which is part of Taggia City, Liguria, his native region.

Who is Fabio Fognini’s wife?

Fognini is married to Flavia Pennetta, a former Italian tennis player. A former world No. 6, she won the 2015 US Open, her first and only Grand Slam trophy, before retiring just a few weeks later. Pennetta won a total of 11 singles titles on the WTA Tour and also encountered success in doubles. After claiming the doubles title at the WTA Tour Finals in 2010 and the 2011 Australian Open, both times with Gisela Dulko, she became the first Italian to clinched the world No.1 ranking in doubles. Pennetta is also a four-time Fed Cup winner and holds a stellar record in the competition (25 victories for 5 losses). The couple, who began dating in 2014, got married on June 16, 2016, in Ostuni, in the Apulia region, where Pennetta grew up.

How many kids do they have?

Fognini and Pennetta are parents of two children. Their son Federico was born on May 19, 2017, three days before “Fogna”’s upset of Andy Murray, then the world No 1, at the Rome Masters 1000. Their daughter Farah came in to the world on December 23, 2019.

Who is Fabio Fognini’s coach?

Fognini hired a new coach for the 2020 season: Corrado Barazzutti. Considered as the greatest male Italian player of all time, he currently is the Italian Davis Cup and Fed Cup national team captain (he was in charge when Pennetta grabbed her four titles). As a player, Barazzutti won the 1976 Davis Cup, Italy’s lone team title as of now, and reached two Grand Slam semi-finals (1977 US Open and 1978 French Open). Achieving a career-high ranking of No 7 in 1978, he competed in the ATP Finals that same year. 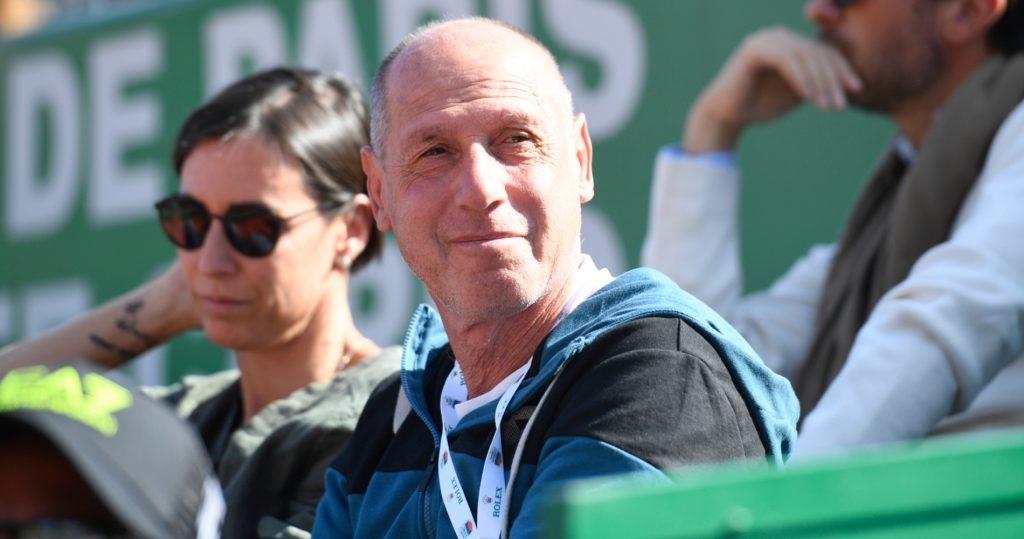 Alberto Giraudo is also part of Fognini’s staff. Giraudo competed ib his only match on the ATP Tour in doubles with Fognini at Kitzbühel in 2015. The rest of Fognini’s staff is composed of fitness trainer Stefano Barsacchi and physiotherapist Giovanni Teoli. Fognini was previously coached by Franco Davin, the former coach of Juan Martin Del Potro and Grigor Dimitrov. Davin had replaced José Perlas in 2017.

Which racquet does Fabio Fognini play with?

Fognini uses a Babolat racquet, the Pure Drive model, strung with Babolat’s RPM Blast strings. As for his clothing, he left Adidas in 2016 to join Hydrogen, an Italian brand which produces luxury sportswear. He became an ambassador for Emporio Armani along with his wife Flavia Pennetta in 2018. 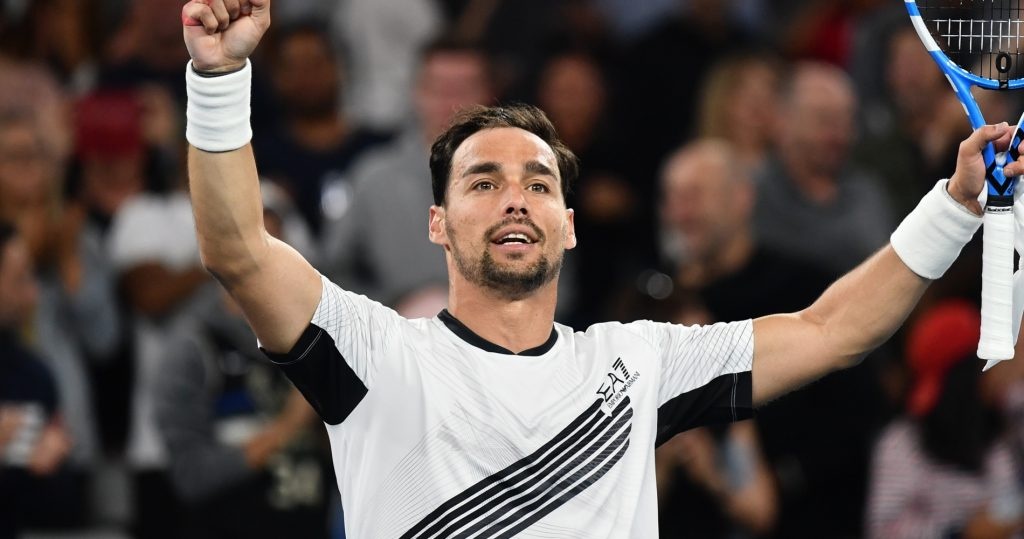 What is Fabio Fognini’s net worth?

Fognini has won more than $15 million in prize money, in singles and doubles, since the beginning of his pro career. Pennetta earned herself more than $14 million on the WTA Tour.

What languages does Fabio Fognini speak?

Fognini is an Inter Milan and Genoa fan. He shares his Inter passion with his father Fulvio. His idol was Ivan Zamorano, a Chilean forward who played five seasons for the Milan team. His love for Genoa originates in the fact that Genoa is the capital of Liguria, his native region.

One response to “Pennetta, Barazzutti, default: 10 questions about Fabio Fognini”