Home » News » Osaka needs to bring the fearless factor back

Osaka needs to bring the fearless factor back

The Japanese has a huge season in front of her with the Olympic Games in Tokyo and with already the defense of her Australian Open title. It will all be about how much pressure she can handle and how much bravado she can show. 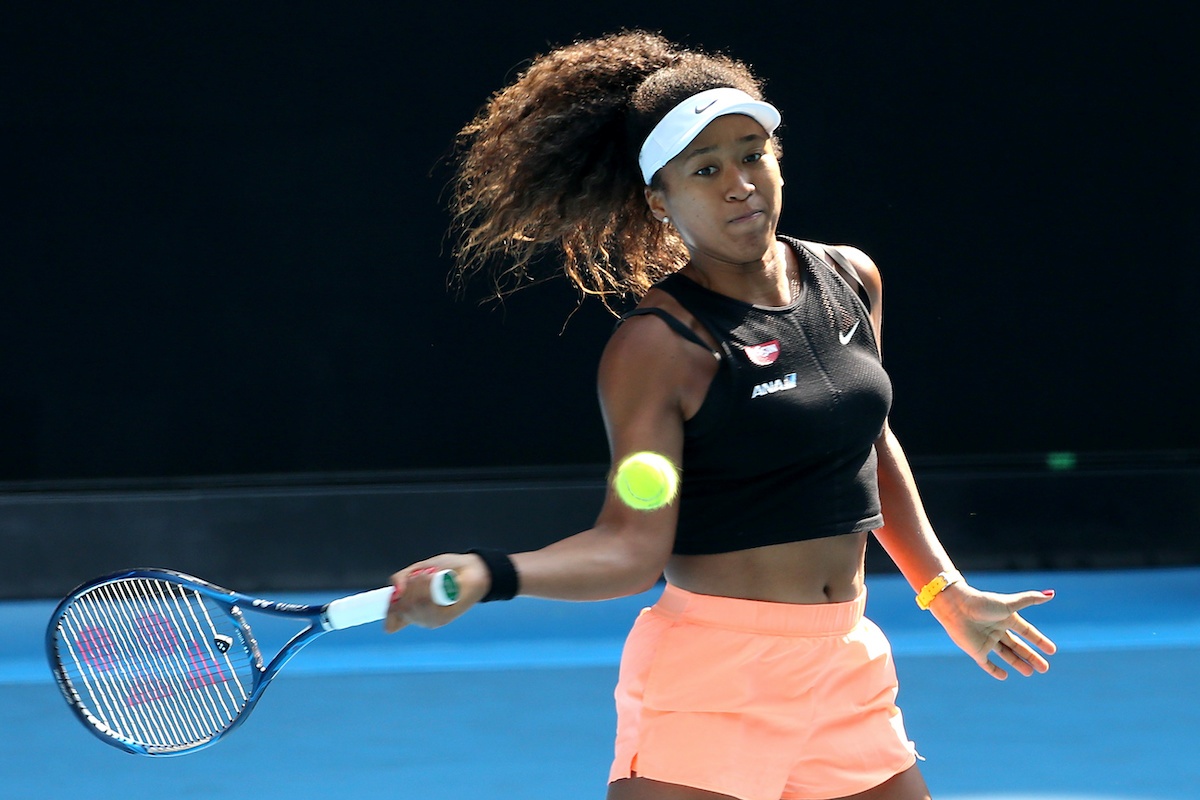 Naomi Osaka has the talent to lose the track even when the track is wide and painted in neon pink. Back in Melbourne now, she needs to get both feet back on that path for good. She won the US Open 2018 then the Australian 2019, reached the World n°1 spot: that was the neon pink road. Then she lost a coach, started to doubt again, started to let the pressure of the “has to win everything” get the better of her game.

For some reason, she had decided after last year’s Australian Open that she was off to make the Grand Slam, and so when Roland-Garros arrived her stress was so big that her tennis was gone. Fear was still bossing her in Wimbledon when she lost in the first round. But still little by little, as it’s always been the case with her when back on the wall, she found her way back by winning back to back, Tokyo and Beijing with only her father as a coach. Still, as it was said post-AO 2019 would be a struggle, she injured her shoulder at the WTA Finals.

So which Naomi are we going to see in Melbourne? The one that used to say she felt Grand Slam events were like a playground or the one who suddenly looks like the whole world is out to get her and searches for a place to hide? She’s only 22 years old but keeps saying she feels old on the Tour, maybe because she’s extremely lucid on the business: she knows what’s up, she’s not seeing things with fairytale glasses. And one thing she knows she has unfortunately lost is how fearless she was out there.

The issue being the nature of her game is fearless: she needs to go for that huge serve down break point or up match point, she needs to get that crazy inside out forehand winner or that faster-than-light down the line backhand on the biggest point. She needs to blast an insane one-in-a-million-chance-to-make-it inside out backhand that breaks her opponent’s brain and kill the match. As all the powerful players that are led by their instincts, the World No.4 can’t allow herself to be afraid.

“I feel like last year I was young (smiling). I was just this young kid that was going out. My goal was to win, and I wasn’t going to let anything stop me. I think maybe last year I was a little bit more fearless. Now I just know the stakes more so I weigh the options. It’s more a question about swinging freely in some shots. It’s like if you’re walking towards a destination and you don’t know how hard the hike is, then you get there, the next day you have to come back and do the same hike, but you know how hard it is.”

With her game and personality, one is quite sure that she will get back a part of that fearless attitude if she can get on a roll. With such a player, confidence can do wonders: it can turn Osaka into Serena. And the part of innocence that is definitely gone can be replaced by something that is also very useful: experience. Osaka knows that too:

“I appreciate more every single win because I know what it took to get it. Of course, I want to win every match but I do feel like I’m a bit more seasoned, even though I’m still relatively young, per se. Every year I get more comfortable on the Tour, so hopefully, that translates into my matches. But honestly, last year was the toughest year of my life, so I would hope it gets better. I just got to keep fighting. I’m definitely more relaxed now compared to the US Open. I think I learned a lot there, just in a way of handling my nerves and what to expect. Definitely, I’m glad I was able to experience everything that I experienced. I think heading into this tournament, I’ll be more prepared.”

In Brisbane for her first tournament since the injury, Osaka looked very good: she reached the semi-finals and had a match point to get a step further against Karolina Pliskova. This winter, she already took a decision that showed she was back on that neon pink road: she hired one of the best coaches out there, Wim Fissette. Former coach of Kim Clijsters, Victoria Azarenka, Simona Halep, Johanna Konta or Angelique Kerber, he always brought those players to the top either in the ranking or with Grand Slam titles. Hiring him is always a sign of the highest ambition. And Osaka knows exactly what she wants out of him:

“What was I expecting? Just knowledge. I think he’s had a lot of experience with previous players. I expected, like, a lot of information, for him to know, like, what he was talking about. Just, like, being able to respect that kind of I can trust him. In the off-season, I did a lot of fitness and trained with Wim. We talked a lot, tried to figure out both of our ideas going forward. So I’m really happy we did that, I feel like it’s been working out well.”

What she’s hoping will be working out too is the way to deal with the points pressure.

“I think about points sometimes. I don’t know what it is right now, but I think I would drop out of the top 10 if I lost in the first round. That kind of weighs heavily on my mind, like, all the time like the US Open and here. I just need to get that out of the way: just trust myself and know if I play the best that I can, then obviously I won’t lose in the first round. But it’s just like this constant, like, negative 2000 points is in my brain all the time. I’m trying to avoid that.”

It’s again – and surely will always be – a battle between Osaka and Fear.