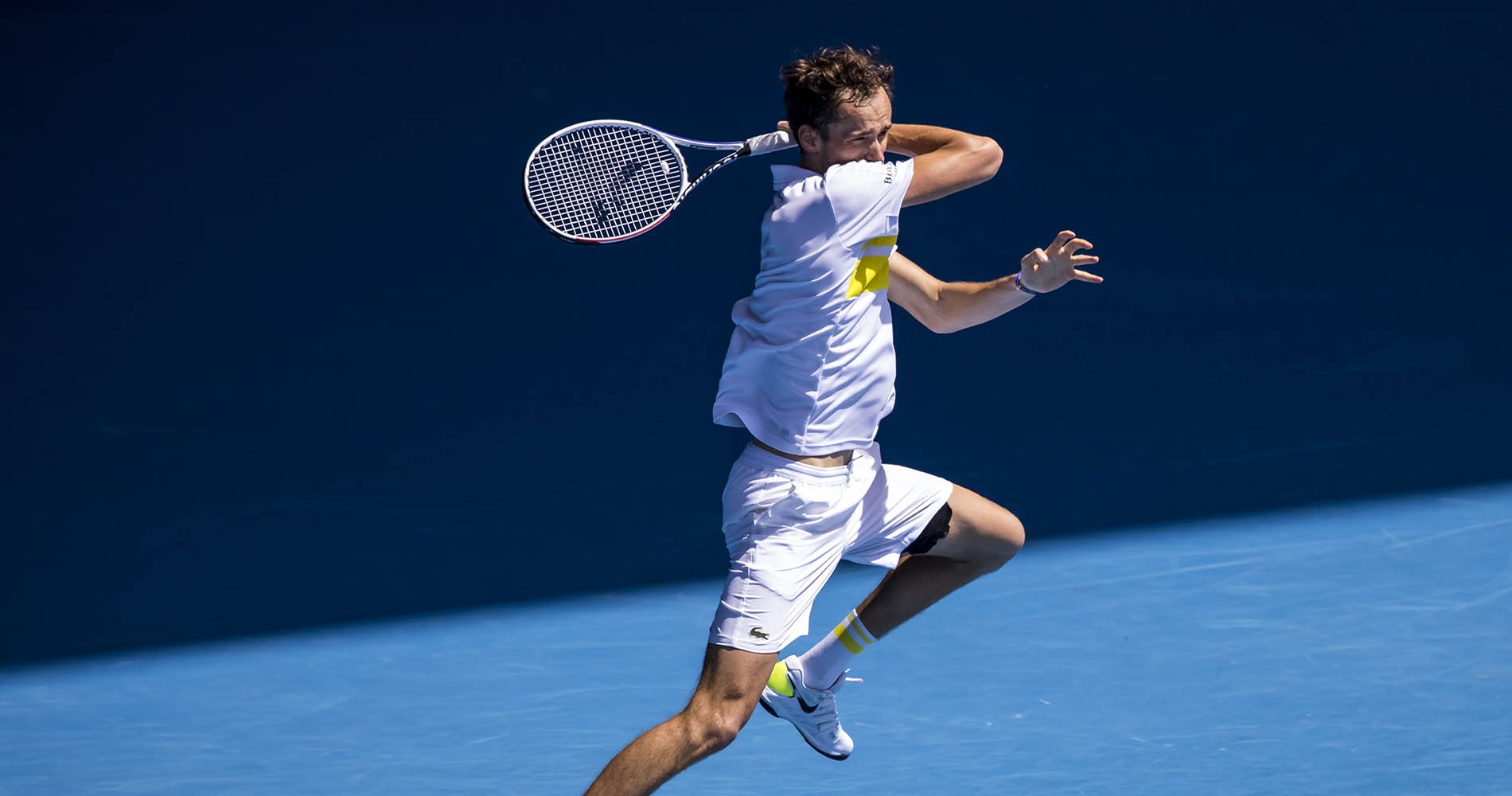 With 18 consecutive wins under his belt, including ten against the ATP’s top 10, Daniil Medvedev is in the best form of his life as he approaches the business end of the 2021 Australian Open. But the Russian knows that the biggest challenge lies ahead. If he is to fulfill his promise and break through to win his first Grand Slam this weekend the 25-year-old will have to produce above and beyond what he’s already done over the last four months.

After his 6-4, 6-2, 6-3 thrashing of American Mackenzie McDonald, Medvedev looks rested and ready to do just that. He will need to be, with a potential quarter-final matchup with his friend and compatriot Andrey Rublev looming. After that it could be Rafael Nadal in the semi-finals, followed by Novak Djokovic in the final.

The moment the 2021 Australian Open draw was released, fans and pundits alike circled a potential quarter-final between Russia’s top two players. Rublev’s victory over Casper Ruud sets the clash that we have all been waiting for. Medvedev will be the favourite, given that he has won all three of his previous meetings with Rublev, including a straight-sets victory over his good friend in the quarter-finals of last year’s US Open.

Eye of the Coach #35: What makes Daniil Medvedev absolute torture to play against

But it isn’t just Medvedev who has produced great tennis of late. Rublev leads the ATP in wins and titles since the beginning of 2020 and he has now reached the quarter-finals in his last three major appearances. He is 8-0 thus far in 2021, with four wins at ATP Cup and four at the Australian Open. It feels like he’s very much on the cusp of a Grand Slam breakthrough.

A wry smile from Daniil Medvedev as he's asked about his potential quarterfinal against Andrey Rublev.

"Of course I will cheer for Andrey because it will mean we'll have at least one Russian in the semifinal, maybe two with Aslan."#AusOpen pic.twitter.com/0TTrMnEEJ8

Medvedev has won all seven sets the pair have played at the ATP level. He says facing a good friend and a player he has grown up with through their junior days won’t do anything to disturb the friendship after the match.

“It’s part of our job,” he said. “We’re going to play each other maybe 10 more times in our careers, 15. For sure, I mean, almost 100% it’s not going to be 15-0 for somebody … Of course during the match we’re going to try to win, fight for our best. You never know. Sometimes you can maybe even not fight on the court but, like, argue on the court or something because we’re competitors. After the match we are great friends. There is no rivalry in this part of competition, I would say.”

Medvedev’s confidence is surging in Australia for many reasons: the aforementioned win streak and the dominance of the top 10 first and foremost, but also the emotional lift that he’s gained from leading Team Russia to the ATP Cup title, and the fact that he earned his first ever five-set victory in Melbourne, a rite of passage for all ATP players that was a longtime coming for Medvedev, who had lost his first six five-set matches.

The value of the title at the ATP Cup can’t be underestimated, for Medvedev or Rublev. Over the years we’ve seen countless examples of players that cut their teeth with massive wins in international competitions who went on to Grand Slam glory. Novak Djokovic’s Grand Slam dominance was sprung by Serbia’s Davis Cup triumph in 2010, and one could argue that his run in Australia last year was at least in part fueled by the success of Serbia at the inaugural ATP Cup.

Andy Murray led Great Britain to the Davis Cup title in 2015 and didn’t just win Wimbledon the next year, he also dominated the tour down the stretch and finished the season as the ATP’s year-end No 1.

It wouldn’t be surprising if one – or both – of these Russians follows a similar path and makes a Grand Slam breakthrough in the not too distant future.

A third 🇷🇺 is through to the quarterfinals!

At least one Russian semi-finalist, that’s a lock

With Medvedev and Rublev joining newcomer Aslan Karatsev in the quarter-finals, it marks a giant milestone for Russian tennis. For the first time in Open Era history, three Russian men have qualified for the last eight at the same major.

Medvedev says that no matter who wins between himself and Rublev, at least Russia will have one semi-finalist in Melbourne. He also praised Karatsev, who has been the breakthrough story of the 2021 Australian Open. The 27-year-old is the first ATP player to reach the quarter-finals on his Grand Slam debut since 1996.

“It’s definitely one Russian in the semis, three Russians in the quarters,” Medvedev said. “It’s great for our sport. We are both, with Andrey, really happy for Aslan, because he was practising good in ATP Cup. We felt like he could do something amazing. To be honest, being in your first Grand Slam main draw and making quarters is something exceptional. He’s not over yet. Let’s see how he does tomorrow.”