The coming of age of Pavlyuchenkova

The Russian, former teenage wonder and steady presence on Tour since a decade, wants a Major title more than ever. And so now with the help of Sam Sumyk, she aims to become the queen of discipline, whereas she spent many years being the rebel of it. 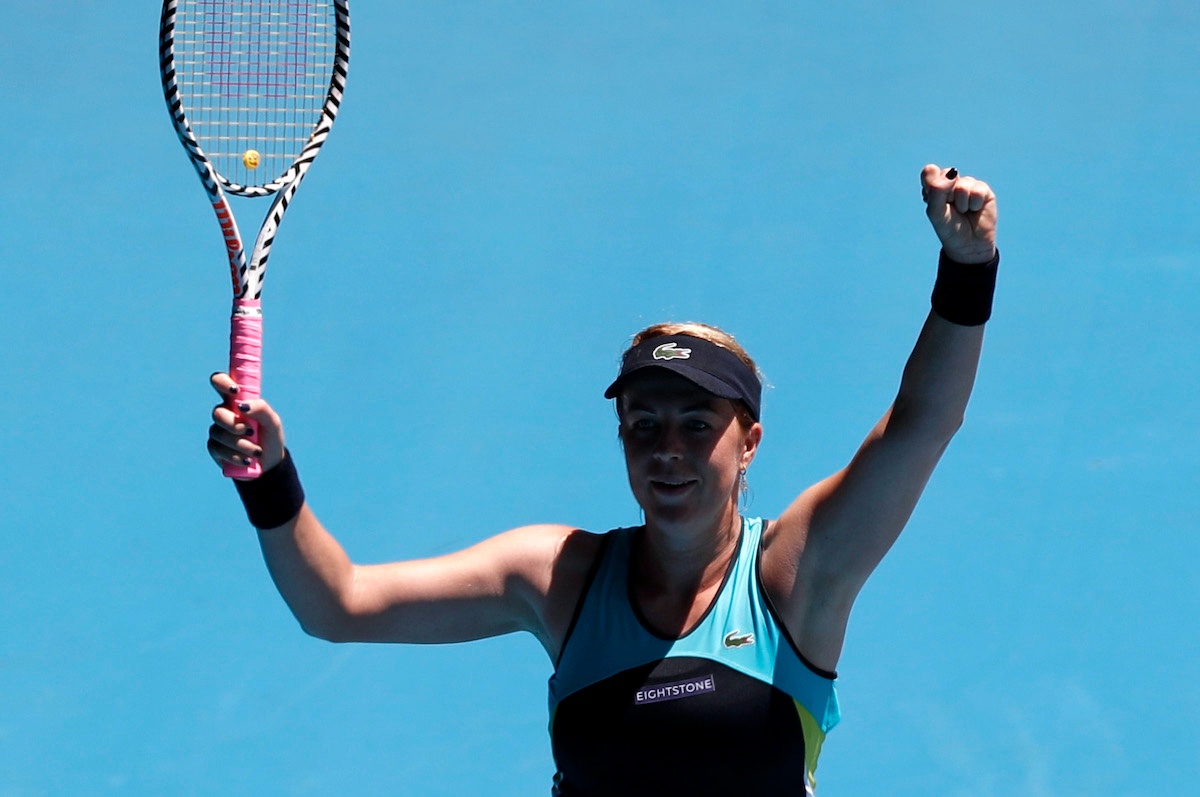 As her thirties are looming, Anastasia Pavlyuchenkova is finally hearing that clock ticking. “I see my picture here in the stadium from my junior title and I can barely believe it’s been this long!” But indeed gone are the days where she was the prodigy in the place. At 15 years old, Pavlyuchenkova won the Australian Open junior, played the Roland-Garros junior final and won the US Open junior. In 2009 at 18 years old, she reached the Indian Wells semi-finals and claimed a Top 30 ranking.

As of today, despite a steady career and regular moments of brilliance, “Nastia” still can’t say she took the most out of her potential, and that’s what keeps her awake a night. Despite having played the quarter-finals of the Majors, despite playing her second one in Melbourne, despite the Fed Cup titles and the tour titles, she knows her tennis should have brought her a steady spot into the Top 10 and a couple of Grand Slam titles. Because very few players can hit the ball as cleanly as she does, because very few players have her shot-making natural abilities and because very few can take fire like she can and play tennis like some play video games.

“I still have ambition, I want to win titles, make a step forward so you always need to improve and involve. So right now I’m taking care of everything, I also took a fitness trainer and so a new coach. I’m trying to improve on everything. Now you can see how tough it is for someone like Maria Sharapova is struggling: she’s a great champion but now it’s so tough, and everybody is playing very well. There’s no more intimidation. When I started in 2008, 2009, I’d play Serena or Venus and would be so stressed out. Maybe I could have taken a set tennis-wise, but mentally I wasn’t believing for a second that I could win.”

Very few top players have suffered as much as she did with discipline. And in an era that doesn’t allow any dislike of sacrifices. So at 28 years old and ranked 30th in the world, she opened her eyes and decided she’s had enough of not getting her moment of stardom. She hired Sam Sumyk, one of the best coaches out there, also hired a fitness trainer fully for her for the first time of her career and is now trying to praise what she had always hated: a strict approach to the sport.

“It’s a good experience because Sam is really strict and likes discipline. That’s what I was lacking. That’s the only regret of my career: I have always worked but sometimes I wasn’t very consistent about the training, the diet, everything. All those details are very important for the results, like the point which decides of a match. We’re also working on the mental side. I’m 28, I’m not old but I’m not 20 anymore and so this feeling of learning new things is exciting too.”

The funky, super-smart Pavlyuchenkova who can speak a perfect French thanks to her time at the Mouratoglou Academy and the years spent with the Belgian Simon Goffin (yes, the brother of David) as a coach. Everybody loves Nastia. But that’s not a title as valued as a Grand Slam trophy. In the third round here, she played like she always should and so beat the World No 2 in straight sets (7-6, 7-6). Let it be said that she should have won that one something like 6-2, 6-3 after being up 4-1 with multiple double break points in the first set, and 3-1 with multiple chances to finish it off earlier in the second set. 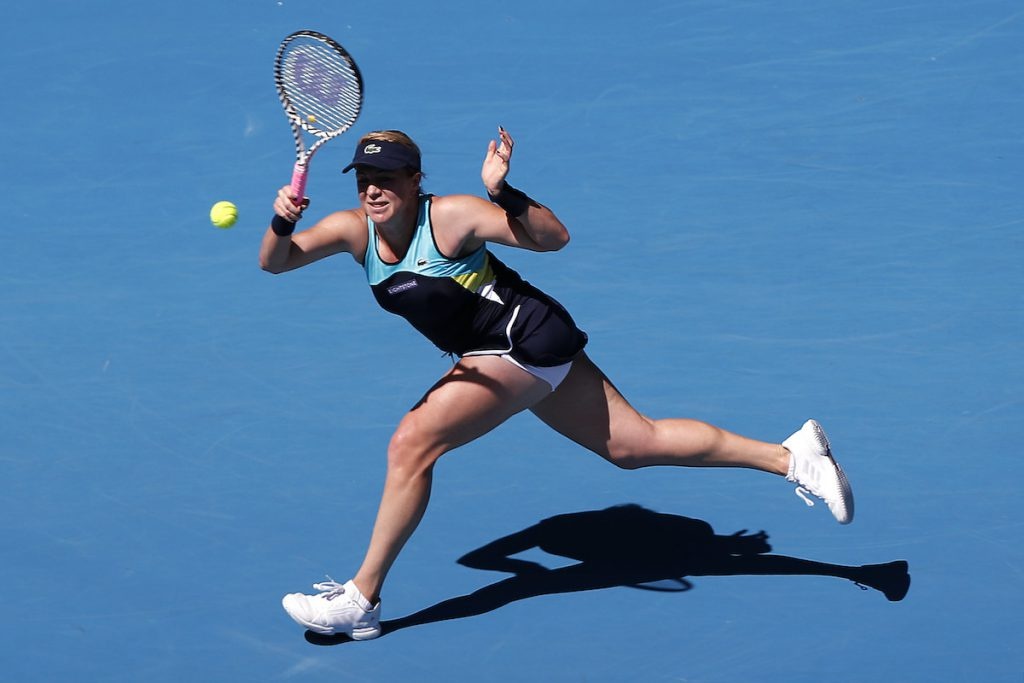 But that’s also the Pavlyuchenkova way: when it’s too easy, her brain starts to find obstacles to put on her way. It’s just a matter of finding a way to stay on track: during matches but also during practices, during the diet plans, during her off time. It’s not easy for someone who really loves life as “Nastia” does. But it’s very interesting to hear her understanding at 28 what everybody has been trying to tell her for more than a decade now.

“I’ve never had a full team just for me. It was too expensive, and also in my head, it wasn’t like something mandatory. It’s weird because I always want to win when I’m on the court, but I haven’t always been 100% dedicated off the court. But now I’m invested in everything. It’s also not easy to find the right persons to work with. And you need to good relationship, good chemistry outside of tennis as you’re going to travel with those people all the time. It’s really important for me to have a balance between work and fun, as life on Tour is already hard enough.”

What was hard enough was also the way she was brought so early to the top of the game. She knew discipline back then. And that’s back then that she started to hate it.

“My father was my first coach and he was always very strict and always on me, but I arrived very fast at a high level without understanding how and why, so it was fine when I was winning but very tough when things weren’t going well.”

Unable to find the right path by herself when her natural skills weren’t enough anymore, Pavlyuchenkova has lost precious time even if she still had a great career and a happy life. But she refuses to finish her career with regrets and hopes that Sumyk can succeed where many before have failed.

“With Sam, we found our balance. Still he’s very tough, but now I know why I work on this or that at practice. But sometimes I can still mentally leave the court during matches or practices, thinking about my friends or some messages… It’s tough but it’s how it is.”

She smiles: Nastia will always be Nastia, and she knows it.

The only thing she needs is to hang in there under control long enough to win a Grand Slam title. For now, her maximum has been five matches, so she needs two more.

“I appreciate tennis more now because I value much more the hard work I’m doing and the progress I see. I used to struggle with patience… But you have to believe in the work. I used to focus on all the names of my rivals, the stakes of the tournament, or anything else and get overwhelmed, but now I try to be in the present.”

In an era where female players can last way deep into their thirties, Pavlyuchenkova’s best years are maybe ahead. For someone who can make tennis looks so effortlessly easy, for someone who’s been hearing since she was 15 years old that she was so talented and gifted, that she was underachieving, it’d be only justice. But whatever happens, it’s a very brave thing she’s trying to do: rejecting the idea that her time is gone, not caring about the what-ifs, and deciding that hell yes she’s going to turn into the utmost professional and get her hands on a few Majors. Young people of today would say, “it’s so on brand”.