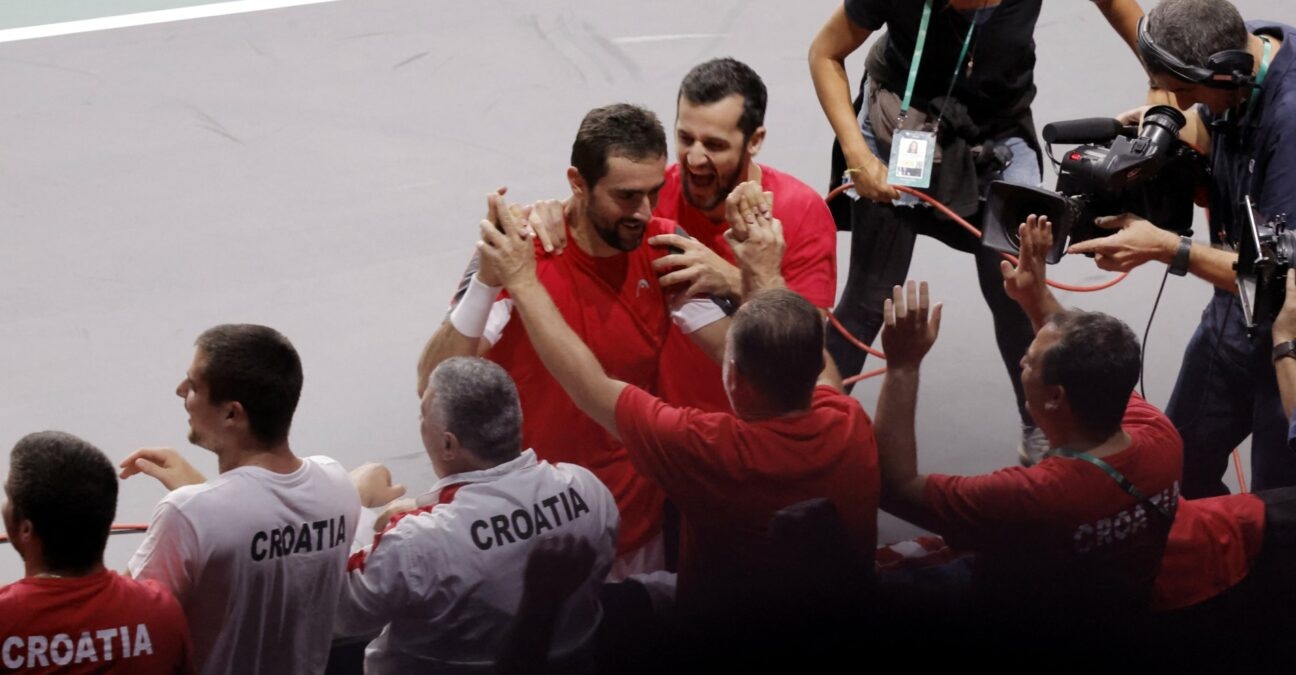 Marin Cilic came from a set down to beat Pablo Carreno Busta 5-7, 6-3, 7-6 (5) in a marathon battle as Croatia beat hosts Spain 2-0 in Malaga on Wednesday to reach the semi-finals of the Davis Cup.

The former US Open champion shut out a packed and vociferous home crowd, letting slip a 4-2 lead in the decider before coming from 4-1 down in the final-set tiebreak to give Croatia an unassailable lead, with Borna Coric having beaten Roberto Bautista Agut earlier in the day.

Cilic hit 20 aces and despite 15 double faults, he took his first match point after three hours, 13 minutes of occasionally brilliant but also inconsistent tennis to knock Spain out and keep alive Croatia’s hopes of going one better than last year, when they finished runners-up. They’ll play Australia in the semi-finals.

Missing the world’s top two players, Carlos Alcaraz and Rafael Nadal, Spain were always going to be up against it, particularly on indoor hard courts, even with the benefit of playing at home, usually such a massive advantage in Davis Cup.

Alcaraz, missing through injury, and Nadal, playing an exhibition in Buenos Aires after a gruelling, successful but injury-hit season, would have given them added gravitas but Croatia, the No 1-ranked team in the competition, may have been too good even if they had played.

Cilic had won four of their five previous meetings but Carreno Busta had won the most recent, at the Tokyo Olympics last summer.

But world No 17 Cilic, a semi-finalist at this year’s French Open, looked shaky in the first set, surviving an opening service game that included four double faults.

The pair traded early breaks to be level at 3-3 but at 5-5, Carreno Busta snatched another break and served out for the opening set.

Cilic has enjoyed a fine year, though, and with his head to head record over Carreno Busta, always looked like he fancied his chance of getting himself back into the match.

A crucial break for 4-2 in the second set put Cilic on his way and he held the advantage to level the match and take it into a decider.

When he broke for 2-1, it looked like Cilic would pull away but former US Open semi-finalist Carreno Busta bounced back immediately to level the scores at 2-2.

The topsy-turvy nature of the match continued, though, as Cilic broke again for 3-2 and this time survived a tense service game to extend his lead. But at 4-3, his serving yips came back to haunt him again. A 15th double fault gave Carreno Busta break point and the Spaniard took it to level at 4-4.

The match went to a deciding tiebreak and when Carreno Busta led 4-1, Spain’s hopes were alive. But Cilic won six of the next seven points to clinch victory.

“I think was the luck was a little bit of influence,” Spain captain Sergi Bruguera said. “Cilic had a little bit more today because was that close.” 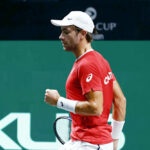 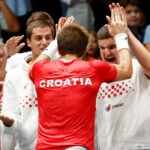 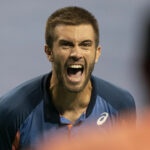 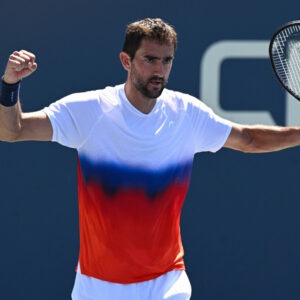 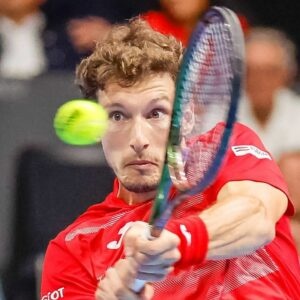