Every day, Tennis Majors looks back at the biggest moments in tennis history. On this day, July 20, 1989, Boris Becker won two matches in the same day to put Germany in charge against USA in a Davis Cup semi-final 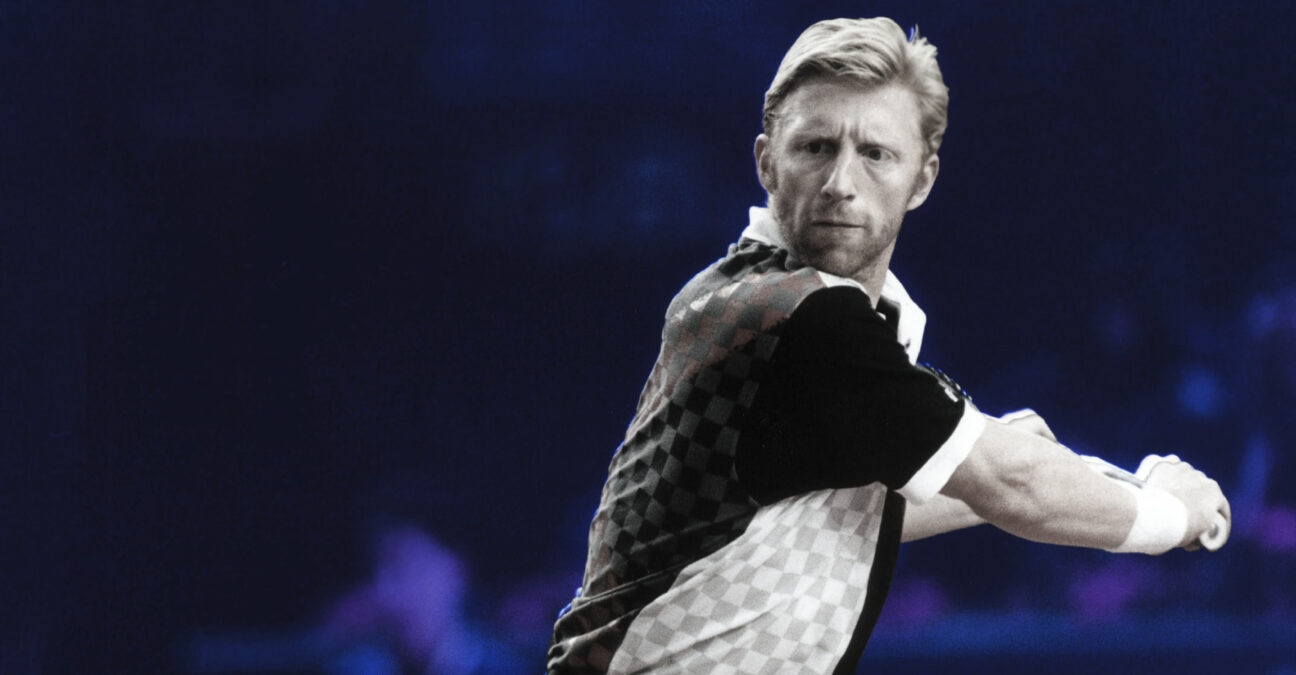 Boris Becker – On this day

On this day, July 22, 1989, in Munich, Boris Becker won two matches on the same day for Germany in a Davis Cup semi-final tie against the USA. First, Becker came back on Saturday morning to play the fifth set of his incredible match against Andre Agassi, which had been stopped at midnight on Friday. Less than an hour after sealing his victory against the Las Vegas Kid (6-7, 6-7, 7-6, 6-3, 6-4), “Boom-Boom” was back on court, partnering Eric Jelen, to beat Ken Flach and Robert Seguso, who had never been defeated before in a Davis Cup tie. These two wins in one day put the team on the verge of the final.

The players: Becker and Agassi, two of the sport’s superstars

Boris Becker was born in 1967. In 1985, the German became the youngest ever Wimbledon champion at the age of 17, beating Kevin Curren in the final (6-3, 6-7, 7-6, 6-4). His powerful serve, which he often followed to the net, earned him the nickname “Boom Boom”. He was famous for his spectacular diving volleys, as well as for his dramatic play and emotional outbursts. With his great power, Becker successfully defended his Wimbledon crown in 1986, defeating world No 1 Ivan Lendl in the final (6-4, 6-3, 7-5). The young German then went through a hard 1987 season, overwhelmed by his stardom and all the expectations around him, as he was not even 20 years old. He was back on track in 1988, reaching the final at Wimbledon (defeated by his new grass-court rival, Stefan Edberg, 4-6, 7-6, 6-4, 6-2) and leading the German team to their first Davis Cup victory. In 1989, he was probably playing the best tennis of his life; after reaching the semi-finals at Roland-Garros, which was his best result on clay, he had reclaimed the title at Wimbledon, giving Edberg no chance in the final (6-0, 7-6, 6-4). He was No 2 in the world, behind Lendl.

Andre Agassi, the Las Vegas Kid, born in 1970, had turned professional in 1986 and had soon become one of tennis’ biggest superstars, thanks to his amazing tennis skills but also to his interesting outfits, including the iconic denim shorts and the pink bike shorts (worn as underlayer).Taught by his father and bred at the Nick Bollettieri Academy, his game relied on a great return (the best of his time) and on hitting the ball on the rise on both sides with incredible power, which was revolutionary at the time and then copied by generations of tennis players. In 1989, at the age of 19, Andre Agassi had already claimed seven ATP titles, and reached two Grand Slam semi-finals in 1988, at Roland-Garros (lost to Mats Wilander, 4-6, 6-2, 7-5, 5-7, 6-0) and at the US Open (lost to Lendl, 4-6, 6-2, 6-3, 6-4). The only thing he still lacked was a major title.

The 1989 Davis Cup semi-final between Germany and USA was held at the Olympiahalle, in Munich. This complex, originally built for the gymnastics and handball events of the 1972 Olympic Games, was used for different purposes, including different sports events or concerts. Its capacity of 10 000 spectators varied depending on the type of show. The surface chosen for the tie was a fast carpet, suitable for Becker’s serve and volley game.

When Boris Becker woke up in the morning, on July 22, 1989, in Munich, he certainly felt like he was on a mission. His to-do list was indeed impressive: he had to finish his singles match against Agassi, which had been interrupted at two sets all on Friday, knowing that he was also going to play the doubles on the same day. Not to mention the fact that he was the leader of his team and that all hopes relied on him: his teammate, Carl-Uwe Steeb, had lost the first match against Brad Gilbert. Becker had to pick up at least one point today, or his team was probably doomed.

Things started pretty well for Boom-Boom. The day before, he had come back from two sets down, against a firing Agassi, and at the start of the fifth set, he kept his dynamic going with an early break. He was now up 3-1 against a player who had never won a fifth set in four attempts. However, this time, Agassi, who had worked hard lately on his physical condition, did not surrender so easily. The Las Vegas Kid came back and, breaking the German twice, was now serving at 4-3. His first serve let him down at the worst moment and in the end, Becker prevailed 6-4 to level the tie at 1-1.

Not even an hour later, the same Becker was back on court to play the doubles, partnering Jelen, who was ranked No 18 in the world in doubles (and No 48 in singles). The challenge faced by the German team was tremendous: Flach and Seguso were undefeated in 10 Davis Cup ties, and they had won three Grand Slam titles together. At first, it looked like Becker did not have enough energy. He was not serving as hard as usual, and he was the first to lose his serve in the first set, which the American team won 6-3. In the second set though, Becker regained strength as the Americans seemed slow-footed. According to Sports Illustrated, Flach and Seguso were indeed mentally drained after watching the thriller between Becker and Agassi. “We went out feeling empty,” Flach would say later. “For Andre to play so great and lose was deflating to the whole team.”

However, even if they were maybe not at their best, Flach and Seguso remained a great pair. They knew each other very well after having played together for many years, and giving up when so much was at stake was not an option. It required a flying Becker and a very solid Jelen, who faced six break points without losing his serve a single time, to prevail in four sets, 3-6, 7-6, 6-4, 7-6. Thanks to Becker, the German team was now up 2-1 and had good chances to win the tie. The 21-year old could take a well-deserved rest before the last day.

A few months later, in December 1989, only a few weeks after the Fall of the Berlin Wall, Becker would lead the German team to their second Davis Cup title. For the second consecutive year, Germany would defeat a great Swedish team led by Wilander and Edberg. Oozing with confidence after having claimed his fourth Grand Slam title at the US Open, Boom-Boom Becker would defeat them both in straight sets, and, triumphing in doubles as well on Saturday, would take the three points needed to seal the victory.