September 21, 2003: The day world No 1 Ferrero was stunned by Calleri in Davis Cup

Every day, Tennis Majors takes you back to one of the most iconic moments in tennis history. On this day in 2001, Agustin Calleri hit more than 100 winners in a three-set victory over world No 1 Juan Carlos Ferrero to cause a major upset in the Davis Cup 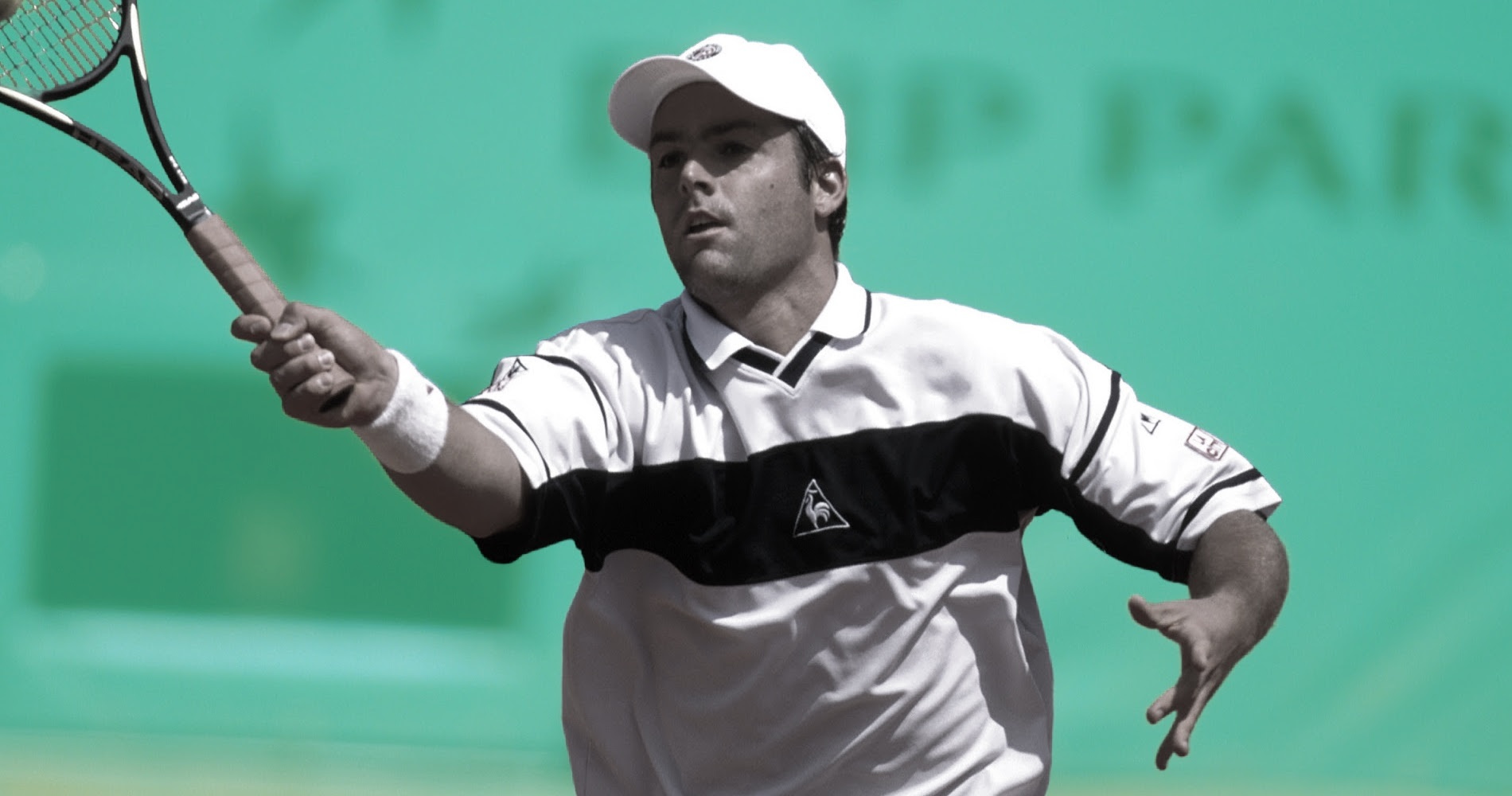 On this day, September 21 in 2003, in the Davis Cup semi-finals, Argentina’s Agustin Calleri, who was not even supposed to compete in singles, played flawless tennis to stun world No 1 Juan Carlos Ferrero of Spain in straight sets (6-4, 7-5, 6-1). To achieve that feat, Calleri hit an unbelievable 109 winners. This unexpected win leveled the score, bringing the teams to a 2-2 tie. Although fellow Argentine Gaston Gaudio eventually lost the decider against Carlos Moya (6-1, 6-4, 6-2), this amazing performance remained Calleri’s biggest achievement, according to his own words.

The Davis Cup semi-final between Spain and Argentina was held in Malaga, Spain, in September of 2003. The arena, called the Palacio de Deportes José María Martín Carpena, was opened in 1999 with a capacity of 11,000 spectators. Its primary purpose was to be the home of the local basketball team, the Unicaja.

The facts: Calleri stuns Ferrero with a century of winners

The Spanish team was the heavy favourite in the 2003 Davis Cup semi-final against Argentina with no less than three former Roland-Garros champions in the team: Ferrero (world No 1), Moya (world No 6), and Costa (No 22). Even a fourth player, Corretja, had finished runner-up twice at the French Open – and even though he had now left the top 100, he had been ranked as high as world No 2 in 1999. On the Argentine team, two top 10 players were missing (No 3 Guillermo Coria and No 9 David Nalbandian), so it was up to Calleri (No 16), Zabaleta (No 24), and Gaudio (No 32) to take on the Spanish dream team.

On Sunday, September 21, Calleri was the one facing the world No 1 to keep his team’s hopes alive. In those days, Ferrero was considered to be the best clay-court player in the world. Since 2000, he compiled a 111-25 match record on red dirt — winning three ATP World Tour Masters 1000 trophies – and went 23-3 at Roland-Garros, where he was the 2003 champion. For Calleri, who had never gone past the third round of a major tournament and whose best result was a Masters 1000 final reached that year in Hamburg, the task seemed almost impossible. The underdog was given little chance of even challenging Ferrero.

Yet, in the early stages, the world No 1 appeared a little nervous and his shots didn’t have their usual power. Calleri took advantage of this situation and soon he was playing in the zone. The 27-year old took every risk on both wings, displaying his trademark jumping one-handed backhand. After losing the first set 6-4, Ferrero tried to hold on in the second set; but even though he managed to lead 5-3, he failed to seal the set. Calleri fought back and eventually was up two sets to love(6-4, 7-5). In the third set, Calleri pulled out such an amazing performance that the world No 1 was not far from being blanked at 4-0. The Argentine went on to triumph 6-4 7-5, 6-1, having hit 109 winners in only three sets. Argentina was still alive.

What next: Spain go on to win the tie, lose in the final

Unfortunately for Calleri, his teammate Gaudio would be defeated by Moya in the last match (6-1, 6-4, 6-2 as Spain won the tie). Spain lost in the final to Australia. That 2003 season would remain Calleri’s best on tour; he would never climb higher than world No 16 and, in 33 attempts, he would never reach the fourth round of a Grand Slam tournament.

Ferrero would only stay world No 1 for eight weeks before being knocked off the top spot by Andy Roddick. He would leave the top 10 in September 2004 and would never make his way back to it. In the years to come, he would stay in the top 30, only performing sporadically at the very best level, far away from his glorious years. The Spaniard is now the coach of Spanish teenage sensation, Carlos Alcaraz.