Novak Djokovic’s father Srdjan, a man no stranger to controversy, has poured more oil on the fire after he pointed the finger at Grigor Dimitrov for the spate of positive Covid-19 tests – including his son – at the recent Adria Tour exhibition event. 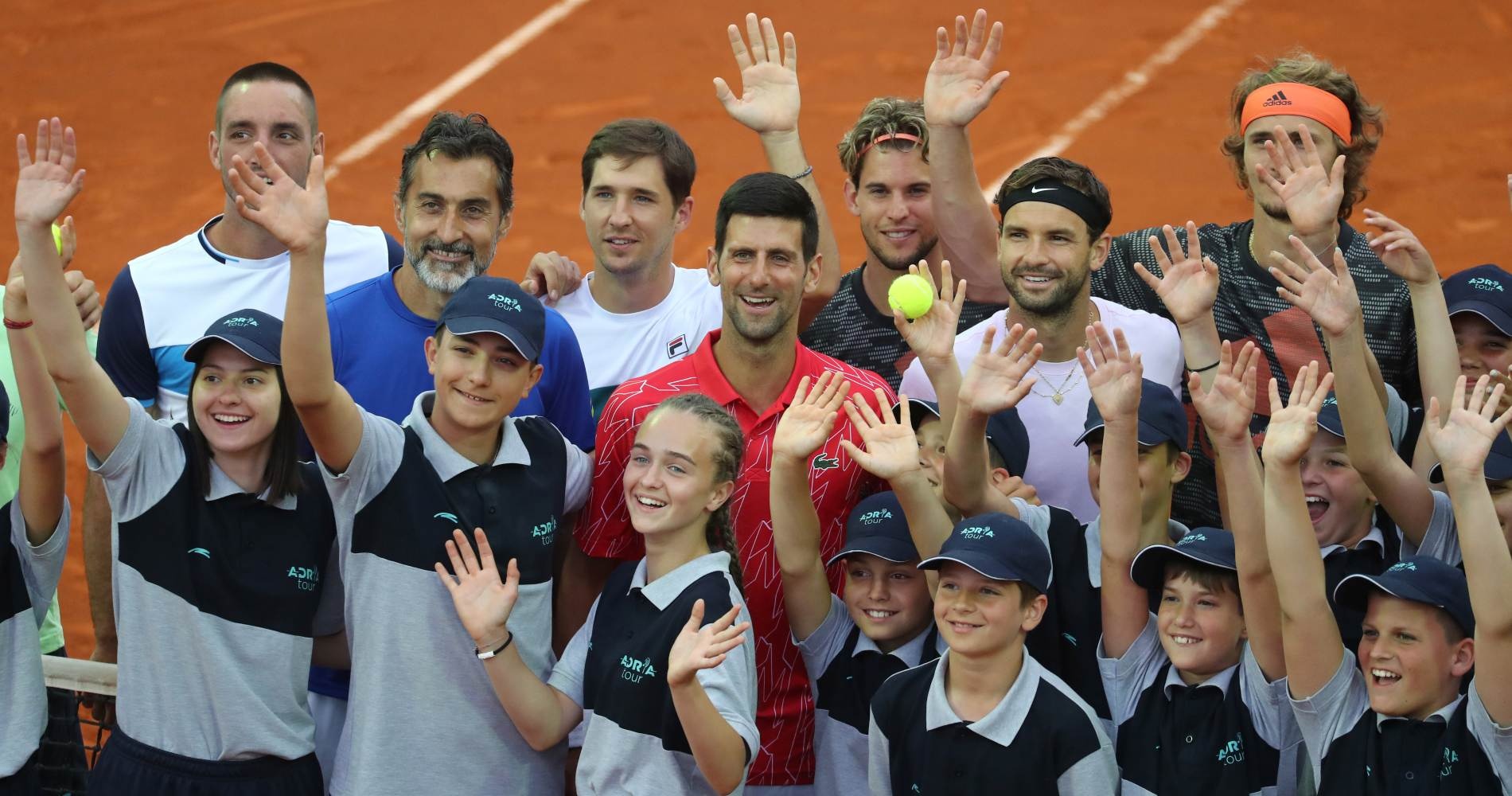 “The man came sick, who knows where, and so it happened. I don’t think it’s right that he wasn’t tested there, but in another place. He caused great damage to you in Croatia and to us as a family and Serbia”, Djokovic’s father told Croatian TV station RTL.

But Dimitrov’s manager, Georgi Stoimenov, who had admitted that players and tournament organisers had been at fault, reportedly said on Wednesday that Dimitrov was not to blame – and that he had not even been tested at the Adria Tour, either in Serbia or Croatia.

Grigor Dimitrov’s manager: “Grigor landed directly in Belgrade after three months of complete isolation. Neither in Belgrade nor later in Zadar was he offered or required to test for coronavirus. The event organizers are the ones responsible” pic.twitter.com/BkJfpVYSgS

Criticism from Kyrgios and Murray

Dimitrov was the first player at the Adria Tour to announce that he had tested positive on Monday, quickly followed by Borna Coric and later Viktor Troicki. Djokovic, who left the Adria Tour to return to Serbia before being tested, then confirmed on Tuesday that he too had tested positive (along with his wife Jelena), drawing criticism from all quarters, including from Nick Kyrgios and from Andy Murray for the running of the event, which he had helped to organise. The final of the second leg was cancelled on Sunday and the entire Adria Tour was later called off.

The event featured packed stands in its first weekend in Serbia, with no social distancing, while players took part in a basketball game together and were then filmed and photographed dancing, shirtless at a post-event party. 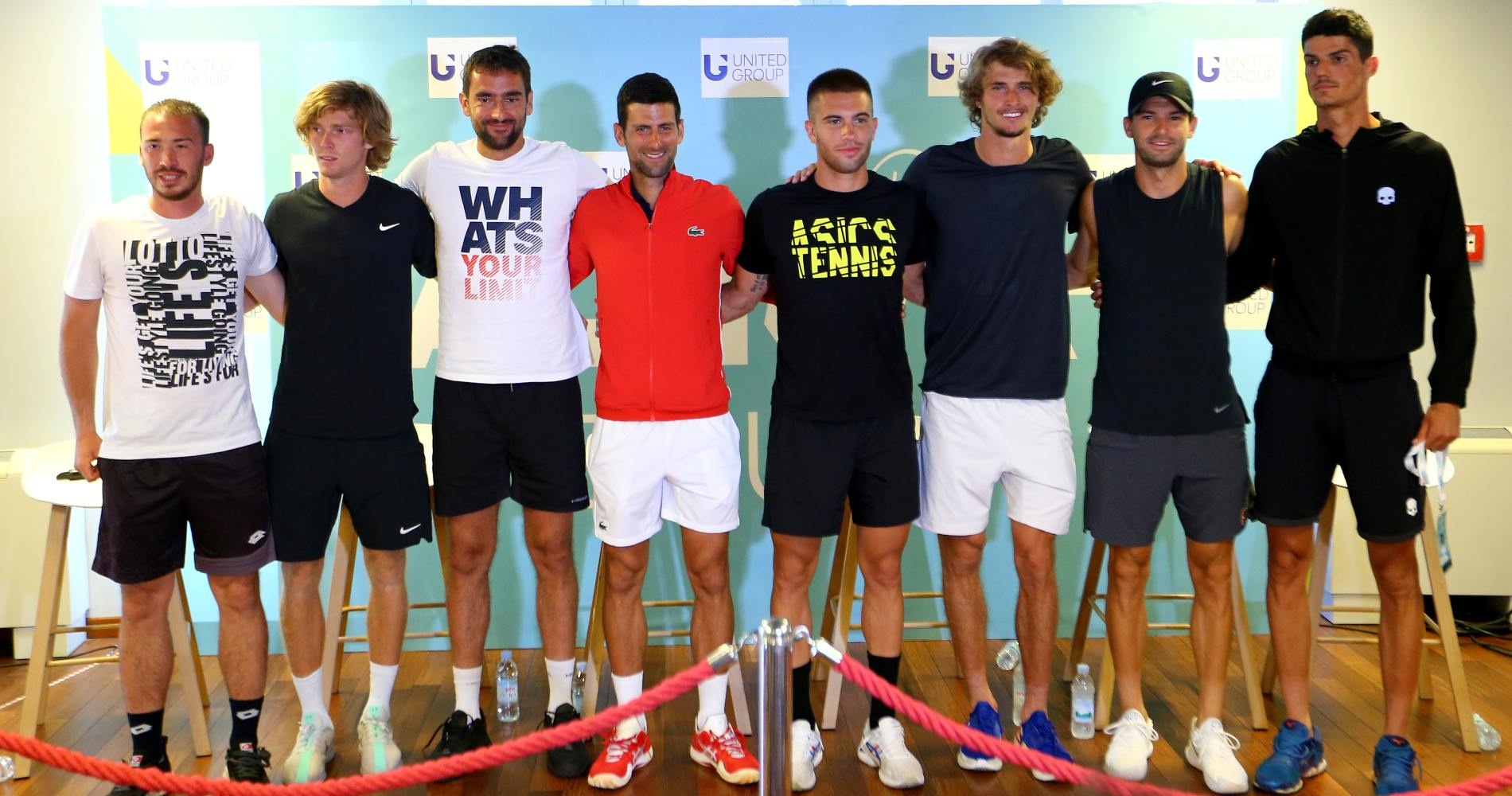 The positive tests followed last weekend’s second leg of the event in Croatia, where other competitors including Marin Cilic, Sascha Zverev and Andrey Rublev, said they had tested negative but would self-isolate, as per protocols.

Djokovic issued two statements on Tuesday, saying: “everything we did we did with a pure heart and the sincerest of intentions”, and a second in which he was more contrite and: “we believed the tournament met all heath protocols and the health of our region seemed in good condition to finally unite people for philanthropic reasons. We were wrong, and it was too soon”.

Srdjan Djokovic: “Of course he does not feel well”

Djokovic’s father said the world No 1 was not feeling any symptoms but that the whole situation had affected him mentally.

“No one is well, not even him because of this situation. Of course he does not feel well, but the situation is as it is, but we have to get out of it stronger,” said Srdjan Djokovic.

Srdjan Djokovic also put his name in the headlines recently when he claimed Roger Federer should retire and let his son get on with the job of becoming the best player of all time.