A pair of surprise winners have come away with the coveted Orange Bowl trophies in the 18s division. American Ashlyn Krueger (born May 7, 2004) and France’s Arthur Fils (born June 12, 2004), who were both unseeded at the event. 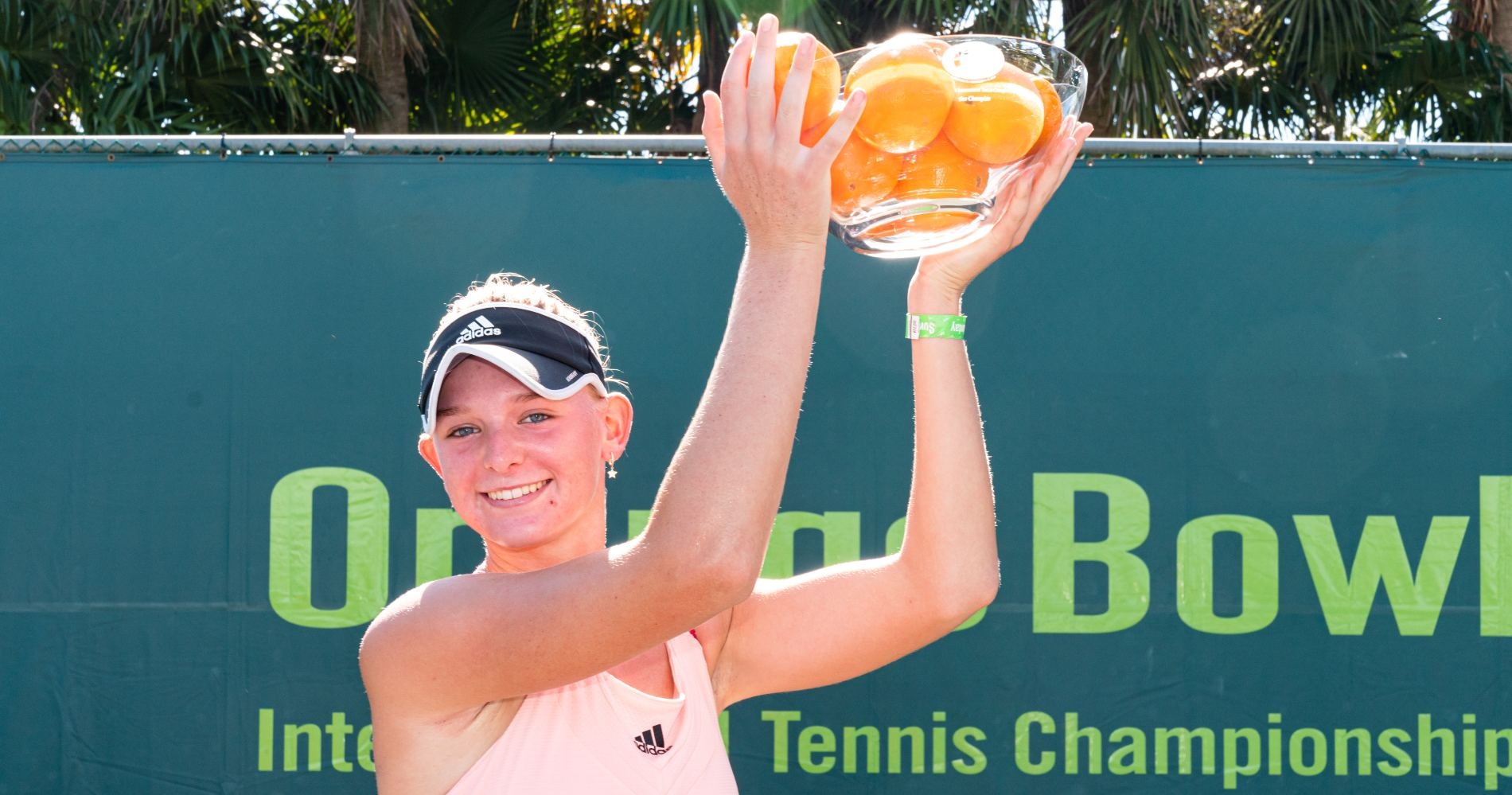 December 03, 2020 – Ashlyn Krueger – USA in action during the Orange Bowl at the Veltri Tennis Center in Plantation, Florida.

American Ashlyn Krueger and France’s Arthur Fils, both unseeded, clinched their titles on the green clay in Plantation, Florida on Sunday.

Krueger, who dropped just one set during the tournament, led by 5-1 in the second set and had to work hard to stave off a late rally by Kolodynska.

Krueger needed five match points to finish the match off in the final game.

“I tried to serve big and then just work on my first ball,” she said. “But she played good points on those match points. She didn’t quit, she played really well, she’s a tough player, she gave me a ton of stuff I don’t like, slice and stuff, she mixed it up a ton, so I just really had to stay focused and play my game, not let that get into my head.”

France’s Arthur Fils stunned the field and became the first Frenchman to claim the 18s title at the Orange Bowl since Hugo Gaston in 2017. The Essone, France native defeated top-seeded Peter Fajta of Hungary 6-1, 4-6, 6-2.

Fils says he has taken a lot of confidence from his recent appearance in the Roland-Garros Boys Singles draw, where he won two rounds.

Fils saved a match point in the first round and took it as an omen.

“At Roland-Garros I took a lot of confidence. I knew I was playing good, but I didn’t have any results [yet].”

Fils had a 6-1, 3-0 lead in Sunday’s final but momentarily lost the plot before rebounding to win in three sets.

“He was tired. I was winning 6-1, 3-0 and then I did some bullshit,” he said before his chaperon corrected him while the reporters on the call chuckled.

“I made some mistakes,” he concluded. “The third set I was focused and it was good.”

Frenchman Arthur Fils impressive at the 2020 Orange Bowl, taking the B18 title. pic.twitter.com/kBmFpECwU2