A Year of Not Doing Enough – 2020 by Ben Rothenberg

From tennis in 2020 to tennis in 2021, part 1: Ben Rothenberg reminds us that there are a few shocking incidents on the men’s tour that have still not been dealt with – and that is a problem. 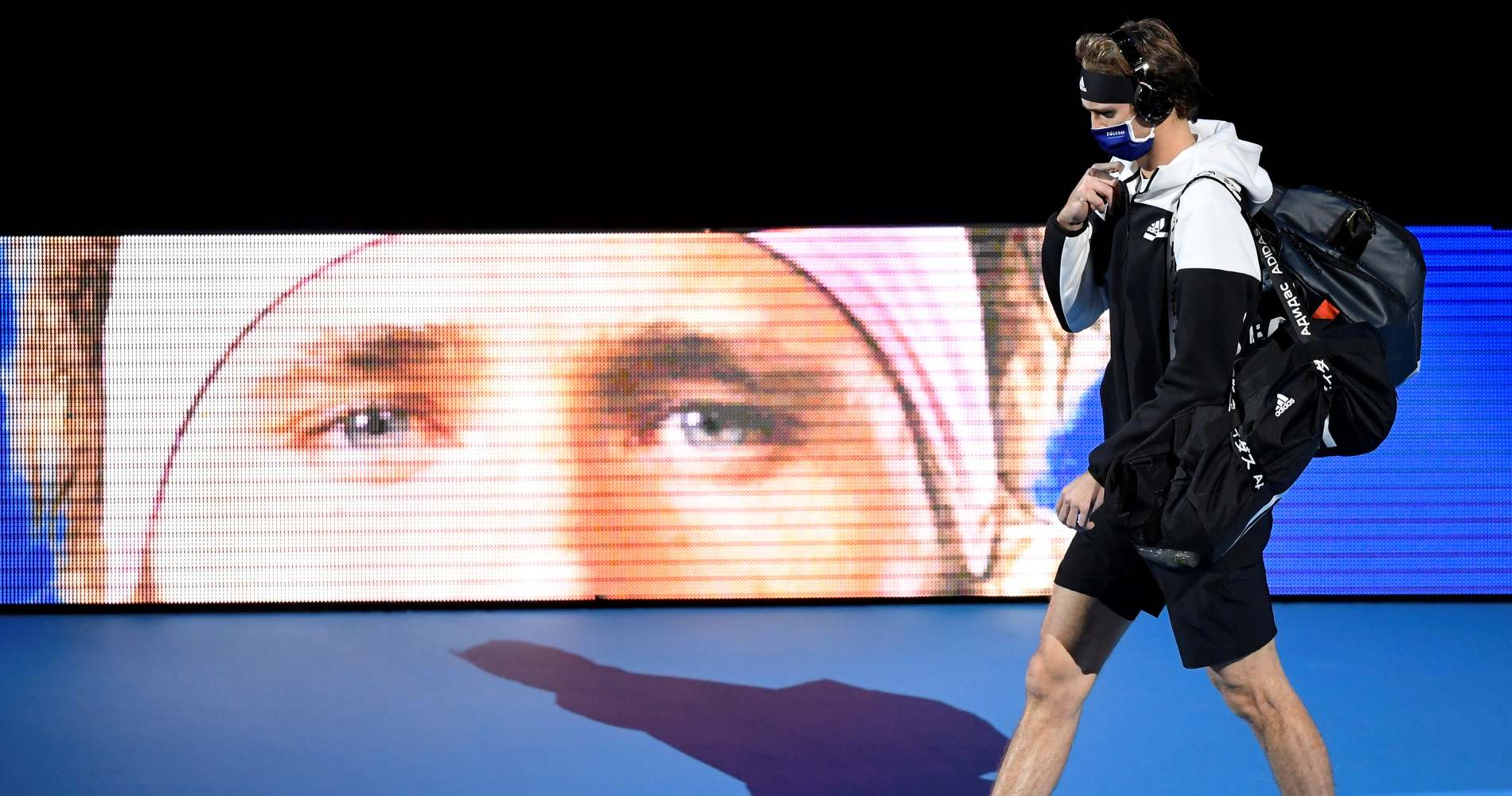 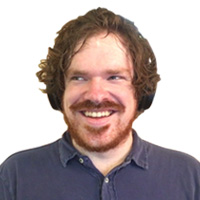 Tuesday, December 29: How the ATP swept its problems under the rug – including Alexander Zverev and Sam Querrey.

When the usually ceaseless men’s tennis carousel ground to a halt this year because of the coronavirus pandemic, it allowed for a clearer view of many of the oft-blurry specimens spinning within. The touted thoroughbreds and purported painted ponies on the merry-go-round – it became evident, upon closer examination, once they were stationary, they were too often acting like jackasses.

Frustratingly, this rare and tremendous opportunity for meaningful repair, renovation, and reimagination on the craft that is men’s tennis passed without meaningful work being done to the herd or the contraption on which they orbit. And as the tour slowly grinds back into gear, I fear that the operators currently at the switch lack the strength or the vision to ever fix what’s broken and corroded, and that their own loud blasting of cheery music drowns out external cries to do something.

There are numerous examples to consider from this year alone of troublesome behaviour going not only unpunished from the people charged with stewarding, but unexamined.

The otherwise girthy ATP rulebook is tissue-thin when it comes to ensuring that its players are good citizens; rather than a meaningful player conduct policy, the ATP relies on vague lines asking players “to refrain from engaging in conduct contrary to the integrity of the game of tennis” or acting in “a manner severely damaging to the reputation of the sport.”

Perhaps the clearest case comes from the late-season allegations of domestic violence which were levelled against Alexander Zverev by his ex-girlfriend Olga Sharypova. Sharypova came forward in late October with her story of experiencing abuse, and spoke in considerable detail about what she says she experienced in an interview I did for Racquet that was published a day later (a follow-up piece to which is on the horizon).

Also read: Olga Sharypova details the ‘hell’ she says she lived with Zverev: “He was pretty toxic”

The ATP not only refused to acknowledge or comment on Sharypova’s story, they waited seize long days to even put out a bland, boilerplate statement condemning domestic violence in the abstract. The ATP does not appear to be investigating Sharypova’s story, showing little interest in getting to the bottom of credible claims of cruelty against one of the sport’s rising stars (which he has repeatedly denied in a blanket fashion without addressing any of her specifics).

Querrey and the damage done

Then there is the more complicated case of Sam Querrey, who fled St. Petersburg, Russia, on a private jet in mid-October after he and his family tested positive for coronavirus before his first round there. While Querrey perhaps had reason to be uncomfortable with how he was being treated by Russian authorities, who were changing the conditions of his quarantine, his decision to bolt likely did considerable damage to the trustworthiness of tennis players, a reputation they will need as the tour seeks the blessing of local governments around the world to continue the upstream battle of being a globetrotting tour amidst a continuing pandemic.

The ATP rebuked Querrey’s “serious breach,” but only in private correspondence to players. The ATP also told players that it was taking the incident “extremely seriously” and that an investigation was underway.

But after more than two months have passed, the ATP has not yet made a public comment or sanction (update here on December 30th). Querrey appears eligible to play in the Australian swing which begins next month in a country which has made remarkable sacrifices to get its coronavirus numbers down to nearly zero.

While Querrey’s escape was perhaps the most dramatic, he was far from the first player to flout coronavirus protocols this year. Despite saying he would follow “self-isolating guidelines,” Zverev was out partying near Monaco days after he was part of the super-spreader Adria Tour event at which players including Grigor Dimitrov, Novak Djokovic and Borna Coric contracted the virus. Dominic Thiem, who was also part of the event, did little to curtail his lucrative summer schedule after his exposure.

Though disparate, the common thread through these cases has been silence. Not only has the ATP not publicly condemned any of these incidents, nor have almost any of the hundreds of the players in its ranks spoken out to give the impression that men’s tennis wants to be better than this.

Only Nick Kyrgios, who filmed himself ranting about Zverev while driving his car in Australia, has felt the need to make a peer accountable for actions that make the entire men’s tennis community look bad. As this stagnant social group congeals into something increasingly unappetising, Kyrgios’s shouldn’t be the only spoon stirring this pot.

Nick Kyrgios on Sascha Zverev. *A lot of things* were said. 😶 pic.twitter.com/zWxl9opKjC

There is, importantly, undeniable hunger for some sort of change within the men’s tennis ranks. What actions will be taken in the eagerness to sate it, however, will be crucial.

In August, Djokovic and Vasek Pospisil rolled out the “Professional Tennis Players’ Association”, a sort of proto-union that was meant to give players outside representation independent from the ATP. Even four months after the initial roll-out, details of the organisation have been kept purposefully vague.

“The PTPA has yet to be structured with its strategy and long-term vision yet to be clearly defined,” Djokovic wrote again this week. 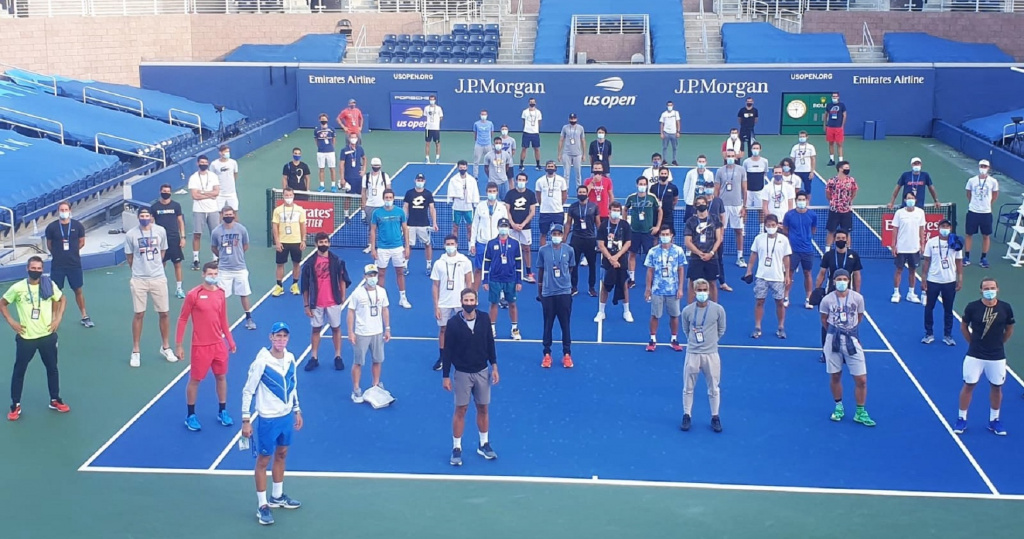 And yet, in spite of these vast vagaries – or perhaps because of them – many of the rank-and-file ATP players rushed to join up with Djokovic’s organisation, merely based on the knowledge that it would exist outside of the ATP.

Perhaps the answer is indeed for the players and the tour to break up and have a more officially adversarial relationship in men’s tennis. Apart from what the players stand to gain, it might allow the ATP to mete out real discipline and take real stands, instead of this wishy-washy middle in which they’ve found themselves growing increasingly soggy.