Coco Gauff in 2020: From off the court leader to career-high ranking

After beginning the year by reaching the fourth round at the Australian Open, Coco Gauff proved herself a leader off the court and a massive talent on it as she ended with a career-high ranking to take into 2021. Here is our season-recap for the 16-year-old. 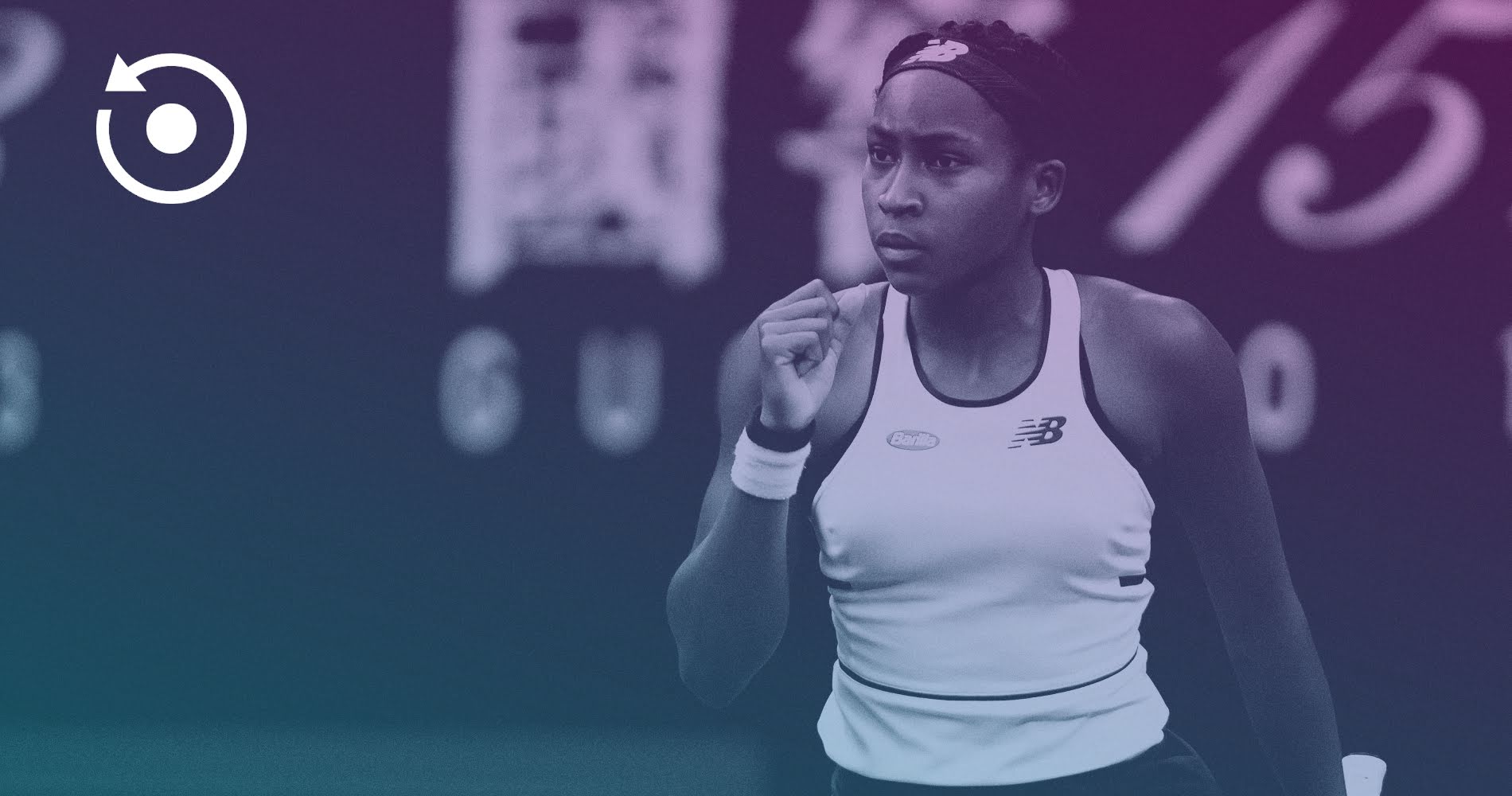 Coco Gauff set some pretty darn high standards for herself in 2019, when — at 15 years old — she famously reached the fourth round at Wimbledon as a qualifier, won two more Grand Slam matches at the US Open, and then captured her first WTA title in Linz. Still just 16 years old, the fact that Gauff even came close to living up to those same standards in 2020 is commendable.

Gauff came out red hot after the coronavirus break when she marched her way to the last four in Lexington. Starting with a win over Caroline Dolehide, she took out No 2 seed Aryna Sabalenka and then Ons Jabeur, both in three sets. It took an inspired Jennifer Brady, who ended up winning the title, to stop her in the semi-finals.

Having enjoyed a breakthrough year in 2019, Gauff picked up where she left off at the slams by reaching the fourth round at the Australian Open. Just as she had done at Wimbledon the previous summer, she beat Venus Williams in round one. The teenager proceeded to take out Sorana Cirstea before stunning No 3 seed and defending champion Naomi Osaka in the third round. It took the eventual champion, Sofia Kenin, to end her run in three sets.

Pic of the tournament💪🏾 @AustralianOpen thank you for the incredible experience🙌🏾. Nothing quite like Aussie summer🇦🇺☀️ #blessed #keepfighting pic.twitter.com/yMhRfDap3d

That run in Melbourne has to be considered the high point of Gauff’s season. Wins over Venus Williams and Osaka were especially impressive, and there is obviously no shame in bowing at the hands of Kenin — who not only won the Australian Open but went on to finish runner-up at Roland-Garros. Gauff’s post-hiatus performances were not as good (aside from the Lexington result), but her Australian Open showing confirmed that her 2019 Grand Slam heroics were no fluke.

Low point: Early exit at the US Open

Because of her previous major success, expectations were off the charts for Gauff heading into the 2020 US Open. However, a number of factors contributed to an early exit. The 16-year-old would have been a big fan favorite just as she was the past summer, but this time around there were no fans and no atmosphere to be found at the Billie Jean King National Tennis Center, thanks to the coronavirus pandemic. A first-round matchup with Anastasija Sevastova didn’t help Gauff’s cause. Sevastova was the No 31 seed and she had been to three consecutive US Open quarter-finals (including one semi-final) from 2016 through 2018. The Latvian defeated Gauff 6-3, 5-7, 6-4 in an empty Louis Armstrong Stadium.

Her performance, albeit in a shortened season, ultimately fell short to her mother Candi’s vision of Coco winning a Grand Slam in 2020 and breaking Martina Hingis’ record for youngest Grand Slam winner in our Raising a Champion series.

In the media: A voice for good

Gauff perhaps made even more news off the court than on it in 2021. Showing maturity beyond her years, she gave an incredible speech in support of the Black Lives Matter movement.

Self-assessment: “I need to be smarter on big points”

Gauff offered this assessment following her last match of the season, a 1-6, 7-5, 7-6(2) loss to Aryna Sabalenka during Ostrava semi-final action in late October:

“I just need to play a little bit smarter on pressure points, to make my opponent play. I wasn’t nervous today; I think I just need to be smarter. Sometimes I have tendencies — when it gets to the end — to rush out of the points, when instead I should put the ball in the court.”

After reaching the semis in Lexington, Gauff’s season never really got going and the American lost a number of matches from winning positions. That is totally understandable for a teenager, and the fact that she recognizes it (as shown in the above quote) is the first step toward overcoming it. Her tendency to throw in double-faults at important moments is a concern, but for all the hype and the expectation placed on the 16-year-old she still ended 2020 with a career-high ranking. Off the court she is already becoming a leader in the sport and with the chance to work on her game over the pre-season, expect her to continue her improvement in 2021 and head towards the top 10.