Behind every champion, there’s the parents. Most of them are very involved in their child’s careers. Meet Cori Gauff’s parents, Corey and Candi Gauff. It’s our episode #1. 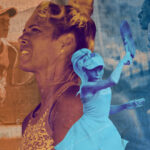 Julia Efremova, Raising a Champion #3 – Into Ksenia Efremova’s dreams
Next 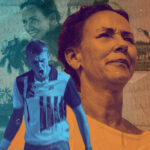 In this episode, meet Corey and Candi Gauff, Cori Gauff’s parents. At 15, she is one of the most promising players of her generation and a rising star of tennis. Although, 8 years ago, Corey and Candi were the very first to have faith in their daughter and in her potential career.

“Her main goal is to be the greatest of all time. Our job, as parents, is to put a plan in place for you to be successful.“

They believed in Cori so much, they decided to commit and put a 10-year plan in place. Corey and Candi Gauff took big decisions for Cori Gauff. The first, moving from Atlanta to Delray Beach (Florida), for Coco to be focus on tennis.

“We made the decision to go ahead and to move back to Florida.“

A sacrifice for her parents, who left a comfortable life in Atlanta to live on Candis’ parents home. But they really believed in Cori to do that, taking example of their own athlete life.

“Allowing her to train over in France and be a part of Mouratoglou Academy. That was the decision of saying yes because of me as a child, when I was a gymnast, I was asked to go and live in another state. And then, my parents said no to that.“

Corey is now coaching her daughter but faced the difficulty to find the balance between being a dad and being a coach.

“He’s in a difficult spot because he’s her dad as well as the coach. When you’re 12, 13, 14, you’re going through your own changes as a female. And, so… She’s not looking at you as coach when you’re saying something critical. She’s receiving it as Dad. And not Coach. They had to figure out their roles.“

On the other side, Candi plays her role as a mum, to allow Cori to be a normal teenager, who do her homework like everyone else.

“I became mainly the mom. To raise her and making sure that I’m raising a young lady. Making sure that she’s doing her schoolwork and developing friendships, having a social. And just answering some of the things that a young lady would want to know.“

By Tennis Majors
In Association with Scrine