Steeb had never beaten a top-10 player at the time but he took advantage of a world No 1 who wasn’t in peak condition. The visitors would go on to win a maiden Davis Cup crown. 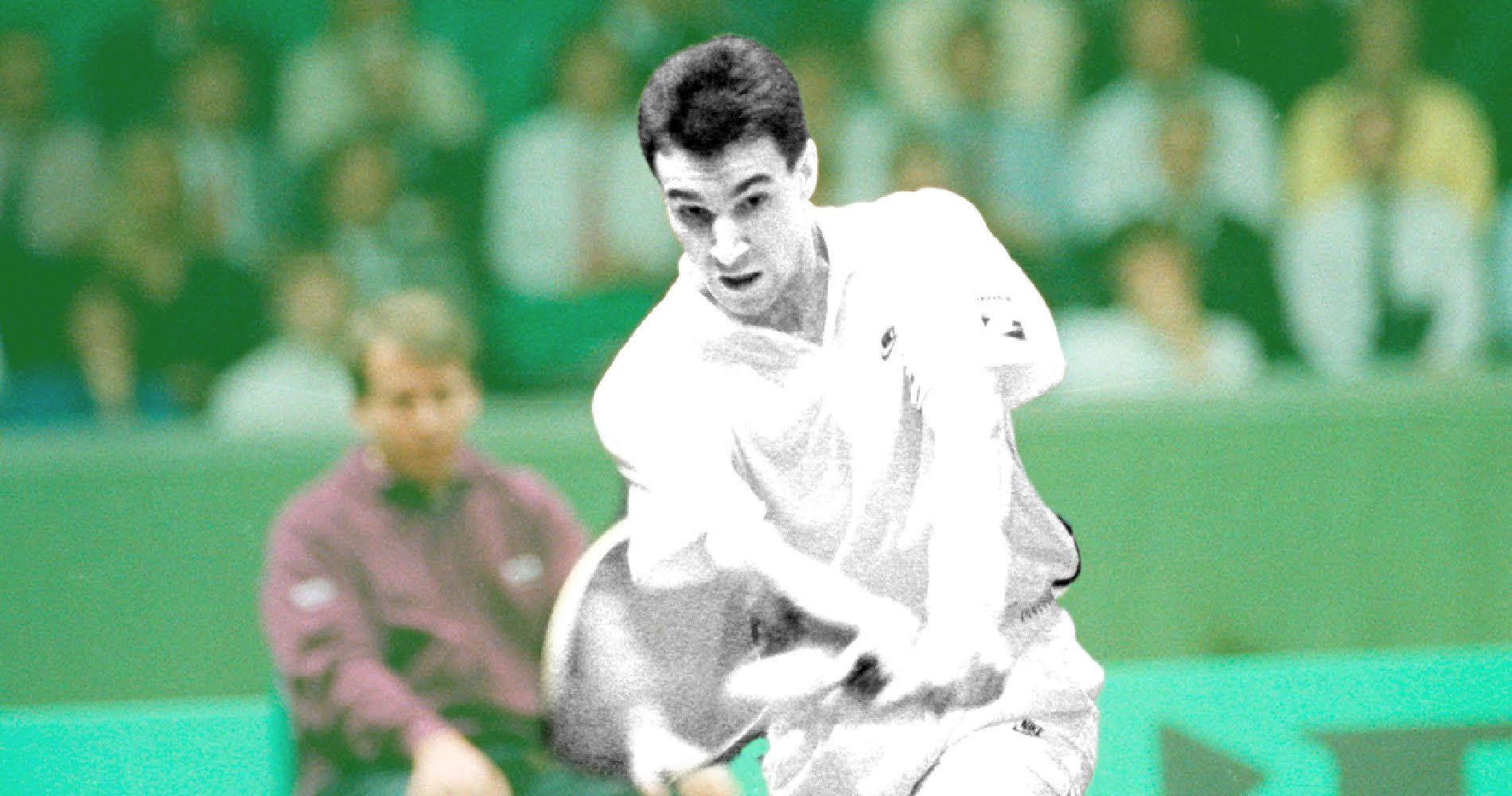 On this day, December 14, 1988, 74th-ranked Carl-Uwe Steeb saved a match point and upset No 1 Mats Wilander (8-10, 1-6, 6-2, 6-4, 8-6) to give visitors West Germany an unexpected 1-0 lead in the Davis Cup final. The young lefty’s victory helped to take the pressure off Boris Becker in the second match and he downed longtime rival Stefan Edberg to give his side a 2-0 lead. Sweden was doomed.

Carl-Uwe Steeb was born in 1967 and turned pro in 1986 aged 18. He broke into the top 100 the following year, aided by reaching the semi-finals in Stuttgart where he lost to Henri Leconte (7-5, 6-3). In the 1988 Davis Cup campaign, he played and won in the first round against Luiz Mattar (6-1, 6-2, 6-2) on his debut but was bypassed in favour of Eric Jelen in the next two rounds before returning for the final as chosen by captain Niki Pilic, a former French Open runner-up.

Mats Wilander, born in 1964, had been very successful at a particularly young age, claiming several major titles in junior events. Then in 1982, aged only 17 years and 10 months, he became the youngest player ever to lift a Grand Slam trophy, beating clay court legend Guillermo Vilas in the final at Roland-Garros (1-6, 7-6, 6-0, 6-4). He also made himself famous for a memorable act of sportsmanship earlier in the semi-finals against Jose-Luis Clerc. On his first match point, he reversed a call sealing victory after the umpire already announced “game, set and match.”

Wilander had also led the Swedish team to its first ever Davis Cup title in 1984, a feat that was repeated in 1985 and 1987. The next season, 1988, was undoubtedly Wilander’s peak year – after claiming three Grand Slam titles, he reached world No 1 on September 12. He now held seven Grand Slam crowns, the only one missing being Wimbledon.

The 1988 Davis Cup final was hosted by Sweden, and it was held on indoor clay at the Scandinavian in Göteborg. The arena hosted different sports events – from the World Ice Hockey Championships to the European Indoor Athletics Championships – but also concerts, including Led Zeppelin and more recently back then, Whitney Houston in May 1988. The Scandinavian hosted two previous Davis Cup finals, in 1984 and 1987, with the hosts winning both times in front of around 12,000 fans.

When Carl-Uwe Steeb and Mats Wilander entered the Scandinavian arena for the opening match of the 1988 Davis Cup final, no one thought that the 21-year-old could threaten the world No 1. After all, he had never beaten a top-10 player at the time (0-6) and Wilander had won 32 of his previous 39 Davis Cup singles matches.

No one except maybe Steeb himself, who boldly claimed the day before that he was going to give his team a 1-0 lead: “I will have nothing to lose and I can play relaxed.”

In the first set, although Steeb appeared to be more tense than he had anticipated, Wilander was unable to get ahead. The world No 1 was, unusually, sweating in the first few games, a sign that he was maybe not 100% physically. In fact, after his success at the US Open, Wilander only played four events and didn’t make the semi-finals at the Masters Cup. Steeb perhaps sensed his chance.

However, the Swede took the first set 10-8 (the tiebreak was only to be introduced in the Davis Cup the following year) and then blasted through the second set 6-1. Steeb was in a desperate situation, two sets behind the world No 1 who had never lost a five-set combat on clay since 1982. Surely the match was over.

Yet, Wilander surprisingly lost his concentration and instead of finishing off his opponent, gave him a helping hand by losing eight consecutive points in the middle of the third set. Against all odds, the West German won the third and fourth sets. And he was now playing freely.

“I was nervous in the beginning,” Steeb explained afterwards,  “but not in the last set. After four hours you just hit the ball.” 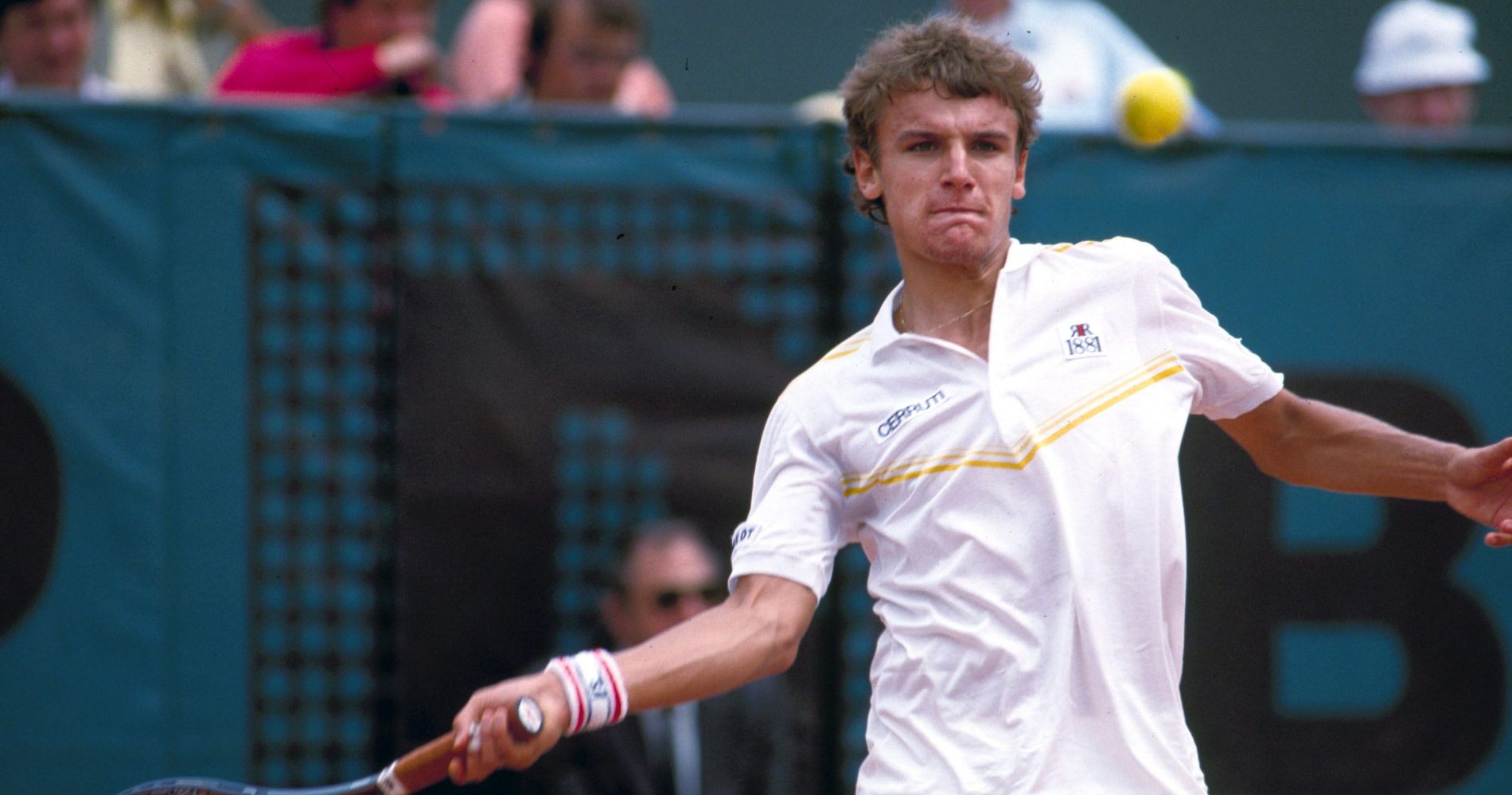 Yet, even if he looked under the weather, Wilander was world No 1 for a reason. After blowing a 5-3 lead, he broke Steeb at love at 5-5 and served for the match. The Swede even had a match point at 40-30, but after he missed his first serve, the German punished him with a forehand return on the second serve. A few games later, it was Steeb’s turn to break his opponent. He mastered his nerves and sealed the encounter on his second match point with a smash.

“I’m so happy,” said Steeb, according to The Los Angeles Times. “I just went for my strokes all the time. In the last three sets I think I played real well. I played more aggressive in the end and made my own points. Mats looked tired and he missed his passing shots when I came in.”

“I felt dead,” confirmed Wilander, according to The Washington Post. “Not in my legs, but in my shots. There was nothing in them. I don’t know why. Maybe he took it away from me. He mixed his game just the way you should against me on clay.”

“I found it difficult to motivate myself before the final,” added the world No 1, quoted by Le Monde. “In the end, I probably paid the toll for my recent lack of competition.”

In 1989, Sweden and West Germany would face each other in the Davis Cup final again, with the same outcome, although this time West Germany would rely on Becker’s outstanding performance in singles. Wilander, however, got his revenge against Steeb in five sets (5-7, 7-6, 6-7, 6-2, 6-3).

Steeb’s win against Wilander would remain the highlight of his career. He would climb as high as No 14 in 1990 but would never go past the fourth round at a major. The biggest of his three career titles came at Moscow’s Kremlin Cup in 1995. 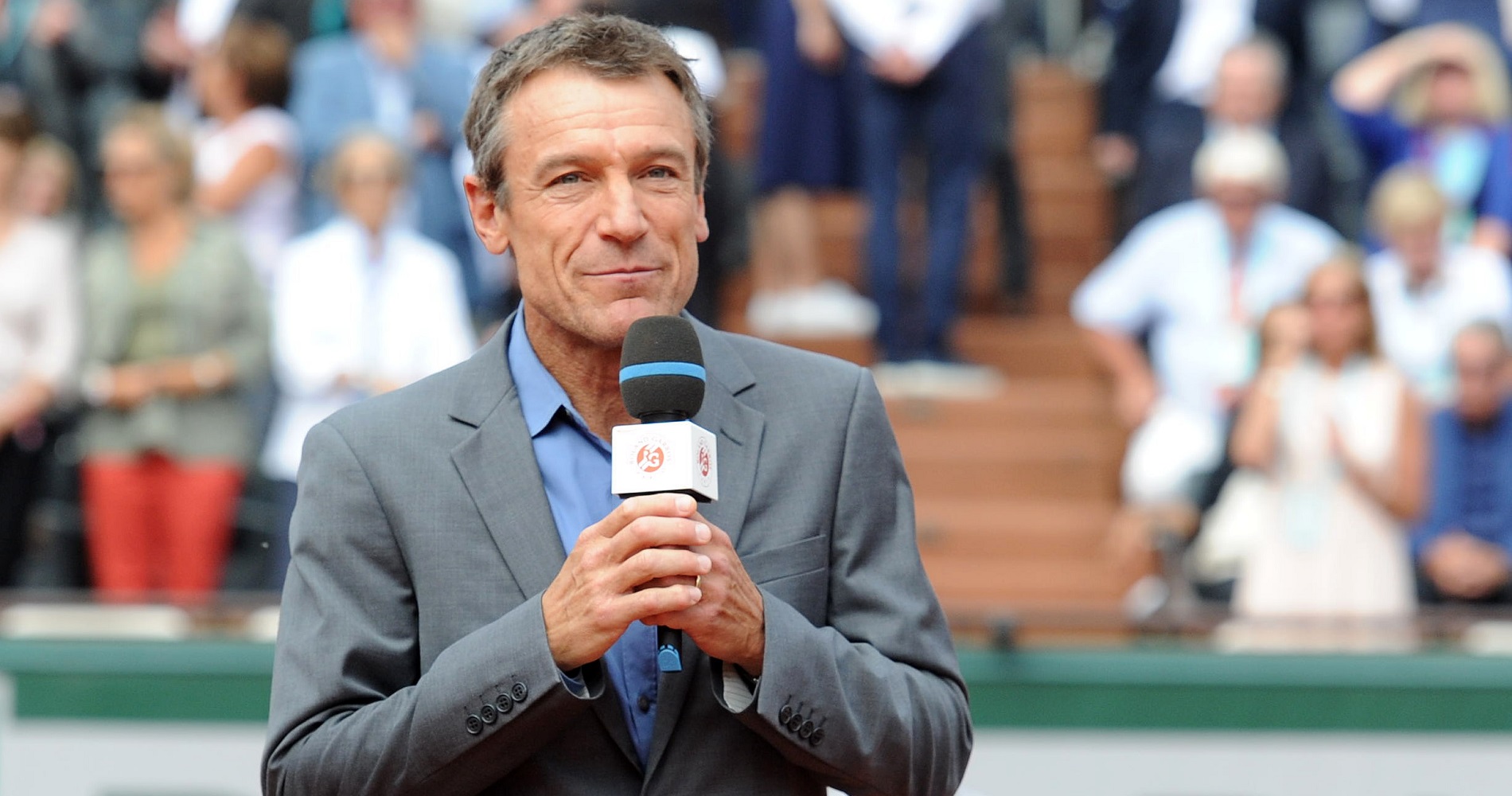 Wilander’s unexpected loss to Steeb would be the first sign of his decline. He would never reach another Grand Slam final and by early 1990, would be out of the top 10 for good.  In 2020, he would explain to atptour.com : “I felt like I was the best player in the world during the year of 1988, but once I got labelled No. 1 with an actual ranking, I actually had a shocking four months…I guess I was just horrible at dealing with that pressure.”