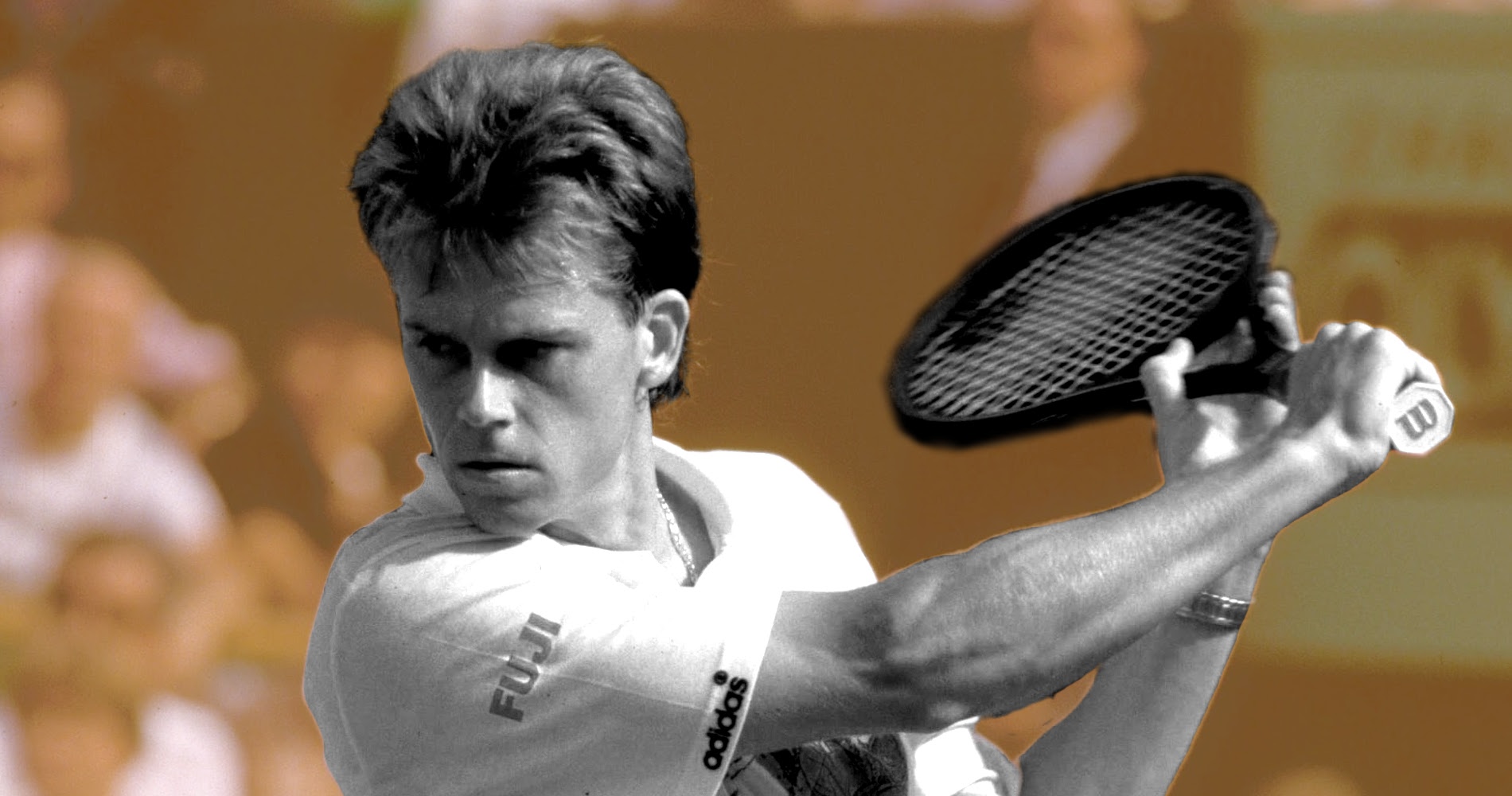 On this day, December 9, 1985, 19-year-old and future world No 1, Stefan Edberg, claimed his first Grand Slam title, defeating fellow Swede Mats Wilander in the Australian Open final (6-4, 6-3, 6-3). Edberg’s victory confirmed the change on the Tour in 1985, as he was the second newcomer claiming a major title after Boris Becker had triumphed at Wimbledon. The two Swedish players flew back home together as they had to prepare for the Davis Cup final against West Germany.

Stefan Edberg, unlike his famous countrymen Bjorn Borg and Mats Wilander, played serve-and-volley. Born in 1966, he was very successful in junior tournaments: in 1983, he achieved the junior Grand Slam, but he almost quit tennis the same year, at the age of 17, after one of his serves accidentally killed a line judge in New York. He continued and probably didn’t regret it. The Swede, who had bravely abandoned a two-handed backhand for a single-handed one at the age of 15, claimed his first professional title as soon as 1984, in Milan, defeating Mats Wilander in the final (6-4, 6-2). The same year, he reached the quarter-finals at the Australian Open, without beating any top 50 player (defeated by the same Wilander, 7-5, 6-3, 1-6, 6-4). In 1985, he added three new titles to his list of achievements (Memphis, San Francisco and Basel), and at the beginning of the Australian Open, which was still held in December at the time, he was world No 6. To establish himself as one of the best players in the world, he still needed a remarkable result in a Grand Slam tournament. 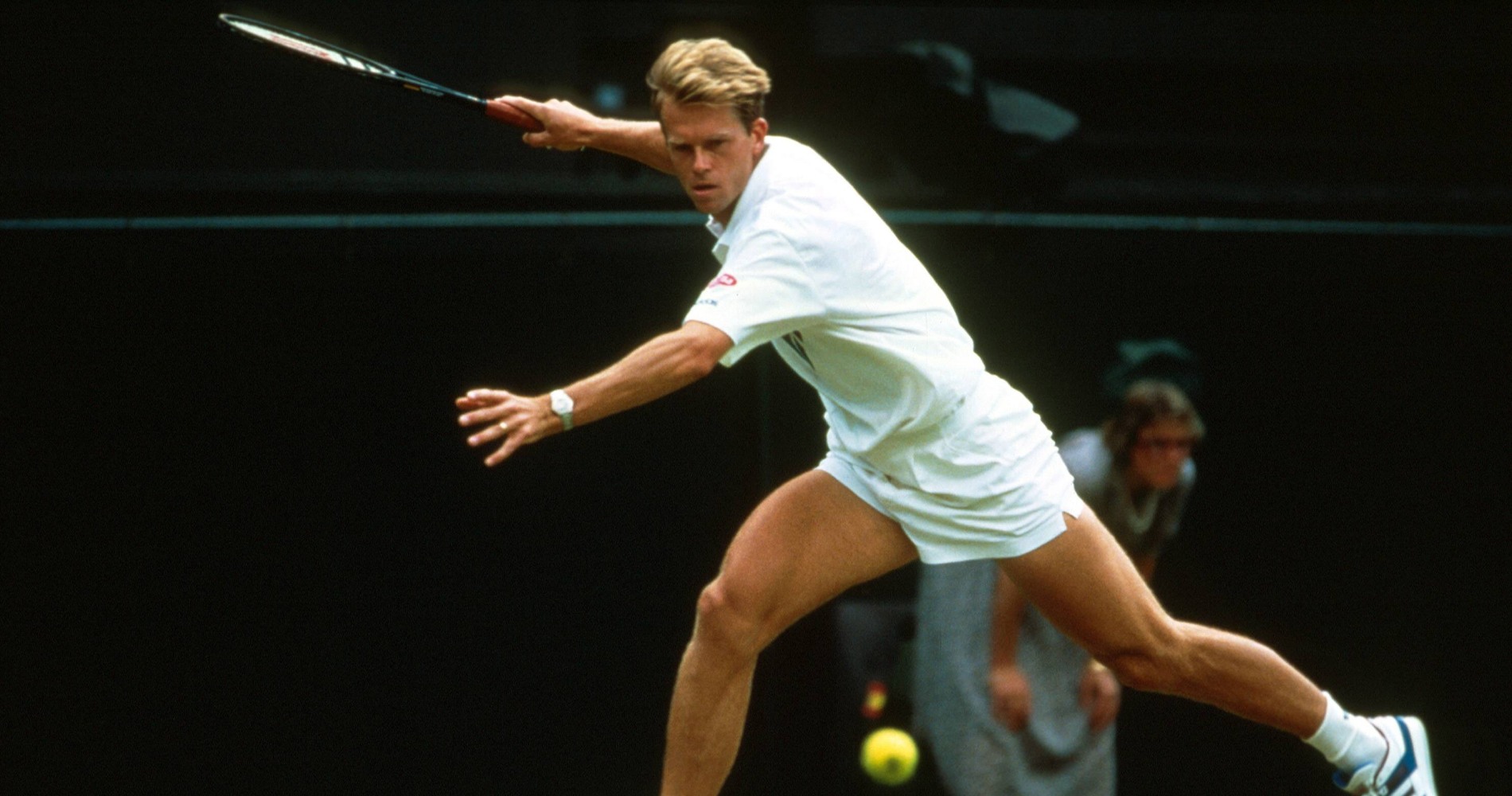 Mats Wilander, born in 1964, had been very successful at a particularly young age. In 1982, aged only 17 years and 10 months, he became the youngest player ever to lift a Grand Slam trophy, beating clay court legend Guillermo Vilas in the final (1-6, 7-6, 6-0, 6-4). He also made himself famous for a memorable act of sportsmanship earlier in the tournament. In the semi-final against Jose-Luis Clerc, on his first match point, he reversed a call that was sealing his victory after the umpire had already announced “game, set and match”. In 1982, in a Davis Cup quarter-final, he also played the longest match of the Open Era, losing after six hours and twenty-two minutes of play to John McEnroe (9-7, 6-2, 15-17, 3-6, 8-6). Runner-up to Frenchman Yannick Noah at Roland-Garros in 1983 (6-2, 7-5, 7-6), he claimed a second Grand Slam crown a few months later, defeating Ivan Lendl (6-1, 6-4, 6-4) to triumph on the Australian grass to general astonishment, as his game style was more suitable for clay court. In 1984, he successfully defended his title in Melbourne (defeating Kevin Curren in the final, 6-7, 6-4, 7-6, 6-2), and in 1985, he added a second Roland-Garros trophy to his list of achievements (beating Lendl in the final, 3-6, 6-4, 6-2, 6-2). Wilander had also led the Swedish team to its first ever Davis Cup title, in 1984, and his team was also qualified for the 1985 final. At the start of the Australian Open, he was world No 3.

Unlike the other Grand Slam tournaments, The Australian Open (first known as the Australiasian Championships and, later, the Australian Championships) had moved several locations throughout the years. In fact, the event switched cities every year before it settled in Melbourne in 1972, and no less than five Australian cities had hosted the event at least three times: Melbourne, Sydney, Adelaïde, Brisbane and Perth. The event was held on grass at the Kooyong Stadium, in a posh easter suburb of Melbourne. Its timing had changed several times as well, between early December and January, going from being the first Grand Slam of the year to being the last. Until 1982, many of the best players skipped the Australian Open, because of the remoteness, the inconvenient dates (around Christmas and New Year’s Day) and the low prize money. Mats Wilander was one of the players who gave back some prestige to the tournament, and he was the double defending champion, having claimed the title in 1983 and 1984.

The 1985 Australian Open final was the fifth encounter between Stefan Edberg and Mats Wilander. So far, Wilander had prevailed four out five times, but Edberg had recently changed his status. Having saved two match points in the fourth round against Wally Masur (6-7, 2-6, 7-6, 6-4, 6-2) before defeating world No 1, Ivan Lendl, in the semi-finals (6-7, 7-5, 6-1, 4-6, 9-7), he had proven that he was “made of the right stuff”, to quote his coach, Tony Pickard. Yet, after having played two match in five sets, there was a chance that he could lack stamina against his consistent countryman, who had already claimed no less than four major crowns, including the 1983 and 1984 Australian Open.

Wilander had reached the final without dropping a single set, but what should have worked in his favour might have actually been his downfall. To defeat the world No 1 in the semi-finals, Edberg had had to sharpen his serve-and-volley game, and he started the final at such a high level that his opponent couldn’t keep up. Wilander was totally outplayed from the start to the end of a very one-sided match, to the point where he lost a bit of his usual calm, asking the umpire to check the height of the net and asking a line-umpire to remove his jacket because the sun was allegedly reflecting on its buttons. After his four-hour fight in the semi-finals, the last match seemed almost easy for Edberg, who won 6-4, 6-3, 6-3 in only 93 minutes.

”This has been one of my greatest tournaments ever,” Edberg said after his victory, according to The New York Times. ”I’ve never been so happy in my life.”

Despite his disappointment, Wilander kept his sportsmanship. “If there’s somebody I don’t mind very much to lose to, it’s Stefan. He’s a very good friend.” Hearing this was probably a relief for the Swedish Davis Cup captain, as the two players were about to team up in the Davis Cup final against West Germany, three weeks later.

Although Boris Becker would defeat them both, Mats Wilander and Stefan Edberg, with the help of Joakim Nyström for the doubles, would beat West Germany in the Davis Cup final, a few days before Christmas.

Wilander’s peak year would undoubtedly be 1988, when he would reach world no.1 after claiming three out of the four Grand Slam titles. In total, Mats Wilander would win the Australian Open three times and seven Grand Slam tournaments, the only one missing from his list of achievements being Wimbledon, where he would never go past the quarter-finals.