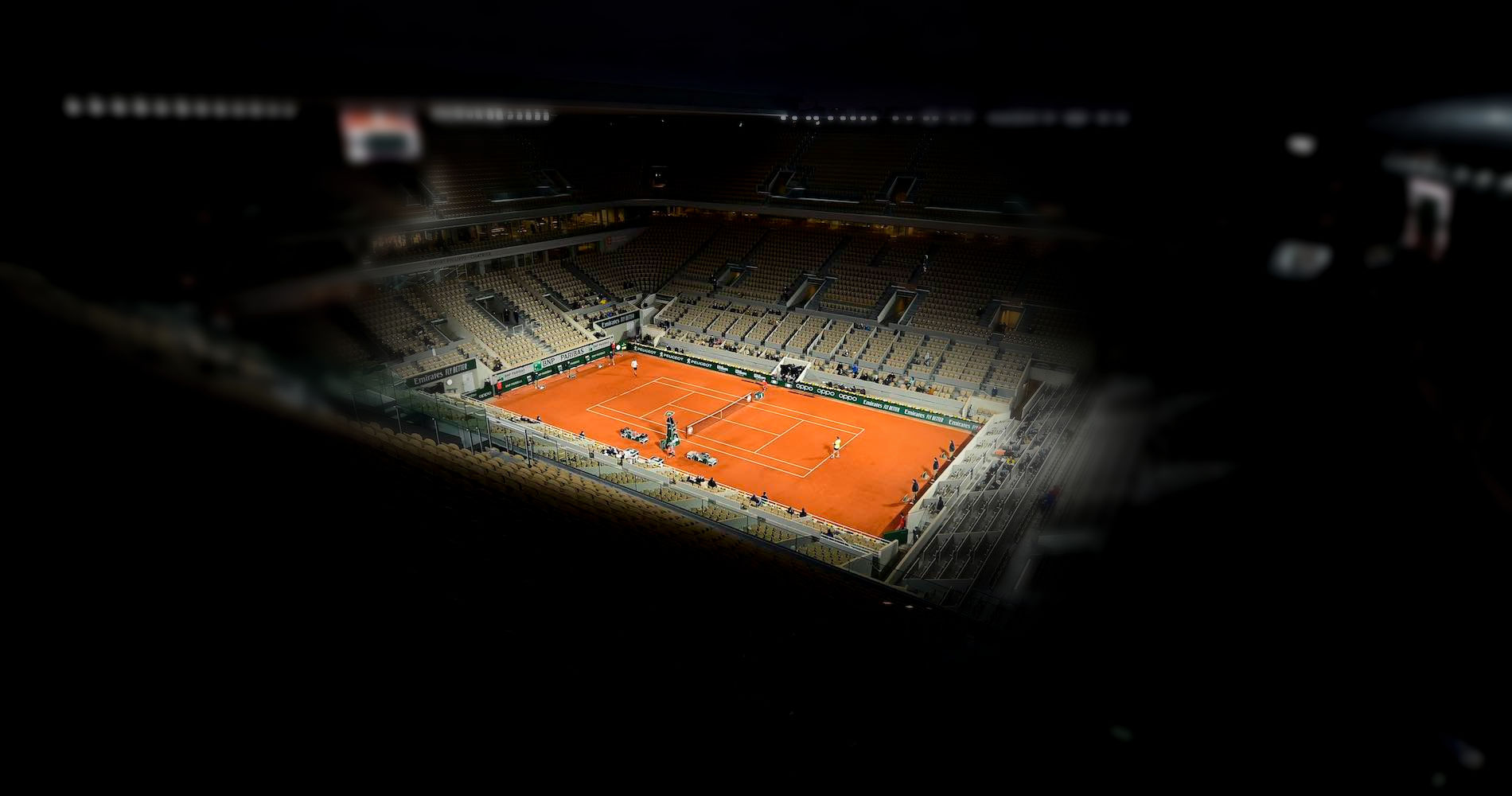 Tennis – so long the sport that could point to its record of reasonable equality between its male and female stars – has not covered itself in a great deal of glory in recent months.

And Guy Forget and Roland-Garros have just made it even worse.

Venus Williams looked back on her years of battling for equal recognition and equal prize money at Grand Slams just a few weeks ago, writing:

“There is still a mindset that women’s tennis isn’t as valuable as men’s…I refuse to let that mindset dictate my success. And we must not allow it to dictate society’s progress.”

And yet despite the equal prize money at Slams, the female players are still treated as second-class citizens in lots of apparently small ways, which add up to a big problem.

‘Women don’t get the opportunity’

Cast your mind back to last summer when the Professional Tennis Players Association announced its arrival, professing to represent all those on tour. A group of ATP players stood together on court and put their name to the PTPA’s initial correspondence, but made no mention of their WTA counterparts (though co-creator Vasek Pospisil claimed later to Tennis Majors that they did indeed intend to include female players at a later date). The absence of women in the initial striking photo was commented on by multiple people, including Andy Murray.

“The fact that the women aren’t part of it, I feel like that would send a significantly – well, just a much more powerful message personally if the WTA were onboard with it, as well. That’s not currently the case.”

Most years, the show court schedule at Grand Slams is closely scrutinised. Men have historically tended to dominate the biggest prime-time stages. Caroline Wozniacki complained about Wimbledon in 2015:

There is no formal night session at Wimbledon, though, and they are by no means the only Slam with equality problems. The Australian Open has in recent years scheduled one men’s and one women’s singles match on Rod Laver Arena for the night session in the first week of action, but that balance hasn’t extended to the second week, where men have taken priority – despite having an Aussie star for locals to cheer on, the tournament still insisted on scheduling her semi-final during the day in favour of Roger Federer v Novak Djokovic in the evening.

To its credit, the US Open has done well at ensuring that there is usually one men’s and one women’s singles match on Arthur Ashe Stadium in the day session and then the night session.

But now Roland-Garros has set back the small amounts of apparent progress and opened a lot of old wounds with their 2021 innovation – a single night match, the “match of the day”, on Court Philippe-Chatrier.

Reports had suggested initially that these prime slots were reserved solely for the men’s singles, which naturally triggered plenty of shock.

The tournament were quick to deny that, issuing a statement:

“The FFT would like to underscore that at Roland-Garros women and men enjoy an equal footing, notably when it comes to prize money. In this vein, two women’s and two men’s matches are to be programmed daily on Court Philippe-Chatrier…the fourth match, the ‘match of the day’, which will be played from 9pm, could be either a men’s or women’s match depending on the order of play decided upon by the head tournament umpire.”

Roland-Garros may claim to value their female players equally, but that doesn’t extend to their ticket prices. To watch the women’s singles final, their website indicates that a top-price ticket is 150 euros. For the men’s, it’s 260 euros.

And now director Guy Forget has, essentially, confirmed that the initial stories about the new night session had more than a grain of truth in them.

“We didn’t say no to playing women’s matches [in the night slots]. We didn’t say we would only play men’s matches either. If, at some point, there is a women’s match that is a great match, it could be the match of the day, the one people want to see first. We’ll want to put that match in the evening session. We’ll make sure we put the match that’s really expected every time so that people have a really good time at Roland Garros.”

Match of the day

There are two glaring errors with Forget’s logic. Sure, a three-set minimum match is likely to take longer than a two-set minimum match – but that isn’t guaranteed. One of the male players might be forced to retire through injury, as Pablo Carreno Busta did against Nadal in 2017 after just 51 minutes. Or you might get a surprisingly long two-setter – take, for example, Petra Kvitova’s round of 32 match against Leylah Fernandez last year. Nobody would have expected the unseeded Canadian to push the seventh seed, but the Czech needed two hours to complete a straight-sets win – 7-5, 6-3.

Also, is a one-sided thrashing of the nature Forget mentions genuinely the match of the day, even if it features one of the game’s big stars? Getting a wave from one of the Big Three might sound delightful, but if they’re dishing out a 6-1, 6-2, 6-2 beating in an hour and 20 minutes, like Novak Djokovic did to Ricardis Berenkis in the second round in 2020, that surely isn’t the incredible spectacle the tournament wants spectators to enjoy. At the same point in the women’s draw, Sara Errani and fifth seed Kiki Bertens played out an immense three-setter lasting three hours and 11 minutes, which included injury time-outs, player arguments and a final-set tie-break.

One of the greatest things about Grand Slam tennis is its sheer unpredictability. Roland-Garros may well regret their assumption that the Big Three from the men’s side of the draw will be bankers for an entertaining, reliable couple of hours on their big show court every evening. A more measured and imaginative assessment is required if they genuinely want to give tennis fans “a really good time”.

In its statement, the FFT said:

This decision will also allow the tournament to support a category of players who have been particularly affected by the Covid-19 crisis, financially-speaking.

The French Open, which has been behind on gender equality among Slams recently, finally catches up by having matching 128-player draws for both men’s and women’s qualifying.

This marks the first time all four Slams truly offer equal pay to men and women. In 2021. At last.#RG21

And while the FFT’s move on the qualifying draw will probably roll back some of the heartburn caused by Forget’s comments, it remains to be seen how they eventually play their cards when it comes to the actual tournament next month.