Meeting Borna Coric : the Croatian in his own words

How much do you know about Borna Coric? Find out about the Croatian star – in his own words as he talks about his life and some memorable matches. 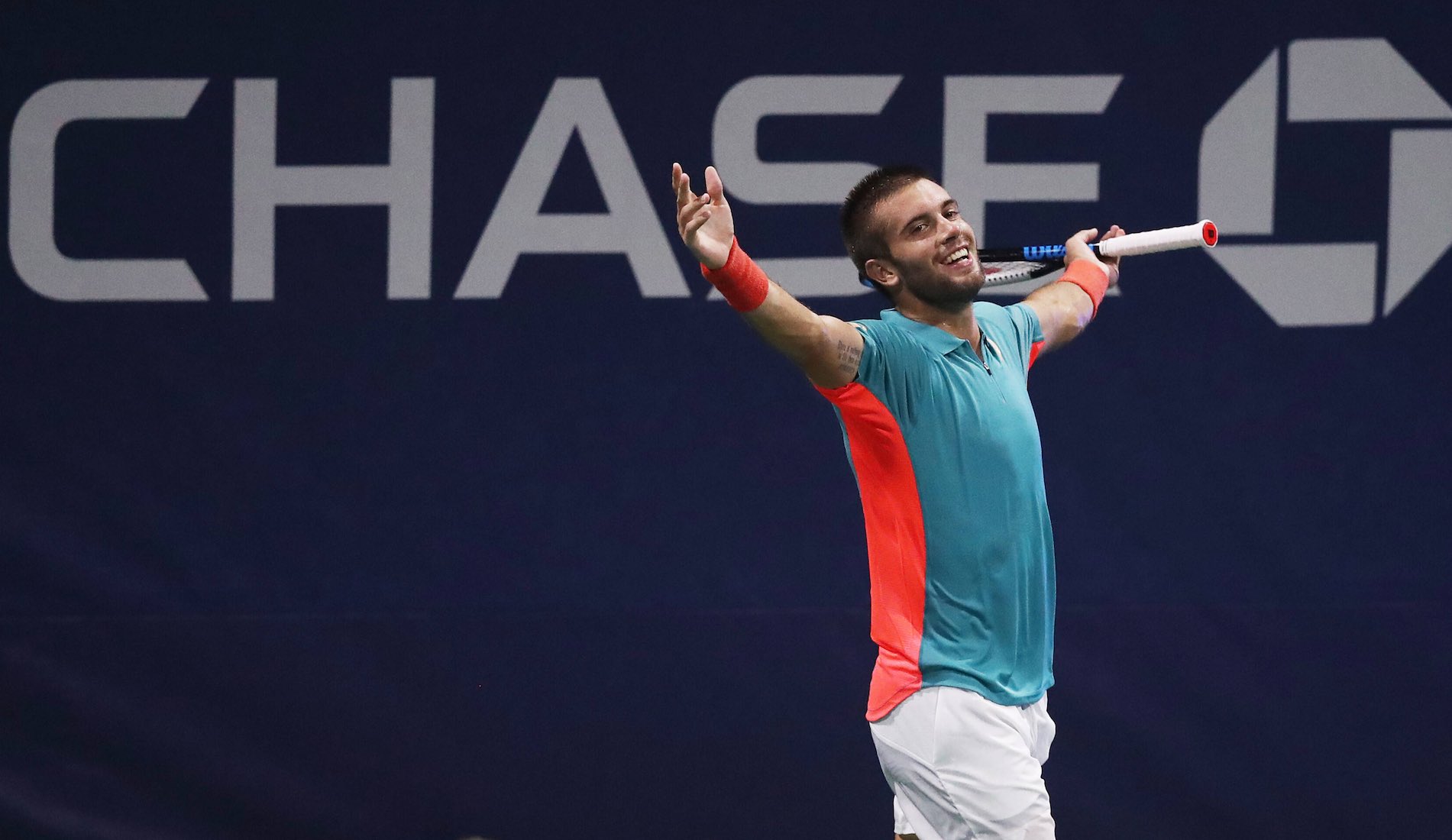 Sasa Ozmo
October 18, 2020
The Croat speaks exclusively about his life and career – and what he likes to do off the court.

When he went to a tennis court for the first time, his dad told the coach that little Borna was left-handed because he was writing and eating with his left. He was kicking the ball with his right, though, so the coach just told him to pick up the racket and hit a forehand.

“I did it with my right, unfortunately,” says Coric laughingly.

In Bercy in 2017, Coric asked for an espresso during his match with Marin Cilic, which he eventually lost 6-4, 6-3.

“Looking back at it, a pretty dumb move from my side, but I was nervous throughout the whole match. I spent the whole day at the club and the match was late, around 10pm, so I was under the impression that my reflexes were slow. It wasn’t that, actually, Marin was just serving bombs, I wouldn’t have been able to make a return even if I had drunk 10 espressos.”

Coric admits he is not that keen on books, preferring to watch a movie or a TV show from time to time, but describes himself as a very social person who finds most satisfaction in hanging out with his family and friends.

“I think I am a decent guy, you’ll never catch me talking behind someone’s back or something like that. I can be impulsive outside the court, even more than when I am on it, but I think that is a good thing – in order to be a true champion, you need to have a healthy dose of audacity.”

Match of his life: No practice, no warm-up…

In his resume, Coric has wins over both Rafael Nadal and Roger Federer, plus Andy Murray while he was world No 1, but his most precious memory from the tennis court is defeating Frances Tiafoe and clinching the victory for Croatia in the Davis Cup 2018 semi-finals against the USA – 6-7(0), 6-1, 6-7(11), 6-1, 6-3. It was about the win, but even more so about everything that had happened beforehand.

“We were up 2-0 after Friday and everyone kind of relaxed a little bit, which is something I never do. I had some minor abdominal problems, so I didn’t even practice on Saturday thinking, ‘No way, we’re going to win doubles. And if we don’t, Cilic is going to beat [Sam] Querrey’ – head to head was 6-0′. We lost the doubles, Marin was a set and 6-1 up in the second set tiebreak. Thinking it was over, I decided to have a cake to treat myself. But then Querrey began playing amazingly and came back to win, and I started to panic – no practice, no warm-up of any kind and I have to play the most important match of my life in front of 7,000 people. I felt pain in my stomach, but I took some pills and won. That is part of the reason why I hold that match dearest to my heart.”