Every day, Tennis Majors looks back at the biggest moments in tennis history. On January 15, 1981, Bjorn Borg lost his cool and was docked points for the first time in his career 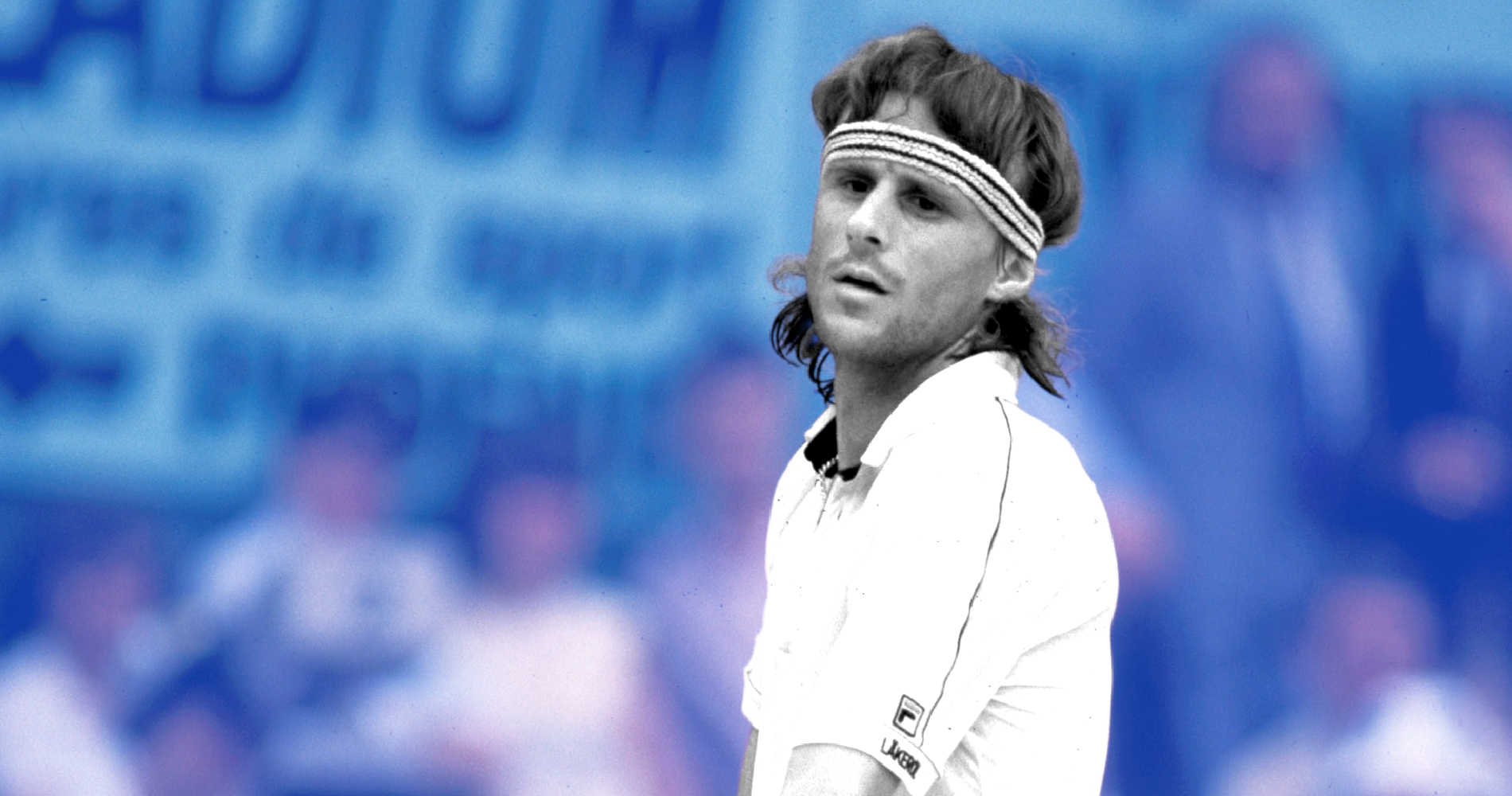 On this day, January 15, 1981, while facing John McEnroe in the round robin stages of the Masters, Bjorn Borg received warnings and penalty points for the only time in his career. The Swede, who was known for his legendary ability to remain calm in any circumstance, disagreed with an overrule and his attitude cost him the second set. Nevertheless, Borg retrieved his cool in the third set and prevailed, 6-4, 6-7, 7-6. A few days later, he would even win the tournament.

Bjorn Borg, born in 1956, was the champion who changed the game of tennis forever. His unprecedented stardom and his numerous successes were the main reasons why tennis became such a popular sport in the 1970s. His game style, which involved a lot of topspin and a two-handed backhand, was revolutionary and would be copied all around the world. His nickname “Ice Borg” reflected his attitude on the court: he seemed to have his emotions under control at all times. He started playing tennis as a nine-year-old. By the age of 15, he was already a member of the Swedish Davis Cup team and, for his first appearance in the competition, he won his singles match against New Zealander Onny Parun. He turned professional the following year, in 1973, before even turning 17, and soon he reached the final in Monte-Carlo, where he was defeated by Ilie Nastase (6-4, 6-1, 6-2). His domination of the game started in 1974, when, at the age of 18, he claimed his first Grand Slam title at Roland-Garros, becoming, at the time, the youngest ever French Open champion. Since the start of his career, only one player had managed to defeat Borg in Paris: Adriano Panatta, from Italy, who beat him in 1973 and 1976. Otherwise, the Swede remained undefeated in Paris, where he had already triumphed five times (1974, 1975, 1978, 1979, 1980). Since 1976, he had also proved himself invincible at Wimbledon, where he had claimed five consecutive titles: Arthur Ashe was the last player to beat him at the All England Club, in 1975. As Bjorn Borg had attended the Australian Open only once, in 1974, it was considered that the only major title he was still chasing was the US Open, where he had lost three times already in the final, twice to Jimmy Connors, in 1976 and 1978, and once to McEnroe, in 1980 (7-6, 6-1, 6-7, 5-7, 6-4).

John McEnroe, the lefty from New York, was born in 1959 and he had amazed the tennis world since his first steps on the tour, in 1977, when at the age of 17, showing up at Wimbledon as an amateur, he made his way out of the qualifications unto the semi-finals. “Mac” was very talented, his game being based on precision and touch on top of an iconic and lethal serve that he liked to follow at the net. In 1979, he became the youngest ever US Open champion, defeating Vitas Gerulaitis (7-5, 6-3, 6-3). He also made quite a sensation by beating Borg (7-5, 4-6, 6-2, 7-6) to win the WTC Finals. In 1980, he played his most famous match in the Wimbledon final, where he lost in five sets against Borg, after winning an outstanding tiebreak in the fourth set (18-16). In September, he managed to defend his title at the US Open, edging Borg in the final (7-6, 6-1, 6-7, 5-7, 6-4). McEnroe was also known for his shocking on-court behaviour in the well-mannered world of tennis. His constant quarrelling with the officials made him infamous in a gentleman’s sport.

Founded in 1970, the year-end Masters was the final showdown between the eight best players in the world. Held in a different location every year at the start, and settled at the Madison Square Garden, in New York, in 1977. In this “World’s Most Famous Arena”, the Masters became more than just a tennis tournament, but a spectacle. In this first edition, tickets were sold out well in advance, with more than 18,500 spectators packing the stands. The tournament director, Ray Benton, had moved the event to January, in order to avoid competition with American football, and, before the upcoming Super Bowl, the Tennis Masters Cup was the main sports event in the United States that week.

The 1980 Masters, held in January 1981, had started with two big surprises: both McEnroe and Borg, who had faced each other in the two last Grand Slam finals, were heavily defeated in their first round-robin match. While the American was swept off court by Jose-Luis Clerc (6-3, 6-0), the Swede was destroyed by Gene Mayer (6-0, 6-3). Thus, when they faced each other in the second match, the stakes were high, as the loser would virtually be eliminated from the tournament.
This new episode of their intense rivalry was also full of surprises. If one player was expected to argue over line calls and be awarded warnings and penalty points, it was the boiling McEnroe, not the well-composed “Ice Borg”. Yet, despite having won the first set, 6-4, the Swede was unusually vocal on several occasions, questioning some overrules by the chair umpire. Then, in the second-set tie-break, the unbelievable happened: the great Bjorn Borg was awarded not one, but two penalty points! 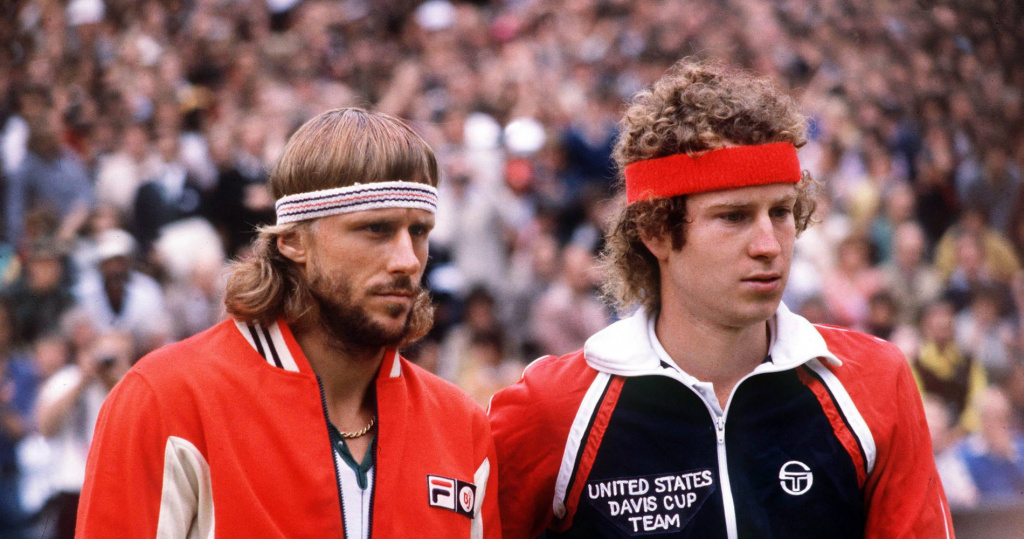 How did that happen? At 3-3, the Swede hit a forehand that was called in by the linesman, but the chair umpire, Mike Lugg, called it out. This decision displeased Borg, who came to Lugg and protested calmly. The umpire stood by his own decision, but the Swede surprisingly refused to resume the game. He didn’t move and, after a while, the umpire had no other choice than to award him a warning for delaying the game, but as the five-time Wimbledon champion still didn’t budge, the warning was followed by a penalty point – 5-3 for McEnroe. By now, the supervisor had come to tell Borg that his protesting was useless and that the umpire couldn’t reverse his own call, but the Swede remained still and didn’t want to let go. Many, including his opponent, started to wonder if he was going to default. Finally, after he received another penalty point, giving McEnroe two set points at 6-3, Borg walked back to the baseline, only to lose the point and the set.
“I couldn’t believe it happened,” McEnroe would say afterwards, according to The New York Times. “I was totally shocked. (…) I almost didn’t want to take the points.”

In the first game of the final set, as early as the second point, the umpire once again overruled his linesman against Borg, denying him an ace. The Swede was now furious, but on his second serve, McEnroe deliberately returned straight into the stands, giving away the point. Somehow, the Swede overcame his frustration, winning the decider 7-6, qualifying for the semi-finals. “I think the match had everything,” Borg said. “From bad calls to great points.”
Almost 40 years later, the 11-time Grand Slam champion would recall the incident. “I got very upset. I went to the umpire, I was pretty nice but I wanted some answers. He didn’t give me the right answer and I got a warning and then two penalty points. That was the only time in my career that I got warnings and penalties. But I won the match anyway.”

McEnroe would triumph three times at Wimbledon (1981, 1983, 1984), and four times at the US Open (1979, 1980, 1981, 1984). 1984 would be his peak year. Claiming both Wimbledon and the US Open, but also the Masters Cup and the Davis Cup, he would finish the year as the undisputed world No 1, holding an 82-3 record. The only disappointment in that glorious season would be his heartbreaking loss against Lendl in the final of Roland-Garros after blowing a two-set lead. After 1984, McEnroe would never win a Grand Slam title again. In 1986, mentally worn out, he would even take a break from the tour to marry Tatum O’Neal. He would be back but “Mac” would never obtain the same remarkable results and would not reach any more Grand Slam finals.