On this day in tennis history, two stars fought their way to the latest-ever finish at the Australian Open. Find out how it happened. 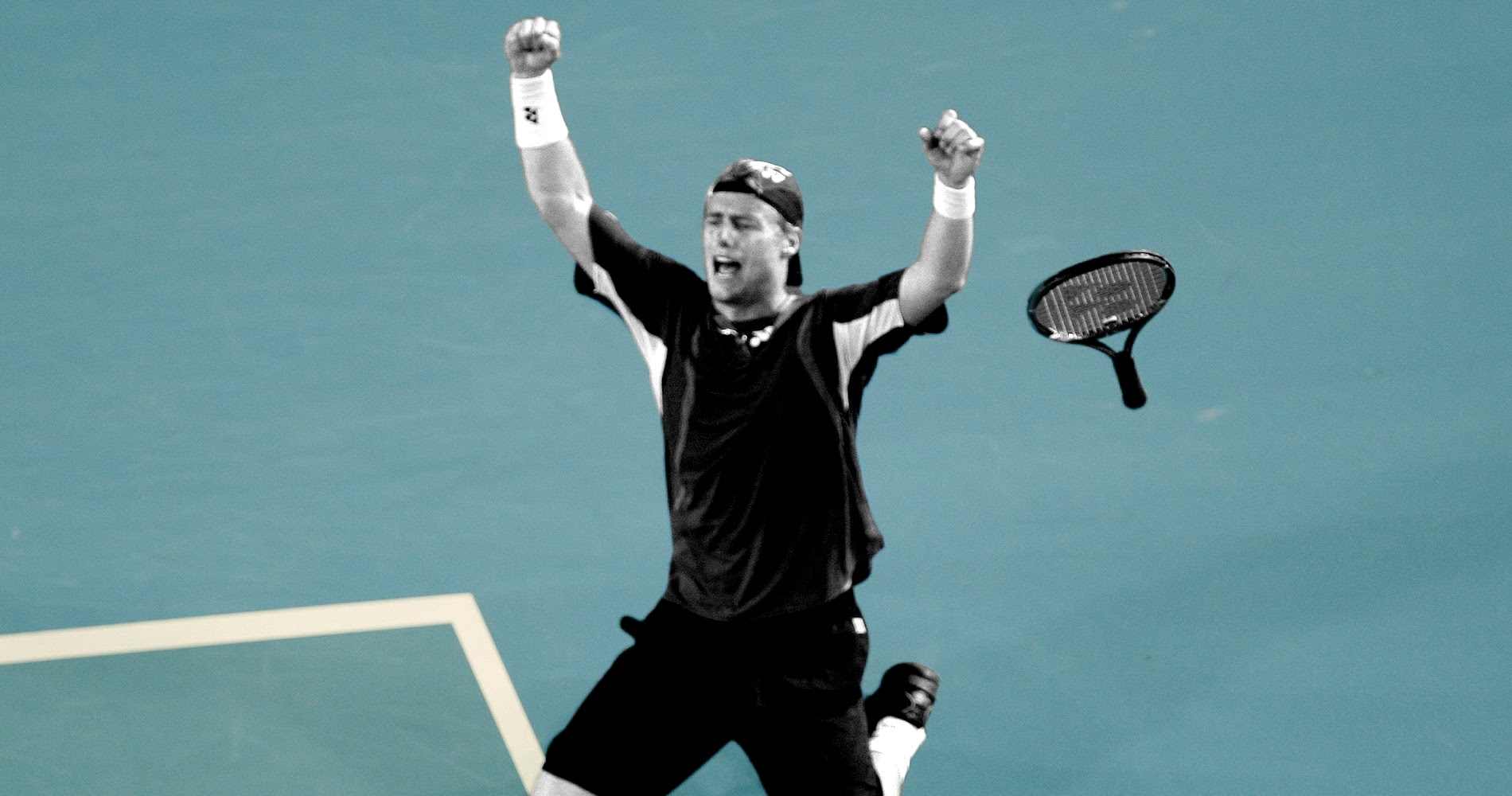 On this day, January 20, 2008, Lleyton Hewitt and Marcos Baghdatis played the latest match in Australian Open history. The Australian prevailed in five sets (3-6, 7-5, 7-5, 6-7, 6-3) in 4 hours and 45 minutes, sealing his victory at 4:33 am! The two former Australian Open runners-up beat a record from 2007, when Andreas Seppi had defeated Bobby Reynolds at 3:34. The board’s decision to start the match at almost midnight created a controversy at the time. 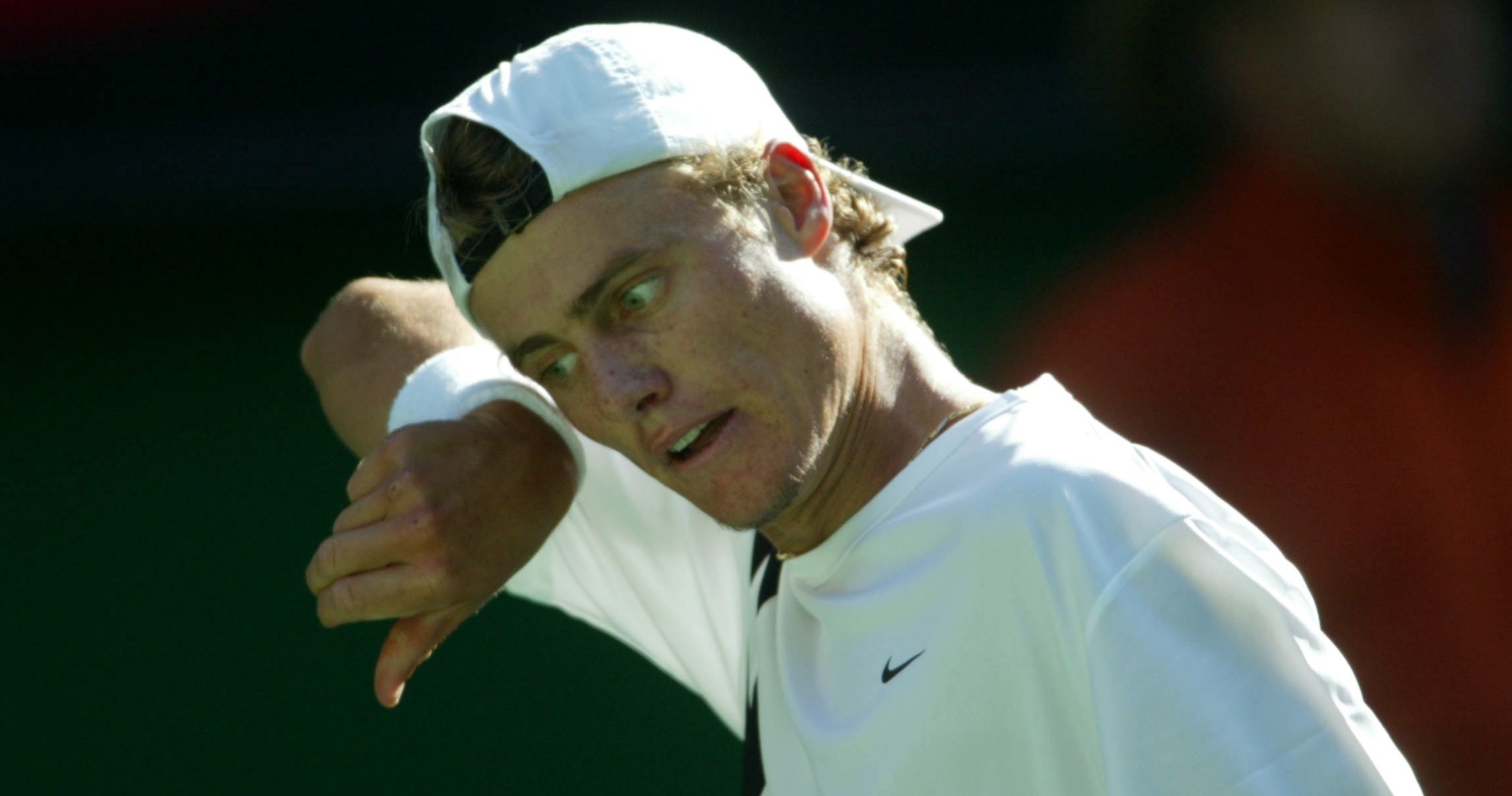 Lleyton Hewitt, the son of a professional Australian football player, was born in 1981. He was a great mover, very skilled at returning serves and, above all, he was an incredible fighter: his trademark “come on!” was famous in the world of tennis. In January 1997, aged only 15 years and 11 months and without an ATP ranking, he was invited to the Australian Open qualifications, where he won three matches to become the youngest qualifier of the tournament’s history (defeated in the first round of the main draw by Sergi Bruguera, 6-3, 6-4, 6-3). A year later, in 1998, the young Aussie amazed the world of tennis by clinching his first ATP title before his 17th birthday, in his hometown of Adelaïde. On his way, he defeated the great Andre Agassi (7-6, 7-6) and, in the final, he beat Jason Stoltenberg (3-6, 6-3, 7-6).

In 2000, he became the first teenager since Pete Sampras to claim four titles in one year; the most important of these four titles was the Queen’s Club Championships, where he beat the six-time Wimbledon champion Pete Sampras in the final (6-4, 6-4). It was also in 2000 that he obtained his first great Grand Slam result, reaching the semi-finals at the US Open, where Sampras took his revenge from the Queen’s (7-6, 6-4, 7-6). “Rusty”, as his coach Darren Cahill called him, was now a top 10 member, and in 2001, he triumphed at the US Open, defeating Sampras in the final (7-6, 6-1, 6-1). 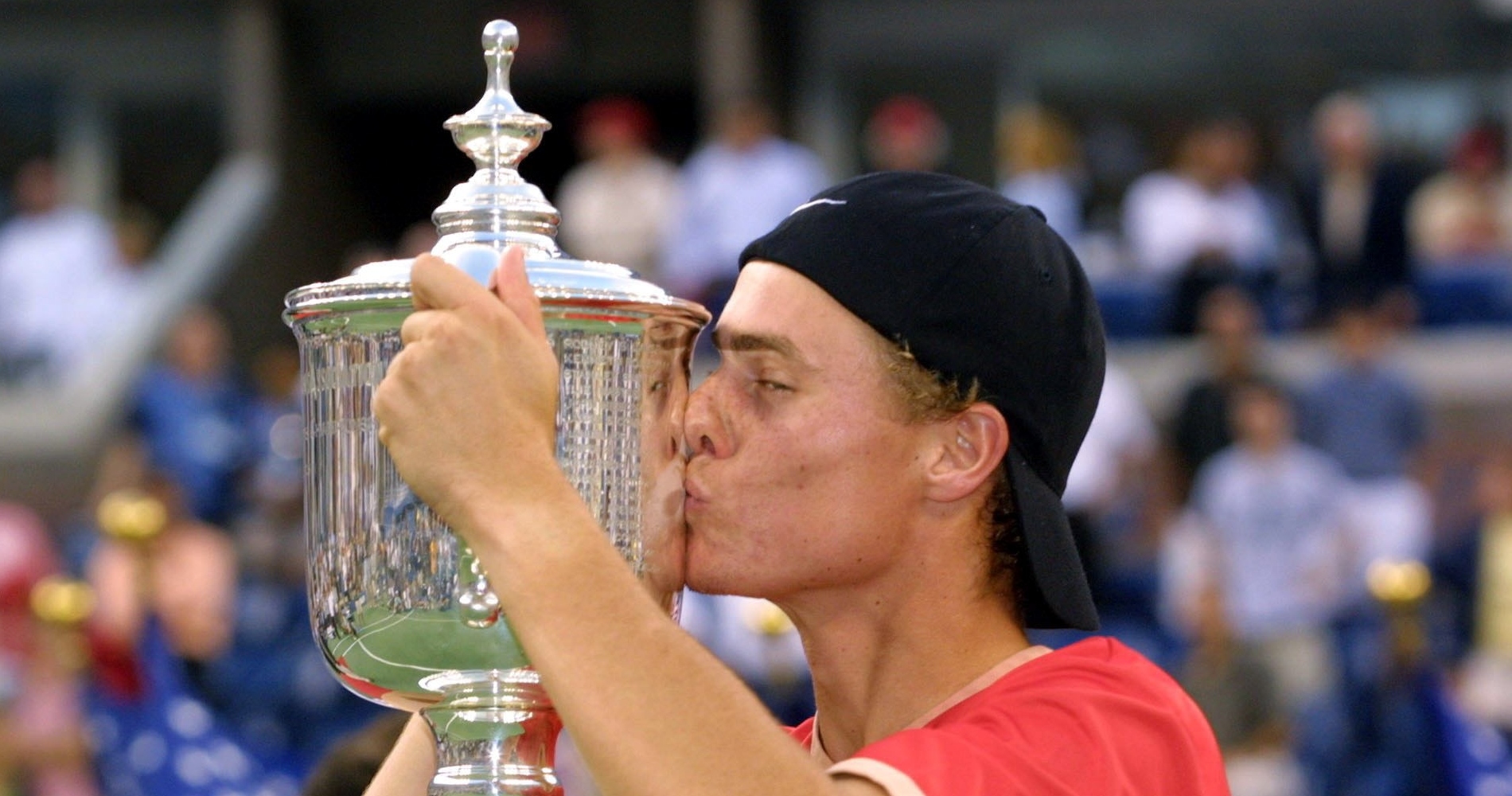 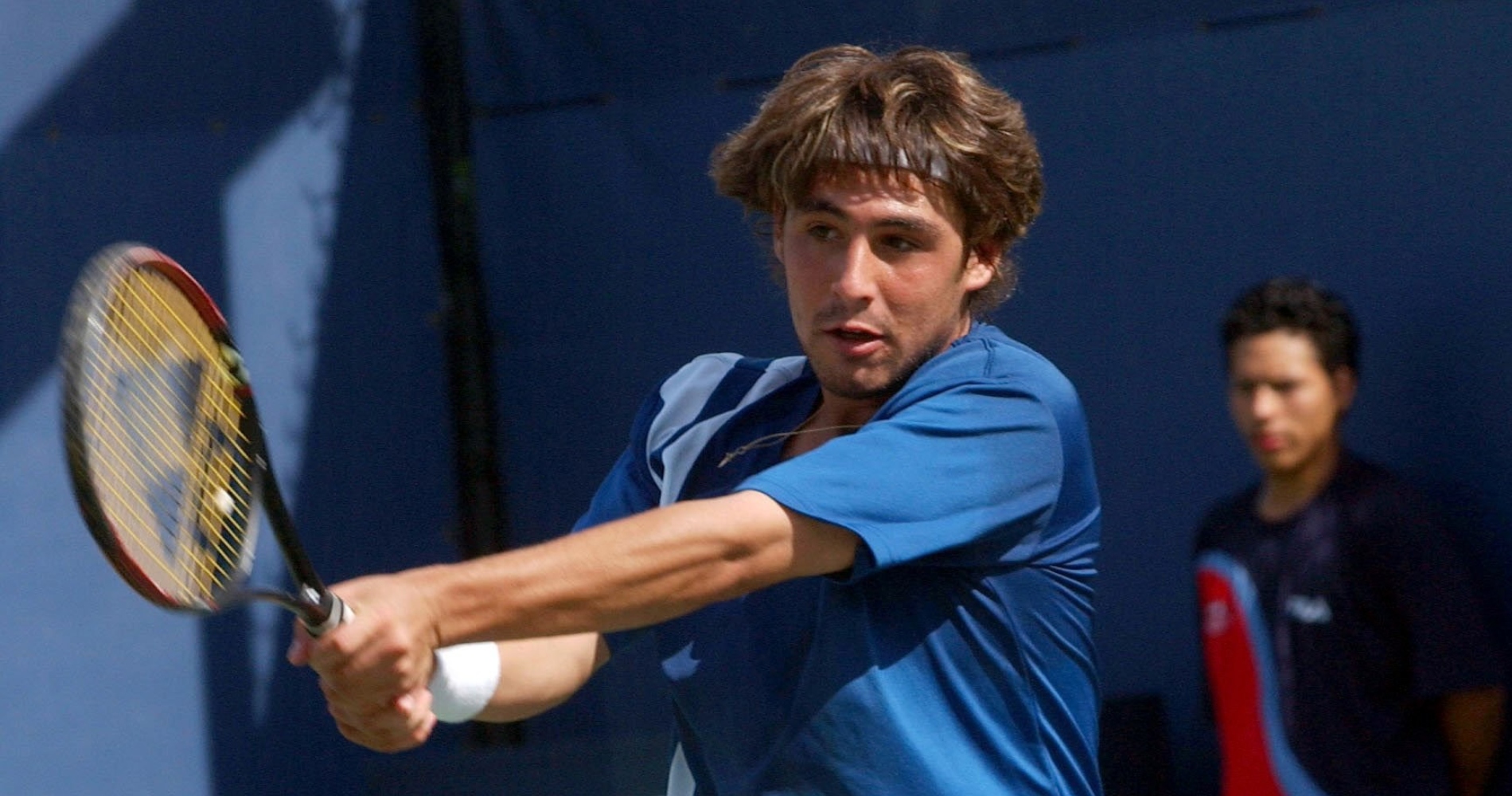 Unlike the other Grand Slam tournaments, The Australian Open (first known as the Australasian Championships and, later, the Australian Championships) had moved several locations throughout the years. In fact, the event switched cities every year before it settled in Melbourne in 1972, and no less than five Australian cities had hosted the event at least three times: Melbourne, Sydney, Adelaide, Brisbane and Perth. The event was held on grass at the Kooyong Stadium, in an affluent suburb of Melbourne. Its timing had changed several times as well, between early December and January, going from being the first Grand Slam of the year to being the last. Until 1982, many of the best players skipped the Australian Open, mainly because of the remoteness, and the low prize money, but then, with the triumph of Mats Wilander, the dynamic changed. The tournament’s board made big efforts to become as prestigious as the other Grand Slams, which ended up with the event moving to a new location in 1988, in Flinders Park (later known as Melbourne Park), switching from grass to hard courts, and displaying the first-ever center court equipped with a retractable roof. Prizes increased as well, and it wasn’t long before the tournament became many player’s favourite Grand Slam. The last Australian to have claimed the Australian Open title was Mark Edmondson, in 1975, and in the 2000s, all local hopes relied on Lleyton Hewitt.

On January 20, 2008, the third-round clash between local favourite Lleyton Hewitt and Marcos Baghdatis, both former runners-up at the Australian Open, was planned as the climax of the night session. Yet it wasn’t far from being postponed: during the day, Roger Federer was pushed into a five-set combat by Janko Tipsarevic (6-7, 7-6, 5-7, 6-1, 10-8), and the night session spectators were not allowed into the stadium before 10pm. By the time Venus Williams sealed her win against Sania Mirza (7-6, 6-4), it was almost midnight. Officially, the Australian Open had a policy of not starting any matches after 11, but, according to the tournament’s director, Craig Tiley, the rule was at the referee’s discretion.

“We have taken into consideration the concerns of the players, security, ticket-holders and broadcasters before making our final decision,” said Tiley.

“We didn’t really have a choice,” Hewitt would later explain. “We had an opinion, but we didn’t get a choice.”

Despite the late hour, the stands were packed with 15,000 spectators.

Even with such a late start, it took a few twists in the scenario for this match to last more than four hours and become the latest match in the tournament’s history (the previous record of the latest ending being 3:34). 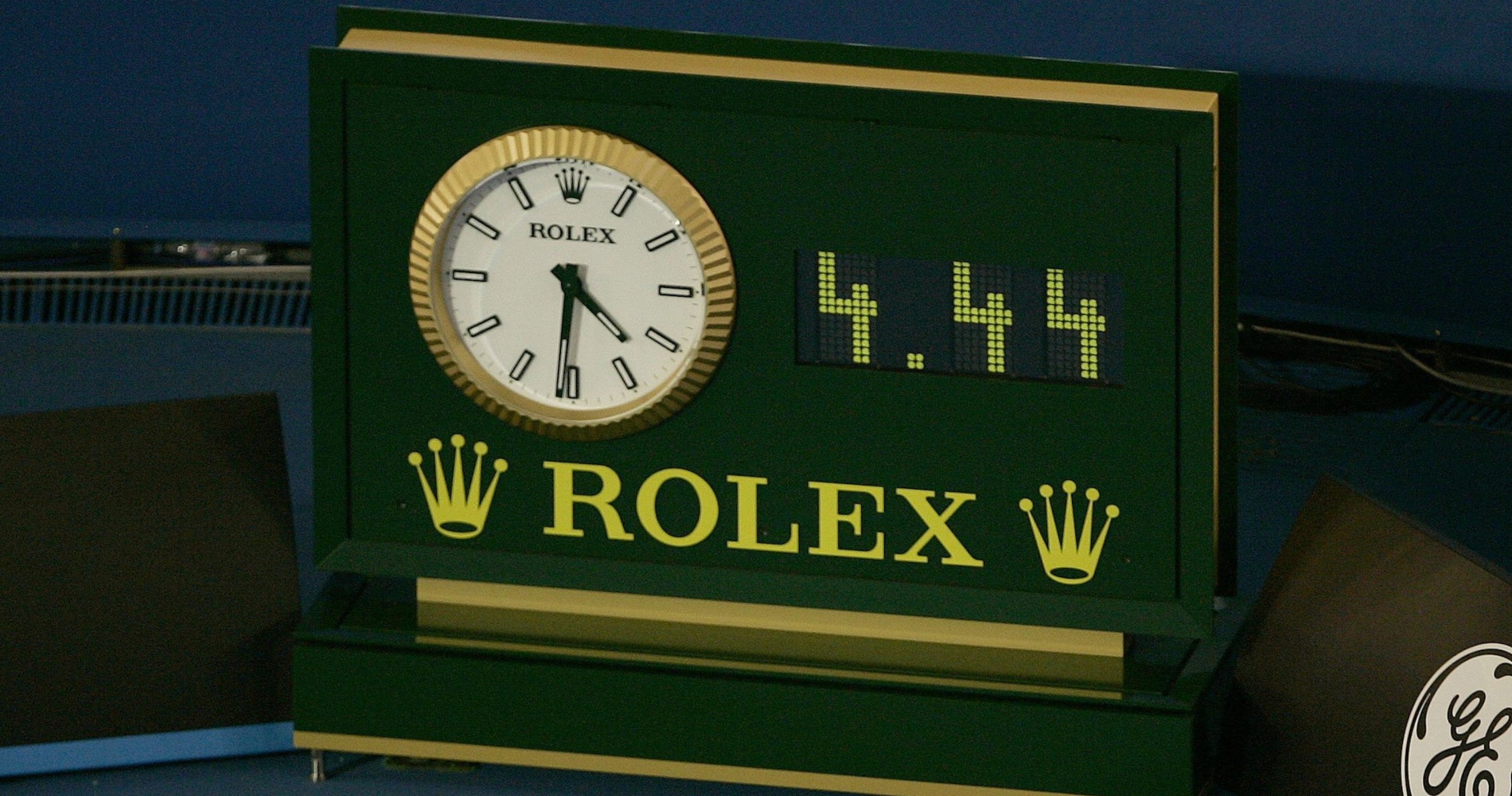 First of all, at one set all, Baghdatis twisted his ankle, and, as he was receiving treatment, it looked like his chances were compromised. However, not only did the Cypriot resume the game, but he even took a 5-3 lead in the third set, before seeing the Australian fight back to claim the set (7-5). After that loss, Baghdatis collapsed and was soon down 5-1 in the fourth. Once again, the end seemed near for the 2006 runner-up, but he suddenly retrieved his concentration and, after saving a match point at 5-2, he clawed his way back to push Hewitt into a fifth set.

“It was hard because up to 5-1 he couldn’t really hit a ball in the court in the fourth set,” Hewitt said, according to The New York Times. “But to his credit he starts playing loose and starts going for his shots, going for big first serves on big points. I probably didn’t have my two best service games and he took advantage.”

Finally, when the former world No 1 sealed the deciding set (6-4), it was 4:33. The players had completed the latest (or the earliest?) match in tennis history.

“I should have closed it out in the fourth set when I was playing well,” Hewitt said. “But it’s one of my best wins, mentally, to come back and beat him in the fifth set, so I am pretty proud. (…) “It wasn’t easy for both of us. Obviously, an incredible day of tennis. For Roger Federer to go five sets, how often does that happen? It’s tough for everyone. Marcos and I are in the same boat.”

Marcos Baghdatis would not be able to maintain the same level of motivation he had in his early years. He would never reach the quarter-finals of a major tournament afterwards, and he would never climb back into the top 15. He would claim the last of his four titles in Sydney, in 2010 (defeating Richard Gasquet in the final, 6-4, 7-6). The Cypriot would retire in 2019.