Every day, Tennis Majors looks back at the biggest moments in tennis history. On January 25, 2003, Serena Williams beat Venus Williams in a fourth consecutive Grand Slam final to win the “Serena Slam”. 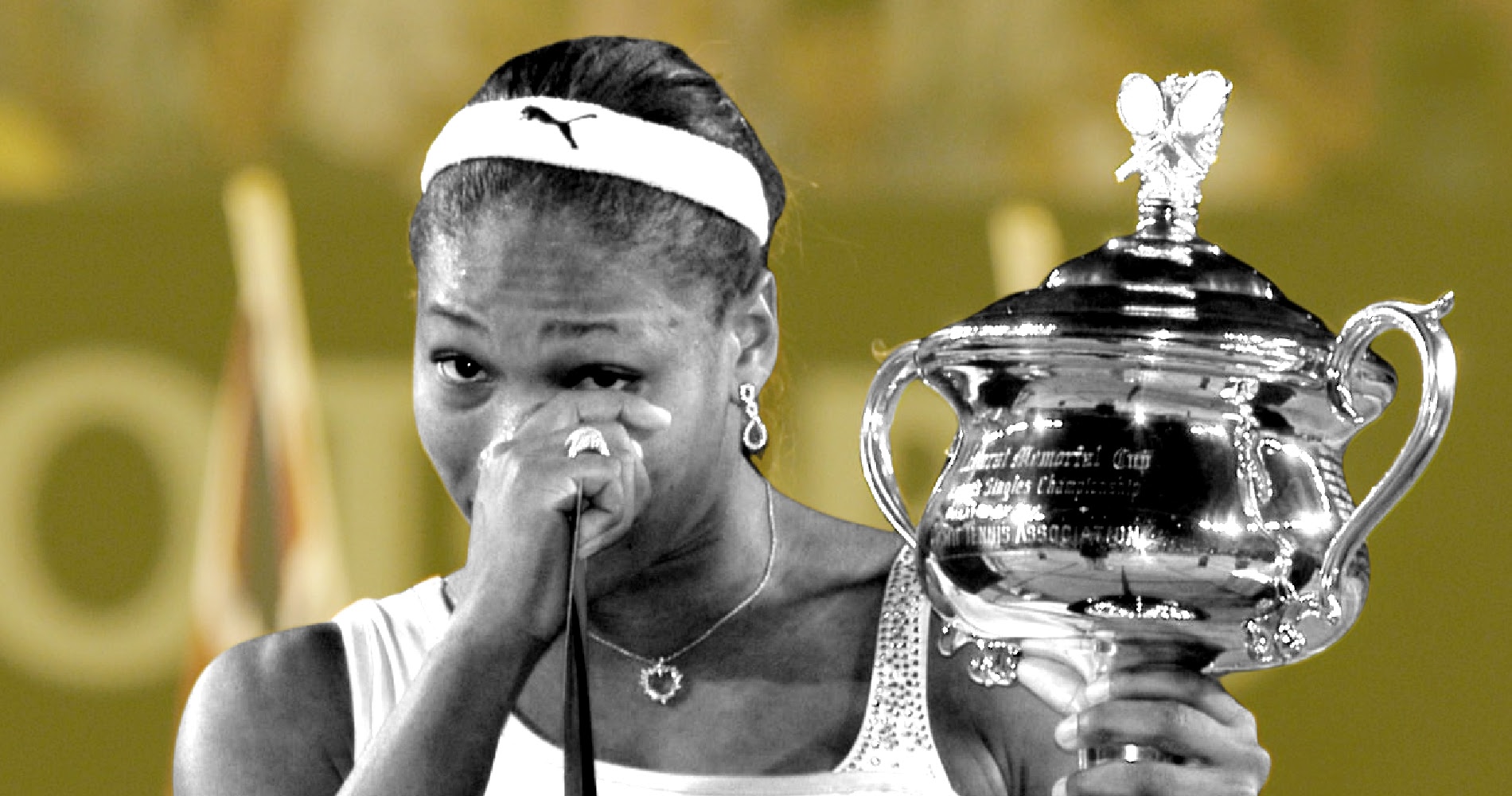 On this day, January 25, 2003, at the Australian Open, Serena Williams defeated her sister Venus Williams (7-6, 3-6, 6-4) in a Grand Slam final for the fourth consecutive time, achieving a feat known as the “Serena Slam”. She was the first player to hold the four major titles simultaneously since Steffi Graf in 1994. The prophecy made years before by Richard Williams that his daughters would be the two best players in the world had become true, to the point where they had even triumphed in doubles at both Wimbledon and the Australian Open on top of their achievements in singles. 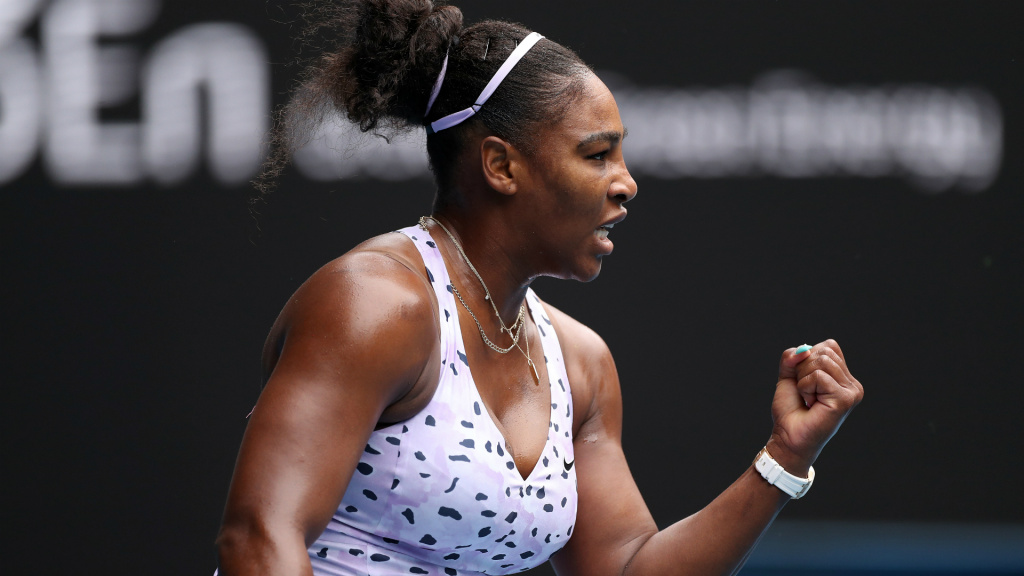 Serena Williams, born in 1981, is the youngest of the Williams family. A few years ago, her older sister Venus, at the start of her career in 1997, had declared that her main rival for world No 1 would be her younger sister Serena. At the time, the tennis experts did not know whether she was joking or just being provocative. They soon discovered how serious Venus was, as Serena Williams made her first world class performance the same year, in November, in Scottsdale. At the age of 16, ranked No 304, she came out of the qualifying event and went on to reach the semi-finals, beating Mary Pierce (No 7), 6-3, 7-6 and Monica Seles (No 4), 4-6, 6-1, 6-1. In 1998, she beat several top 10 players, including world No 3 Lindsay Davenport in the quarter finals of the Sydney Open (1-6, 7-5, 7-5), and reached the quarter-finals several times to end the season as world No 20. Her breakthrough year had been 1999. That year, in February, she claimed her first title in Paris Coubertin, at the age of 17, defeating local player Amélie Mauresmo (6-2, 3-6, 7-6). In Miami, she defeated world No 1 Martina Hingis in the semi-finals (6-4, 7-6), only to finish as runner-up to Venus in the first ever all-sister final in tennis history. In September, to general surprise, she claimed her first Grand Slam title before her older sister, beating Hingis in the final of the US Open (6-3 7-6). She also won the doubles event, partnering Venus, and by the end of the year, she was world No 4.

During the next two seasons, she didn’t manage to win another Grand Slam title, but she claimed six more tournaments on the tour and reached the 2001 US Open final, falling to her sister in the first Major final contested by two sisters during the Open Era. In 2002, after injury prevented her from participating at the Australian Open, she became world No 1 in July, after she beat her sister in the final of both Roland-Garros (7-5, 6-3) and Wimbledon (7-6, 6-3). At the US Open, she confirmed her hold on the Tour and on her sister, defeating her in a third consecutive final (6-4, 6-3). She now had the opportunity to become the first player since Steffi Graf in 1994 to hold all four Grand Slam titles at the same time, which journalists already named the “Serena Slam”. 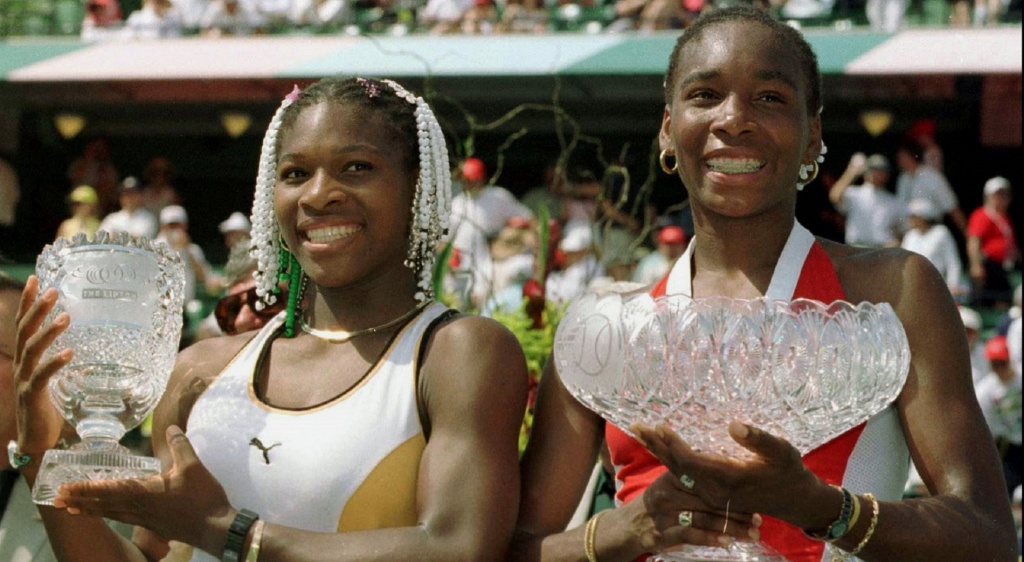 Venus Williams was born in 1980. Coached by her father Richard, she had been heralded as a tennis prodigy since her first steps on the tour, in 1994. However, it was not until 1997 that she broke into the top 100, obtaining her first significant result in Palm Springs, reaching the quarter-finals after defeating world No 9 Iva Majoli (7-5, 3-6, 7-5). She drew a lot of attention to herself thanks to her powerful groundstrokes, mixed with her charisma and the heavy promotion made by her father. Her younger sister, Serena, was also beginning a career in professional tennis, and their father had boldly predicted that one day, they would face each other in a Grand Slam final. After a first major final at the 1997 US Open, where she lost to Martina Hingis (6-0, 6-4), Venus fulfilled her potential in 2000, triumphing at both Wimbledon and the US Open, each time defeating Davenport in the final. In 2001, she defended both titles, defeating Justine Henin in the final at the All England Club (6-1, 3-6, 6-0) and her sister Serena at Flushing Meadows (6-2, 6-4). She became world No 1 in February 2002, but it wasn’t long before she was overtaken by Serena, who beat her in three consecutive Grand Slam finals and took the No 1 seat. 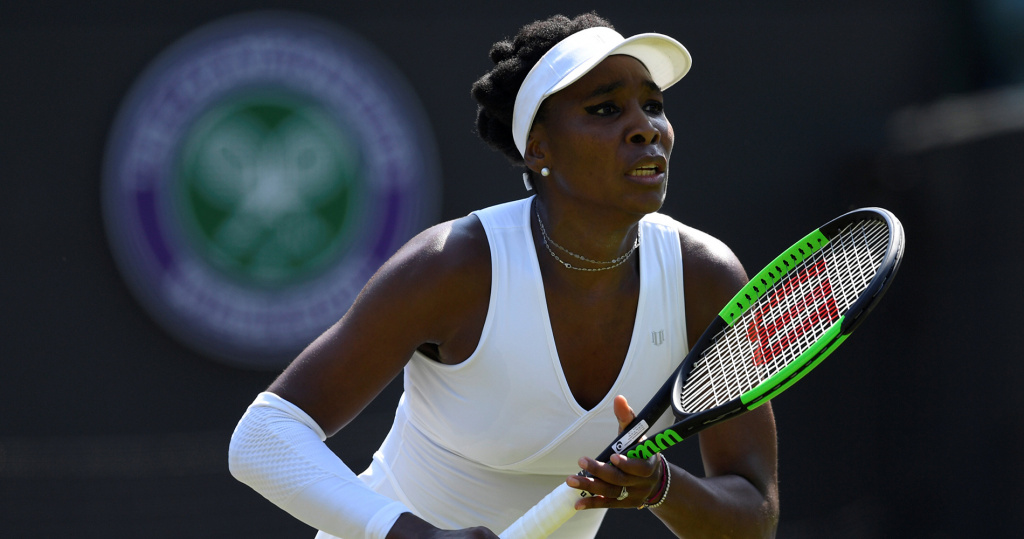 Unlike the other Grand Slam tournaments, The Australian Open (first known as the Australasian Championships and, later, the Australian Championships) had moved locations several times throughout the years. In fact, the event switched cities every year before it settled in Melbourne in 1972, and no fewer than five Australian cities had hosted the event at least three times: Melbourne, Sydney, Adelaide, Brisbane and Perth. The event was held on grass at the Kooyong Stadium, in a wealthy eastern suburb of Melbourne. Its timing had changed several times as well, between early December and January, going from being the first Grand Slam of the year to being the last. Until 1982, many of the best players skipped the Australian Open, mainly because of the remoteness, and the low prize money, but then, with the triumph of Mats Wilander, the dynamic changed. The tournament’s board made big efforts to become as prestigious as the other Grand Slams, which ended up with the event moving to a new location in 1988, at Flinders Park (later known as Melbourne Park), switching from grass to hard courts, and displaying the first-ever center court equipped with a retractable roof. Prizes increased as well, and it wasn’t long before the tournament became many player’s favourite Grand Slam.

Since the beginning of the 2003 Australian Open, there had been only one question about the women’s tournament: was Serena Williams going to compete the “Serena Slam”, claiming a fourth consecutive major title? In the last three majors, she had defeated her sister Venus in the final, setting up a new kind of family domination of the Tour.
With this unusual pressure on her shoulders, the world No 1 came very close to an early upset in the first round, against Frenchwoman Emilie Loit (world No 56), whom she finally edged out 3-6, 7-6, 7-5. This was probably not her dream start but she then cruised through her part of the draw until the semi-finals, where she met Kim Clijsters. Against the Belgian, Serena trailed 5-1 in the third set but she miraculously managed to win six games in a row to prevail (4-6, 6-3, 7-5).
In the final, she faced her sister, Venus, world No 2, who had not dropped a set on her way. It was the fourth consecutive time that the two sisters were playing against each other in a Grand Slam final, a feat that even their father Richard surely couldn’t have imagined.
In their three last encounters in a major final, Serena had each time prevailed quite easily, without ever being pushed into a third set. This time though, she had a harder time. Venus seemed determined to prevent her sister from achieving the Grand Slam, while Serena herself probably felt the pressure of being so close to a major achievement.
Serena took the first set (7-6), but in the second set, she became a bit impatient, while Venus found her pace and started to serve better. At 5-3, the older sister fired a 120mph service winner followed by an ace to seal the set.
At the end of a very tight third set, Serena finally broke her sister at 5-4 to claim her first Australian Open title. It was her fourth consecutive Grand Slam title, the “Serena Slam”, which would also sometimes be referred to as the “Sister Slam”.
“I never get choked up, but I’m really emotional right now,” Serena said at the trophy ceremony. On the verge of tears, she added: “I’m really, really, really happy. I’d like to thank my mom and my dad for helping me.” 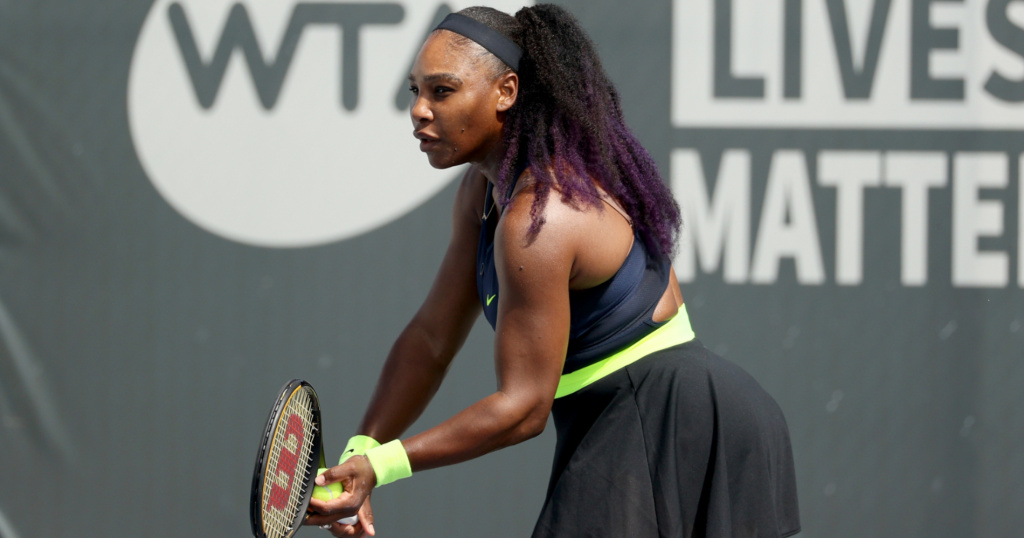 In the following years, Serena Williams would accumulate no fewer than 23 Grand Slam titles. In 2015, she would be two matches away from achieving the calendar-year Grand Slam, but she would be upset by Italian Roberta Vinci, the world No 43, in the US Open semi-finals (2-6, 6-4, 6-4).
Venus would claim seven Grand Slam titles in singles, and 14 in doubles, partnering her sister.
The Williams sisters would face each other in four other Grand Slam finals, three at Wimbledon (2003, 2008, 2009) and one at the Australian Open (2017). Venus would prevail only once, at the All England Club, in 2008 (7-5, 6-4).