Home » News » How to succeed in tennis’ new normal? Go with the flow

How to succeed in tennis’ new normal? Go with the flow

What will it take to thrive on the tennis court during the age of Covid-19? At Lexington this week players got their first taste of Tour tennis during a global pandemic. 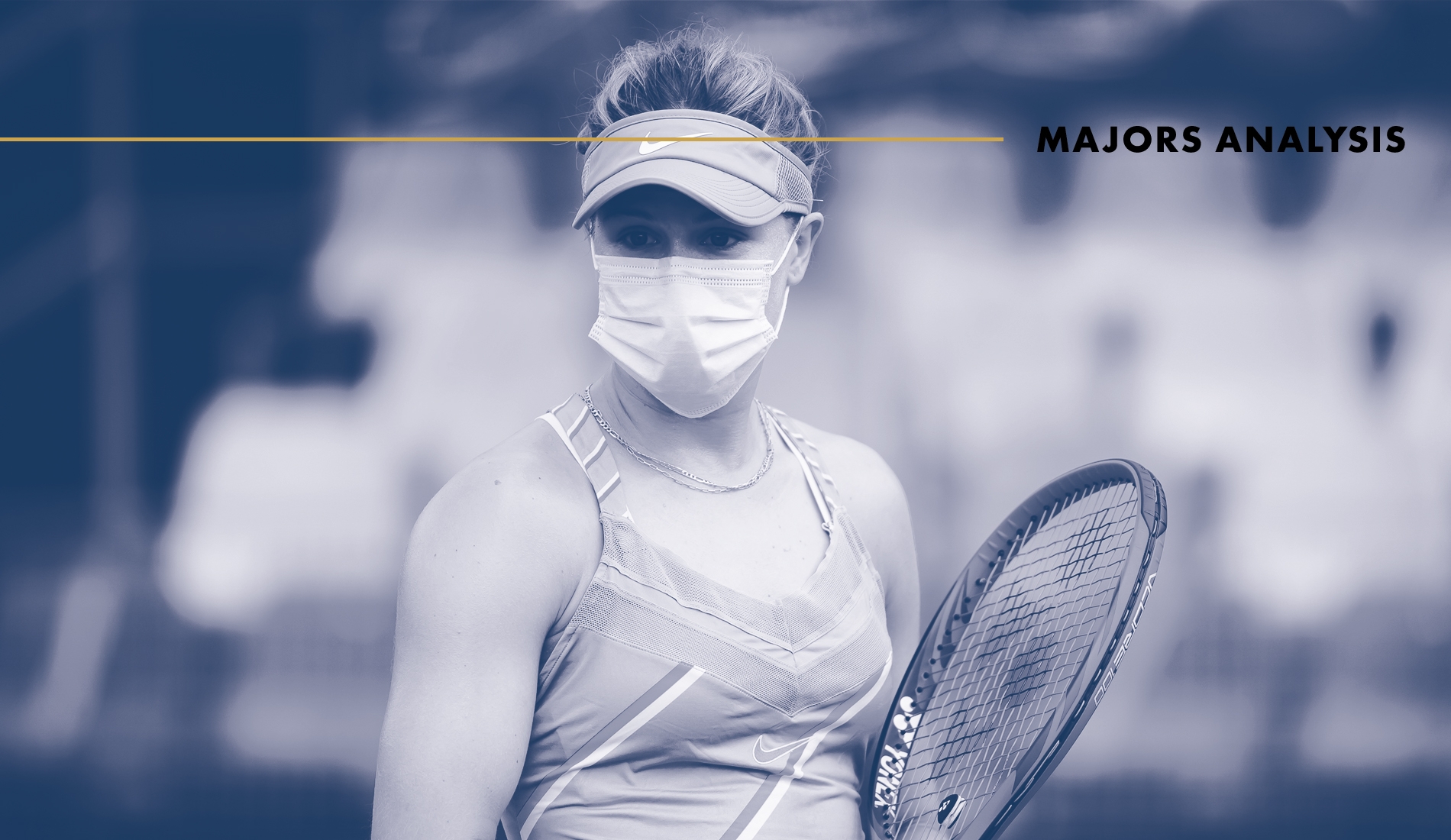 Tennis in the time of coronavirus is anything but normal. The phrase “new normal” gets bandied about endlessly, but in truth it has already worn out its welcome. So how to explain it? These days, players enter the court to the sound of silence, wearing masks. The grandstands? They’re empty, as are the seats that line the practice courts, and you can hear a pin drop.

In each city players visit on Tour this season they’ll be expected to check into a protective bubble and abide by its rules. We’ve heard the term “bubble” more than we’ve heard the term “break point” over the last two months. Covid testing and strict social distancing are an essential part of this reality, as are Zoom press conferences, held with reporters who are stranded in all corners of the globe, clicking through from their tennis caves to discover more of what’s on offer.

Serena Williams returns to the court — wearing a mask like the responsible legend she is. 👏😷 #TSOpen pic.twitter.com/9V2ftysnWR

In this strange time, the players try to trick themselves into believing that nothing is amiss.

Serena Williams takes a positive approach. She says playing professional tennis during this summer is like wearing a badge of courage, and she’s the soldier here to bring smiles to the people’s faces.

“I’ve played through so many different generations and so many different things, and I honestly feel cool to be able to play through this era, and I can say ‘Oh, I remember when it first happened,’” she told reporters during a virtual press conference at the Top Seed Open in Lexington earlier last week.

“And that’s how I’m trying to look at it. Because it is something that the whole world is going through, it’s not just us as tennis players or us as athletes, literally the whole world is going through this pandemic right now, and right now I think sports is one of the few things that can actually provide almost like a deep, good, breath of fresh air or like a sigh of relief to people that are really still stuck in the homes.” 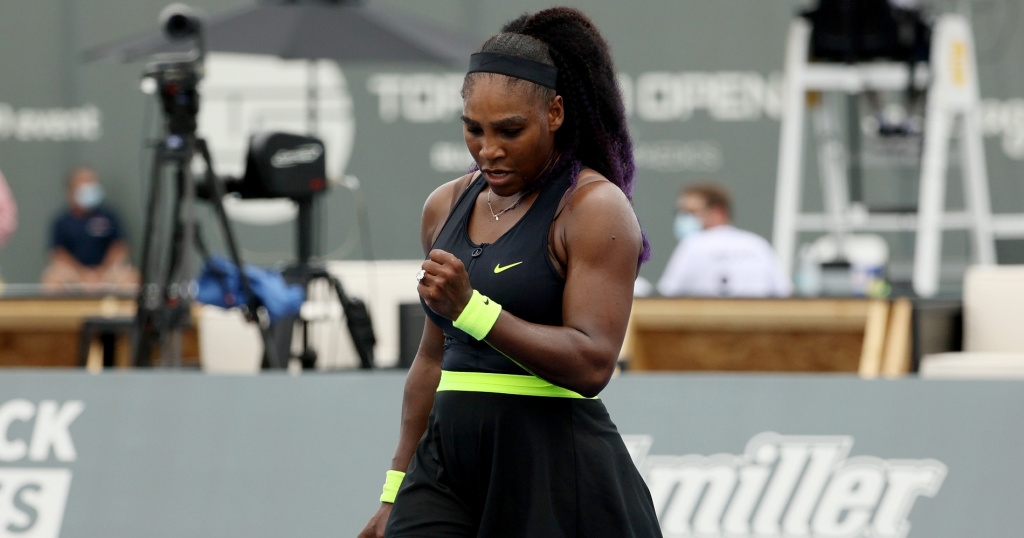 Which players will have an edge in this so-called new normal? Are there certain personalities that can block out the stresses and anxieties of playing tennis during the pandemic, and simply see ball, hit ball?

2017 US Open champion Sloane Stephens says players that can “go with the flow” may have an advantage.

“I definitely think the reset will favour the more lax players and players that are very kind of ‘go with the flow,’” she said, adding: “The OCD players like myself, who are like, on time, scheduled, this, that – those players I think will have a little more of a tougher time.”

Stephens might have been right. She had a tough time in Lexington, and bowed out in straight sets in her first match, falling to 17-year-old Canadian Leylah Fernandez, 6-3, 6-3.

We asked Johanna Konta, the British No 1, the same question. Is there a personality type that might have a better chance of winning in the “new normal?” Konta isn’t quite sure if there is any clear predictor of success.

“I think Sloane is probably right in that sense,” she said. “Although I guess from my perspective I think it’s really important to not judge anyone’s level of anxiety on this, whether it’s high or low. Either way I think it’s very difficult to pass judgement on people and how they are dealing with this situation because everyone is going to deal with it very differently,” she said, adding: “In terms of how that will show up on their effectiveness and their results on court, who knows?” 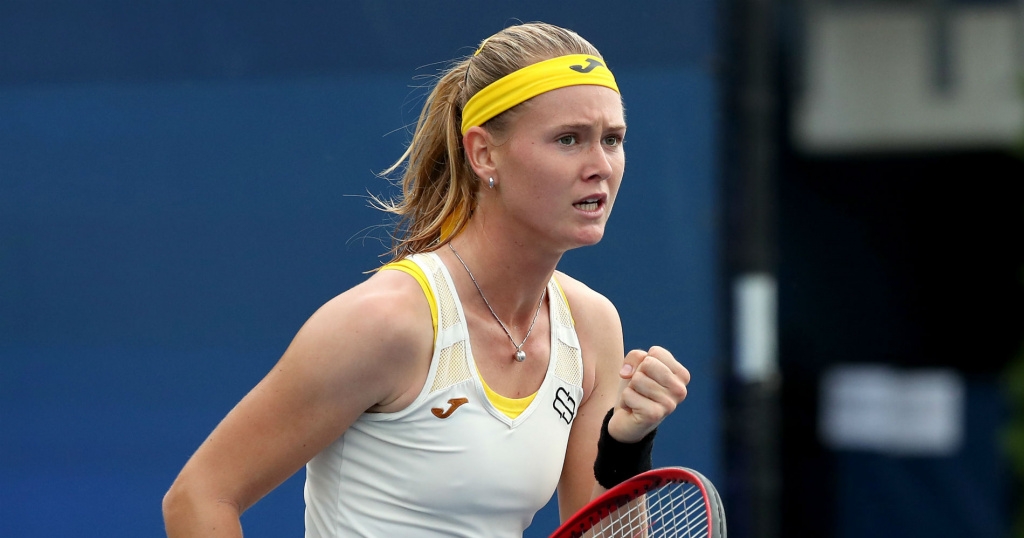 Crowds not a factor, but energy is

One thing everybody agrees is that it feels strange to play with no fans in attendance.

“Definitely at the beginning it felt like practice, because just my coach was clapping at some points,” said Marie Bouzkova of the Czech Republic after a second-round win over Anna Blinkova in Lexington. “But besides that it was dead quiet, so that felt a little bit weird. I think the first point of the match, I hit a return winner and it was dead silent, so I definitely felt the difference there.”

Bouzkova, like so many players who saw their livelihood taken away this spring, is just happy to be back on the court – normal or otherwise:

“I’m happy that I can play so it doesn’t matter.”

The 22-year-old Czech says she plans to back herself in those times where she might need a shot of adrenaline from the fans that aren’t likely to return in full force anytime soon.

“For this match and going forward, I think I am trying to prepare more mentally,” she said. “Just realising that the atmosphere is not going to help you, the crowd is not going to help you – if you’re tired in the third set – to finish the match strong. So it kind of has to come from you, from the inside of you. I try to do that, I try to cheer myself up all the time and have good energy throughout the match.”

Maybe if you’re the great Serena Williams, who always plays in front of packed stadiums, things seem a bit bizarre, but as Switzerland’s Jill Teichman says, to use another cliché: it is what it is.

“There are two sides, on one side I’m used to practising without any spectators,” she said. “I’m not Serena or anybody that plays every time with a full crowd. On the other side I really love to play with the public, with the spectators; they give me a lot of energy. That’s what I practice for – to play for a crowd that enjoys the game, so obviously I would love to have that situation again, but everyone just has to accept what the situation is and that’s it – just accept it.”

Whether it is classified as old normal or new normal, weird, annoying, scary or sad, the key ingredient to good tennis in the age of Covid-19 might be one simple word: patience.

21-year-old American CiCi Bellis, who has spent the better part of the last 18 months dealing with multiple arm injuries and undergoing four separate surgeries, knows a thing or two about that.

“We are all kind of in this together, so maybe patience would be a good word,” she said. “Just trying to stay positive during all this. It’s not an ideal situation, but you know tournaments like this being put on are so incredible and they are being run incredibly well and they are so safe.”

Bellis says rather than sweating the small stuff, we should be happy and thankful that tennis is doing everything it can to hold tournaments in a safe environment that protects the health of everybody.

“Obviously we are getting tested every few days and wearing masks everywhere, so I feel pretty comfortable personally,” she said. “It hasn’t been too tough for me. I’m just really happy tennis is back in general.”