May 30, 2004: The day Gustavo Kuerten upset world No 1 Roger Federer at Roland-Garros

Every day, Tennis Majors takes you back in time to relive a tennis event which happened on this specific day. On May 30, 2004, three-time champion Gustavo Kuerten enjoyed his last hurrah with a stunning win over world No 1 Roger Federer 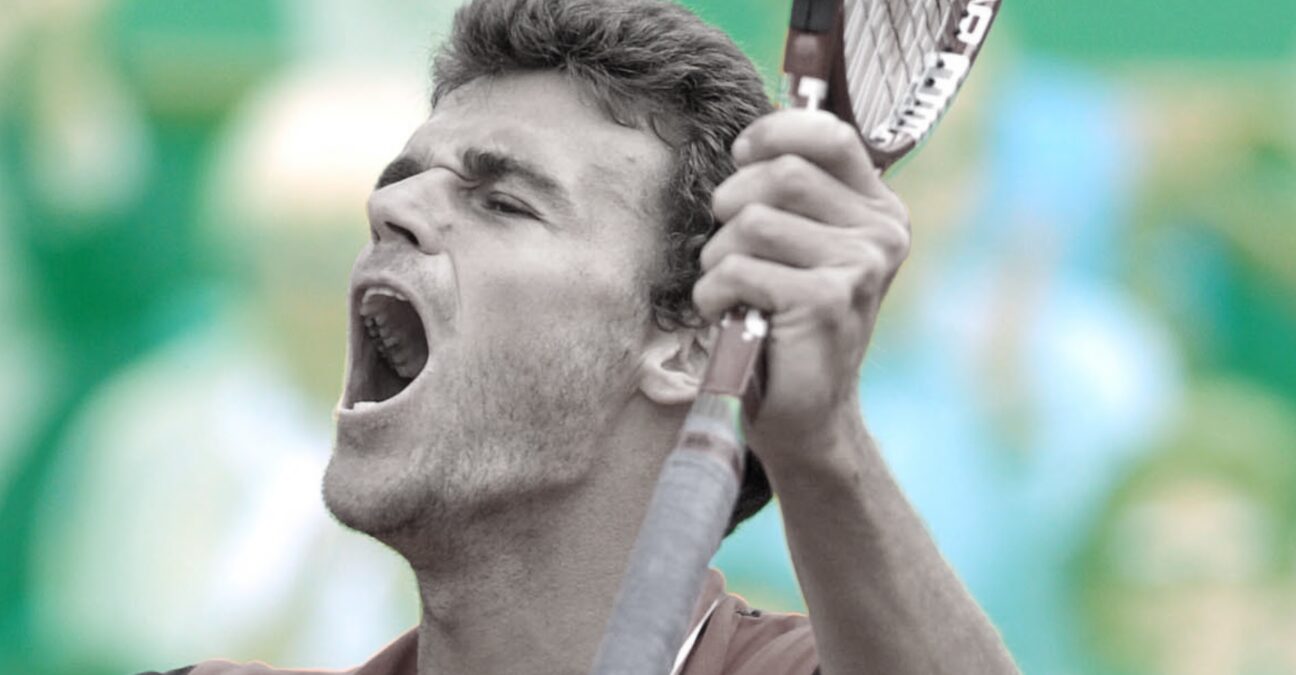 On this day, May 30, 2004, former Roland-Garros champion Gustavo Kuerten, now ranked No 30 in the world, upended world No 1 Roger Federer in the third round at Roland-Garros, 6-4, 6-4, 6-4. This was a big surprise as Kuerten had not performed at such a level for quite some time and Federer had been almost undefeated in 2004. It was the last remarkable performance ever achieved by “Guga”. As for Federer, this loss was significant as he had won the other three Majors in 2004.

Gustavo Kuerten, born in 1976, had made himself famous in 1997, when, ranked No 66 and unknown to the general public, he claimed the title in Roland-Garros, defeating the three most recent champions on his way (Thomas Muster, Yevgeny Kafelnikov, and in the final, Sergi Bruguera, 6-3, 6-4, 6-2). Not only was it his first career title, but it was also his first final on the tour. His game, relying on a great first serve and a brilliant one-handed topspin backhand, coupled with great drop shots, made him a natural clay-court player. He added two more Roland-Garros crowns to his list of achievements, defeating Magnus Norman in 2000 and Alex Corretja in 2001, becoming the first man since Mats Wilander in 1988 to win it more than twice. In 2000, his peak year, after an amazing triumph at the Masters Cup, where he defeated both Andre Agassi and Pete Sampras on fast indoor courts, Guga finished the year as world No 1, edging Marat Safin.

Suffering from a serious hip injury, the rest of his career was then a long struggle towards recovery. In 2004, he performed decently during the South American clay season in February, lifting the trophy in Costa do Sauipe (beating Agustin Calleri, 3-6, 6-2, 6-3), but in the more prestigious events in Europe, his results were disappointing; defeated in the first round in Monte-Carlo, he had to retire during his quarter-final match in Barcelona against Gaston Gaudio. His comeback was planned for Roland-Garros. 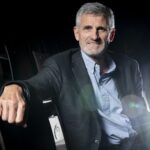 Roger Federer, born in 1981, had recently become the leader on the men’s tour. In his early years, Federer’s mind-blowing game amazed the world tennis and soon, he was announced as the future world No 1. Expectations grew even higher after, at the age of 19, he defeated the seven-time Wimbledon champion, Pete Sampras, in the fourth round of the 2001 Championships (7-6, 5-7, 6-4, 6-7, 7-5). However, the young Roger was very emotional and didn’t cope well with the pressure.

Entering the top 10 in June 2002, his record in major events didn’t match his talent yet. In his first 16 Grand Slam appearances, he never made it past the quarter-finals. His biggest disappointment was a first-round loss at Roland-Garros in 2003, where he was beaten in straight sets by Luis Horna, ranked no 88, after a poor performance. Perhaps it was this loss that awoke the future champion in him, as only one month later, he claimed his first ever major crown at Wimbledon, defeating Mark Philippoussis in the final (7-6, 6-2, 7-6). His confidence and hold on the tour grew relentlessly, despite an early loss at the US Open. In the 2003 Masters Cup final, he delivered a masterclass to crush Andre Agassi (6-3, 6-0, 6-4), and no one could challenge him at the 2004 Australian Open. Winner in Dubai, Indian Wells and Hamburg, he seemed untouchable. If anyone was to ever complete the Grand Slam, it was Roger Federer.

The story took place at Roland-Garros, Paris. The stadium, located in the west of Paris at the edge of the Bois de Boulogne forest, had been hosting the French Major since 1928. It was the first and now the only Grand Slam to be played on clay, the slowest surface, which made it the hardest tournament to win from a physical perspective.

Roland-Garros was the place where Kuerten had his breakthrough at the age of 20 and the French crowd loved his game as well as his personality. In 2001, he expressed his own love for Roland-Garros when, after a close win gained with the support of the public, he lay down in the middle of a heart he had just drawn on the court with his racquet.

Paris was the city where Roger Federer had made his first ever Grand Slam appearance, in 1999, defeated in the first round by Patrick Rafter (5-7, 6-3, 6-0, 6-2), but making a strong impression on the observers.

On this Saturday, May 30, 2004, the highly anticipated Roland-Garros showdown saw the new world No 1, Federer, face Gustavo Kuerten; the three-time Roland-Garros champion, a true legend in Paris, and one of the all-time crowd favourites. Both players were known for their fluid techniques and spectacular games. All the ingredients of a great tennis match were gathered, and there was only one question: was Kuerten still in good enough shape to challenge Federer? Since his last title in Paris in 2001, the Brazilian had been injured several times and had not been able to reach a single quarter-final at a Grand Slam tournament. The Swiss, on the other hand, was in his prime and seemed almost invincible after his triumph in Hamburg against Guillermo Coria (4-6, 6-4, 6-2, 6-3).

Federer had easily defeated his first two opponents, including the dangerous German Nicolas Kiefer, ranked No 34 (6-3, 6-4, 7-6), while Kuerten had to battle through five sets in the first round against world No 130, Nicolas Almagro (7-5, 7-6, 1-6, 3-6, 7-5). From the very beginning, with a delightful backhand lob, it was obvious that there was some magic left in Kuerten’s racquet. While Federer, who perhaps thought the Brazilian would not have enough fuel for a long battle, played a surprisingly defensive game, Kuerten dictated the game brilliantly. His backhand down-the-line was suddenly getting back to its form from his golden days, his touch unchanged. The Swiss seemed as if he had been caught off-guard. Suddenly, he was facing a Roland-Garros legend on his favourite court. Guga left him no chance to come back and sealed a straight-sets victory, 6-4, 6-4, 6-4.

What next? Kuerten’s injuries and Federer’s Paris nemesis

After this outstanding performance, Kuerten would beat Feliciano Lopez in the fourth round (6-3, 7-5, 6-4) before losing in the quarter-finals against David Nalbandian (6-2, 3-6, 6-4, 7-6). Unfortunately for him, not only would this be his last big result in a major tournament, but soon hereafter, injuries would ruin his career once and for all. He would only participate in five more tournaments in 2004 and his painful hip would require new surgery by the end of the year. In 2005, he would play only two Grand Slam tournaments, and would then disappear from the tour until a farewell appearance at Roland-Garros in 2008, losing his last match against Paul-Henri Mathieu (6-3, 6-4, 6-2).

Kuerten’s win against Federer that day would remain in tennis history, not only as the last great match won by the Brazilian legend, but also because of the consequences it would have on the Swiss’ career. In fact, some observers believed that Guga prevented him from achieving the Grand Slam, as this would be the only loss suffered by Federer in a Slam that year.

Later, Federer would say that with this match, Kuerten made him realize that Roland-Garros would be the hardest crown for him to conquer. He didn’t know, however, just how hard it would be. The next year, in 2005, a young left-hander from Spain would make Roland-Garros a whole new challenge for Federer. Any guesses who?