Every day, Tennis Majors looks back at the biggest moments in tennis history. On January 25, 2002, Jennifer Capriati came back from one set and four games down to beat Martina Hingis in the Australian Open final, one defeat that proved to be pivotal for the Swiss player. 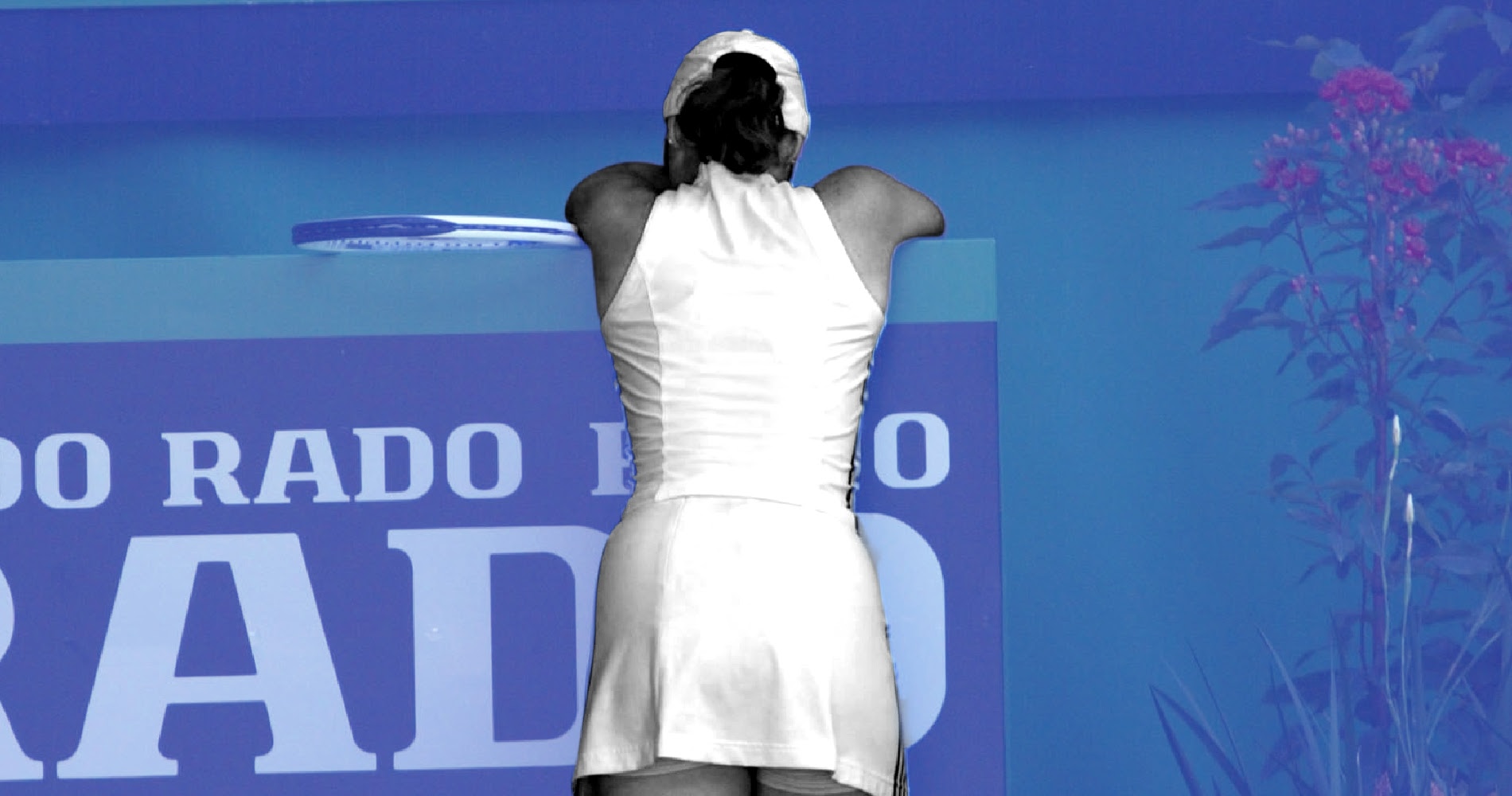 On this day, January 26, 2002, Jennifer Capriati came back from being one set and 4-0 down in the second set, saving four match points down to defeat Martina Hingis in the Australian Open final (4-6, 7-6, 6-2). In the Open Era, no player had ever saved that many match points before winning a major final. It was Capriati’s last Grand Slam title, and for Hingis, who had been already struggling to keep up with the new generation of powerful players, it was the loss that pushed her into an early retirement less than a year later.

The people involved: The world No 1 and the former star on the verge of decline

Jennifer Capriati was born in March 1976, in Long Island, New York. In 1986, her family moved to Florida, where, following the instructions of Chris Evert’ father, Jimmy, she became a real tennis prodigy. Her very powerful groundstrokes were quite revolutionary in women’s tennis. At 13, she won the junior events at Roland-Garros, and she turned pro the next year, in 1990, before turning 14. In March, she reached the final of her first WTA tournament, in Boca Raton, only defeated by world No 2, Gabriela Sabatini (6-4, 7-5). Already holding the 24th WTA rank, Capriati then became the youngest player to ever reach the final four at Roland-Garros, where she eliminated world No 8, Mary Joe Fernandez, before losing to Monica Seles (6-2, 6-2). Defeated in the US Open fourth round by world No 1 Steffi Graf (6-1, 6-1), she was already the 11th player in the world. In 1991 and 1992, Jennifer Capriati kept rising, reaching the semi-finals at Wimbledon and the US Open, and clinching the gold medal at the Olympic Games in Barcelona (defeating Steffi Graf, 3-6, 6-3, 6-4).

Unfortunately, she then struggled to handle the pressure put on shoulders by the media, and in 1994, she even quit tennis temporarily and went through personal issues (she was arrested for shoplifting and drug possession). Back on the tour in 1996, she didn’t achieve any remarkable results until the 2000 Australian Open, where she reached the semi-finals. This was the start of a new career: since then, Capriati had not left the top 10, claiming two Grand Slam titles in 2001 (the Australian Open and Roland-Garros). In October that year, Capriati became world No 1, a rank she lost to Lindsay Davenport three weeks later, but which she reclaimed just before the start of the Australian Open.

Martina Hingis was born in September 1980, and her mother Melanie Molitor named her after tennis champion Martina Navratilova. Taught by her mum, she soon became a real prodigy, winning the junior event at Roland-Garros at the age of 12. She started competing on the tour at 14, but she was allowed to attend only 15 tournaments before the age of 16, a rule she protested against. Her game relied on an extraordinary hand-eye coordination, great tactics, amazing touch, and great anticipation. In her early career, she was still said to lack power and a decent second serve. Her breakthrough year was 1996. After defeating the undisputed world No 1 Steffi Graf at the Italian Open in May, she reached the semi-final at the US Open, where Graf beat her 7-5, 6-3, and she finished runner-up at the US Open (defeated by Graf, this time in five sets, 6-3, 4-6, 6-0, 4-6, 6-0). Three months after her 16th birthday, she was already the 6th player in the world, and in January 1997, she became the youngest Grand Slam champion in tennis history, defeating Mary Pierce in the final (6-2, 6-2). 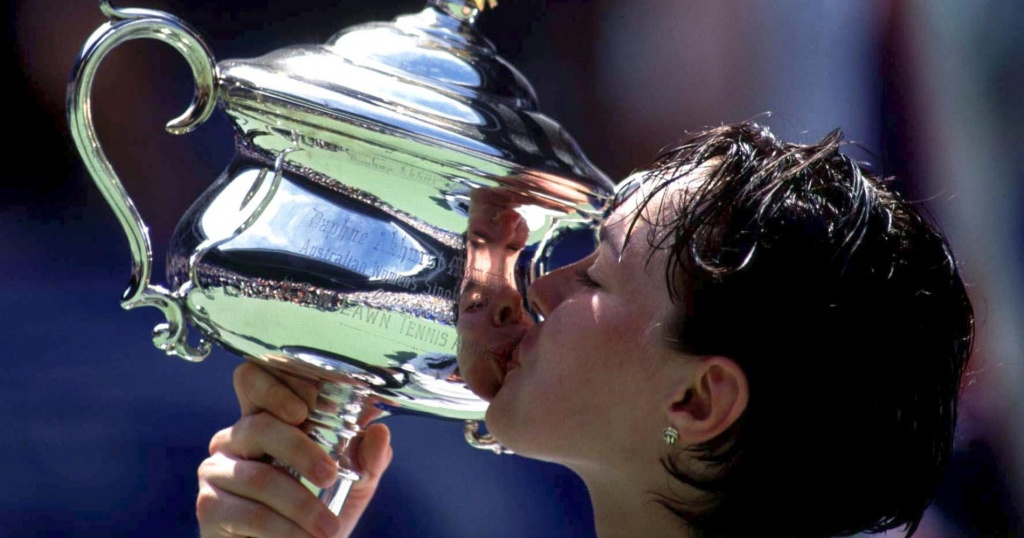 In the following months, she claimed no less than 8 titles, including Wimbledon (beating Jana Novotna in the final, 2-6, 6-3, 6-3) and the US Open (defeating Venus Williams, 6-0, 6-4), and she reached the Roland-Garros final (lost to Iva Majoli, 6-4, 6-2). These outstanding results made her the youngest player to have ever reached world No 1, in March, aged 16 years and three months. In 1998, in Melbourne, she added a fourth Grand Slam crown to her list of achievements, but in the following months, she failed to reach a major final until the US Open, where she finished runner-up to Lindsay Davenport (6-3, 7-5), and she temporarily lost the No 1 spot. In 1999, she won the Australian Open for the third time, but she suffered a dramatic loss against Steffi Graf in the Roland-Garros final (4-6, 7-5, 6-2), which left her so shattered that she lost in the first round at Wimbledon. From that moment, the Swiss Miss, although she occupied the No 1 spot for 209 weeks, until October 2001, lost her hold on the tour, struggling to win the big matches against a new generation of powerful players. At the start of the 2002 Australian Open, she was world No 4.

Unlike the other Grand Slam tournaments, the Australian Open (first known as the Australasian Championships and, later, the Australian Championships) had moved several locations throughout the years. In fact, the event switched cities every year before it settled in Melbourne in 1972, and no less than five Australian cities had hosted the event at least three times: Melbourne, Sydney, Adelaide, Brisbane and Perth. The event was held on grass at the Kooyong Stadium, in a posh easter suburb of Melbourne. Its timing had changed several times as well, between early December and January, going from being the first Grand Slam of the year to being the last. Until 1982, many of the best players skipped the Australian Open, mainly because of the remoteness, and the low prize money, but then, with the triumph of Mats Wilander, the dynamic changed. The tournament’s board made big efforts to become as prestigious as the other Grand Slams, which ended up with the event moving to a new location in 1988, in Flinders Park (later known as Melbourne Park), switching from grass to hard courts, and displaying the first-ever center court equipped with a retractable roof. Prizes increased as well, and it wasn’t long before the tournament became many player’s favourite Grand Slam. 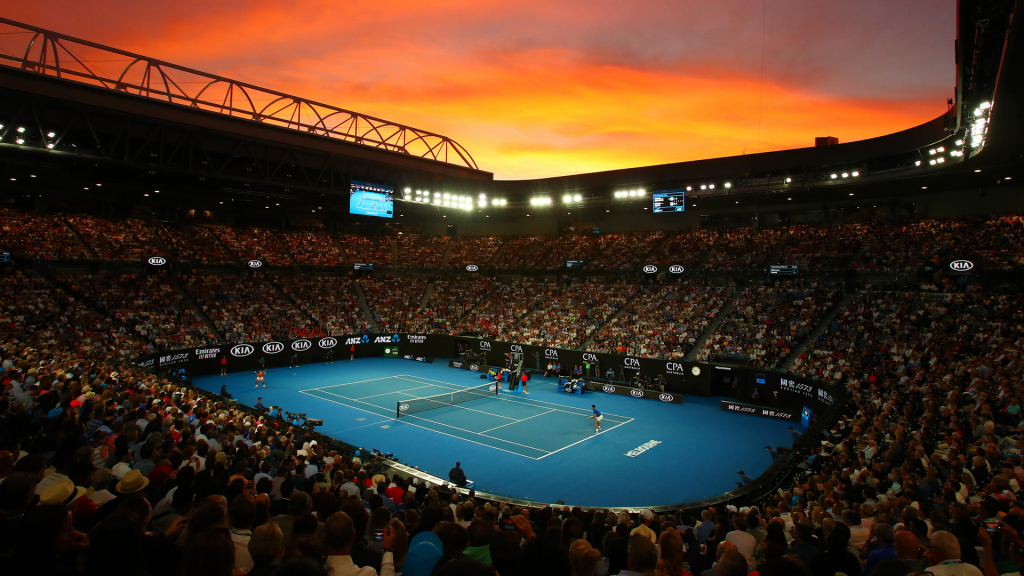 The Facts: A one-way match that went the other way

However, at the start of a final held in a scorching heat, the three-time champion took control of the game, almost toying with her opponent. Absorbing Capriati’s power to move her around and to push her to make mistakes, she won the first set (6-4), and in the second set, she took a 4-0 lead that seemed decisive. The American couldn’t conceal her frustration, yelling to the public to “shut the hell up” in the early second set, after an argument with the umpire.

“I think it was just the heat and me losing, getting really frustrated working so hard,” Capriati said, according to The New York Times.“I couldn’t believe I was going to lose points that way, too.”

Yet, Capriati came back to 4-3, and Hingis took a bathroom break. Both players were trying to fight the heat as well as possible, with the help of ice bags and wet towels. Hingis, who was dominating the rallies so easily, was unable to convert a first match point at 5-3, followed by three others

“She just went for it,” Hingis said later “Sometimes you can’t be passive at those points, but I was. Next time, I should probably take charge of it and just try to do something myself. But just mentally and physically, I wasn’t up to it.”

Hingis finally lost the second set, 9-7 in the tie break, and she was awarded a warning for smashing her racquet. The Swiss never recovered mentally from the dramatic loss of the second set.

“I just wanted to have it behind me, no matter what,” she said, according to the BBC. “I didn’t care at that point. You should always care but it was just impossible.”

The third set was a formality for Capriati, who sealed her win 6-3 to defend her Australian Open crown and add a third major crown to her list of achievements.

“I really don’t know how I managed to win today,” said the world No 1. “I kept fighting. On those match points when I was down I just went for it.”

What next: Not the start, more the end

None of the two women would ever compete in a Grand Slam final again.

Capriati would remain world No 1 for 17 weeks in total, but Serena Williams would soon start a heavy domination of the Tour, defeating her sister Venus in the final of the four next Grand Slam tournaments. Reaching the semi-finals in four additional major tournaments, Capriati would remain a top 10 player until 2004, when she would retire from professional tennis due to shoulder injury.

Martina Hingis would never recover from that loss. She had already suffered a dramatic loss in the 1999 French Open final, and, bothered by a foot injury, she would announce her retirement in February 2003. She would be back on the Tour in 2006, but she would never go past the quarter-finals of a Grand Slam tournament until she was tested positive for cocaine at Wimbledon and suspended at the end of the year. She would then come back a last time in the 2010s, in doubles, claiming four additional Grand Slam titles.