On this day in tennis history, a player from Peru represented the USA in Davis Cup action – and beat the two best players in the world. 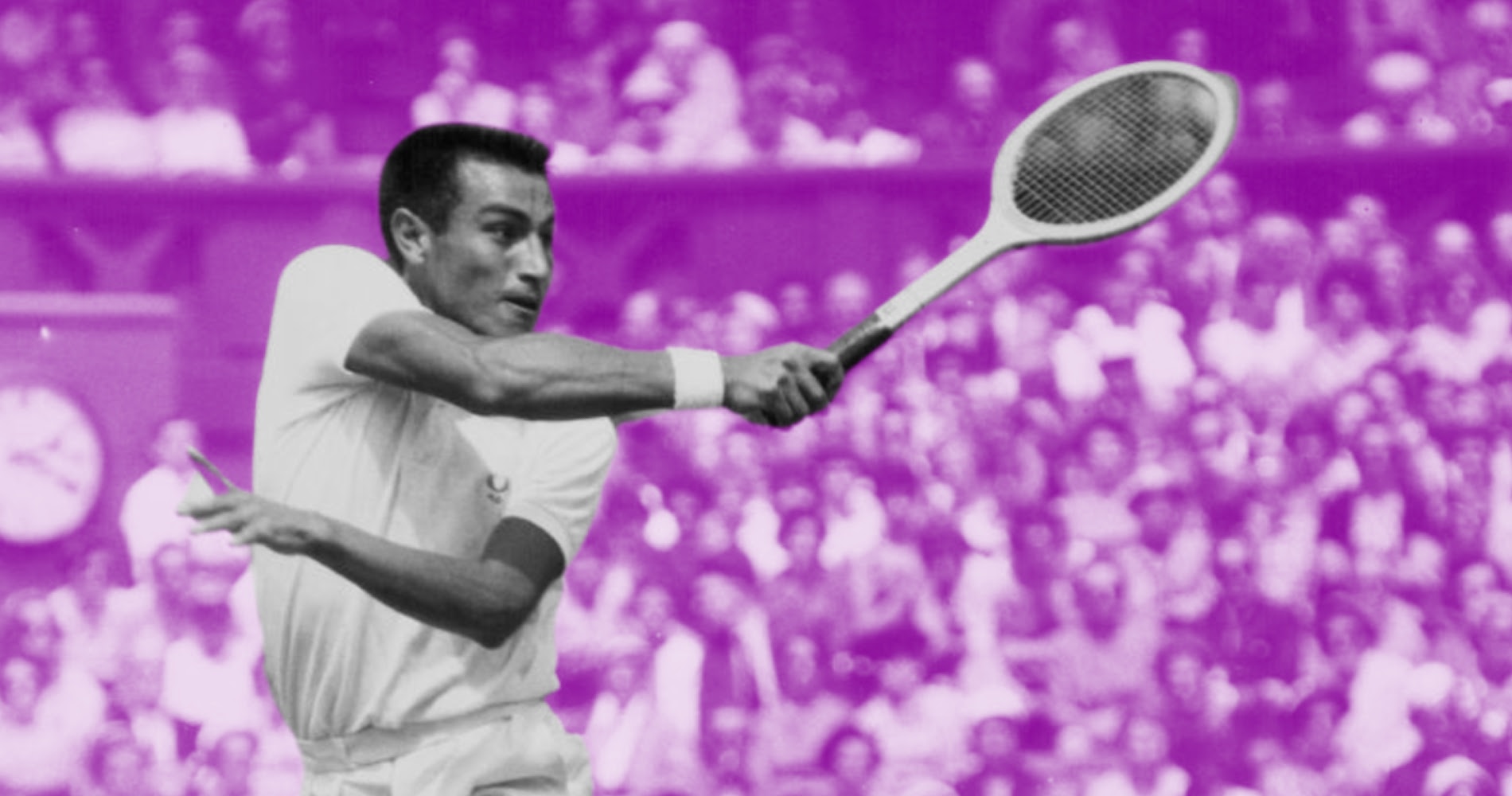 On this day, December 29, 1958, Alex Olmedo, from Peru, played under the American flag in the opening match of the Davis Cup final against Australia, although he didn’t have United States citizenship. The South American player was eligible to be a part of the Davis Cup team as he had been living in the country for more than three years and Peru didn’t have a team, but his selection remained controversial. However, most of the critics softened when he defeated world No 2 Mal Anderson, in four sets (8-6, 2-6, 9-7, 8-6) to give his country a 1-0 lead, before clinching the title by winning the doubles on the following day and beating world No 1 Ashley Cooper on the last day.

Alex Olmedo, whose father Salvador was a tennis coach, was born in Peru in 1936. He came to California at the age of 17, to compete in bigger tournaments, thanks to a fundraiser organized by some of his supporters. After working in a tennis shop, he learned to speak English and enrolled at the University of Southern California, becoming the NCAA singles champion in 1956 and 1958. That year, he reached the US Nationals quarter-finals (defeated by Neale Fraser, 3-6, 6-1, 8-6, 3-6, 6-3), and he was also chosen by the American Davis Cup captain, Perry Jones, to play the final of the Inter-Zonal Zone against Italy. Although his selection was controversial as he was not a United States citizen, he won his three matches, defeating the Italian legend Nicola Pietrangeli in the opener (5-7, 10-8, 6-0, 6-1) to propel his team into the Challenge Round.

Alex Olmedo, who passed away on Wednesday, graced the cover of Sports Illustrated during the height of his tennis career pic.twitter.com/x3Gf1cAq1t

The 1958 Challenge Round was held at Milton Courts, a tennis venue located in Milton, Brisbane, Queensland, Australia. The Australian Championships (the name of the Australian Open before 1968) was held there in 1923 and 1956. The main arena seated 7,000 people and opened in 1915.

Last week we lost a great champion and wonderful friend, Alex Olmedo. Alex dominated me in the 1959 Wimbledon singles final and made me a better player. My heartfelt condolences to the Olmedo family. This photo is from 2017 at the LA Tennis Club when Alex received his ITHF ring. pic.twitter.com/oDb6HSGnVM

In 1958, the Davis Cup was still played under the Challenge Round format, which meant that every year, the defending champion automatically qualified for the final and hosted it on his own lands. The 1957 Davis Cup was won by Australia.

In order to challenge Australia for the Davis Cup title, the United States had to win the America Zone tournament as well as the Inter-Zonal event. The Inter-Zonal tournament was already held on Australian soil, in Perth, and in the final, the American team prevailed against Italy (5-0). In this final, the captain Perry Jones controversially chose Alex Olmedo, who had reached the quarter-finals at the US Nationals, but who didn’t have US citizenship. The rules allowed him to play because his home country didn’t have a Davis Cup team and he had been living in the USA for more than three years.

Some sportswriters didn’t see any harm in it (such as Allison Danzig, from the New York Times, who simply wrote that the authorities were giving “equal opportunity to every player, to the foreign born as well as the homebred”), others felt ashamed that there was no American player who was good enough to represent the country (such as Arthur Daley, in his column ‘The Times of the World‘, who wrote that Olmedo’s participation “has to make American tennis the laughing stock of the rest of the world.”).

The controversy cooled down when Olmedo won his both singles and doubles to propel his team into the Challenge Round. However, Perry Jones was not afraid of taking risks, and on December 29, 1958, he began the final by letting the US no 1 Ham Richardson, on the bench, to launch Olmedo against world No 2 Mal Anderson, who had played three major finals in the last two years. This bold choice paid off, as the Peruvian prevailed (8-6, 2-6, 9-7, 8-6), giving his team an important 1-0 lead before his teammate Barry MacKay was defeated by world No 1 Ashley Cooper (4-6, 6-3, 6-2, 6-4).