Home > Our features > On this day > June 24, 2010: The day Isner and Mahut completed the longest match in history

Every day, Tennis Majors looks back at the biggest moments in tennis history. On June 24, 2010, John Isner and Nicolas Mahut completed their Wimbledon marathon and rewrote the record books. 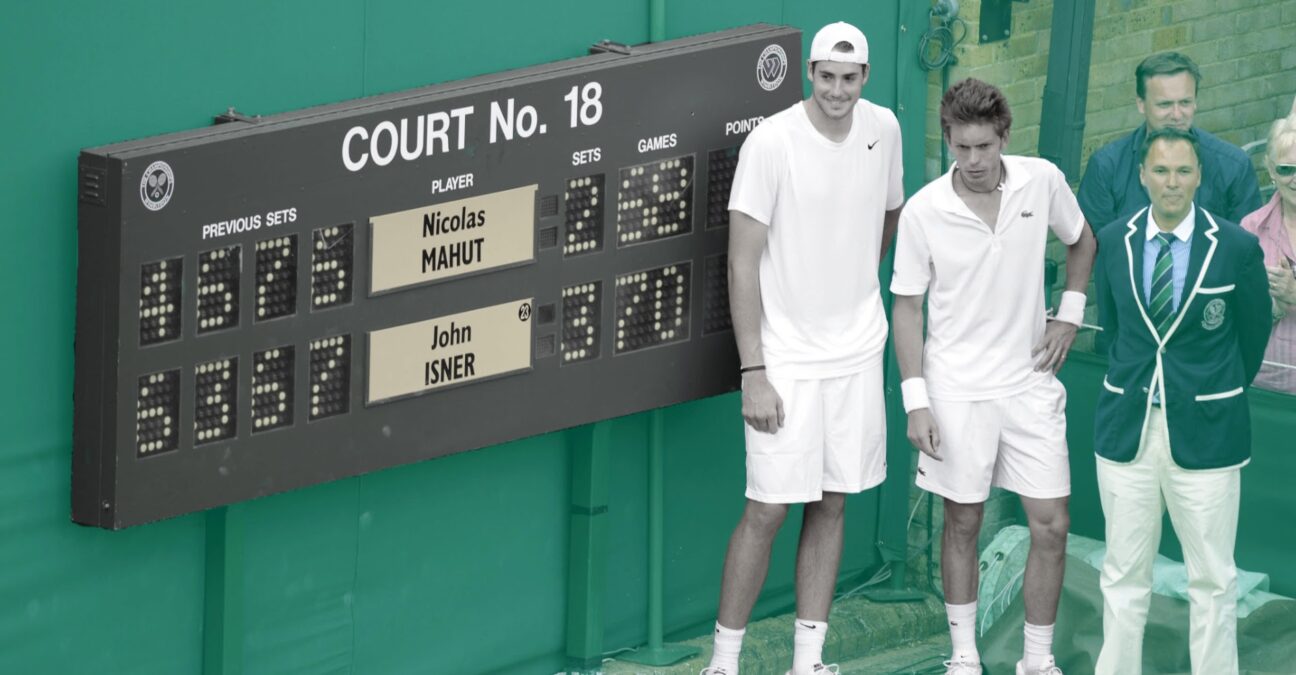 On this day, June 24, 2010, in the first round at Wimbledon, John Isner and Nicolas Mahut finished the longest match in tennis history. The American giant prevailed in the end, after 11 hours and five minutes of play, split over three days, with an implausible scoreline of 70-68 in the fifth set. The last set itself lasted eight hours and 11 minutes, which was far longer than the previous record for the longest match (Arnaud Clément and Fabrice Santoro had played for six hours and 33 minutes in 2004, at Roland-Garros).

The players: John Isner, the giant on the rise

The lanky American entered the top 100 in 2009, reaching the fourth round at the US Open (defeated by Fernando Verdasco, 4-6, 6-4, 6-4, 6-4). In 2010, he claimed his first title in Auckland, saving a match point in the final before edging Arnaud Clément (6-3, 5-7, 7-6). After he finished runner-up in Memphis and in Belgrade, defeated both times by Sam Querrey, Isner entered the 2010 Championships as world No 19, his highest ranking so far. At 6″10 in, Isner played a very aggressive game, anchored by a massive serve and a powerful forehand; he tried to shorten points as much as he could in order to avoid fatigue.

Frenchman Nicolas Mahut was born in 1982. Although he turned pro in 1999, he entered the top 100 for the first time only in 2003. His serve and volley game made him a very good player in doubles; in singles he was also particularly dangerous on grass. The two only finals Mahut had previously played on the tour were on this surface, both in 2007 at the Queen’s Club (lost to Roddick, 4-6, 7-6, 7-6) and in Newport (lost to Fabrice Santoro, 6-4, 6-4). And he had already enjoyed success at Wimbledon, winning the junior title in 2000.

The place: The All England Club, Court No 18

Wimbledon is the oldest and the most prestigious tennis tournament in the world. Held by the All England Lawn Tennis and Croquet Club since 1877, it moved to its current location in 1922, the same year when the Centre Court was built. Considered by many as the most intimidating court in the world, with its famous Rudyard Kipling quote above the entrance (“If you can meet with triumph and disaster and treat those two impostors just the same”),  Centre Court had seen the best players of all time competing for the title. After the US Open switched to clay and then hard court in the 1970s, and after the Australian Open switched to hard court in 1988, Wimbledon remained the only Grand Slam tournament to be played on grass, a surface that is usually more suitable for serve and volley players. Not only did Wimbledon keep its surface, but it also faithfully adhered to time-honoured traditions such as the white dress code.

The facts: A first-round spectacular, over three days

The first round of Wimbledon, between 19th-ranked Isner, and qualifier Mahut, was scheduled on court No 18 and did not draw any particular attention. The match started on June 22. Achieving the first of only three breaks in the entire match, Isner took the first set, 6-4. In the second set, a reverse scenario led the Frenchman to corral the second set, 6-3.

The two players then held their serve for the next 161 games!

After saving a set point, Mahut won the third set in the tiebreak, before losing the fourth set 7-6 despite a 3-1 lead in the tiebreak. The match was then interrupted by nightfall after four hours of play.

On the next day, June 23, the players were back on court to play the last set, with Isner serving first. The American obtained a first match point at 10-9, after Mahut produced two consecutive double faults, but the Frenchman saved it with an ace. As the match stretched, it started to draw more and more attention. Commentators and journalists filled the stands – even John McEnroe came to watch. When the score reached 32-32, after six hours and 34 minutes, the match officially became the longest in tennis history. It was far from over. At 33-32, Mahut saved two match points again. 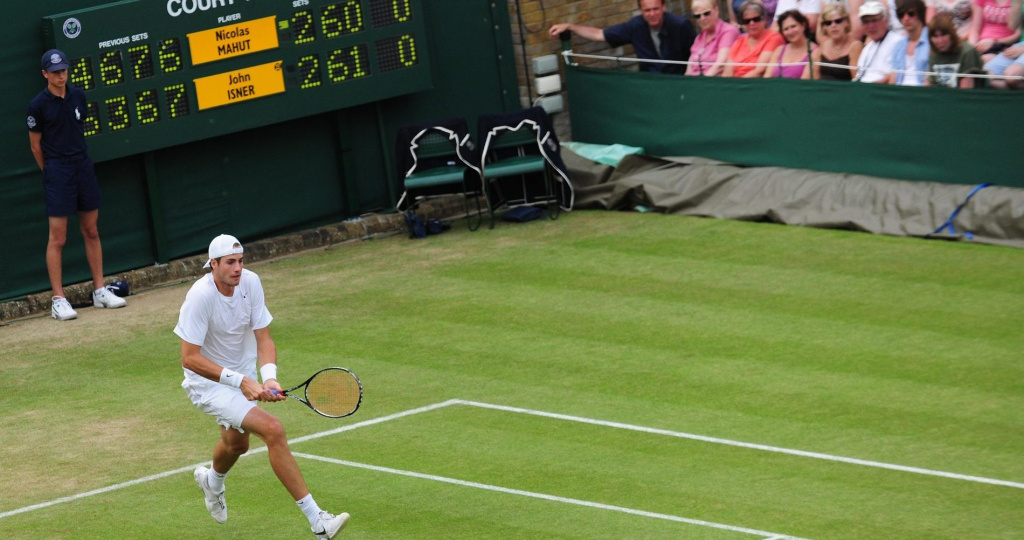 The tennis itself was not particularly thrilling, with aces galore and short points that rarely stretched over four or five strokes, but the players were demonstrating ample desire. They still held serve until 47-47, then the scoreboard broke as it had not been designed for such an unfathomable number of games in a set.

At 50-50, Mahut eventually obtained his first break point of the set, but was unable to convert it. At 59-58, Isner obtained a fourth match point, which Mahut dismissed with another ace, before evening the score. At 59-59, the match was interrupted a second time as it was too dark to continue.

On June 24, the players were still unable to break each other’s serve until, at 69-68, John Isner obtained a fifth match point. Moments later the American hit a backhand passing shot that put an end to the most amazing fifth set in tennis history. After 11 hours and five minutes of play, Isner had eventually edged Mahut, 6-4, 3-6, 6-7, 7-6, 70-68.

The statistics of the longest match in tennis history were stunning, and several records were broken:

What next: They met again the following year

Even if his next match, which was originally scheduled the same day, would be postponed to Friday due to the extraordinary circumstances, Isner would suffer a  heavy loss in the second round against Dutchman Thiemo de Bakker (6-0, 6-3, 6-2). Despite having been defeated in the second round, Isner would remain the player who hit the most aces at the 2010 Championships.

The next year, in 2011, John Isner and Nicolas Mahut would surprisingly be drawn against each other again in the first round at Wimbledon. This time, though, no records would be broken, as Isner would prevail in three sets, 7-6, 6-2, 7-6, in “only” two hours and three minutes.