March 24, 1998: A new rivalry begins as Hingis and Serena collide in Miami

Every day, Tennis Majors looks back at the biggest moments in tennis history. On March 24, 1998, Martina Hingis and Serena Williams met for the first time 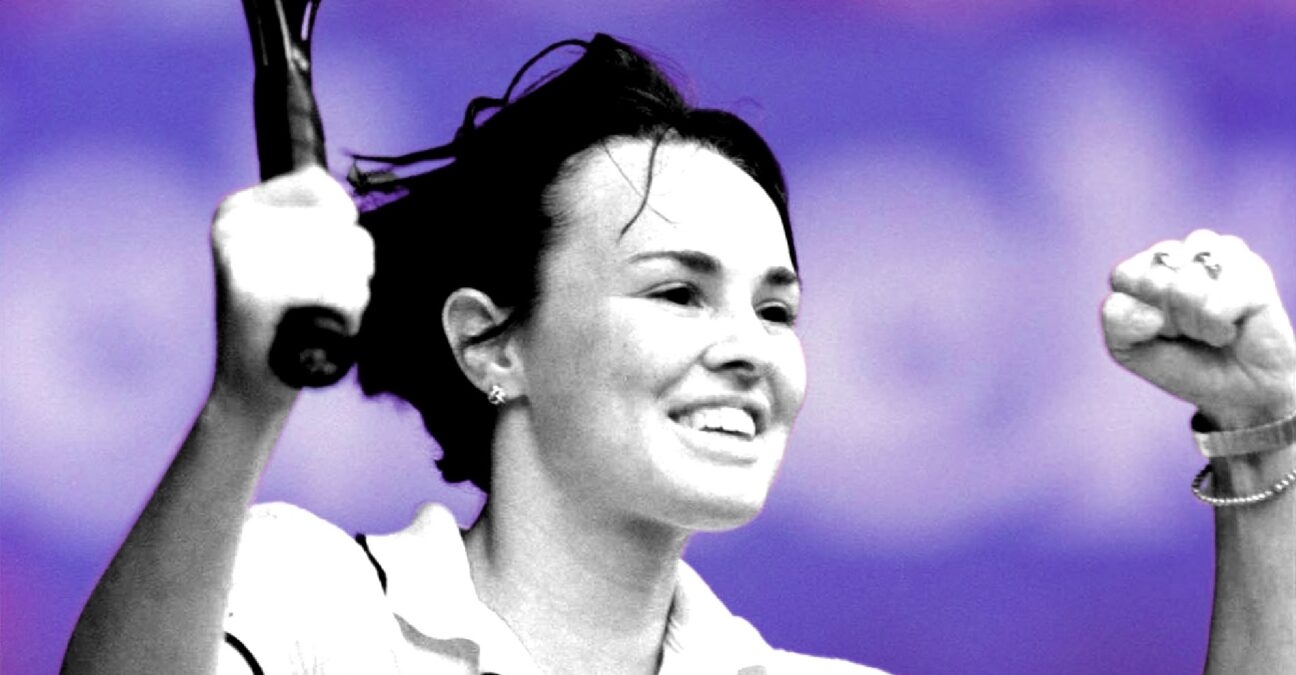 On this day, March 24, 1998, a great tennis rivalry began in Miami, as Martina Hingis and Serena Williams met for the first time in the quarter-finals of the Lipton Championship. In this first encounter, Hingis, 17-years-old and world No 1 at the time, saved two match points to prevail (6-3, 1-6, 7-6) against the 16-year-old American, 40th in the world. It was the first of 13 encounters between the two players.

Martina Hingis was born in September 1980, and her mother Melanie Molitor named her after tennis champion Martina Navratilova. Taught by her mum, she soon became a real prodigy, winning the junior event at Roland-Garros at the age of 12. She started competing on the tour at 14, but she was allowed to attend only 15 tournaments before the age of 16, a rule she protested against. Her game relied on an extraordinary hand-eye coordination, great tactics, amazing touch, and great anticipation.

In her early career, she was still said to lack power and a decent second serve. Youngest player to ever win a match at the Australian Open in 1995, she broke through in 1996. After defeating the undisputed world No 1, Steffi Graf, at the Italian Open in May, she reached the semi-finals at the US Open, where Graf beat her 7-5, 6-3, and she finished runner-up at the WTA Finals (defeated by Graf, this time in five sets, 6-3, 4-6, 6-0, 4-6, 6-0). Three months after her 16th birthday, she was already the No 6 player in the world, and in January 1997, she became the youngest Grand Slam champion in the Open Era, defeating Mary Pierce in the Australian Open final (6-2, 6-2). In the following months, she claimed no fewer than 12 titles, including Wimbledon (beating Jana Novotna in the final, 2-6, 6-3, 6-3), the US Open (defeating Venus Williams in the final, 6-0, 6-4) and a second Australian Open (defeating Conchita Martinez, 6-3, 6-3). She also reached the Roland-Garros final (lost to Iva Majoli, 6-4, 6-2). These outstanding results made her the youngest player to have ever reached world No 1, in March 1997, aged 16 years and three months. In March 1998, she had just triumphed at Indian Wells and she was the undisputed world No 1.

Serena Williams, born in 1981, is the youngest of the Williams family. Her older sister Venus, at the start of her career in 1997, had declared that her main rival for world No 1 would be her younger sister Serena. At the time, the tennis experts did not know whether she was joking or just being provocative. They soon discovered how serious Venus was, as Serena Williams made her first world-class performance the same year, in November, in Scottsdale. At the age of 16, ranked No 304, she came out of qualifying and went on to the semi-finals, beating Mary Pierce (No 7, 6-3, 7-6) and Monica Seles (No 4, 4-6, 6-1, 6-1).  In January 1998, at the Sydney Open, she made her way out of the qualifications and then defeated world No 3 Lindsay Davenport in the quarter-finals (1-6, 7-5, 7-5), before losing to Arantxa Sanchez-Vicario in the semi-finals (6-2, 6-1). At the Australian Open, she was stopped in the second round by her sister (7-6, 6-1), and in March 1998, when she arrived in Miami, she was world No 40.

The Miami Tennis Open, originally named the Lipton International Players Championship, was held for the first time in 1985, in Delray Beach, with the idea of being the first big tennis event of the year (at the time, the Australian Open was held in December). The tournament moved to Key Biscayne in 1987. The event was played on slow hard courts, in extreme heat and humidity. Nonetheless, with outstanding prize money and a 96-player draw. In 1998, it was considered as the biggest tennis tournament in the world outside of Grand Slams, and the defending champion was the undisputed world No 1 Martina Hingis.

In March 1998, Martina Hingis was dominating the Tour. She had suffered only five losses in 1997, while claiming three out of the four Grand Slam titles. She started 1998 on similar standards: despite an unexpected loss in Sydney (against Venus Williams, 3-6, 6-4, 7-5), she defended her Australian Open title and triumphed at Indian Wells.

In the Miami semi-finals, the Swiss Miss faced the American rising star, Venus Williams’ younger sister, Serena. Although she was only 16 years old at the time, she already drew a lot of attention, not only because of her father’s provocative way of claiming that his daughters were soon going to be the best players in the world, but also because of her extremely powerful groundstrokes.

In the first set of this clash of styles, Hingis managed to control Serena’s power to take the lead, 6-3. The young Williams, perhaps going for the winner too early, made too many mistakes, but in the second set, she sharpened her groundstrokes and outpowered the Swiss, 6-1. When the American took a 5-3, 15-40 lead in the deciding set, it seemed that she was going to meet her sister in the final, but she failed to seal the deal and saw Hingis coming back at 5-4. The world No 1 called for a trainer at the next change-over, getting her upper legs massaged, before breaking her opponent’s serve and finally prevailing, 6-3, 1-6, 7-6.

In her press conference, Williams questioned Hingis’ call for a trainer in the deciding set, implying that it had probably constituted a kind of gamesmanship from the Swiss.

“Gamesmanship? That I would call a trainer at 5-4? I guess it was a good decision; I guess there are little games, everyone’s playing games.”, responded the world No 1, who praised her opponent’s level anyway.

”I was pretty nervous; I never played her before, and she’s going to be a tough opponent in the future,” said Hingis, who was now to face Venus Williams in the final. ”They’re both pretty good and dangerous for everybody: Venus has a better serve, hits the ball much harder. Serena is more controlled, has a better mind, but Venus is very confident.”

What next: Serena overtakes Hingis

In the final, Martina Hingis would be defeated by Venus Williams, 6-2, 5-7, 6-2. Struggling to contain the power of her peers, including the Williams sisters, she would only claim one more major crown, at the Australian Open, in 1999, but she would finish runner-up in no less than six other Grand Slam tournaments. She would play 13 times against Serena Williams in her career, with the American leading 7-6.

Serena Williams would claim her first Grand Slam title at the US Open, in 1999, before her older sister, defeating Hingis in the final (6-3, 7-6). It would take almost three years before Serena claimed another Grand Slam crown, but when she did, it was to achieve a feat known as the Serena Slam: she would win four consecutive major titles in 2002 and 2003, each time defeating her sister Venus in the final, proving their father right. Serena would claim a total of 23 Grand Slam titles. 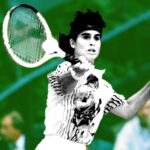