Every day, Tennis Majors takes you back in time to relive a tennis event which happened on this specific day. On May 14th, 2008, Justine Henin, then the world No 1, shocked the tennis world with the sudden announcement that she was to retire.

On this day, the 14th of May, 2008, world No 1 Justine Henin, aged only 25, surprised everyone by announcing her retirement from professional tennis, just a few weeks before the French Open, where she was the three-time defending champion. It was the first time in tennis history that a player had quit the game as world No 1. It was also a big blow for Belgian tennis, which had already seen its other star Kim Clijsters retire almost a year before, at the age of 24.

Justine Henin, born in 1982, had been one of the dominant players between 2003 and 2008. Her variety-based game not only amazed tennis fans – especially her wonderful one-handed backhand, a very uncommon feature in modern women’s tennis – but also helped to make her the best clay-court player of her time. She claimed four titles at Roland-Garros between 2003 and 2007, including three in a row from 2005 to 2007.

Henin had turned pro in 1999. After a few years of performing well without ever winning a major event, she hired Pat Etcheberry as a fitness coach at the end of 2002. The hard work she put in paid off the following year, when she prevailed at Roland-Garros as well as the US Open, each time defeating Clijsters in straight sets.

Her peak years were 2006 and 2007. During this time, she participated in seven Grand Slam tournaments and reached the final six times. In 2006, she was runner-up twice to Mauresmo, at both the Australian Open (where she retired when trailing 6-2, 1-0) and at Wimbledon. She won the French Open title in between, defeating Svetlana Kuznetsova (6-4, 6-4). After losing to Maria Sharapova (6-4, 6-4) in the US Open final, she finished the year by winning the WTA Tour Championship against Mauresmo (6-4 6-3).

In 2007, she skipped the Australian Open for personal reasons but then she won 10 of the 14 tournaments she played, including Roland-Garros, Flushing Meadows and the WTA Championships. That year, she also became the first woman in WTA history to earn more than $5 million in prize money. Henin also collected a gold medal at the 2004 Olympics in Athens, and she won the 2001 Fed Cup for Belgium, together with Clijsters.

Her career was strongly impacted by her rivalry with Clijsters. The two players originated from different parts of the same country, speaking different languages: Justine was from French-speaking Wallonia while Kim grew up in the Flemish region. Although they were friends in their teenage years, they split paths during their first years on the Tour. They faced each other as many as 25 times, and Henin not only led 13-12, but also usually prevailed on important occasions, particularly in Grand Slam finals, where she won all three of their meetings. 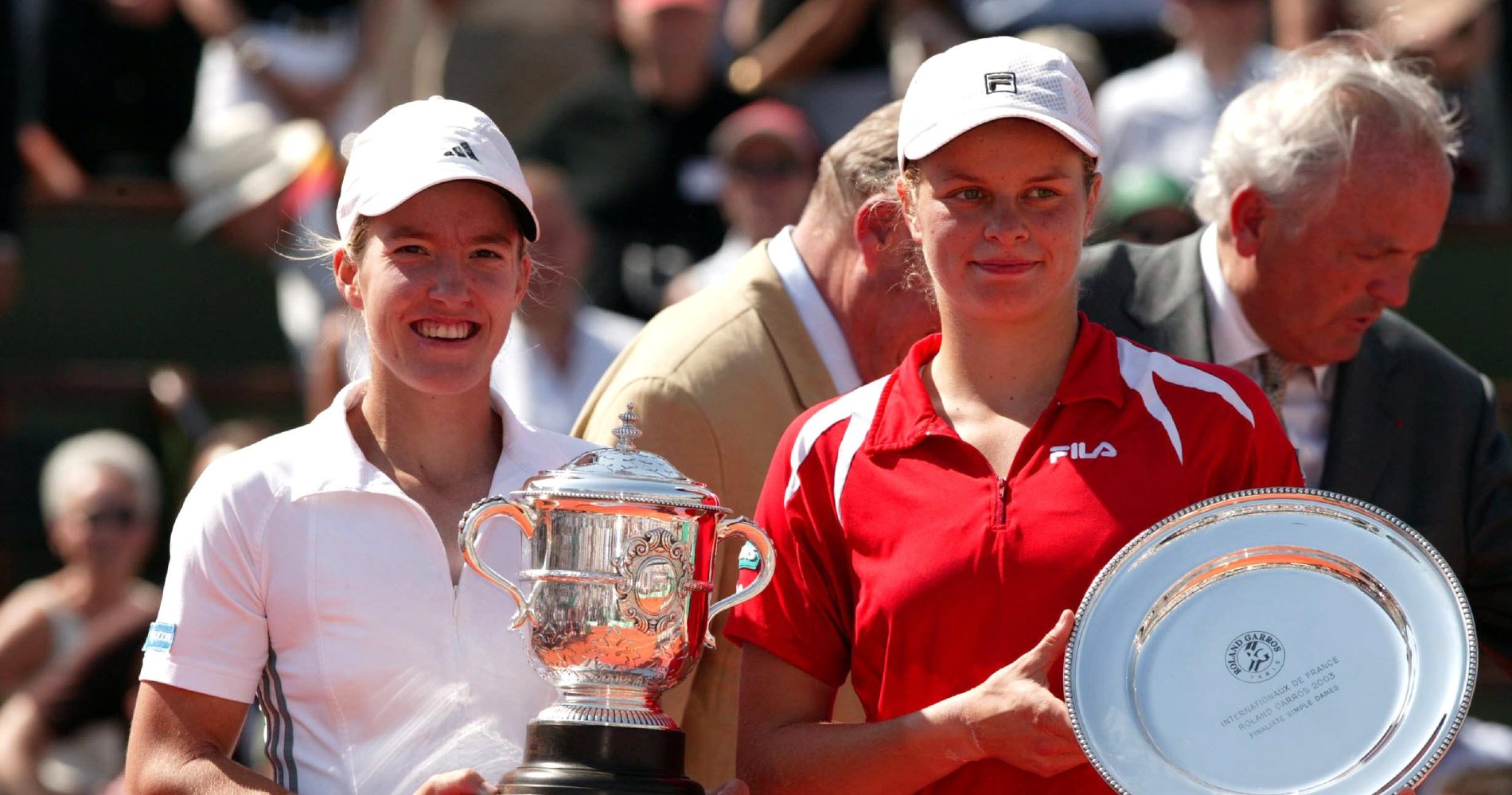 The previous day, Justine Henin had called a press conference to be held in a sports complex she owned in the town of Limelette, in the centre of Belgium, where it was assumed that she was preparing for Roland-Garros.

In the previous years, Henin had suffered a few injuries and sickness, even if none of them had threatened her career. In 2004, she missed a large part of the season due to an immune weakness; in 2005, she was absent at both the start and the end of the season, due to kneecap issues and a hamstring injury.

She had managed to come back every time, but at the start of 2007, she cancelled her Australian Tour, jeopardising her world No 1 spot, as she was in the process of divorcing her husband, Pierre-Yves Hardenne, whom she had married in 2002. Although it did not seem to affect her results, as she had an amazing 2007 season with 63 wins to just four losses, it might have been a first shock to her personal balance and her motivation.

In 2008, she had started the season by claiming the title in Sydney, reaching the quarter-final at the Australian Open where Sharapova put an end to a 32-match winning streak. In March, she started to show the first signs of mental fatigue. In the quarter-finals in Miami, she suffered a heavy loss against Serena Williams, 6-2, 6-0. A few weeks later, in Berlin, she lost as early as the third round against Dinara Safina (5-7, 6-3, 6-1). On top of that, she withdrew from the Italian Open, citing fatigue. When she called a press conference, with the French Open a couple of weeks away, it seemed possible that she might be pulling out of Roland-Garros as well. Something bigger was about to happen. 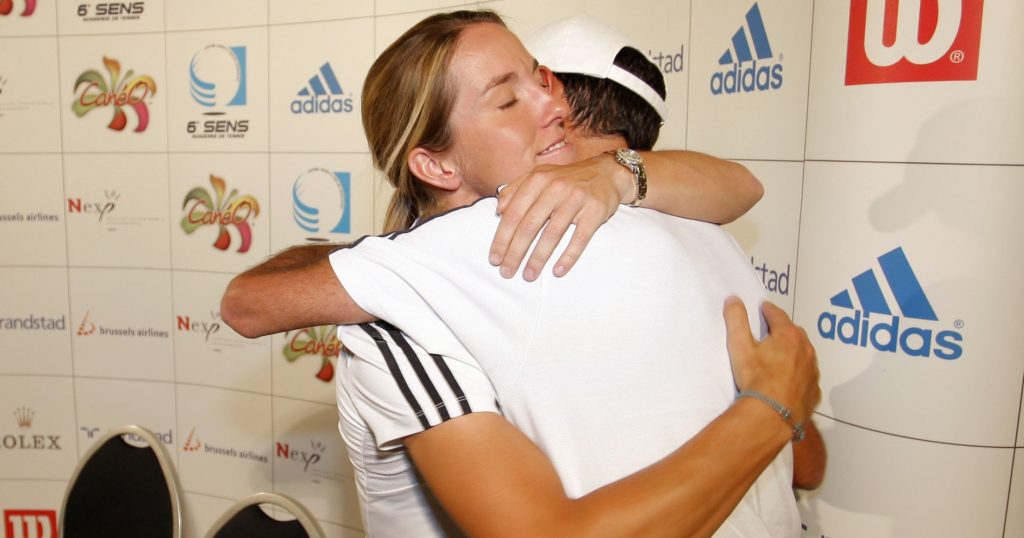 When Henin showed up, with her long-term coach Carlos Rodriguez by her side, she went straight to the point.

“I am here to announce that I am putting an end to my tennis career without further delay. I know it’s a shock and a surprise for many people, but it’s a decision I have been thinking about thoroughly for a while now, say, since the end of 2007.”

“I am leaving as the world No 1 and that is important as it is always better to go out at the top. I leave without any regrets and I know it is the right decision.”

She explained that she didn’t feel the same emotions on court anymore, and that she wanted to explore different paths as well as to be more involved in her foundation, helping children sick with cancer. She also took some time to thank Rodriguez, for the years spent together on the tour. She pointed out that their relationship was deeper than just a player and his coach, and even had a special thought for Carlos’ family, saying that “they will have more family time now”.

The world No 1 kept her composure and, as a conclusion to a well-mastered speech, she said she didn’t feel sad, but relieved. When she stood up to leave the room, she had become the first player to retire from tennis while holding the No 1 ranking.

“Henin’s announcement would leave the world of tennis shocked and sad to see such an amazing player quit so early. Roger Federer himself would say that he was “totally shocked” that Henin had retired, “a shock for the whole tennis world”. In the months following her retirement, Justine Henin would stay away from the spotlight. In 2009, she would participate in a TV show named “The twelve labours of Justine Henin”, but deep down she would start to miss tennis.

On the 22nd September, 2009, Henin would confirm her comeback to the tour in 2010. Although her announcement would happen just a few weeks after her rival Clijsters had successfully come out of her retirement to win the US Open, Henin would explain that her trigger had been witnessing Federer eventually winning Roland-Garros, which had reminded her of her missing Wimbledon crown. She would obtain a wildcard for the 2010 Australian Open, where she would reach the final, losing to Serena Williams (6-4, 3-6, 6-2). 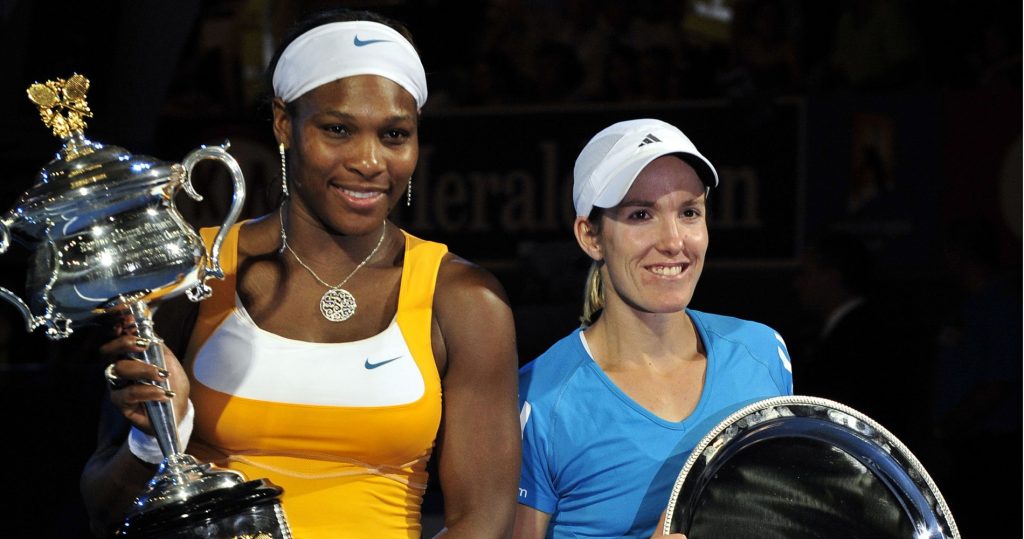 Unfortunately, she would fall and injure her elbow at Wimbledon, while facing Clijsters, which would force an early end to her 2010 season. She would never fully recover from this injury. She would retire once and for all after the 2011 Australian Open, where she would lose in the third round to Kuznetsova (6-4, 7-6) and realise her elbow was too damaged to pursue her career.

Once retired, Henin would not stray too far from tennis. She would regularly make guest appearances on TV during major events, particularly her personal favourite, Roland-Garros, and she would also run a tennis academy under her name.