Every day, Tennis Majors takes you back in time to celebrate an important moment in tennis history. Today, we go back to 2003 to witness how Justine Henin became the second Belgian of the year after Kim Clijsters to reach world No 1 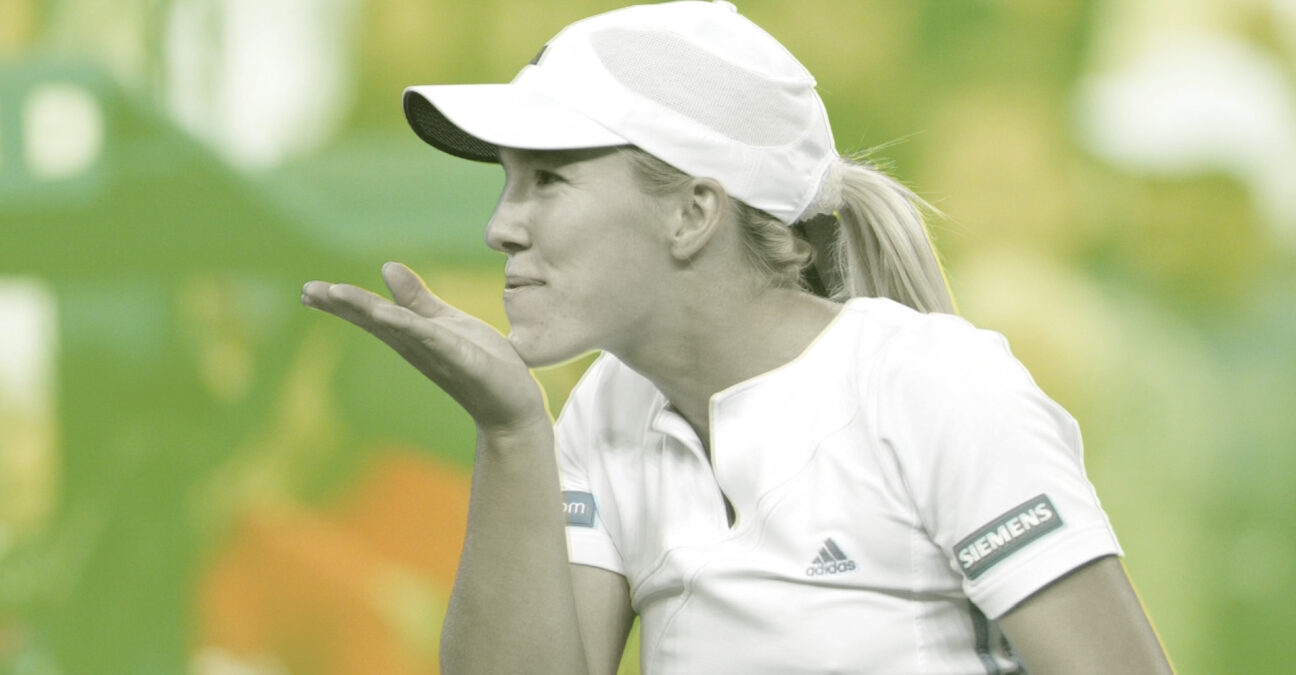 What exactly happened on that day and why it is memorable in tennis history?

On this day, October 20, 2003, Justine Henin — who had triumphed at both Roland-Garros and the US Open in the previous months — reached world No 1 for the first time by knocking off fellow Belgian Kim Clijsters from the throne. Although she would lose the top spot one week later, she would reclaim it in November to finish the year as world No 1.

Justine Henin, born in 1982, began her career in 1999 and won the first WTA tournament she ever attended — in Antwerp (defeating Sarah Pitkowski 6-1, 6-2 in the final). In her first years, she performed very well without ever winning a major event, although she finished runner-up at Wimbledon as early as 2001 (defeated by Venus Williams 6-1, 3-6, 6-0). At the end of 2002, to take her career to a next level she hired Pat Etcheberry as her fitness coach. The hard work she put in paid off the following year in 2003, when she prevailed at Roland-Garros by defeating chief rival Kim Clijsters 6-0, 6-4 in the final. Defeated in the Wimbledon semi-finals by Serena Williams 6-3, 6-2, she saw Clijsters seize the world No 1 spot in August. But at the US Open, Henin beat Clijsters again in the final to claim her second Grand Slam title with a 7-5, 6-1 victory.Her game based on variations amazed tennis fans all around the world — especially her wonderful one-handed backhand, a very uncommon feature in modern women’s tennis.

After the Williams sisters had dominated the game in 2002, with Serena defeating her sister Venus in four consecutive Grand Slam finals between Roland-Garros 2002 and the 2003 Australian Open, 2003 saw two women from Belgium getting a hold on the tour. Justine Henin and Kim Clijsters, who were rivals since their very young age, now competed for Grand Slam titles and the world No 1 spot.

The two Belgians had faced each other in no less than six finals since the start of the year, and Henin prevailed in four of them. Moreover, she won the ones that mattered the most: Roland-Garros and the US Open. Although most of their encounters were close, Henin destroyed Clijsters in Paris 6-0, 6-4 to earn the privilege of being the first Belgian woman to ever claim a Grand Slam title. However, in August, it was Clijsters — still chasing a major title — who knocked off Serena Williams from the world No 1 spot – only to be heavily defeated by Henin once again in the US Open final (7-5, 6-1).

With two major titles won in the same year, it made sense that Henin was getting closer and closer to the top spot. On October 19, one week after having lost to Clijsters 5-7, 6-4, 6-2 in the final of the Stuttgart Open, she triumphed at the Swisscom Challenge, in Zurich defeating Jelena Dokic 6-0, 6-4 in the final. It was her eighth title of the year and it made her the new world No 1 on the following day.

“When I hit my first balls, I was five years old,” said Henin, according to Eurosport.com. “All kids have dreams. I wanted to win the French Open and become the best player in the world. Today, it became true. But if a Grand Slam gives you an incredible feeling, I must admit that this ranking is more virtual. It’s the reward for all the work I put in. To tell the truth, I have the feeling of having accomplished my duty.”

The new No 1, exhausted, had decided to withdraw from the Linz Open — where she was the defending champion. That was a decision that was going to make her lose the top spot only one week after having reached it. The US Open champion had higher goals.

“The real outcome will be on November 10, after the Masters Cup. In Los Angeles, the first match will already be very demanding because this tournament only brings together the best. It will be a question of being at the top. And it would be wonderful to reclaim the top spot there.”

What next: Henin holds No 1 for 44 straight weeks

Thirteen weeks later, at the Masters Cup, Justine Henin would indeed reclaim the top spot, despite her loss to Amélie Mauresmo in the semi-finals (7-6, 3-6, 6-3) and the triumph of Kim Clijsters on the following day. This time, Henin — who defeated Clijsters in a third Grand Slam final at the 2004 Australian Open (6-3, 4-6, 6-3) — would remain at the top of the WTA rankings for 44 consecutive weeks.

Throughout her career, Henin would spend 117 weeks as world No 1. The Belgian would accumulate seven Grand Slam trophies, including three consecutive titles at Roland-Garros (2005-2007) and a last one at the 2007 US Open (where she defeated Svetlana Kuznetsova 6-1, 6-3).

On September 22, 2009, Justine Henin would officialize her comeback on tour in 2010. She would obtain a wild card for the 2010 Australian Open, where she would reach the final — losing to Serena Williams 6-4, 3-6, 6-2. Unfortunately, she would fall and injure her elbow at Wimbledon while facing Kim Clijsters. That would force her to put an early end to her 2010 season. She would never recover from that injury. She would retire once and for all after the 2011 Australian Open, where she would lose in third round against Svetlana Kuznetsova 6-4, 7-6 and realize her elbow was too damaged to continue her career.