November 26, 1998: The day Sampras locked up his record sixth year-end No 1 ranking

Every day, Tennis Majors takes you back at a big moment in tennis history. On November 26, 1998, Pete Sampras set a new record by recording his sixth consecutive year-end No 1 ranking. 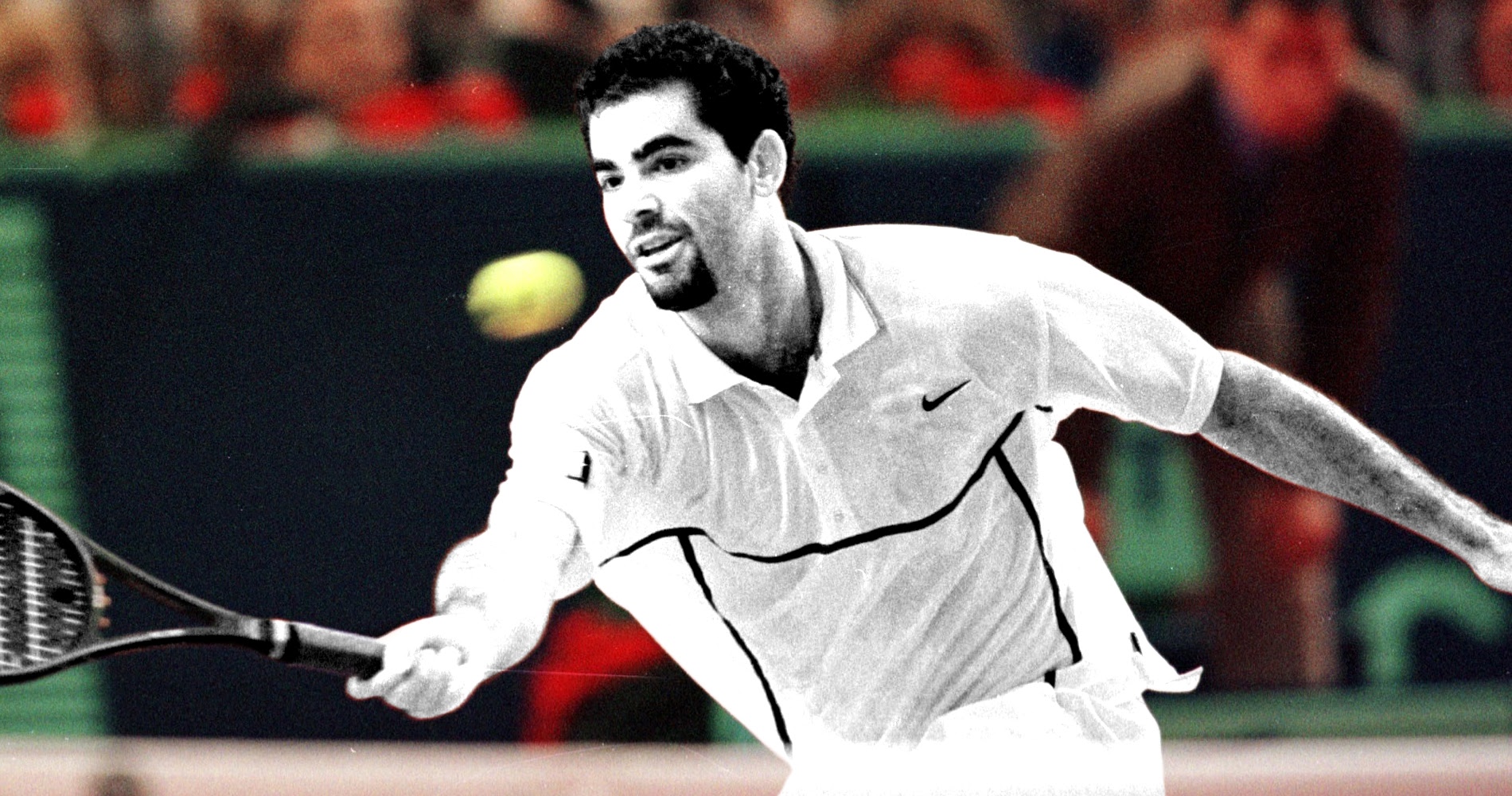 On this day, November 26, 1998, Pete Sampras secured the year-end world No 1 spot for the sixth consecutive year. Ironically, the news came when world No 2 Marcelo Rios pulled out of the Masters Cup, an announcement that was made on Pete’s day off. Pistol Pete was rewarded for his effort after he had played for six weeks without a break in order to finish the year at the top spot and break Jimmy Connors’ record of five consecutive years as year-end world No 1.

Sampras would have easily been called the greatest of all-time if not for his obvious weakness on clay: his best performance at Roland-Garros was a semi-final reached in 1996 (lost to Yevgeny Kafelnikov, 7-6 6-0 6-2), and he had not reached the second week of the tournament since.

Founded in 1970, the year-end Masters Cup was the final showdown between the eight best players in the world. Held in a different location every year at the start, it settled at the Madison Square Garden, in New York, from 1977 until 1989. Between then and 1998, the tournament had moved twice again, from Frankfurt (1990-1995) to Hanover in 1996. As only the eight top players of the year qualify for the event, the list of its former champions is nothing short of impressive.

Although he was still world No 1, Sampras’ domination on the tour had been seriously challenged in 1998. For the first time in two years, another player managed to hold the top spot, if only for six weeks: Marcelo Rios, from Chile. After playing way below his usual standards in the first half of the season, Sampras was born again in his own garden: the Wimbledon’s Centre Court, where he claimed a fifth crown, surviving in a thrilling final against Goran Ivanisevic (6-7, 7-6, 6-4, 3-6, 6-2). He reclaimed his throne from Rios on August 14. Later in the summer, he was defeated twice by Patrick Rafter, the first time in the Cincinnati final (1-6, 7-6, 6-4), and the second time in the US Open semi-final (6-7, 6-4, 2-6, 6-4, 6-3). At that stage, it wasn’t clear if Sampras could finish the year as world No 1, and so he dug in, making the goal his vision quest for the rest of the season. He had already tied Connors’ record of five consecutive years as the year-end champion, and he now had the opportunity to establish a new record. In order to achieve that goal, Pistol Pete put six tournaments on his schedule between the US Open and the Masters Cup, instead of the three events he had attended in the same period in 1996 and 1997.

Meanwhile, his rival for world No 1, Marcelo Rios, had attended the same six events as well, traveling from Munich to Singapore, before flying back to Europe. In a desperate attempt to top Sampras, he had even flown back to Chile to attend a tournament in Santiago between Paris and the Masters Cup, held in Hanover. 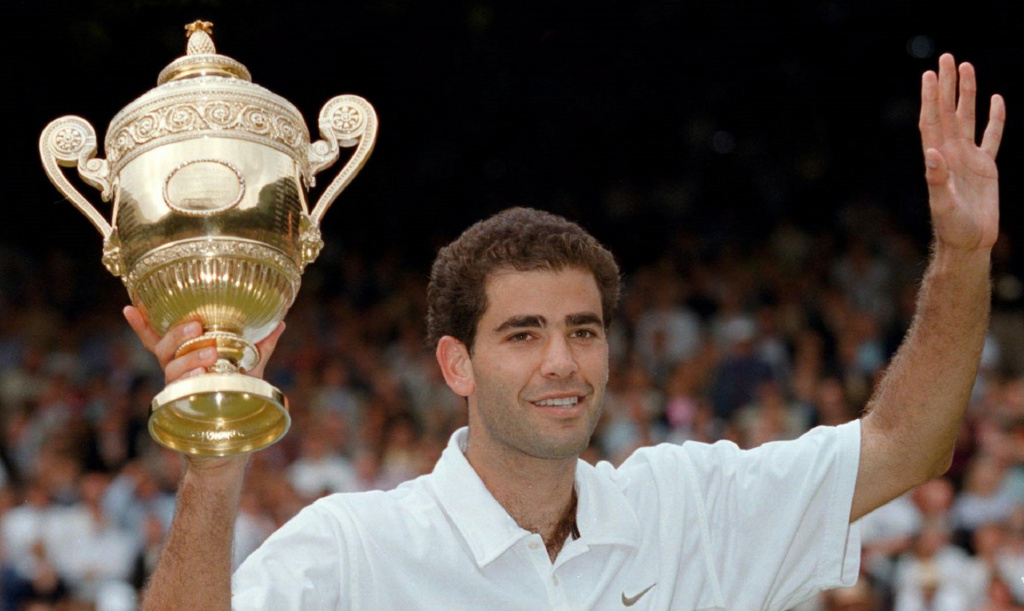 Just before the Masters, Sampras was defeated by Jason Stoltenberg in the first round at Stockholm (7-6, 4-6, 6-4), showing obvious signs of mental exhaustion: the world No 1, known for his sportsmanship and exemplary attitude, threw his racket and was awarded a warning.

Despite this disappointing result, Sampras was still in a good position to reach his goal. Rios trailed him by 33 points, and he had to obtain a better result than the American in order to overcome him. Sampras started his tournament with a win over Yevgeny Kafelnikov (6-2, 6-4), while Rios lost his opening match to Tim Henman (7-6, 6-1).

In his second match, Pistol Pete qualified for the semi-finals, beating the Roland-Garros champion, Carlos Moya (6-3, 6-3). That victory forced Rios, whose second match was scheduled the next day, to win his two next round-robin matches.

Rios didn’t have the chance to try. On November 26, he announced that, due to a back injury, he had to withdraw from the tournament. Without playing, Sampras was now sure to be the year-end world No 1 for the sixth consecutive season, a unique feat in tennis history.

“I was home at the hotel eating some pasta,” Sampras told the press that day. “There I saw he pulled out. It was kind of a weird feeling. I thought I was going to have to win a match or win the tournament or whatever. It was just kind of ironic how it all worked out.”

When asked about the pressure that was on his shoulder in the past weeks, he explained:

“I don’t look at it as a burden; I look at it as an ultimate achievement. This is a record that I feel will probably never be broken ever, and I knew that. I knew that over the past couple months, it was either now or never. I felt, ‘This is my chance to do it.’ To get to No 1 is one thing; but to stay there is another thing. It’s twice as hard. To have stayed on top for most of my career is a little overwhelming. You see many players in the past have not handled the pressure or not enjoyed it. I’m very comfortable being No 1, and that helps.” 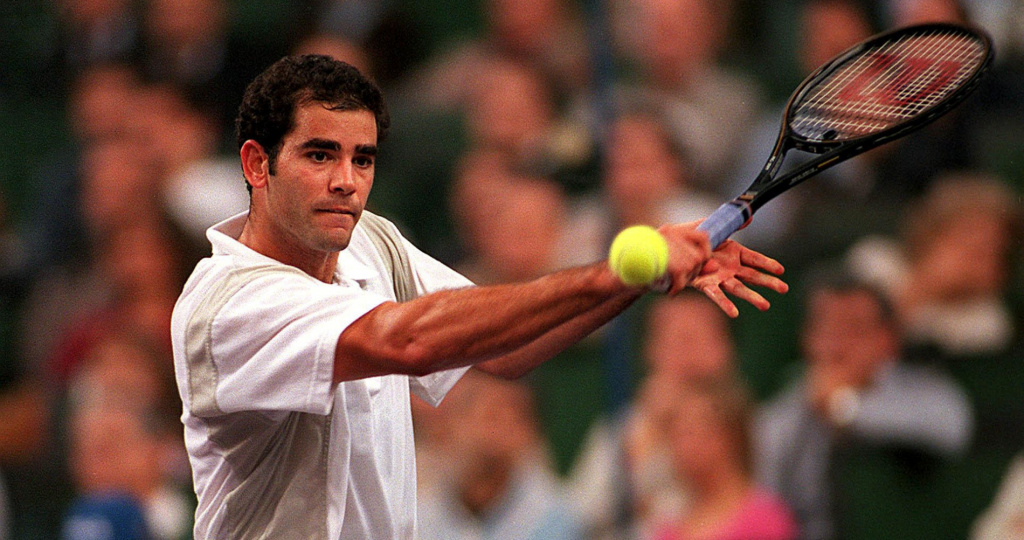 Exhausted by his quest for the record, he would lose his No 1 spot to Agassi in 1999, saving his season with a sixth Wimbledon title and a fifth Masters Cup crown, defeating his old rival each time in the final. In 2000, Sampras would claim a seventh trophy at Wimbledon, defeating Patrick Rafter in the final (6-7, 7-6, 6-4, 6-2), and that year, he would appear for the last time on top of the ATP rankings on November 19. He had spent 286 weeks as world No 1, a record at the time. He would retire in 2003, a few months after claiming his 14th Grand Slam at the US Open (also a record at the time), beating his old-time rival Andre Agassi in the final (6-3, 6-4, 5-7, 6-4).