David vs Goliath QF matchup set between Podoroska and Svitolina

In the later slate of women’s singles matches, it was Elina Svitolina and Nadia Podoroska who made it through to the QFs in vastly different matches. 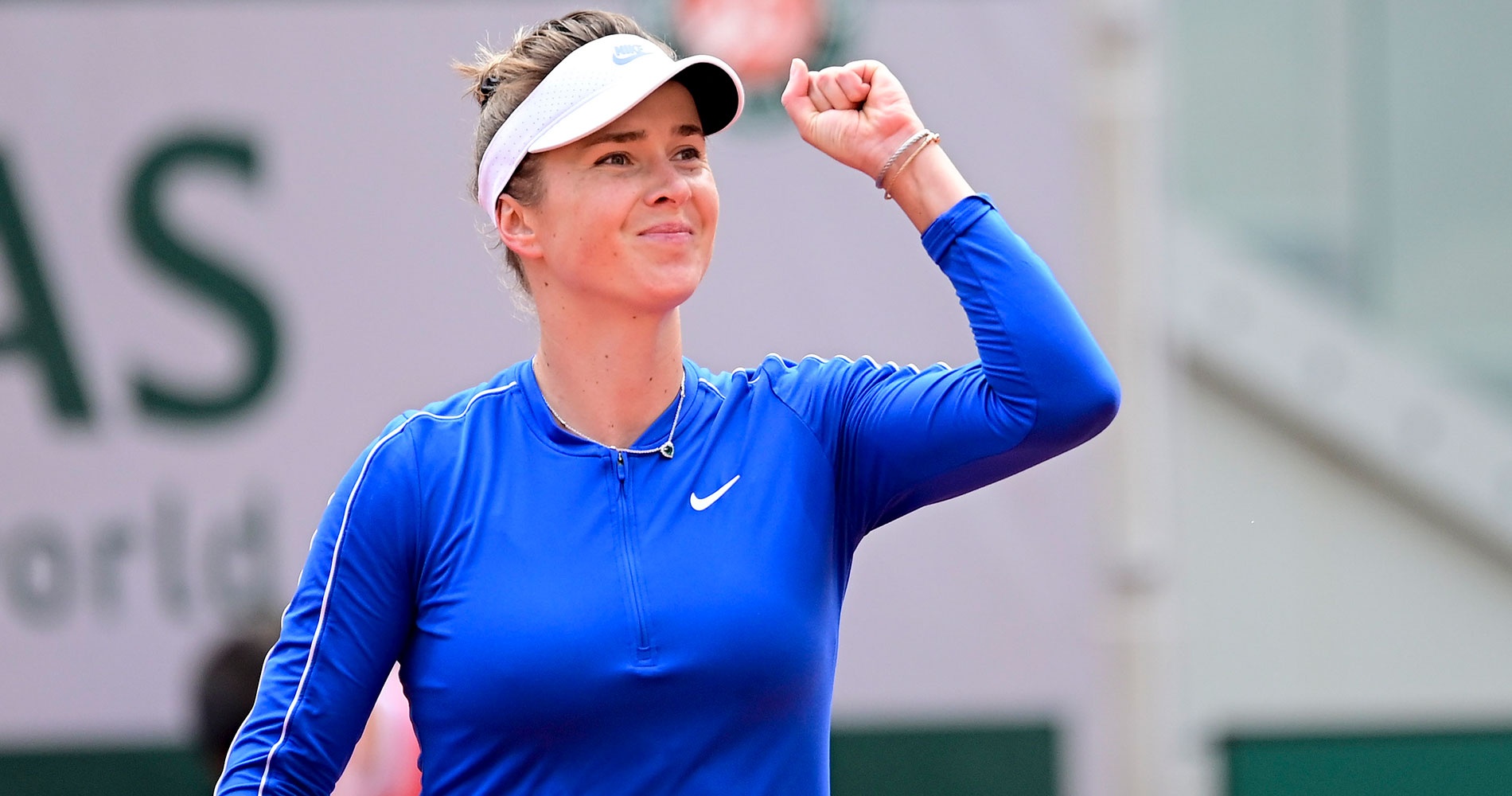 French favourite Caroline Garcia’s run in Roland-Garros was quickly stopped by No 3 seed Elina Svitolina, as the Ukrainian made swift work of the match to win 6-1, 6-3.

On the other side of the draw, another qualifier advanced in addition to Martina Trevisan’s success, as Nadia Podoroska completed her comeback victory against Barbora Krejcikova after two hours and nine minutes

The only blemish on Svitolina’s match was her getting broken twice, once in each set. However, the stronghold she had over the match never faded, breaking Garcia six times. She won three straight games twice in the first set to go up 6-1 and then rode a break she got at 2-1 to the end of the second set.

The Frenchwoman couldn’t find her mojo throughout the match, only able to claim about 40 percent of her service points and serving up 34 unforced errors. This translated to a quick match between the two, as the match wrapped up in 63 minutes for Svitolina’s straight-set victory.

“It’s never easy to play the home favorite, because obviously they give lots of support to the other opponent and not so much towards you,” the Ukrainian commented. “So in this way it’s tough, but in the other way I think it’s pressure from them, as well, to an opponent. I try to use it as advantage. I try to just think about that it’s they are trying to support me. I think this way it helps a little bit to keep your head into the match and to not focus so much what’s going on around you.

“I think I did really well today to not focus on what’s happening around. For sure they were trying to push her to come back into the match, but in the end, I was playing really good tennis. I think being really focused really helped me.”

Podoroska, on the other hand, had to survive some early scare. Krejcikova started out the match with two breaks to go up 3-0, and that was all she needed to hold on and grab the first set.

However, in the latter sets, it was Podoroska who showed the prowess to secure late breaks for the victory. In a closely-contested second set, the Argentinian broke to go up 4-2 and broke again to even out the set column. After exchanging two breaks apiece in the third, Podoroska broke the Czech in a love game to go up 5-3, and served out the match herself on her fourth match point.

“Well, for me it’s like a dream,” the Argentine assured. “Like I said the other days, I always dream being here, playing these kind of tournament, and for being my first time here is I am very happy.”

Hands up if you made history 🙌@nadiapodoroska becomes the first 🇦🇷 woman since 2004 to reach the quarter-finals in Paris, defeating Barbora Krejcikova 2-6 6-2 6-3.#RolandGarros pic.twitter.com/RvHpnTnysp