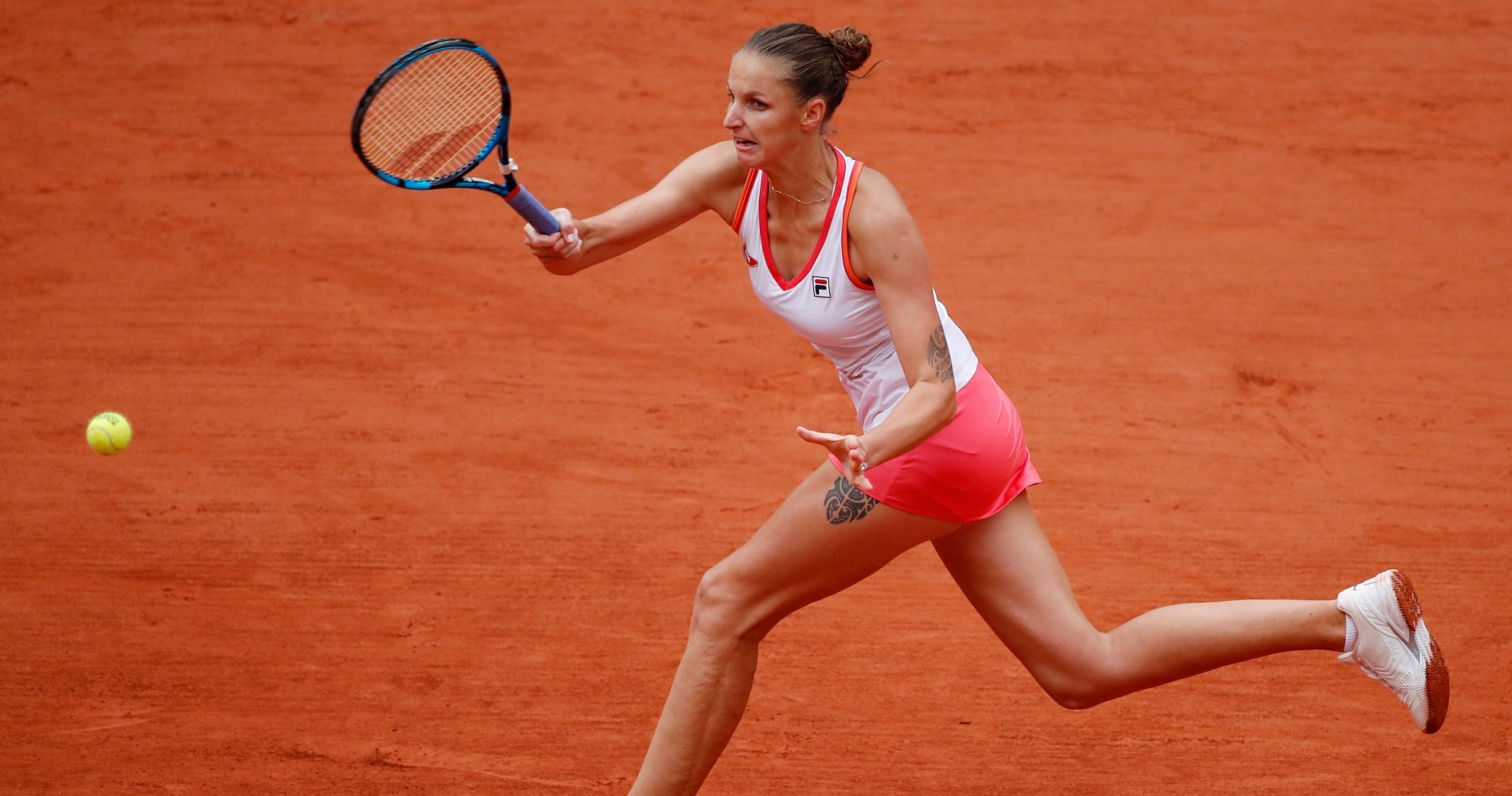 With the early defeat of Karolina Pliskova, Australian Open Champion Sofia Kenin was the highest seeded player remaining in the bottom half of the draw. But the fourth seed soon found herself in trouble, a set and a break down to Romania’s Ana Bogdan. But Kenin is one of the most resilient players on the WTA tour and drew upon her fighting spirit to triumph 3-6, 6-3, 6-2.

Third round 🔜@SofiaKenin fights back against Bogdan 3-6 6-3 6-2.#RolandGarros pic.twitter.com/DEsKultQQS

Two-time Wimbledon champion Petra Kvitova was another early starter and another expected to advance. And, unlike Kenin, there were no such scares for the Czech as she breezed past Italy’s Jasmine Paolini 6-3, 6-3.

It was an even easier ride for 8th seed Ayrna Sabalenka on what looked like a tough match-up on paper against Russia’s Daria Kasatkina, the Belarussian winning 7-6, 6-0.

And what price on Garbine Muguruza adding to her 2016 French Open title? She would surely be a popular winner and perhaps her challenge is gathering momentum after she comfortably dealt with the challenge of Kristyna Pliskova, winning 6-3, 6-2 on Suzanne-Lenglen.

It may sound strange to call it a surprise when a former champion wins a second round match, but since her 2017 triumph, Jelena Ostapenko has somewhat failed to live up to expectations. It was therefore somewhat of an upset when the popular Latvian sent second seed Karolina Pliskova packing in straight sets, winning 6-4, 6-2 in little over an hour’s play.

As soon as Ostapenko had won her match, many were already looking forward to her match against fellow slam winner Sloane Stephens. But Spain’s Paola Badosa had other ideas, coming through a highly-competitive encounter 6-4, 4-6, 6-2.

Another seed bit the dust as the day 5 action drew to a close, as 14th seed Elena Rybakina fell to Fiona Ferro. After being tied after two sets, Rybakina failed to hold a single service game in the third against the French world No 49, as Ferro put her away 6-3, 4-6, 6-2 behind a plus-16 winners difference.

Back to her best?

See the highlights of how @JelenaOstapenk8 dismantled Pliskova 👇#RolandGarros pic.twitter.com/QyvVBO6ecT

The battles of the day

It’s always a feisty encounter when compatriots meet at any round of a major tournament, but there was surely little to choose on paper between Germans Laura Siegemund and Julia Goerges out on court 13. And it was the conqueror of Kristina Mladenovic who eventually came through in a topsy-turvy encounter, winning 1-6, 6-1, 6-3.

Other matches to go the distance on day 5 included Leylah Fernandez’s 6-4, 3-6, 6-1 victory over Polona Hercog and the aforementioned wins for Kenin and Badosa.