Novak Djokovic played under the roof at Chatrier but his game stayed the same, overpowering Karen Khachanov. A rematch against Pablo Carreno Busta looms. 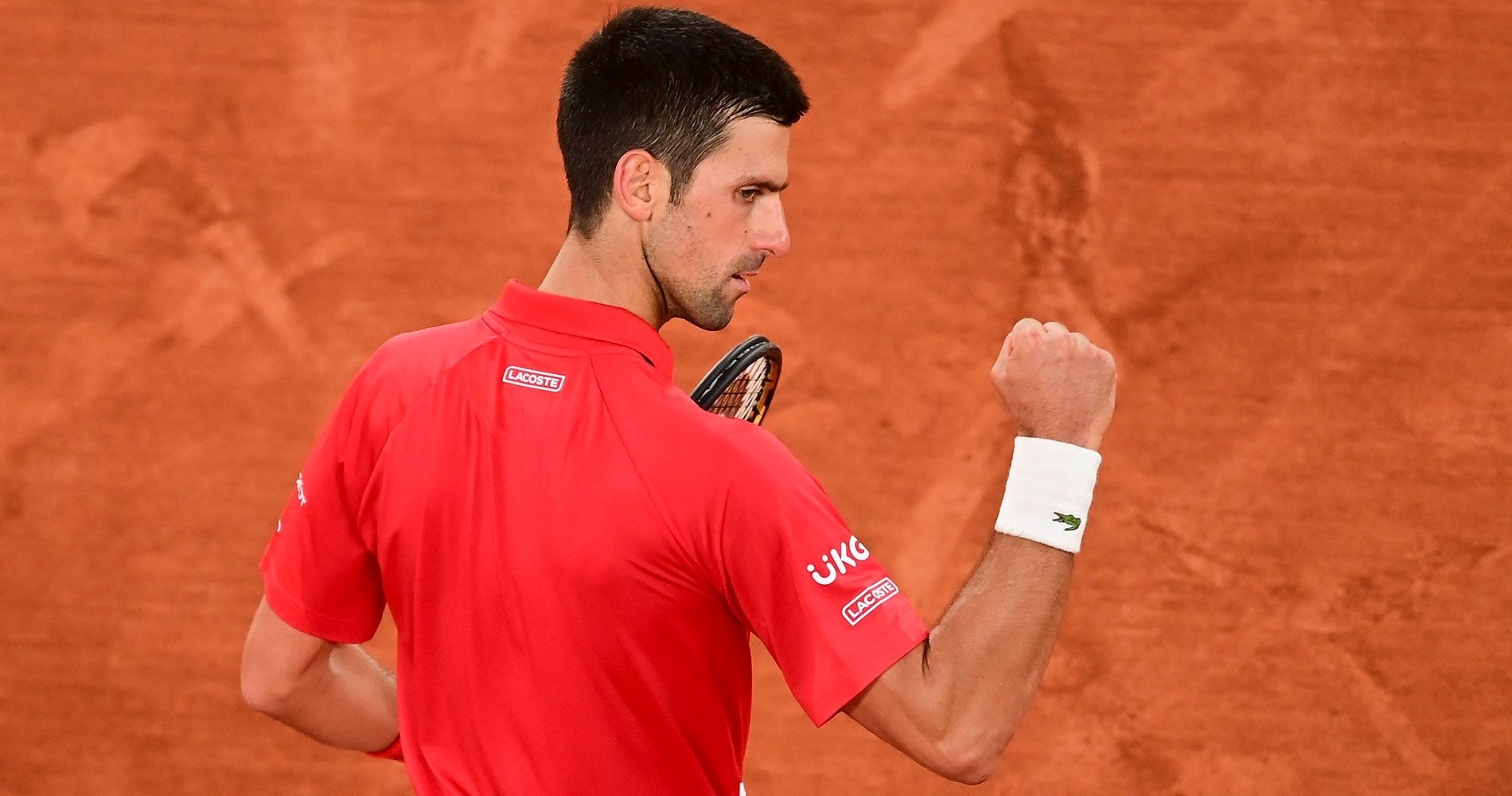 Novak Djokovic at Roland-Garros 2020 round 4

Both players in the men’s draw finished up their opponents in straight sets, with Novak Djokovic taking down Karen Khachanov 6-4, 6-3, 6-3 and Pablo Carreno Busta ending Daniel Altmaier’s run with a 6-2, 7-5, 6-2 victory.

The two will be set for a rematch after the round of 16 at the US Open, where Djokovic suffered his only loss of the year by default as he struck a linesjudge inadvertently with a ball.

Djokovic continued his majestic run at Roland-Garros, as the world No 1 still hasn’t dropped a set and the 6-4 first set was the closest margin he’s won a set in the tournament.

There was also a flashback moment for the world No 1, as a botched return off Khachanov’s serve hit a linesperson. It was a total accident, but sometimes you just can’t make stuff like this up after the US Open default.

Djokovic worked through a tough break to go up 5-3 in the first set, but was quickly broken back by Khachanov. The world No 1 was here to stay, though, as he broke right back again for the first set.

The second set went smoother, with Novak finding a break to go up 3-1, and closed out the set 6-3 on his fifth set point. In the third, the duo split a break each, but it’s Djokovic who turned on his game late, winning four straight to finish out the final set 6-3.

Pablo Carreno Busta and Daniel Altmaier had to wait until the conclusion of Sofia Kenin-Fiona Ferro to take the court, and the Spaniard looked sharp to start despite the delay. He won four straight games against the qualifier Altmaier to secure a 6-2 set.

The second got close, with Altmaier breaking and having a chance to serve for the match at 5-3. However, it was Carreno Busta who won five straight games down 5-2 to take a commanding lead. He then extended that streak to nine games in the third set to round out the three-set victory.

“Carreno Busta is someone that is obviously very solid,” Djokovic assured. “I think he actually improved his game in the last 12, 15 months on all the surfaces. I mean, playing semifinals in US Open proves it. I know he has done it before. He’s climbing the rankings again.

“He won slams or played finals in doubles, as well. Has very good hands; great return — puts you under a lot of pressure. He moves very well. Obviously, as all the Spanish players, he grew up playing on clay even though probably his game fits the hard court, kind of slower hard courts, the most. He’s had some impressive wins lately, last round against Bautista, his good friend.

“Look, maybe these kind of conditions also fit him nicely because the ball doesn’t bounce too high, he plays quite flat from both corners. He actually likes slower surface. Similar to Bautista, he waits for the opponent’s mistake, but he can also come in, step in, play backhand down the line. He’s a very complete player.”