Stefanos Tsitsipas progressed to the French Open fourth round, as did qualifier Daniel Altmaier after shocking Matteo Berrettini. Andrey Rublev and Marton Fucsovics also advanced and will face each other on Monday. 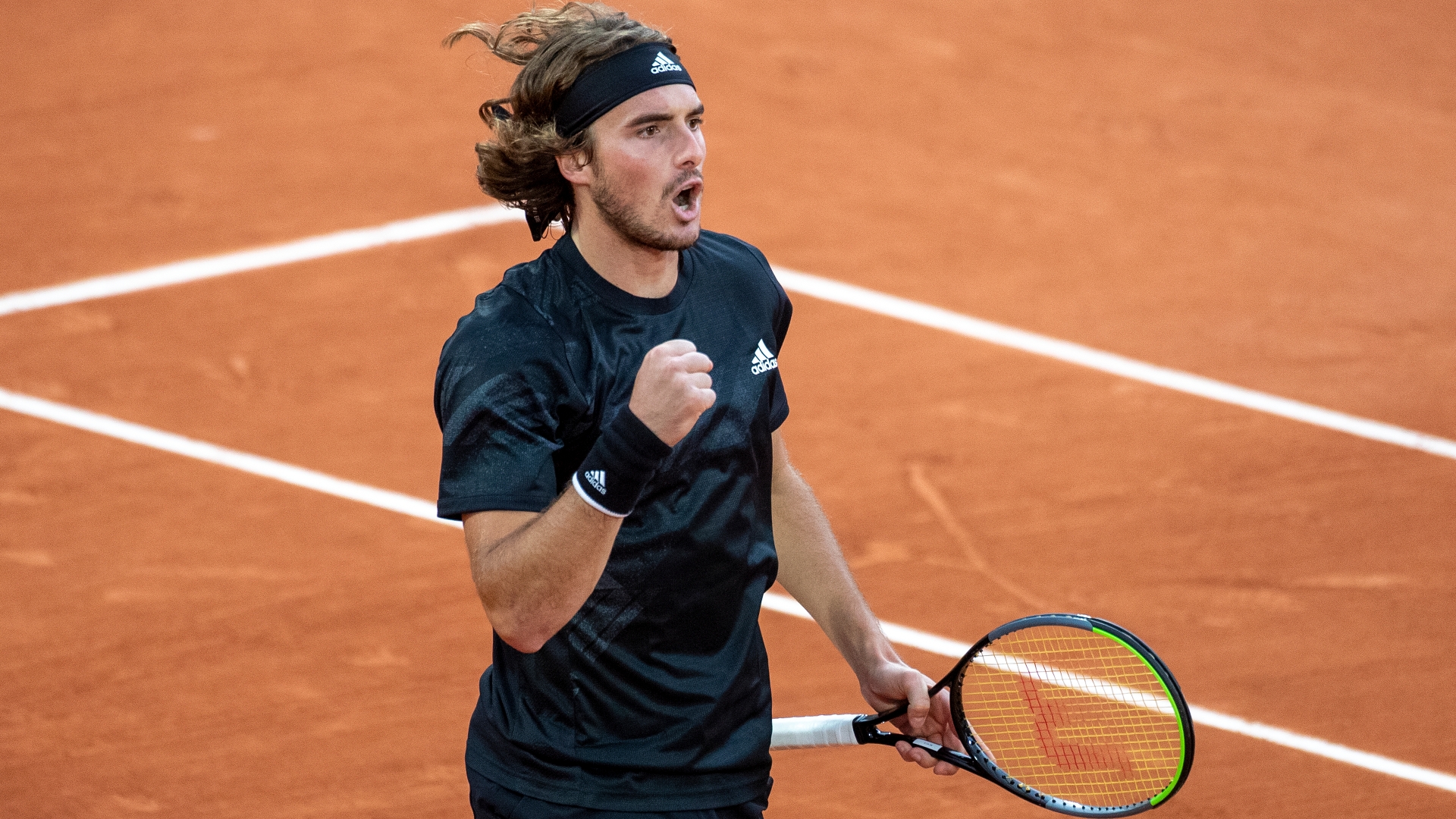 Stefanos Tsitsipas claimed his 25th win of the year to progress to the last 16 of the French Open. The fifth seed became the first Greek player to reach this stage at Roland Garros on multiple occasions after overcoming Aljaz Bedene. Tsitsipas and Grigor Dimitrov will meet for the first time in the fourth round, with each having had curtailed time on court on Saturday as their respective opponents retired.

Marton Fucsovics set up a showdown with in-form Andrey Rublev, but the day arguably belonged to Daniel Altmaier, whose remarkable run continues after he dispatched world number eight Matteo Berrettini.

Tsitsipas barely broke sweat as he advanced to the last 16, with Bedene retiring with a foot problem in the third set. The pair had only been on court for 80 minutes, Tsitsipas having taken a commanding 6-1 6-2 3-1 lead against the clearly hampered Slovenian.

While the match inevitably lost a level of intrigue, the same cannot be said for Tsitsipas at these finals. The 22-year-old, whose personalised face masks have been a hit at the championships, has also made a point of keeping his media duties interesting.

Perhaps that comes in part from the young Tsitsipas’ journalistic background.

“I was a journalist when I was 11, 12 years old,” he explained. “I had this Facebook page, which I very often updated with news about Roger Federer, Rafael Nadal, Novak Djokovic. I was really into it. Every day after school I would check the results, check the current, latest tennis news. I would update it. It was a lot of fun, I enjoyed doing it.

“Journalism and press and media, I love this a lot. I do understand how it operates, how it works. So for me, you know, I’m a tennis player, and if something works, I’m on the court the next day  trying to do the same thing. For me sometimes there isn’t really much for me to say tactical-wise or match-wise because I’m just trying to follow the things that have been working for me.”

Tsitsipas will now meet Dimitrov, who had even less time on court against Roberto Carballes, the Spaniard retiring at 1-6 3-6 down with a little over an hour played.

It is the first time Dimitrov, a semi-finalist at each of the other majors in his career, has reached the second week in Paris.

ARE YOU NOT ENTERTAINED?

Altmaier produced the finest two hours and 15 minutes of his career as he defeated Berrettini, a semi-finalist at last year’s US Open, in straight sets.

“My coach and I have been working so hard to be here, and while I’ve struggled with a few injuries, I am super-pleased it’s at Roland-Garros,” said Altmaier, who is just the fifth qualifier since 2000 to reach the last 16 of a men’s slam. “Before qualifying, I was struggling with an injury, so I wasn’t sure I was going to play. I hope the crowd and the TV audience enjoyed watching, as I want to entertain.”

Next up for Altmaier will be Pablo Carreno Busta – himself a US Open semi-finalist just three weeks ago – after he beat compatriot Roberto Bautista Agut 6-4, 6-3, 5-7, 6-4 in three hours and 22 minutes.

Rublev’s winning streak stretched to eight matches as he made light work of big-serving Kevin Anderson, winning 6-3 6-2 6-3 in just 94 minutes.

Rublev will now face Fucsovics, who beat Brazil’s Thiago Monteiro 7-5 6-1 6-3. It will be their first meeting since the 2017 Davis Cup, when Fucsovics fought from two sets down to help Hungary to a 3-1 victory.

“We were different players,” said Fucsovics. “Right now he’s just about to break in the top 10. I got more mature. I have more experience. I’m fit now, fitter than ever. I’m looking forward to playing a good match against him, try to break through finally to the quarter-finals.”

Marton Fucsovics becomes the first Hungarian man to reach the round of 16 at @rolandgarros since 1984! 🇭🇺 pic.twitter.com/MdOFkjf5F5