Home » News » Roland-Garros » “He was coaching me literally, and I found that very cute” – Djokovic gives racquet to kid who encouraged him throughout Roland-Garros final 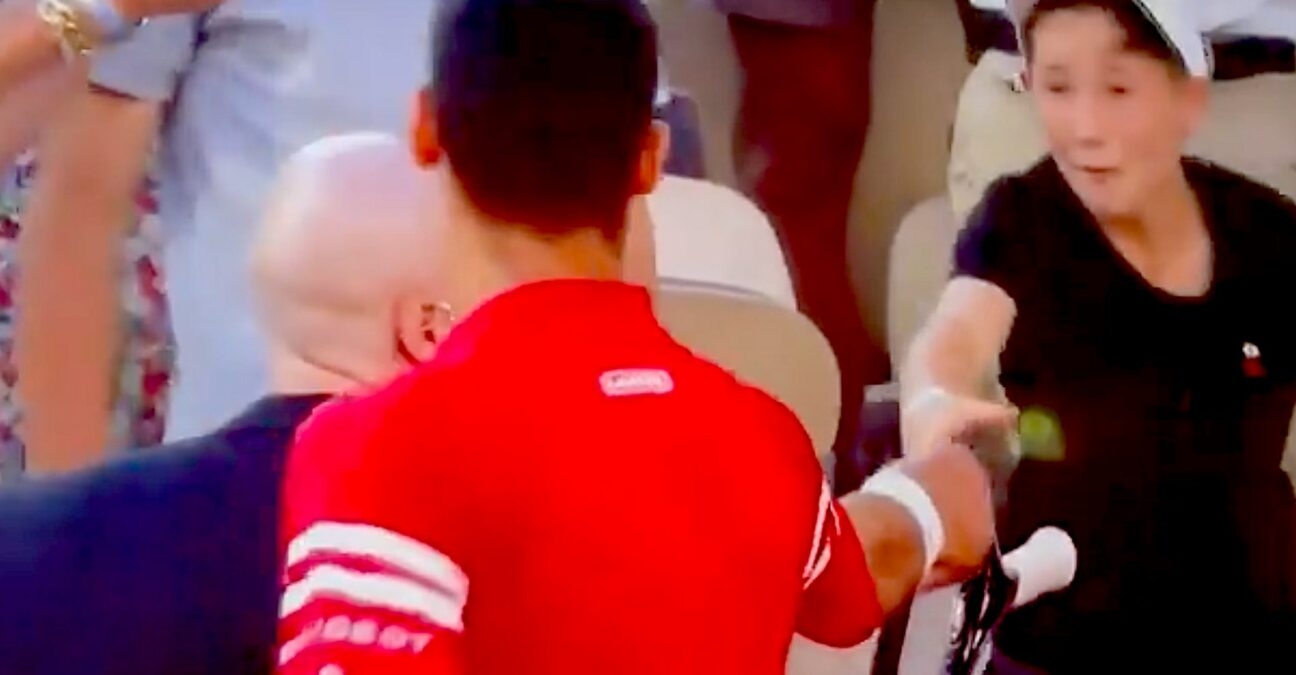 One of the most stirring images coming from Roland-Garros on Sunday’s came after the thrilling five-set final between Novak Djokovic and Stefanos Tsitsipas. While images of the Serb lifting a 19th Grand Slam title and those of a dejected Tsitsipas were along expected lines, the image of Novak Djokovic giving a young 10-year-old boy his Head racquet turned out to be the one that went viral.

After claiming his second Roland-Garros title and 19th overall Grand Slam title, the video of Djokovic and the young boy, posted by Darren Rovell, a well-known sports business analyst in the United States, became a major talking point.

Since Sunday, the clip from Rovell has been viewed well over 1.5 million times on Twitter besides other clips of the boy racking up several hundred thousands of views on other social media handles.

After getting the racquet from Djokovic, the young boy is seen ecstatically jumping on his feet for quite a while much to the amusement of those around him.

Djokovic, who came from two-sets-to-love down to defeat Tsitsipas in Sunday’s final, was asked during his press conference whether he knew the boy. The Serb revealed that he did not know the boy personally, but added that the youngster had been encouraging him throughout the final and even advised him on how to beat the Greek.

“He was in my ear the entire match,” said Djokovic, “especially when I was two-sets-to-love down. He was encouraging me. He was actually giving me tactics as well. He was saying hold your serve, get an easy first ball, and then dictate, and go to his backhand. He was coaching me literally. I found that very cute and very nice. I felt like he was the best person to give the racquet to after the match. That was my gratitude for him sticking with me and supporting me.”

While Novak Djokovic had a fortnight he will never forget, becoming just the third player in history of men’s tennis to win each of the four majors twice, the young boy also had a day that he is unlikely to ever forget himself. 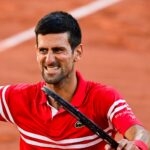