Nadal fends off Schwartzman for his 13th Roland-Garros final appearance

Rafael Nadal turned on the style against Diego Schwartzman in the first semi-final of the day, as the King of Clay dispatched his opponent in straight sets. 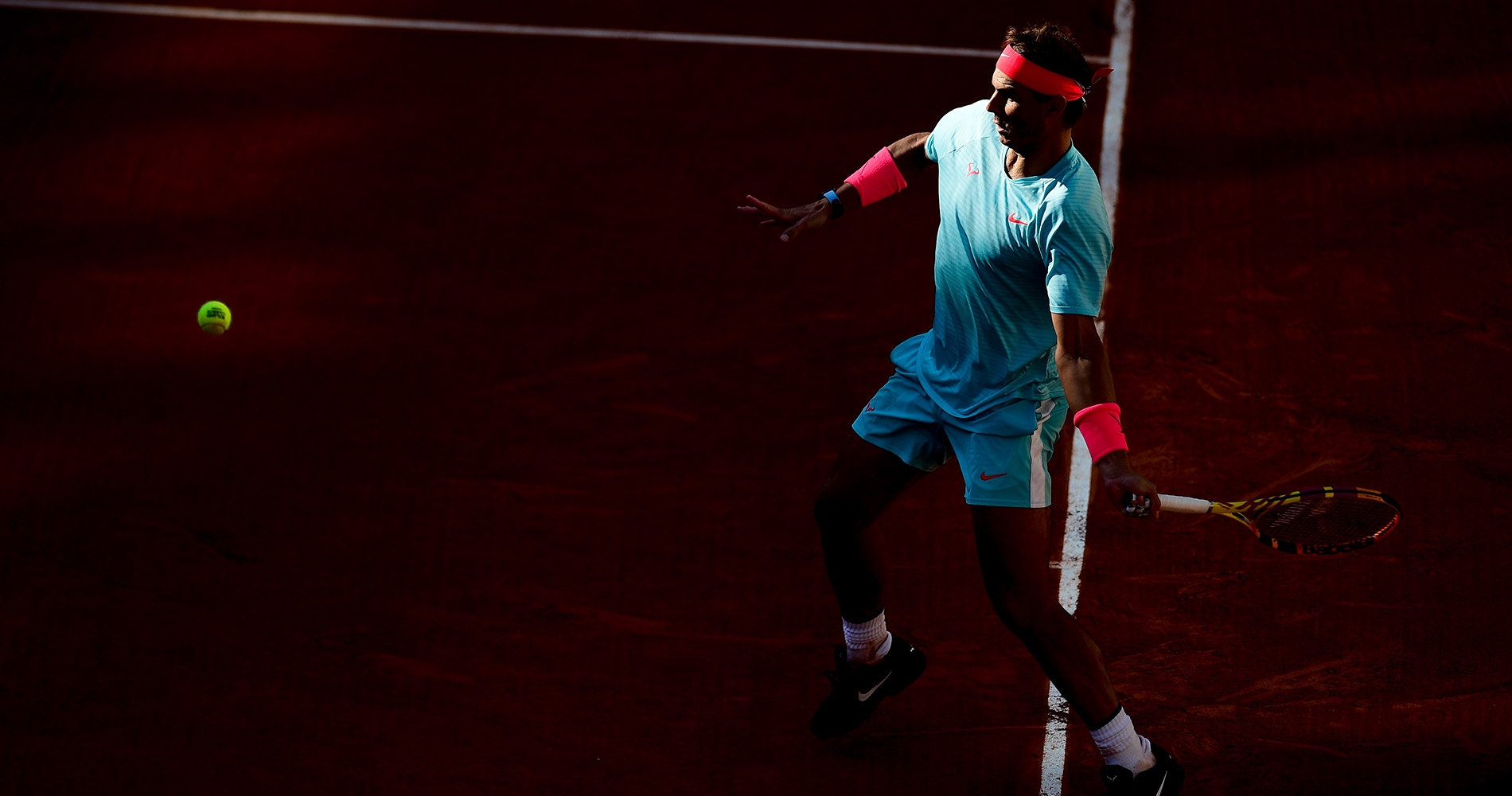 It was business as usual for Rafael Nadal, as the 12-time Roland-Garros champion outmuscled Diego Schwartzman 6-3, 6-3, 7-6(0) to play for La Coupe des Mousquetaires at Chatrier again for the 13th time.

The Spaniard’s effectiveness in his second serve (53 percent points won) and more clinical performances in break points (9/12 saved, 6/9 converted) carried him to the win, while Schwartzman’s 24-47 winner-to-unforced error ratio didn’t help either.

“I think different scenario, first of all. Second thing, I think I am little bit more prepared here, no? Rome have been my first event after six months, and was the first challenge against Diego.”

“Today I think the experience of Rome help me in some way because I was able to take a look on the match, to analyze the things that worked well and things that, of course, didn’t work. Have been most of them, no?”

“We tried to go on court with a plan, with the right determination. In some way I think I played tactically the right match. I think at the half of the first set I make a couple mistakes tactically and of course technically. But in general terms, I am super happy about the match. Have been an important victory for me against a very tough player. To win against Diego, you have to work a lot and you have to play well for such a long time.”

The first set started off with a marathon game that lasted more than ten minutes, and that truly set the tone for the set after four deuces. It’s followed by two Nadal breaks and a Schwartzman break, but the Spaniard was able to round out the set by holding off a break point. Despite it being a 6-3 set, it took a colossal 67 minutes to finish.

Nadal was able to use high balls effectively against the five-foot-seven Schwartzman, forcing him to contort and take balls at unfavourable angles. The No 2 seed also was better in the long rallies, which often lasted 20-plus shots, as he preyed on his opponent’s mistakes. The Argentine, on the other hand, tried to establish a favourable position earlier on in the points, but those attempts were often in vain as he struggled in the accuracy department for those big points.

The King took over

Nadal continued to pile it on against Schwartzman in the second, finding an early break to go up 2-1 before breaking again to end the set 6-3, this time in only 44 minutes.

The third set saw a few more back-and-forth breaks in the heart of the set and ultimately resulted in a tiebreak. Nadal swept through Schwartzman in the third set tiebreak 7-0, as he awaits Novak Djokovic on Sunday.