Day 2 of Roland-Garros saw a number of upsets on the men’s side, with top seeds like Daniil Medvedev and Gael Monfils dropping out early. 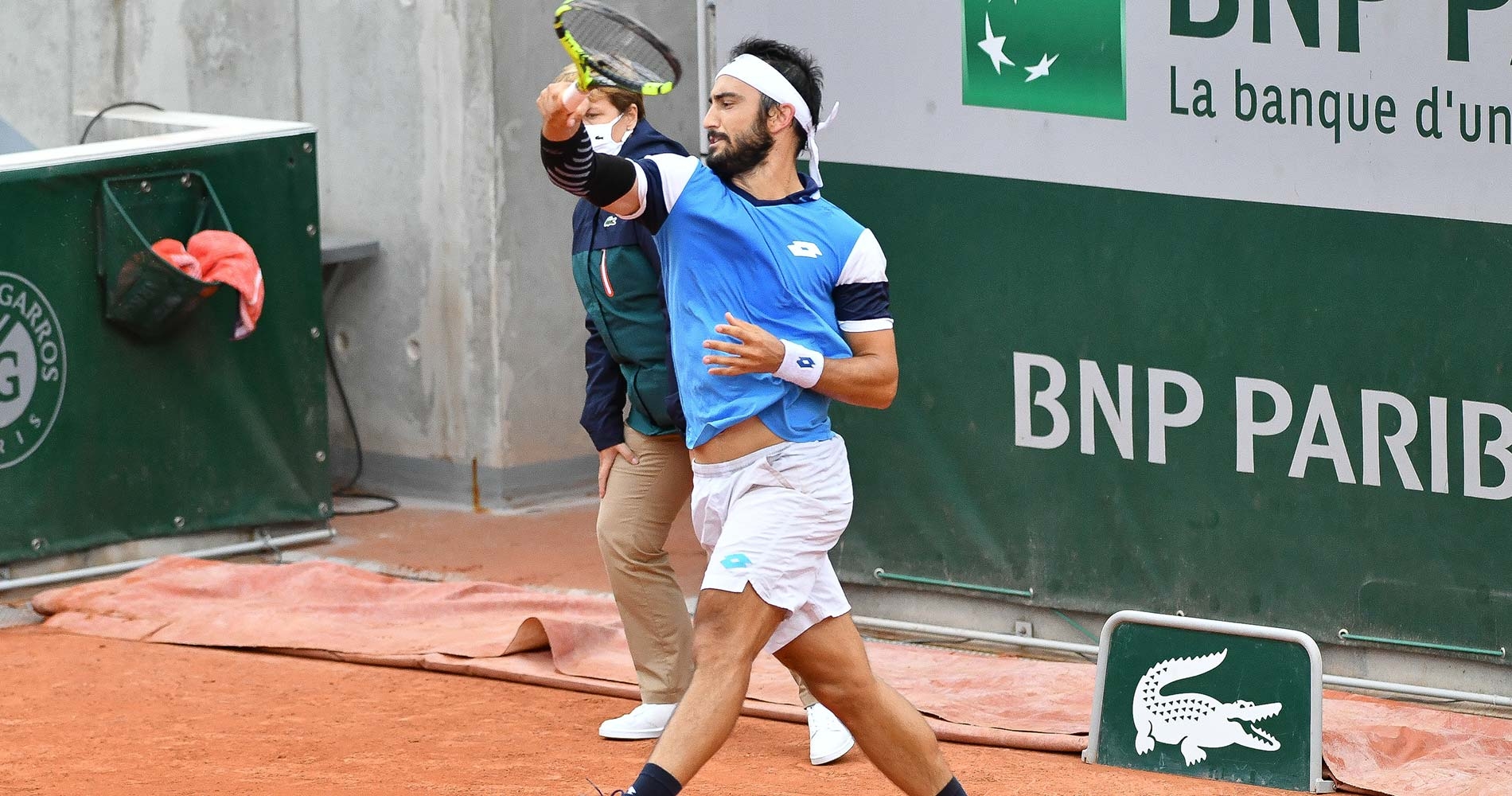 Day 2 of the Roland-Garros proved to be more surprising than day 1, with a series of upset, especially on the men’s side. Favourites like Dominic Thiem and Rafael Nadal got through with ease, but we also saw players like Daniil Medvedev, Gael Monfils and Felix Auger-Aliassime exit in the first round.

It’s more predictale on the women’s side, though, as players like Petra Kvitova, Kiki Bertens and Serena Williams all made their way through to the second round, with smaller upsets like 2019 quarter-finalists Madison Keys and Marketa Vondrousova bowing out early.

Here are the updated men’s and women’s draw after another day in the brisk and rainy capital of France.

The woman of the day: Garbine Muguruza

It took the No 11 seed a while to clinch the win, as the three-setter ended up going just over three hours. Muguruza was able to avoid the upset against tamara Zindansek by prevailing 7-5, 4-6, 8-6. The Rome semi-finalist will face Kristyna Pliskova in the second round.

This kind of matches like they toughen you up, no?

The man of the day: Marton Fucsovics

The man of the day is also the upset of the day, as Fuscovics kept fourth seed Daniil Medvedev winless in the Roland Garros main draw for another year with a 6-4, 7-6(3), 2-6, 6-1. He also clinched his first top-10 victory in his career. Medvedev literally gave away the second set at match point for smashing his racquet, and got ran over in the fourth set to continue his clay struggles.

He never won a match at #RolandGarros

The match of the days: Giustino outlasts Moutet

The news of the day: Giustino’s time and earnings

Two more pieces on the six-hour tennis match that spanned two days. Giustino made a name for himself, but also some money and accruing crucial clay experience.

(He ended the year with 9 consecutive losses) https://t.co/O5GugOMmy1

The surprise, obviously, is 19th seed Felix Auger-Aliassime bowing out in the first round, but it’s also how the lefty Japanese bothered the Canadian at his game. By keeping FAA’s big shot at bay, he was able to control the the match and take the 7-5, 6-3, 6-3 victory.

The picture/GIF of the day: Nadal’s kicks

Ah, yes, as if we needed any reminder on how many of those Coupe des Mousquetaires Nadal has within a blue fire emoji.

The quote of the day: Giustino spotting the rare supporter

The Giustino-Moutet match, of course, is the talk of the town and attracted quite the number of audience for a smaller court, be it the 1,000 spectators allowed in, or the players and coaches in the bubble. Most of them are French, though, and he did feel a bit “intimidated.”

“I think all coaches, all players, a lot of coaches were out there trying to watch the match with us because, I don’t know, I was playing and I heard a lot of guys who were going for the French, of course, so I was in a little disadvantage, how about that?”

“Well, I was focused to play, you know? I saw, I don’t know, Cecchinato, maybe, I don’t know. Because I saw people who was like trying to give me energy and I thought, okay, this guy is not French for sure (laughing) he’s somebody that I know him.”

The point of the day: Bublik’s back

Let’s keep it simple here. Alexander Bublik upset Gael Monfils in the first round, and served up one of his specials along the way against the trick-shot master himself.

The first round matches will be rounded out by the end of day 3, barring another six-hour match that spans over two days. The remaining of the top seeds will play, and it will be interesting to see if it follows the mellow trend of day 1 or the mild chaotic trend of day 2.