Day 9 at Roland-Garros was bogged down by inclement weather, as consistent late rain forced schedule reshuffling and a late second-week night. 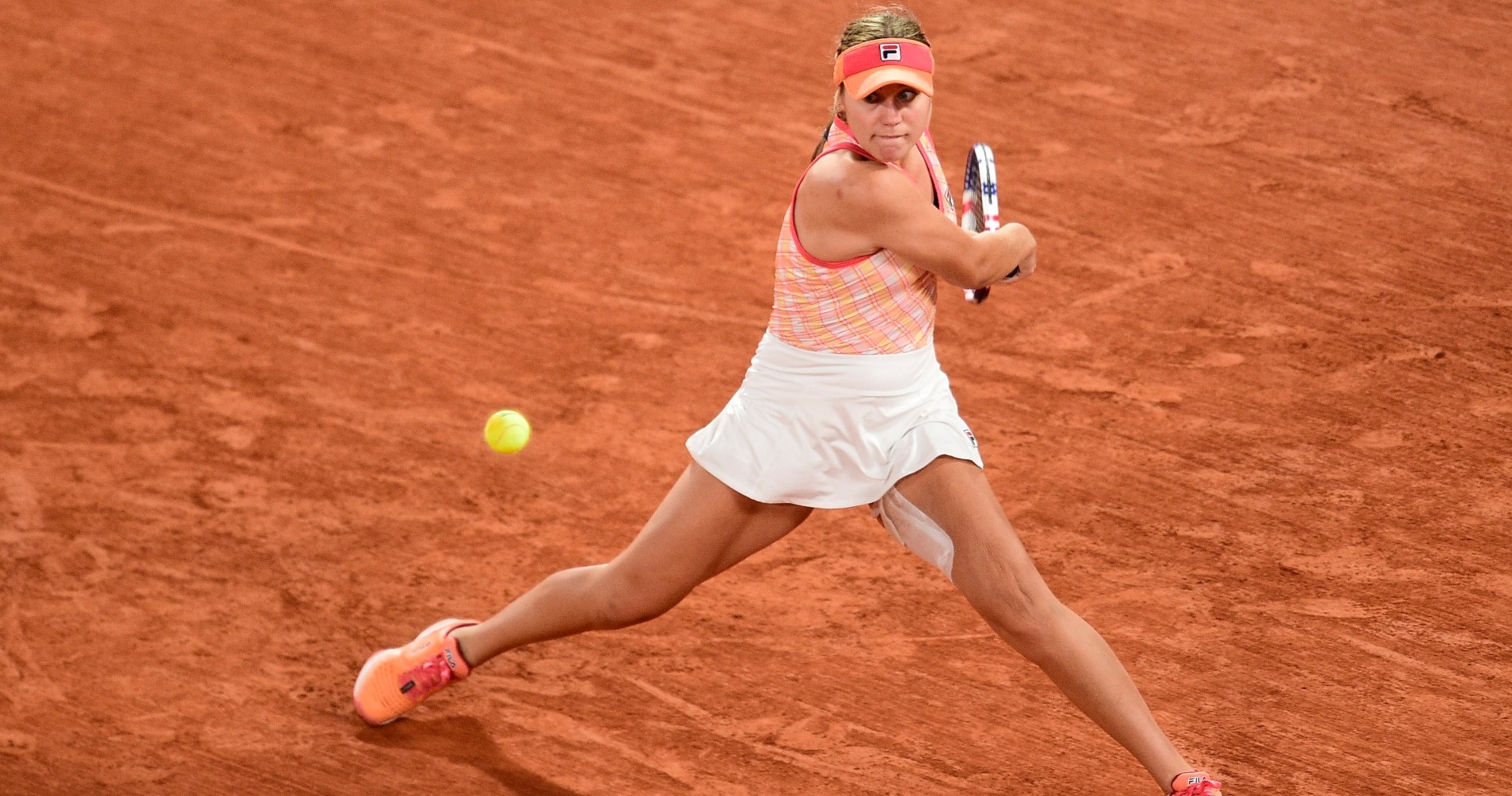 The main storyline on Monday at Roland-Garros was definitely the performance of top contenders on the women’s side, namely Petra Kvitova and Sofia Kenin. As top seeds and players were dropping like flies in the first week of the tournament, they were able to trudge on into the quarter-finals in a wide-open draw.

This is where the men’s and the women’s draws currently stand as stakes are further raised.

Man of the day: Tougher opponent, same result for Djokovic

Novak Djokovic continued his strong run of form at Roland-Garros and throughout 2020 with another straight-set win to take down Karen Khachanov 6-4, 6-3, 6-3. The Serb had to overcome some service inconsistencies early on but managed to hold on to his impressive record in Paris this year, not dropping a single set so far.

The next match could be interesting, though, as the world No 1 will have a rematch against Pablo Carreno Busta, who was playing excellently against Djokovic before being the beneficiary of the infamous default at the US Open.

Woman of the day: Kenin comes back

Sofia Kenin broke down crying following her hard-earned victory against Fiona Ferro, clearly overwhelmed by emotion and having to dig deep to keep her French Open hopes alive against Fiona Ferro. As the American struggled to find the footing to start — dropping six straight games in the first set — she had to overcome the demons of her Rome loss to Victoria Azarenka, in which she simply let everything slip.

She did just that, as her increased aggression put away the only French player left in the draw. 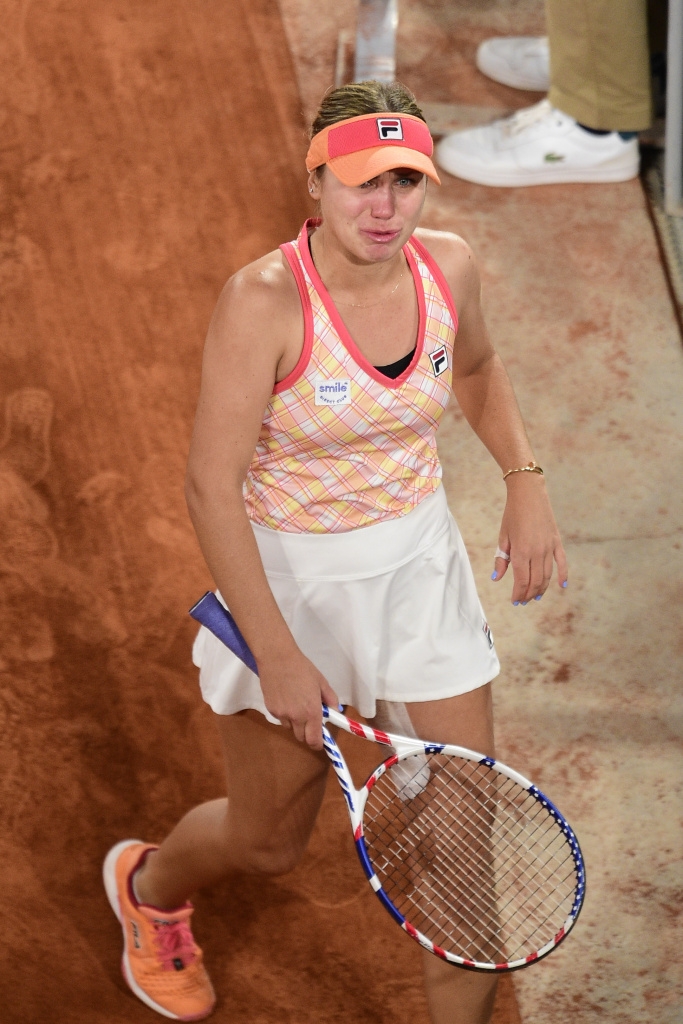 Despite the scorelines of each set looking pretty one-sided, the ups-and-downs of this 2-6, 6-2, 6-1 match made it deserving of the match of the day title.

After the horrific start that saw Kenin give away six games in a row, the No 4 seed was in another tussle to start the second with a couple of back-and-forth breaks. However, as her aggressiveness turned up and her father/coach Alex Kenin encouraging her from his front-row seat, the American won four straight games to cement a 6-2 set.

Set three saw the confident and strong Kenin that had been on display at the Australian Open. She ran off to a 4-0 lead without playing a single deuce, and rounded out a victory of which she can be extremely proud.

The controversy that encompassed Roland-Garros yesterday has gotten some resolution, as Alexander Zverev, who admitted to playing his match against Jannik Sinner with a fever and struggled to breathe.

A public health crisis is perhaps averted as Zverev took his obligatory test every five days and got a negative result. However, the protocol would still very much be in question with players like Shapovalov complaining about the bubble not being in tact and now this. 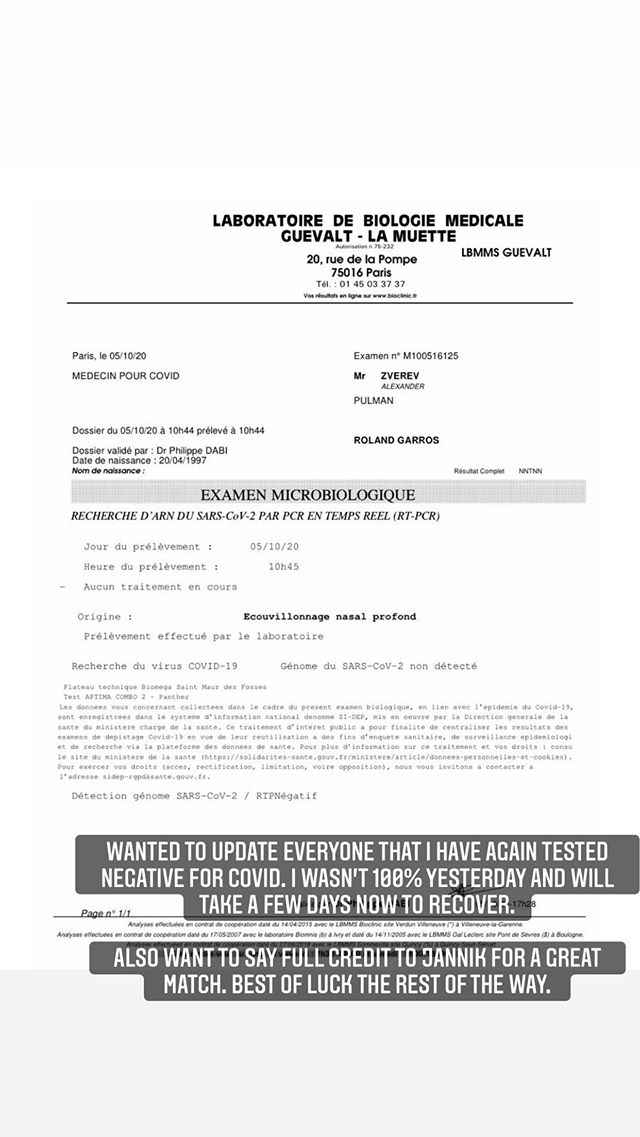 Shot of the day: World No 1 for a reason

This is the point where Djokovic toyed Karen Khachanov around, showing his prowess in front of the net and dictating play.

Picture of the day: Enemies in close quarters

After Kenin struggled in the first set, her father — who also doubles as her coach — made a move down the stands to a spot right by the court; in fact, right next to where Ferro’s coach, Emmanuel Planque, was seated

Her dad did get some gripe and soft warnings for coaching in Russian from the box, but it ultimately ended up helping Kenin en route to her victory.

Here is here response when she was asked about it in the post-match press conference.

“Well, first of all, I mean, I don’t know, like, why her coach sat in that section. On the right, it’s the higher seed. I would imagine that he would be sitting on the other side. I didn’t really understand why he was sitting there.

“Yeah, I mean, my dad sat there. He tried to help me, so I’m not going to — I really don’t know what I can really say about that. I don’t know what to say. I mean, he just sat there and it worked. There’s nothing much to discuss about that. I mean, motivating me, helping me when I was losing, still trying to help me. Obviously not telling tactics, which is what the ref was telling me, that he’s coaching me, which he wasn’t. I even told her, All he’s saying is motivation. She is like, Yeah, yeah, I know he’s saying motivation things. I just couldn’t deal with that right now. Yeah, he’s there supporting me. He obviously wants me to win and wants the best for me.” 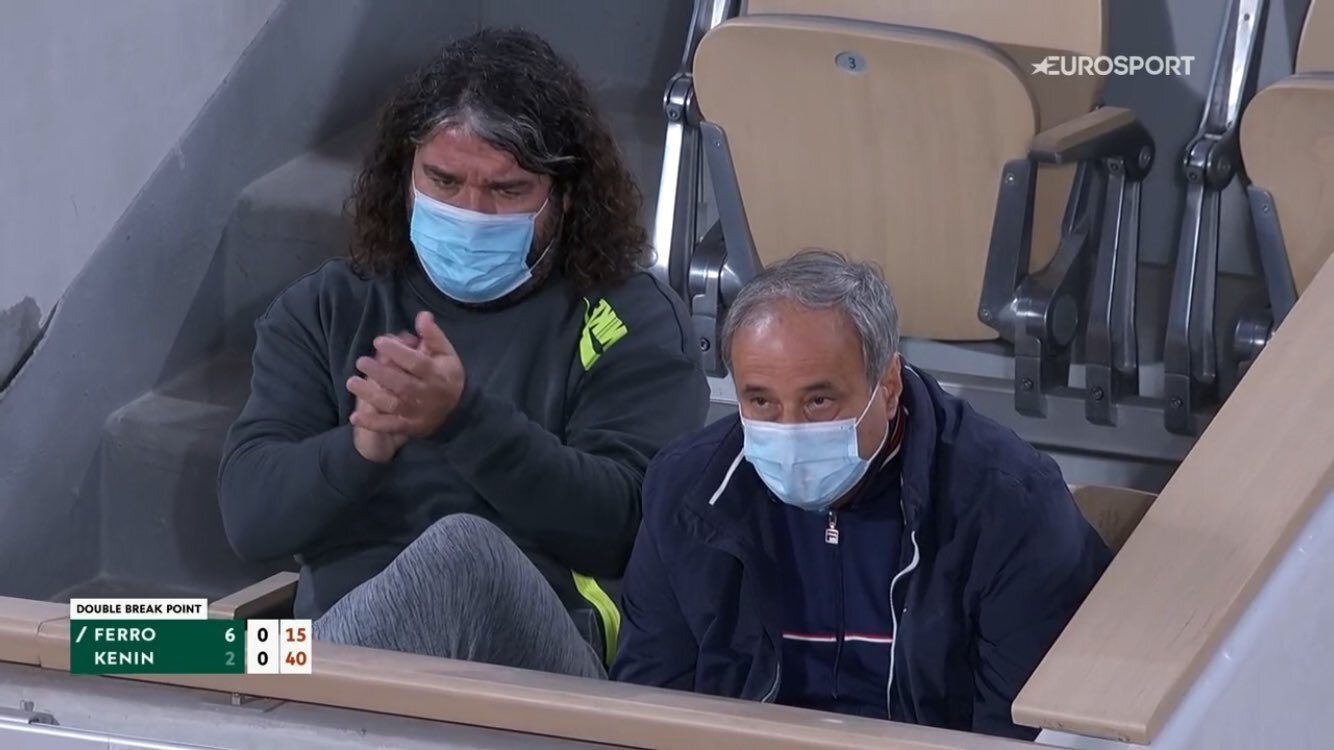 Quote of the day: Happy tears

Kenin was in tears following her victory over Ferro.

“Yeah, I was just super proud of myself. Yes, there was a lot of emotions. I was just super happy that I won. Like, the crowd wasn’t the best, which is understandable, but still I wish it would have been a little bit different. Yeah, I’m like super happy that I’m in the quarters. I usually don’t play really good on clay. In the past in juniors, I really hated the clay. Last year I started to like it for the first time.

“I’m just super proud of myself. I feel like I’m playing really well.

“Yeah, emotions of different stuff. Obviously the crowd wasn’t for me. It was obviously tough on me. Yeah, I was obviously happy. Quarterfinals; I obviously wanted to win. Yeah, just emotions about that. Of course joy. I was super proud of myself. I wish I wouldn’t have cried. But, yeah, like I said, it was a lot of emotions.”

Day 10 will be when the quarter-final matches start, as well as locking in the final QF spot in the women’s draw with the match between Ons Jabeur and Danielle Collins pushed back.