Carla Suarez Navarro’s comeback match ended in defeat, but not before a valiant effort on Tuesday night at Roland-Garros. Playing her first match in more than a year, Suarez Navarro lost to Sloane Stephens in three tight sets. 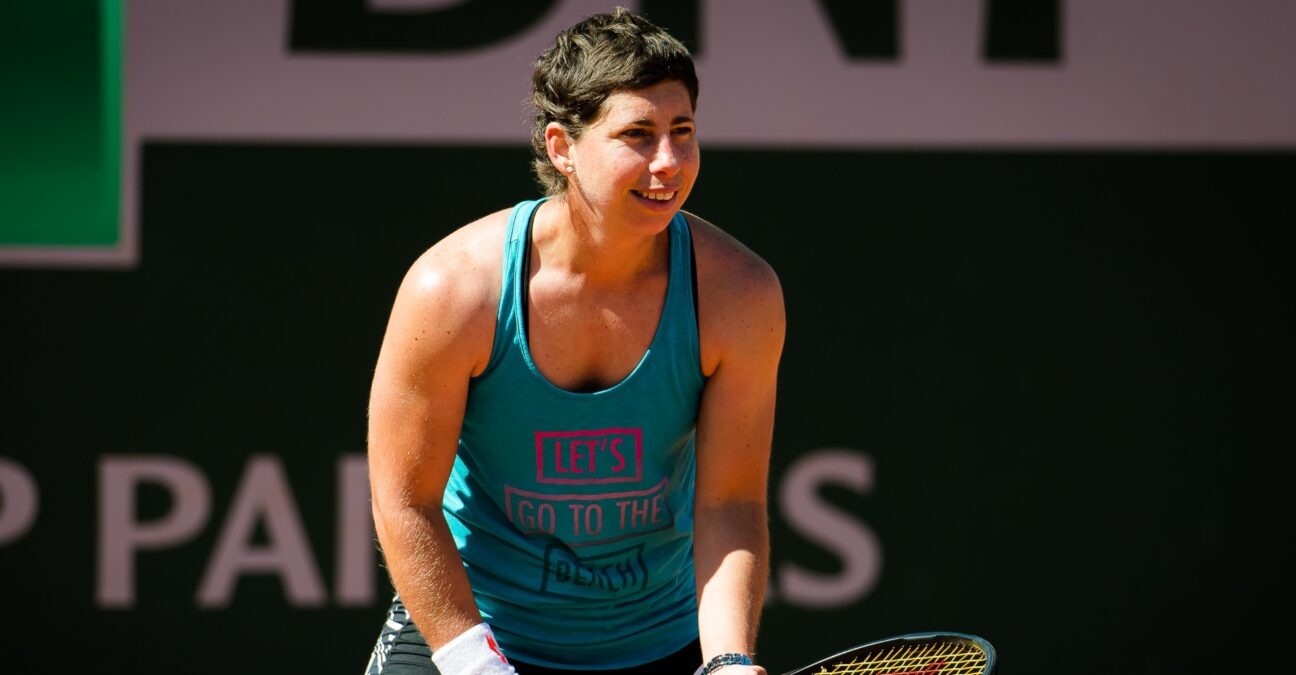 Carla Suarez Navarro at Roland-Garros in 2021

In her comeback match after recovering from Hodgkin’s lymphoma, Carla Suarez Navarro put up a valiant fight but lost to Sloane Stephens 3-6, 7-6(4), 6-4 in round one of the French Open on Tuesday night.

It was the last match of the day, taking place after the French curfew of 9:00 and therefore without any fans. They missed Suarez Navarro’s final match at the French Open, as she plans to retire at the end of the year.

And they missed a competitive, emotional contest.

Playing her first match in one year and three months, during which she was undergoing treatment, Suarez Navarro came out firing and led Stephens by a set and a break. The Spaniard even served for victory at 5-4 in the second — and was two points away from winning at 0-30 — but could not get across the finish line. Stephens broke back for 5-5, forced a tiebreaker and won it, and then took the third by breaking her opponent three times. Suarez Navarro twice broke back in the decider, but she was struggling physically at the end and could not come up with an answer when Stephens served for the match at 5-4.

The American finally triumphed after two hours and 25 minutes.

“Was a long time (being out); really tough moments,” Suarez Navarro reflected. “But every time I had on my mind that I want to be here; I want to come back. Roland-Garros is one of my favorite tournaments, so [it was] really clear that my first tournament will be this one.

“I tried to prepare myself for my best tennis that I can. Obviously I need more time, but I think I had a good time this week practising; I had good level [in] my match. Of course I feel tired at the end. I know that if I don’t close the match in two sets, it will be so difficult for me.

“But I’m really proud, too, of myself and really happy to have the chance to play here one last time.”

“Obviously Carla is a great player,” Stephens commented. “She’s been through a lot and we’re all happy that she’s better and healthy and being able to play again, which I think obviously is the most important thing. She’s obviously been a staple on tour for so long. We all love her and love having her around. I think that was nice to see her, nice to see a familiar face after the pandemic and everything she’s been through.”