Thiem sets up Schwartzman matchup after surviving classic against Gaston

Dominic Thiem continued his run after winning his first Grand Slam but he had to dig deep to fend off Hugo Gaston before a match against Diego Schwartzman. 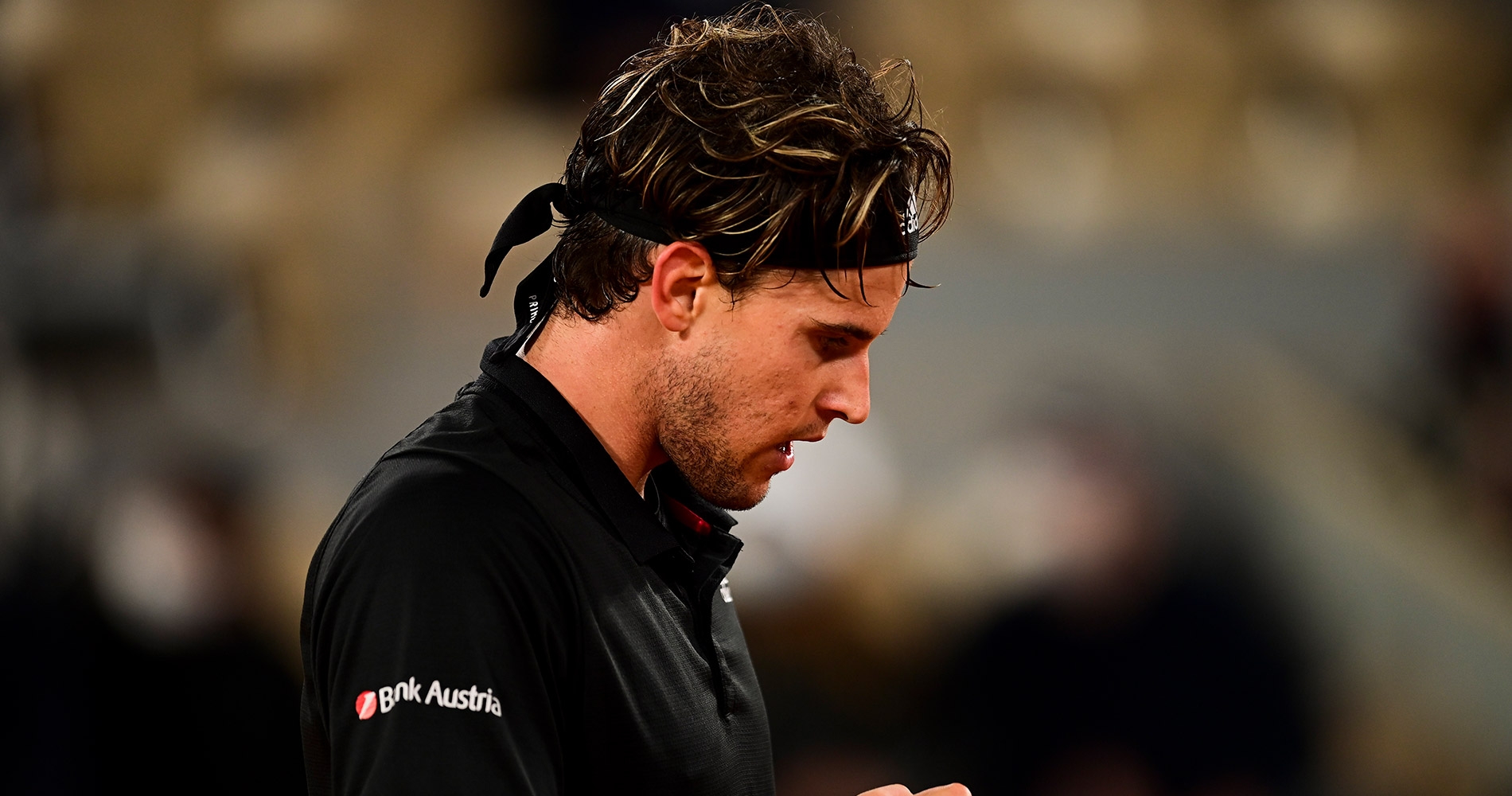 Dominic Thiem at Roland-Garros 2020 fourth round

The first two sets were extremely tightly-contested, but Thiem showed his prowess in navigating through tough games and find the necessary break to get through. The world No 3 broke in the seventh game and the fifth game respectively in the first and second set, and did not let up a single break point after to grab the first two sets 6-4.

The one-break margin continued throughout the match, but it was Gaston who took over at the tight margins this time. After exchanging a break at set three, the Frenchman broke Thiem in the final game of the set to win 7-5. Gaston then rode the momentum into the fourth, where he broke the Austrian early on to go up 3-1, and carried that into a 6-3 win to tie up the score.

Thiem survived after the two sets, though, as he headed into the fifth set by reversing the course and finding a break to go up 5-3 and serve for match. The attempts by Gaston to shorten the points by playing drop shots failed at the end, as Thiem ended up on top by way of a 6-3 final set.

“I think the first two sets were pretty close already, and then I missed I think third set 4-all this forehand at break point that could have been the match maybe,” Thiem reflected. “Then the momentum changed. He was playing a great match. I mean, I haven’t seen for a very long time a guy with that great hands, playing that great drop-shots. I mean, I think also on pretty deep, heavy balls of mine he played great drop-shots.

“I had my troubles; I didn’t find great answers to that drop-shots. And then somehow all of a sudden it’s like two sets all. I think it was a great atmosphere, even though was far away from [a full] stadium. But it was a great atmosphere. Everything could have happened in that fifth set. I guess with a little bit more experience I pulled it through.”

Schwartzman was in control early on in the match. Despite dropping two service games in the first two sets, he was largely effective against Sonego’s serve, breaking him three times each set to take a commanding 2-0 lead in sets.

The Argentinian booked his quarter-final spot with a clutch run in the third — after falling behind a break at 4-3, he won three straight games to follow and broke Sonego twice to match his best Grand Slam result.