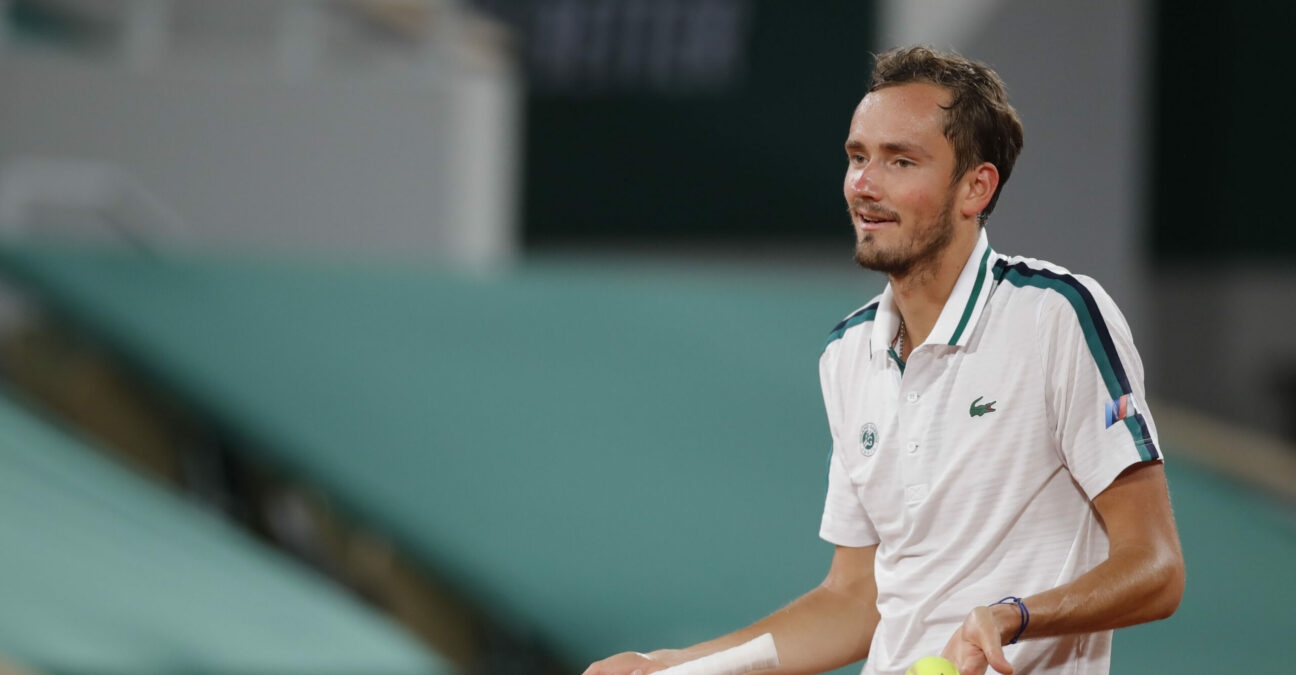 Seeded fifth Stefanos Tsitsipas defeated world No 2 Daniil Medvedev 6-3, 7-6, 7-5 to reach the semi-final of Roland-Garros for the second year in a row. While the win ended Medvedev’s chances of becoming world No 1 next week, one of the bigger talking points from the match was Medevdev’s underarm serve on match point.

Down 5-6 in the third and final set and facing match point, Medvedev decided to hit an underarm serve which Tsitsipas hit for a backhand winner to complete the straight-sets win.

Later, during the press conference, Tsitsipas claimed that he had sensed that Medvedev could come up with something different as the Russian changed his routine slightly – enough to prepare the Greek.

Describing the serve as a “very millennial shot”. Tsitsipas said, “Well, once he took a short break, I saw he kind of stopped. I felt like there was something coming up, so at that point I think I got prepared for it. Is that like — less of a second when you realize something is about to change from a regular, and it was fine. I mean, I had what I had to do.”

It was tactical, and I won’t say it was a mistake

On his part, Medvedev said that he had been thinking about using the underarm serve throughout the match since Tsitsipas was standing quite far behind the baseline while returning serve.

“I didn’t see the opportunity before, and this one I felt that he was kind of on top of me, so I thought it’s going to be a good choice to bring him (a) surprise. I sometimes do it in practice. Usually (the) guys are a bit surprised. They are coming to the low ball to slice, so that’s why I went to the net.”

This is not the first time that Medvedev has deployed the underarm serve. The Russian had also used the tactic at the Nitto ATP Finals last November against Alexander Zverev, which worked on that occasion en route to the win over the German. This time, it did not work out for Medvedev.

“But it didn’t work out at all. He had an easy ball to finish. He made it. But again, as I say, it was tactical, and I won’t say it was a mistake. It was something that I dared to do and just maybe next time I won’t do it knowing that he’s ready.”

Tsitsipas is through to play Zverev for a place in the Roland-Garros final on Sunday.