Every day, Tennis Majors looks back at some of the biggest moments in tennis history. On February 12, 1996, Thomas Muster became world No 1 for the first time

On this day, February 12, 1996, Thomas Muster, from Austria, who had played the best season of his career in 1995, passed Andre Agassi to become world No 1. “Musterminator”, who had dominated the clay-court season and triumphed at Roland-Garros, was the first and only No 1 in tennis history to have never won a single match at Wimbledon. He would remain at the top of the ATP charts for a total of six weeks.

Thomas Muster was born in 1967. Left-handed, he developed a typical clay court game, with a lot of spin on both sides and great fitness. His tactics relied on long and intense rallies from the baseline, which earned him the nickname “Musterminator”. He won his first title on the tour in 1986, in Hilversum, on red dirt, defeating Jakob Hlasek in the final (6-1, 6-3, 6-3). Although all his titles were claimed on clay until 1990, he had his Grand Slam breakthrough on hard court at the 1989 Australian Open, where he reached the semi-finals (lost to Ivan Lendl, 6-2, 6-4, 5-7, 7-5). That year, just after he beat Yannick Noah in the Miami semi-finals (5-7, 3-6, 6-3, 6-3, 6-2), he was hit by a car and his knee was badly damaged. After surgery, he left a print in tennis history with a picture of him hitting forehands while sitting on a bench with his leg in a cast. It became the very image of resilience. His will to come back paid off and he was back on the tour in 1990, and soon, he reached the semi-finals at Roland-Garros in 1990, losing to future champion Andres Gomez (7-5, 6-1, 7-5). Despite his first hard-court title in Adelaïde (defeating Jimmy Arias in the final, 3-6, 6-2, 7-5), he realised that playing on clay was much better for his knee and he specialized even more, claiming almost all of his titles on his favourite surface. He had notably triumphed at the Italian Open in 1990, and at the Monte-Carlo Open in 1992. In 1995, he completed one of the most successful clay-court seasons of all-time: remaining undefeated for 40 consecutive matches on red dirt, triumphing in Estoril, Barcelona, Monte-Carlo, Rome and finally at Roland-Garros (defeating Michael Chang in the final, 7-5, 6-2, 6-4). Later that year, he claimed his first Masters 1000 on indoor carpet, in Essen, defeating Pete Sampras in the semi-finals (7-6, 6-2) and MaliVai Washington in the final (7-6, 2-6, 6-3, 6-4). He finished the season as world No 3, having accumulated no fewer than 12 titles throughout the year.

In 1995, Thomas Muster completed the best season of his career, and possibly one of the greatest clay-court seasons of all-time. On top of his Roland-Garros crown, he had won 10 other tournaments on his favourite surface, including two Masters 1000, but he had also, to general astonishment, claimed a Masters 1000 titles on indoor carpet, with a remarkable win against Pete Sampras (7-6, 6-2).
His achievements were a bit overlooked, as most of his results had been obtained on clay, and because the rivalry between Sampras and Agassi had been the centre of attention. However, Muster finished 1995 as world No 3, and after Sampras was defeated in the third round of the Australian Open, the Austrian became world no 2.
Agassi still held the top spot, but he had just lost his Australian Open title, and he was the defending champion in San Jose. However, in 1995, the tournament had been held in the first week of February, and in 1996, it was held only in the second week. Thus, Agassi was going to lose his points before being able to defend his title. This is how Muster, who was playing the Davis Cup in South Africa, was assured to become world No 1 for the first time on February 12.
According to journalist Gerald Widhalm, who was in South Africa with Muster, the Austrian, who had defeated Wayne Ferreira (7-5, 6-7, 6-4, 7-6), reacted calmly to his No 1 ranking: “I am known for keeping my feet on the ground. I’ve been working towards this goal for years and I’m not going to freak out about it. I’m already too old and too mature for that.”
Even though he didn’t want to overreact at the time, Muster would recall that moment with pride, 20 years later, according to www.atptour.com.
“My No 1 in 1996 was based on my 12 tournament wins in 1995… I don’t know how many people can say that, measurably, they have been No 1 at something, the best in the world. I loved that moment.”

The following week, Muster would start his reign by a terrible loss in the first round of the Dubai Open, defeated by world No 161, Sandon Stolle (6-1, 3-6, 7-6). Meanwhile, Sampras would claim the title in San Jose and reclaim the No 1 spot. Muster would spend a total of six weeks on top of the ATP charts, and, in spring, he would would go on a second incredible clay-court winning streak, defending all his five titles in Mexico, Estoril, Monte-Carlo, Barcelona and Rome, before he was defeated, to huge surprise, by Michael Stich in the fourth round at Roland-Garros (4-6, 6-4, 6-1, 7-6). After a final important tournament claimed in March 1997 in Miami, where he beat Sergi Bruguera in the final (7-6, 6-3, 6-1), and a last quarter-final run at the French Open in 1998 (lost to Felix Mantilla, 6-4, 6-2, 4-6, 6-3), Muster would slowly decline and retire in 1999. 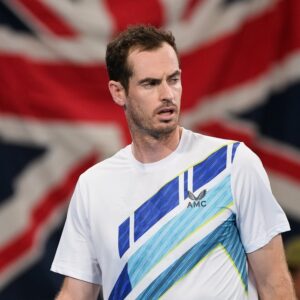 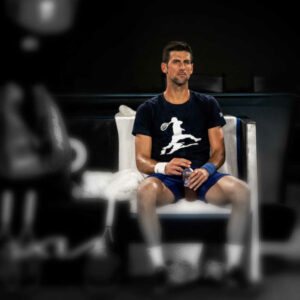 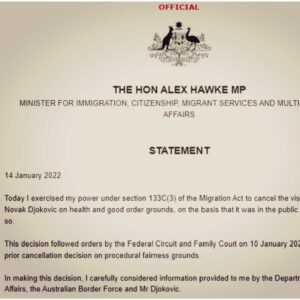 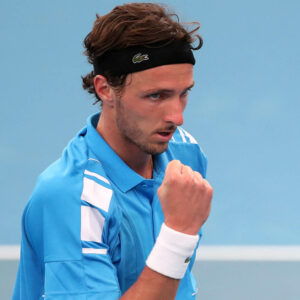