Tennis Majors > Our features > On this day > February 5, 1975: The day Ivan Lendl and Larry Stefanki played without an umpire

February 5, 1975: The day Ivan Lendl and Larry Stefanki played without an umpire

Every day, Tennis Majors looks back at the biggest moments in tennis history. On February 5, 1985, Ivan Lendl and Larry Stefanki finished a match without an umpire. 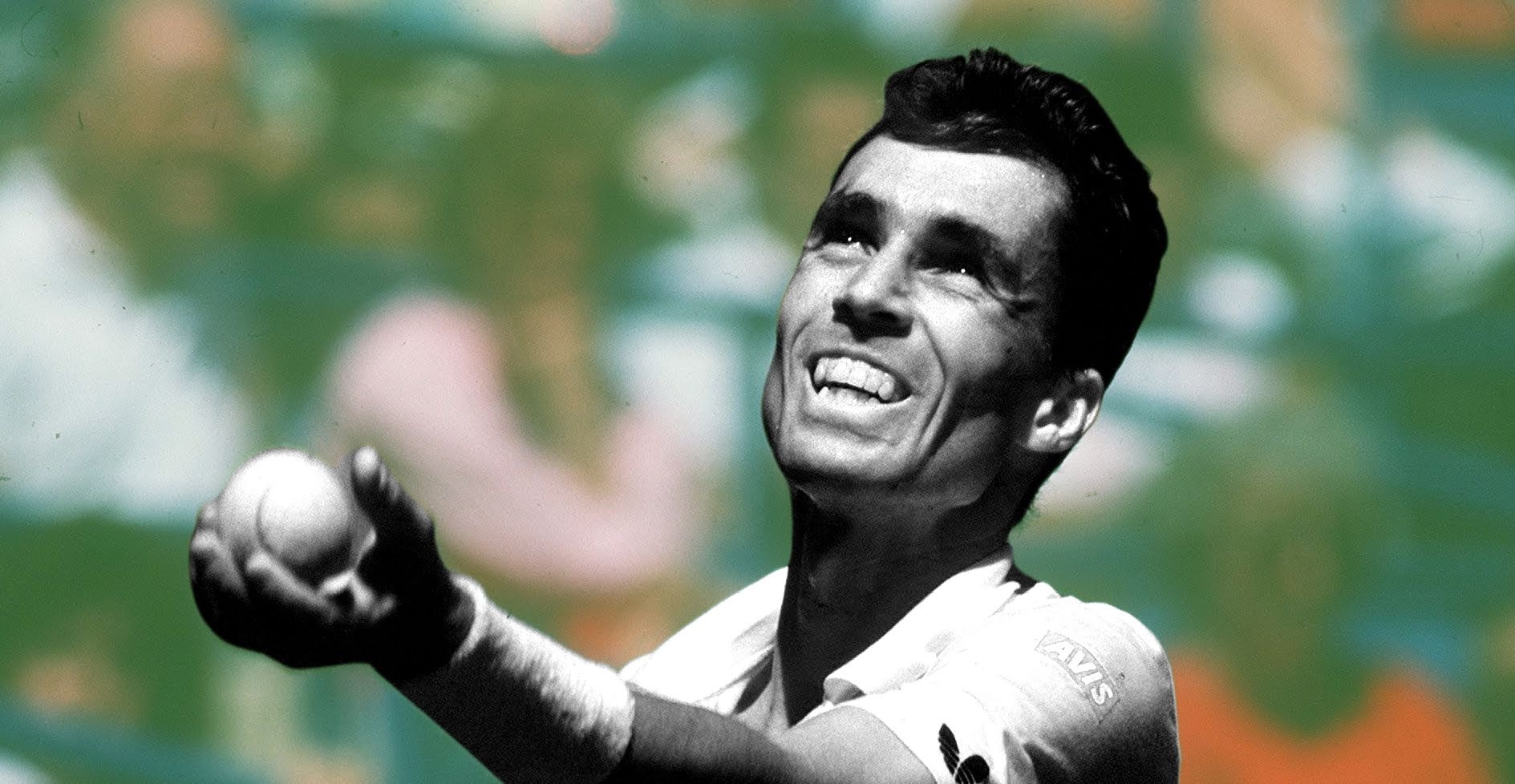 On this day, February 5, 1985, in Delray Beach, Ivan Lendl and Larry Stefanki finished their first-round match, won by the Czech (6-2, 6-0), without an umpire. Both players had stood up against Luigi Brambilla, after Stefanki was awarded a penalty point, and he ended up leaving the court, letting them make their own calls until the end of the match.

Born in 1960, Ivan Lendl set new standards in the baseline game, with a very powerful topspin forehand that allowed him to play aggressively while staying extremely consistent, pushing his opponents into a very tough physical challenge. He also set new standards in work ethics, practicing more than anyone before, paying attention to his fitness and to his diet in a way which tennis players were not used to. After turning professional in 1978, he stood as one of the four best players in the world since 1980, along with Bjorn Borg, John McEnroe and Jimmy Connors. Although he had won dozens of ATP tournaments, including the Grand Prix Masters in 1981 (defeating Vitas Gerulaitis, 6-7, 2-6, 7-6, 6-2, 6-4), he didn’t claim a Grand Slam title until 1984. In fact, he had been defeated four times in Grand Slam finals, once at Roland-Garros (in 1981, defeated by Bjorn Borg, 6-1, 4-6, 6-2, 3-6, 6-1), twice at the US Open (beaten by Jimmy Connors in 1982 and 1983), and once at the Australian Open (lost to Mats Wilander in 1983). In 1984, Lendl eventually triumphed at Roland-Garros, defeating John McEnroe in an epic final where he came back from two sets down to lift his first Grand Slam trophy (3-6, 2-6, 6-4, 7-5, 7-5). The same McEnroe took his revenge in the US Open final (6-3, 6-4, 6-1), and at the start of 1985, Lendl was world No 3. 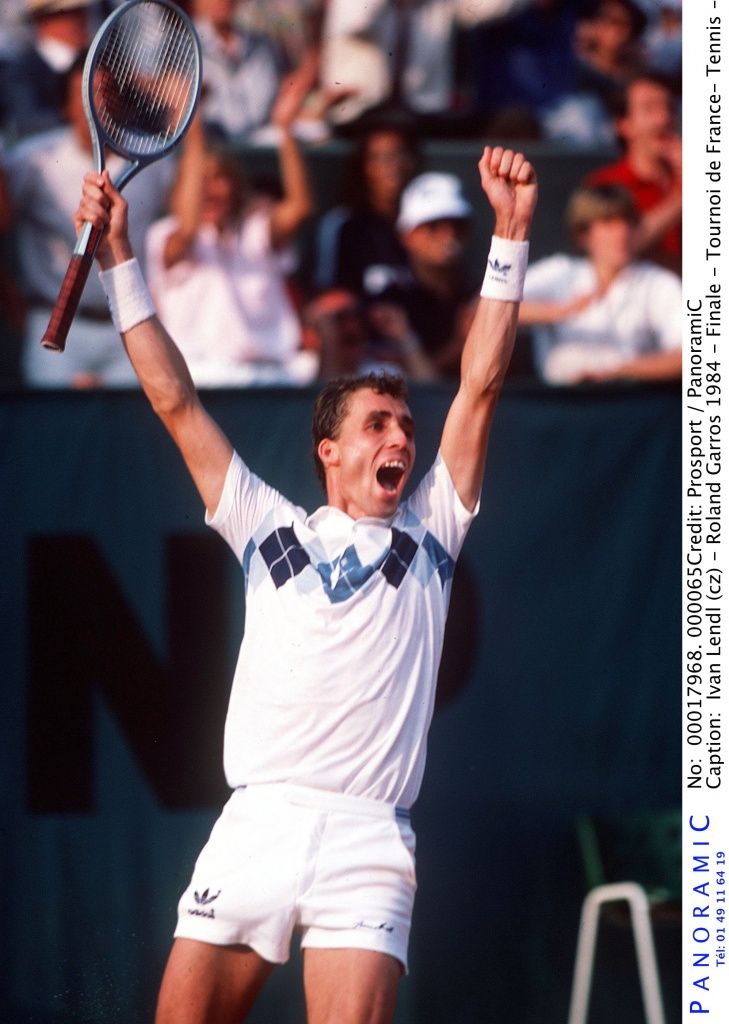 The 1985 Lipton International Players Championships, was a tennis tournament played on outdoor hard courts, and it was the first edition of what would later become the Miami Masters 1000. The event was held in Delray Beach, at the Laver’s International Tennis Resort, a club founded by Rod Laver’s cousin, Ian, and included 40 tennis courts.

During the first 11 games of the first-round encounter between Ivan Lendl and Larry Stefanki at the Lipton Championships, there was no reason to think that this match would live in tennis history. Lendl, world No 3, led 6-2, 3-0, 40-15 against the world No 141, who was totally outplayed by the Czech. On that point, when Lendl first serve was called in, making it an ace, Stefanki, who thought the ball was far out, came to the umpire, Luigi Brambilla, to question the call. Brambilla ignored him, and announced the score: 4-0 for Lendl. Stefanki waited for a response before serving the next game, and he was awarded a penalty point for delaying play. This time, it was Lendl himself who came to the umpire to protest. He didn’t think his opponent had done anything wrong, and he didn’t want to take this penalty point. “It was ridiculous”, the Czech explained later. “Stefanki is one of the nicest guys on the Tour. He just asked a question and deserved an answer. I told the umpire we would play at love-love.” Brambilla, puzzled by this unusual situation, then left the court to talk with the supervisor, but as he did, something even more unexpected happened.

While Brambilla was talking with Thomas Karlsberg, the supervisor, Lendl and Stefanki resumed playing. “Lendl said we should play while they are talking it over,” said the American. When the umpire came back, he told the players to start the fifth game, but, having reached deuce already, they refused. Brambilla, outraged, left the court for good, followed by his linesmen. It didn’t disturb the players. “We kept playing and the umpire left,” explained Stefanki. “Lendl and I made our own calls and somebody in the press box kept calling out the score.” This awkward situation was short lived, as Lendl wrapped up the match, 6-2, 6-0. After the traditional handshake, the Czech, who was not known for his sense of humor, made one of the rare jokes of his career, waving his hand at the empty umpire chair. Despite all that had happened already, this was maybe the most surprising event of the day.

No disciplinary actions would be taken against the players, but Brambilla would officiate only as a linesman until the end of the tournament.
“It was an officiating problem,” according to Ken Farrar, the chief of supervisors. “The match was not conducted in the highest standards of officiating. He should have answered the player’s question.”
Lendl would reach the last 16 of the tournament, defeated by Stefan Edberg (7-6, 6-4) and go on to dominate the sport for much of the 1980s.
The following week, in La Quinta, Stefanki would claim his first and only title on the Tour, defeating David Pate in the final (6-1, 6-4, 3-6, 6-3). Thanks to this result, he would reach the highest ranking of his career as world No 35. Stefanki would become more famous as tennis coach, having worked with several world No 1 players, including Marcelo Rios, Yevgeny Kafelnikov and Andy Roddick.