Ruud remains on a roll, Schwartzman also advances to Indian Wells fourth round

San Diego champion and Turin hopeful Casper Ruud maintained his fine form with a comeback victory over Lloyd Harris on Monday at the Indian Wells Masters. Ruud is joined in the round of 16 by Diego Schwartzman. 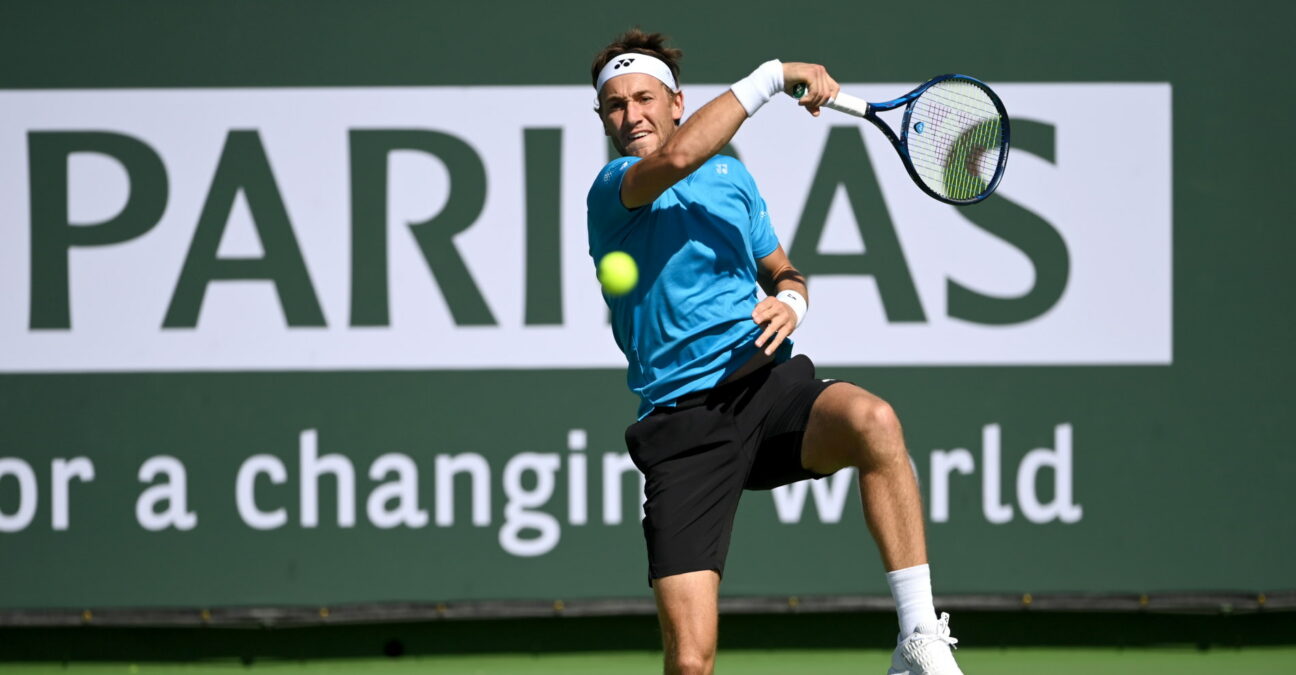 For a while it looked like Casper Ruud‘s hot streak would come to an end — or at least temporarily halted. But the in-form Norwegian had other ideas in his third-round match at the BNP Paribas Open on Monday afternoon.

Ruud trailed Lloyd Harris by a set and faced four break points at 1-2 in the second before storming back for a 6-7(4), 6-4, 6-4 victory. The world No 10 prevailed after two hours and 52 minutes to reach the last 16 in Indian Wells and boost his chances for a Nitto ATP Finals berth.

“It was a very tough match and I was fortunate to get through in the end,” Ruud commented. “There were only some points here and there that decided this match. I saved a lot of break points and in crucial points I stepped up my game.

“It was frustrating because Lloyd was playing well and I was not really feeling the groove like I felt in the first match. In the end I was fortunate to get through.”

The 22-year-old is currently seventh in the race to Turin (not including Rafael Nadal, who is injured and won’t participate in the year-end championship). Jannik Sinner would have to reach the Indian Wells final to have any chance of passing Ruud this week.

Taking place simultaneously in an early slot on the Monday schedule, the showdown between Diego Schwartzman and Dan Evans progressed in similar fashion to Ruud vs. Harris. Schwartzman dropped the opening set and trailed 4-2 in the second before completely turning the tide en route to a 5-7, 6-4, 6-0 triumph.

The 15th-ranked Argentine advanced after two hours and 19 minutes. He lost only eight points in the entire third set.