September 4, 1993: The day Mats Wilander and Mikael Pernfors combined for the latest finish in US Open history

Every day Tennis Majors looks back at the biggest moments in tennis history. On September 4, 1993, Mats Wilander and Mikael Pernfors shook hands at 2.26 a.m, the latest finish in the tournament’s history 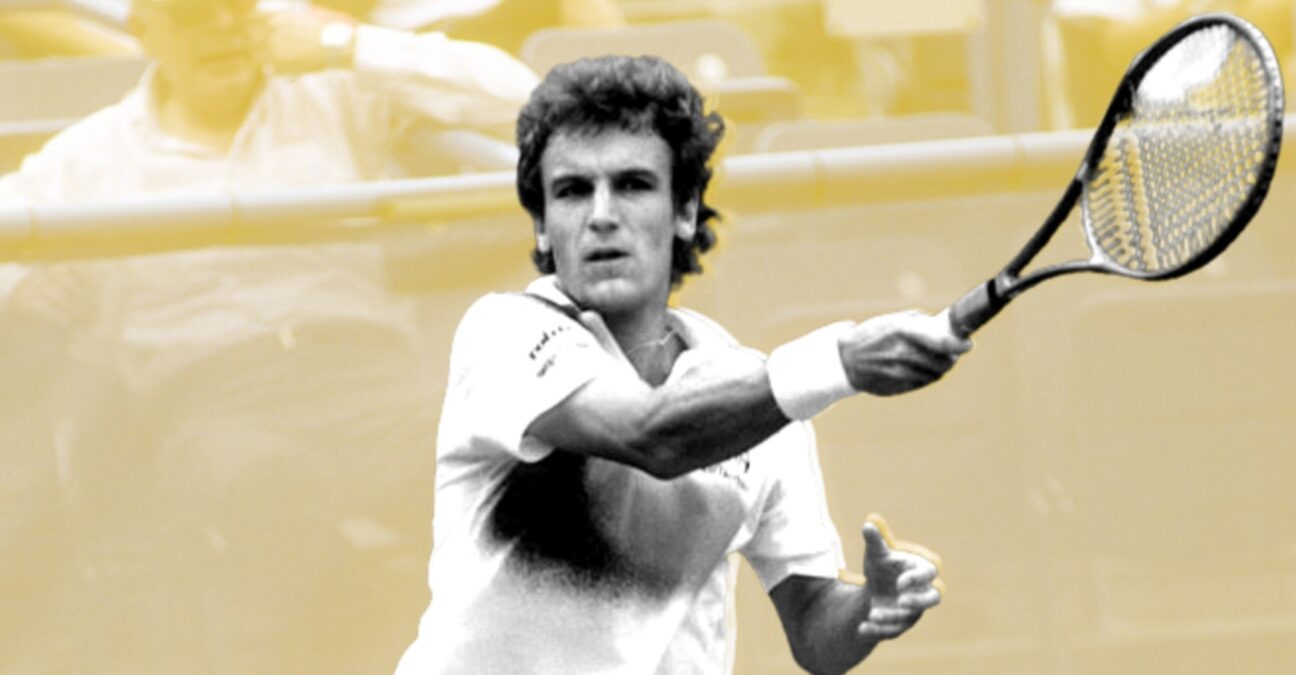 On this day, September 4, 1993, in the second round of the US Open, former world No 1 Mats Wilander, from Sweden, defeated his friend and countryman Mikael Pernfors (7-6, 3-6, 1-6, 7-6, 6-4), after a four-hour contest that finished at 2.26 a.m. It was the latest match ever completed at the US Open, and, although this record would be matched in the future, it remains unbeaten.

Mats Wilander, born in 1964, had been very successful at a particularly young age. In 1982, aged only 17 years and 10 months, he had become the youngest player ever to lift a Grand Slam trophy, beating clay court legend Guillermo Vilas in the final (1-6, 7-6, 6-0, 6-4). He had also made himself famous for a memorable act of sportsmanship earlier in the tournament. In the semi-final against Jose-Luis Clerc, on his first match point, he reversed a call that was sealing his victory after the umpire had already announced “game, set and match”. In 1982, in a Davis Cup quarter-final, he also played the longest match of the Open Era, losing after six hours and twenty-two minutes of play to John McEnroe (9-7, 6-2, 15-17, 3-6, 8-6).

The runner-up to Frenchman Yannick Noah at Roland-Garros in 1983 (6-2, 7-5, 7-6), he claimed a second Grand Slam crown a few months later, defeating Ivan Lendl (6-1, 6-4, 6-4) to triumph on the Australian grass to general astonishment, as his game style was more suitable for clay courts. In 1984, he successfully defended his title in Melbourne (defeating Kevin Curren in the final, 6-7, 6-4, 7-6, 6-2), and in 1985, he added a second Roland-Garros trophy to his list of achievements (beating Lendl in the final, 3-6, 6-4, 6-2, 6-2). Wilander had also led the Swedish team to its first ever Davis Cup title, in 1984, a feat that was repeated in 1985 and 1987. 1988 was undoubtedly Wilander’s peak year: after claiming three out of the four Grand Slam titles, he reached world No 1 on September 12. However, following this great season, Wilander quickly declined, and by the end of 1989, he was out of the top 10 once and for all, never reaching another Grand Slam final. In 1991, his ranking dropped to world No 157 and, after a first-round loss at London’s Queen’s Club, he stayed away from the Tour for almost two years. However, in 1993, he appeared again in a few tournaments, and by September, he was world No 558.

The US Open (known as the US Nationals before 1968 and the start of the Open Era), was established in 1881, and, although it is the only Grand Slam to have been played every single year without an interruption since its beginning, it moved several times locations throughout the 20th century. First held in August 1881 on grass courts at the Newport Casino, on Rhode Island, the tournament moved to New-York in 1915, where it was held at the West Side Tennis Club, at Forest Hills until 1977 (with the exception of years 1921-1923, when the event was moved to Philadelphia). In the years 1975-1977, the event was played on clay. In 1978, the US Open left the West Side Tennis Club, which was now too small for such an important event, for the USTA National Tennis Center, located in Flushing Meadows, New-York. At the same time, the decision was made to change the surface to hard courts. The Tennis Center was one of the biggest tennis complexes in the world:  its centre court at the time was the Louis Armstrong Stadium, which had a capacity of 14,000 spectators.

In September 1993, Mats Wilander, a seven-time Grand Slam champion, was far away from his past glory. He had struggled with motivation after having reached world No 1 in 1988, and he had almost retired in 1991. In 1993, however, he made a few appearances on the Tour, without much success, and, world No 558, he only entered the US Open draw thanks to a wildcard, which the officials could not refuse to the 1987 runner-up and 1988 champion. Wilander honoured this invitation with a convincing first-round win against world No 77, Jaime Oncins (7-5, 7-6, 7-6).

His second-round opponent, countryman Mikael Pernfors, was a long-time friend, and he had also come back from nowhere in 1993. Injuries had prevented him from playing at his best in 1991 and 1992 (his ranking had even dropped to world No 1002 in 1991), but according to his recent results, he was in great shape again: in July, he had triumphed at the Montreal Super 9 event (the equivalent of today’s Masters 1000), scoring a great win in the round of 16 against world No 2, Jim Courier (6-3, 6-2).

Despite not being the favourite, Wilander won the grinding contest in the first set, which he took 7-6, but he seemed to run out of fuel in the following sets, which he lost 6-3, 6-1, losing his serve four times in a row. However, he gathered himself together in a memorable fourth set, and pushed Pernfors into a dramatic tiebreak, where Wilander failed to convert two set points at 6-4, before sealing the set, 8-6, to start a fifth set at 2 a.m. In this last set, the former No 1 was the first to break serve, only to be broken back straight away. “When I got the break in the fifth set, I thought that was the turning point,” Wilander said, according to the New York Times. “He turned it straight back.” It was just a matter of time before the 1988 champion could seal the match, as his opponent was hit by cramps. Wilander broke Pernfors’ serve in the 10th game, and it was 2.26 a.m, the latest finish in US Open history, when the Swedes hugged each other at the net in front of a scattered crowd.

During the press conference, asked by journalists if he had ever played that late, Wilander joked: “Played what?” “The thought never crossed my mind to play five sets,” said Wilander, who, in the last months, had claimed he was only coming back for fun. “I was hoping I wouldn’t have to.”

Pernfors didn’t seem to think that Wilander’s return was particularly “fun”. “Everyone is talking about how he’s doing this for fun,” the former Roland-Garros runner-up said. “Mats wants to win just as bad as anybody. And I don’t know, I mean it just seems like even though he doesn’t play, he doesn’t get tired. It seems like he is in very good shape.”

What next: Wilander and Pernfors retire; Late record matched twice