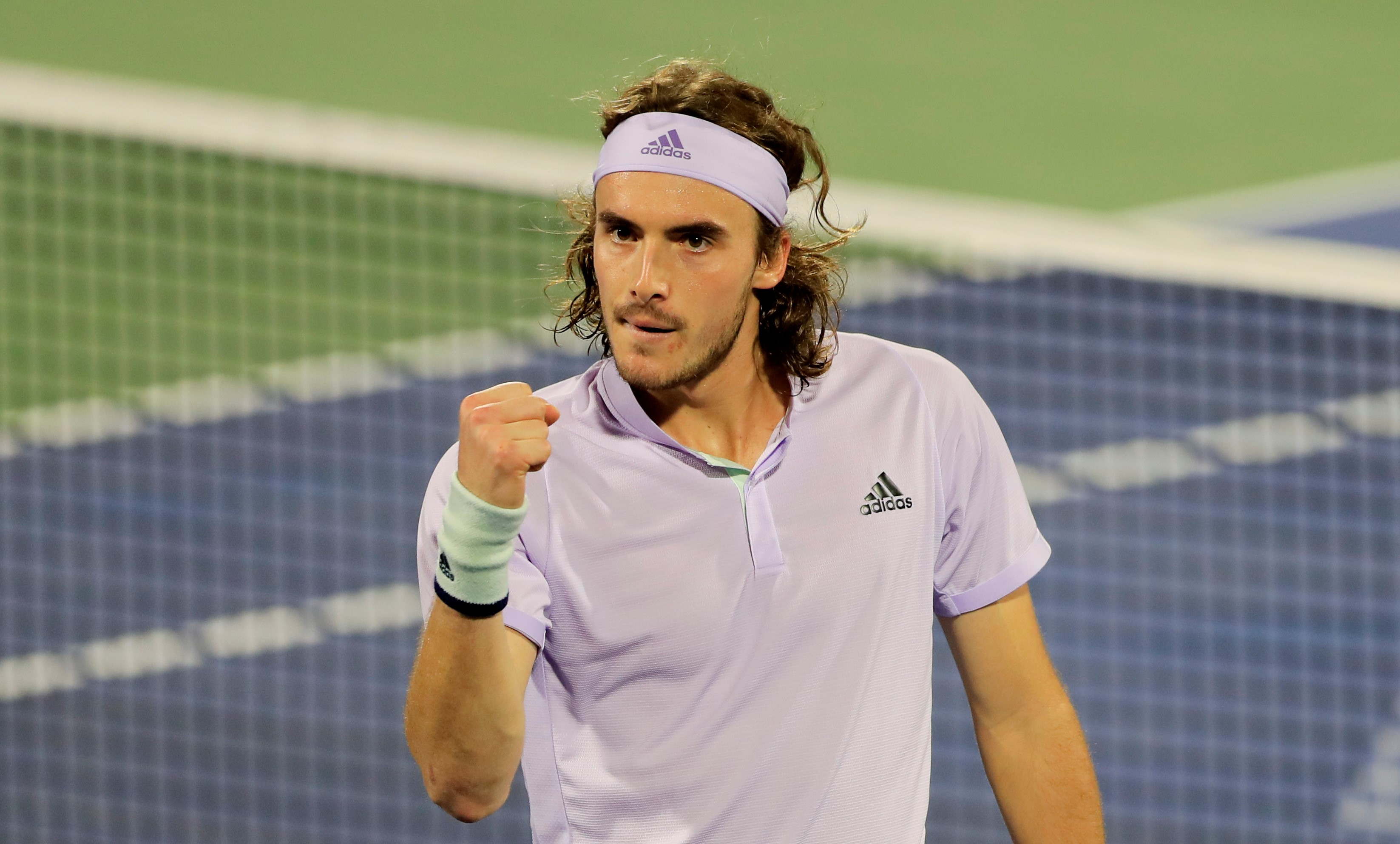 Victory means a final meeting with either world No.1 Novak Djokovic or Gael Monfils, who are second up in the Dubai night session.

“I just managed to stay solid throughout the whole match, didn’t have much breakdowns and just played a good quality of tennis,” said Tsitsipas after his win. “I didn’t feel much stress today on the court, I haven’t played Dan before but despite that I was quite calm and really impressed by the quality of my game today. I really hope to bring the same, and possibly even better, into the next round.”

🇬🇷 @StefTsitsipas returns to the @DDFTennis final after defeating Evans 6-2 6-3!

It was a confident start from Evans, a high first serve percentage allowing him two confident early holds as his opponent struggled to find any rhythm on his return game. But the problem would always be how he would break the serve of the intimidating 6’4” Tsitsipas.

And it was the second seed who made the early breakthrough, a superb backhand crosscourt return beating the onrushing Evans before he even got to the service box.

Playing with a little more freedom after breaking the Evans serve, Tsitsipas hammered home his advantage to break again and serve out the set after just 34 minutes of play.

This is for you 😍

Evans has enjoyed a superb run in Dubai, beating Fabio Fognini, Pierre-Hugues Herbert and Andrey Rublev en route to his first ATP Tour 500 semi-final. And perhaps the exertions of the week finally caught up with the Briton in his first meeting against the world No. 6, Tsitsipas breaking again in the third game of the second set to establish a stranglehold on the match.

The Briton showed fighting spirit in the second set, digging out some gutsy holds in the face of the Tsitsipas onslaught. But it was really just delaying the start of the Djokovic vs Monfils clash, Tsitsipas breaking again to run out a comfortable winner.

How good is that❗

“I found momentum, I’m executing really well with my forehand, which played an incredible role today in the match,” added Tsitsipas. “I won most of my points from the forehand side, which is my biggest weapon and my serve helped a lot as well. I don’t know if I had any break points on my serve but I think my aggressive game, trying to take the ball early, trying to attack and not doing much defence helps a lot.”