Home » News » US Open » Djokovic: “I hope people still keep on talking about the Big 3”

Djokovic: “I hope people still keep on talking about the Big 3”

Fans aren’t the only one hoping the Big 3 will have many more years of competing on Tour. Novak Djokovic shares this feeling! 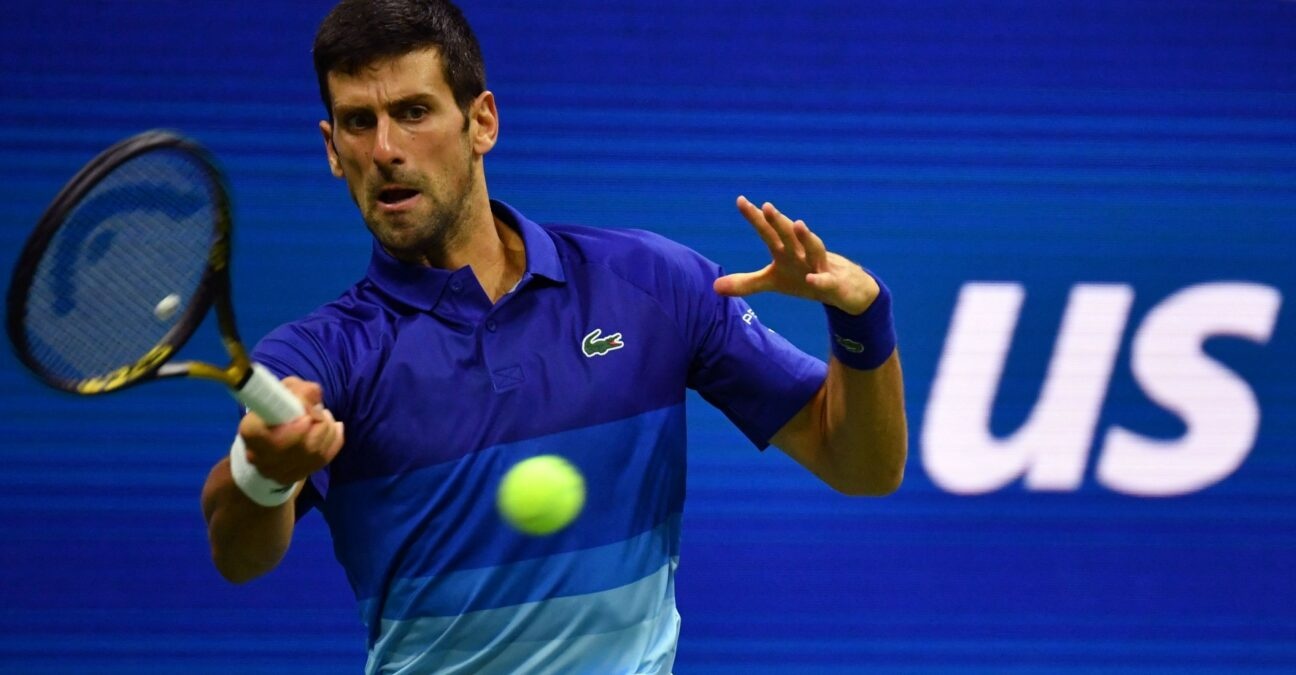 Novak Djokovic has five more matches to win now, aft beating Tallon Griekspoor (6-2, 6-3, 6-2) in Thursday’s night session, to become the first male player to do the Grand Slam since Rod Laver in 1969. If he achieved what has been deemed nearly impossible, he will own 21 Grand Slam titles and so break his tie with Roger Federer and Rafael Nadal.

The Serb often said through the years that it’s this rivalry that helped him achieve so much because they kept pushing each other, so of course, when asked who he thought would be the better player between Nadal and Federer on a so-called neutral surface, he couldn’t answer and decided instead to send some deserved flowers to their Big 3 era.

“What is a neutral surface? Is it ice, is it water? (Laughter.) It’s difficult to say who is better. The three of us, we’re all so different. We have different styles. We have different trajectories or journeys to where we are at this moment. We all had tremendous success, some more particularly on one surface, some the other surface.”

The more traction, the more conversation there is around the three of us, the G.O.A.T. discussion, et cetera, the better in general for our sport.

“We do complement each other. I think the rivalry between the big three, so to say, it’s phenomenal for our sport. So the more traction, the more conversation there is around the three of us, the G.O.A.T. discussion, et cetera, the better in general for our sport. I hope people still keep on talking about it.”

Djokovic has full attention without Federer and Nadal

In the meantime, as Nadal and Federer are not in New York this year, “Nole” sees no issue enjoying the full attention his shot at tennis history deserves. So seeing his face all over the city every day is more delight than pressure.

“That’s not going to affect my game. But, of course, it’s a privilege and of course, it’s flattering to see my photos, most of the posters of the promotion of the tournament around the city. Of course, as a tennis fan, as well, I’d like to see as many people as possible. If I and Naomi manage, along with other players, to attract more people to the US Open, to the stands, great.”

It’s a privilege and of course, it’s flattering to see my photos, most of the posters of the promotion of the tournament around the city.

“Of course, the absence of Serena, Rafa, Roger, Dominic, Venus, is affecting, no doubt about it. But we are here. I feel also the players who are here, along with me on the men’s side, deserve the credit. They’re the next generation. We need to do more promotion of their own stories, their own brands. I know that people like to see the three of us on the men’s side, of course Serena, the Williams sisters, Naomi, probably some big stars on the women’s side also. I always felt like we need to put more players in the mix, so to say.”

“But we are also a particular sport that has only one winner. It’s an individual sport. You get the most highlight, most attention when you win a tournament. With teams, it’s quite different. There’s big commercial machinery, behind the teams in basketball or football. But I think tennis is doing well. Whether we have used all our potential, I don’t think so. We can do much better in general commercially, also promoting maybe players and brands. But it’s going in the right direction.”

Fully engaged in his historical quest, Djokovic is also able to think about the bigger picture. Will it overall help him overcome the rising pressure? We’ll soon know about that!