Even if he starts as the favourite, the task facing Novak Djokovic to win in New York and seal a historic Grand Slam may be more complicated than you think. The US Open has always been a very hard tournament to win, even for himself – perhaps the hardest 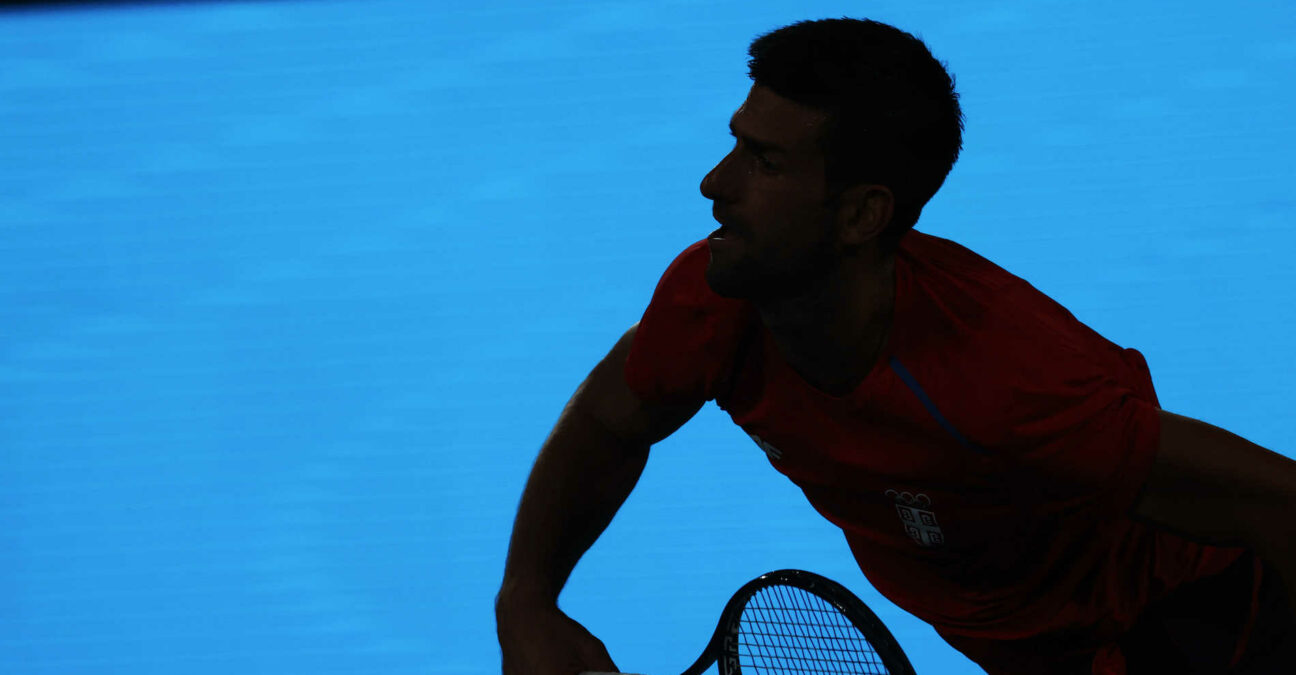 As soon as the draw for the US Open men’s singles was made last Thursday, there was a general agreement: Novak Djokovic had an “easy” draw, a straight line to the gates of history and the calendar Grand Slam, the first for a man since Rod Laver did it in 1969.

It is true that, until the semi-finals at least, none of the theoretical opponents of the world No 1, taken one by one, seems able to scare him – especially his first-round opponent, the 18-year-old Danish qualifier Holger Rune whose talent is obvious but who still seems to be a little green to make a dent in the Serb’s armour.

The main danger for Djokovic is himself. After all, we don’t know exactly where he stands physically, after leaving the Olympic Games drained, possibly injured, and then missing the two North American Masters 1000 tournaments in Toronto and Cincinnati. But forget that he has not had a competitive match since losing to Pablo Carreno Busta in the bronze medal match at the Tokyo Olympics. His preparation leading into the final Grand Slam of the year is likely to have been second to none, regardless of his absence from tournaments.

The issue is not physicality. Djokovic’s most resilient conqueror is invariably his temper. Last year’s debacle in New York proved that, and he showed that those particular problems have not yet been entirely eliminated with his outburst in Tokyo last month. As he closes in on an achievement that has not been managed by a man in over half a century, Djokovic needs to keep composed – and that may be more tricky that anything else he has to deal with on a tennis court.

Although he rightly recalled that he has some expertise in dealing with pressure, he also acknowledged that this one would be different, given the stakes. Serena Williams, who was in the same position as him in 2015 and whose mental strength is not in doubt, ended up losing to Roberta Vinci in the semi-finals. This precedent should not be overlooked.

The US Open is always a very complicated Grand Slam in every respect. While the French Open is often portrayed as the most difficult Grand Slam to win, at least in physical terms, the US Open is the one that is least easy to win – even for the very best.

If you look at the statistics of the Big Three, for example, it is amusing and significant to note that they have won the first three Grand Slams of the year (Australian Open, French Open and Wimbledon) 16 times in total, but ‘only’ 12 times in the last one, in New York. There, none of the trio has ever really been able to establish a dominance – everything is relative, of course – as each of them has been able to do, in Melbourne for Djokovic (9 titles), in Paris for Nadal (13), at Wimbledon for Federer (8). 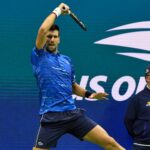 Djokovic has contributed only three of those 12 US Open triumphs for the Big Three. New York is the venue where other top players enjoy their chance to shine; it is where Andy Murray won his first Slam, for example, beating Djokovic in the final, and where Juan Martin del Potro won in 2009, defeating defending champion Roger Federer and breaking the Swiss’s five-year winning streak there. It is where Kei Nishikori and Marin Cilic guaranteed a brand-new champion in 2014, knocking out Djokovic and Federer respectively in the semi-finals.

At the US Open, Federer holds the record for most titles (equal with Sampras and Connors) thanks to his five consecutive titles between 2004 and 2008. That’s a lot, of course. But that was when he was the absolute master on every court in the world that wasn’t clay. The fact that the Swiss has only made two finals there since that streak (2009 and 2015) says a lot about the difficulty of playing comfortably in New York, where the pitfalls are innumerable.

The most entertaining tournament on the circuit?

First of all, there are of course the very special playing conditions, with this huge centre court (23,500 seats, the largest in the world), a crowd that is always electric (especially as the fans return this year after last year’s absence) and weather that is often hot and very humid, even if the forecasts are not too dramatic for the next two weeks.

If you add to that the atmosphere, you end up with a tournament that is certainly the most “entertaining” on the circuit – the expression is Djokovic’s – but which is also the one where it is the most difficult to keep your cool. The Serb, who was disqualified last year in the quarter-finals after accidentally striking a ball at a line judge, knows something about this.

But what makes the US Open a more random tournament than others, beyond its conditions, is also its surface. Hard court is the most universal of surfaces, the one that probably best plays to everyone’s strengths, whereas clay and grass remain, whether we like it or not, very specific surfaces.

In New York, only the strongest players can hold on until the end

There is also a major difference between the US Open and the Australian Open, which is also played on outdoor hard courts: the position in the calendar. Melbourne takes place at the very beginning of the season, when the players are still fresh and ready. The US Open comes at the end of the season, when the bodies are starting to feel the wear and tear. That’s what makes it so selective: only the strongest players can hold on until the end.

Younger players will want to prove themselves. Dominic Thiem, Alexander Zverev and Daniil Medvedev have all featured in the final in the past two years; the latter two, at least, along with Stefanos Tsitsipas will be title contenders again this year. Zverev was in scintillating form as he won the title in Cincinnati, dropping only a single set and dismissing challengers including Tsitsipas and Andrey Rublev. Medvedev had won the title in Toronto the week before, and made it to the semi-finals in Cincinnati. They are both strong contenders to win their first Slam in New York next month. 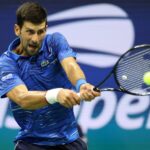 Djokovic will know how tough the younger players can make it for him. Wimbledon might have been a relatively easy stroll for him – with semi-final opponent Denis Shapovalov proving perhaps the hardest obstacle to overcome ahead of the final, where Matteo Berrettini won the first set before being brushed aside. But Roland-Garros was a trickier task, with Lorenzo Musetti pushing him to five sets before having to retire in the fourth round, and Berrettini again taking a set off him in the quarter-finals. And the Australian Open, back in February, was by no means straightforward for him, with Taylor Fritz forcing him to five sets in round three, and Milos Raonic and Frances Tiafoe both taking him to four.

The burden of bearing the superstar spotlight

Djokovic is, of course, the only one of the Big Three at Flushing Meadows this year. Without Federer and Rafael Nadal, he will bear a lot of the media spotlight for the men’s singles competitors; Murray is in the draw, and always commands headlines, but is not expected to challenge for the title. Djokovic is expected to be there right to the end of the tournament; it must surely be an immense pressure for him. He can’t even share that burden with another history-chasing superstar, because Serena Williams has already had to pull out of the women’s singles with her persistent hamstring injury. Djokovic will have to go solo.

At his Media Day press conference on Friday, Novak Djokovic said that he has always played well at the US Open. It’s true that it’s a tournament that is associated with him, since it was there that he reached his first Grand Slam final in 2007 (losing to Federer). And since then, he has never lost before the second week, unlike the other three Grand Slams.

He has also made some legendary contributions, such as his epic final against Nadal in 2011 and his two semi-finals against Federer in 2010 and 2011, which he won by saving match points.

On the other hand, it is also at the US Open that the Serb has had the most disappointments: apart from the disqualification episode, it is in New York that he has lost the most Grand Slam finals (5), with only three wins to his credit – by his standards, a let-down.

In short, Novak Djokovic has a rather ambivalent relationship with the US Open, very “I love you, I love you not”. It’s not unique to him. It’s linked, rather, to the specific challenges of a tournament that is quite simply out of the ordinary – as is the historic challenge he is about to tackle. As titanic as Novak Djokovic is, he has to realise the difficulty of the task that awaits him – appropriately enough in a city where everything is more outsize than anywhere else.